Morris: The West creates, backs and supports the bad guys, so that it can go in and save the world. Source
Posted by Angelo Agathangelou at 11:53 pm No comments:

U.S.-EU Trade Deal is the Foundation For a New Global Economic Order!!!

Dana Gabriel: The U.S. and EU have agreed to launch negotiations on what would be the world's largest free trade deal. Such an agreement would be the basis for the creation of an economic NATO and would include trade in goods, services and investment, as well as cover intellectual property rights. 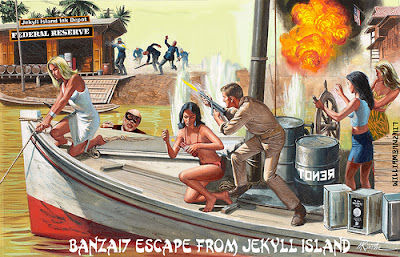 There are concerns that the U.S. could use these talks to push the EU to loosen its restrictions on genetically modified crops and foods. In addition, the deal might serve as a backdoor means to implement ACTA which was rejected by the European Parliament last year. A U.S.-EU Transatlantic trade agreement is seen as a way of countering China’s growing power and is the foundation for a new global economic order.
In his recent State of the Union address, President Barack Obama officially announced that the U.S. would launch talks on a comprehensive Transatlantic Trade and Investment Partnership with the European Union (EU). A joint statement issued by European Commission President Jose Manuel Barroso, European Council President Herman Van Rompuy and U.S. President Obama explained that, “Through this negotiation, the United States and the European Union will have the opportunity not only to expand trade and investment across the Atlantic, but also to contribute to the development of global rules that can strengthen the multilateral trading system.”
Read more »
Posted by Angelo Agathangelou at 7:54 pm No comments:

The Israeli regime 'secretly deports' 1,000 Sudanese who will face persecution at home

RT: The Israeli Regime has deported at least 1,000 Sudanese on 'voluntary leave,' Haaretz reported. The UN Refugee agency said it was not informed of the move, and that the deportees were forced to return to Sudan where visiting or living in Israel is a crime. The repatriation was reportedly carried out secretly over the last few months through a third country.
The UN high commissioner for refugees claimed he had no knowledge of the deportations, and that the repatriation was likely not voluntary because there is no “free will from inside a prison,” the newspaper reported.
Sudan is an outspoken enemy of the Jewish state; a visit to the country is punishable under Sudanese law, and residing in Israel is prosecuted as a grave crime. Sudanese passports state they are valid in every country except Israel. Human rights activists believe the persecution for visiting Israel is enough ground to grant refugee status to Sudanese immigrants.

Read more »
Posted by Angelo Agathangelou at 7:25 pm No comments:

Avaaz: Big banks are hiding billions in tax havens around the world. In just 24 hours, the faux European Parliament could be shamed into pushing through a reform to make them pay their fair share of tax on their already oversized profits -- but to win they need our support.

Banksters are using complex accounting tricks to avoid paying tax like the rest of us, and they're not even required to tell us where their money is. But now the faux European Parliament has been forced to shine a light onto their tax avoidance. It's a no-brainer reform that expert economists widely support -- but key shill governments including the UK and Germany are siding with rich banksters to kill the proposal.

Negotiations end in just 24 hours time, and allies in Parliament say that with massive public support, we can win this landmark reform to end banks' tax dodging. Sign the petition and tell everyone -- if we urgently raise 150,000 signatures from across Europe, MEPs will have no choice but to deliver our message right into tomorrow's crucial meeting:

Read more »
Posted by Angelo Agathangelou at 3:31 pm No comments: 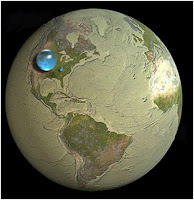 By Doug Hornig and Alex Daley: Water is not scarce. It is made up of the first and third most common elements in the universe, and the two readily react to form a highly stable compound that maintains its integrity even at temperature extremes.
Hydrologist Dr. Vincent Kotwicki, in his paper Water in the Universe, writes:

"Water appears to be one of the most abundant molecules in the Universe. It dominates the environment of the Earth and is a main constituent of numerous planets, moons and comets. On a far greater scale, it possibly contributes to the so-called 'missing mass' [i.e., dark matter] of the Universe and may initiate the birth of stars inside the giant molecular clouds."
Oxygen has been found in the newly discovered "cooling flows" – heavy rains of gas that appear to be falling into galaxies from the space once thought empty surrounding them, giving rise to yet more water.
How much is out there? No one can even take a guess, since no one knows the composition of the dark matter that makes up as much as 90% of the mass of the universe. If comets, which are mostly ice, are a large constituent of dark matter, then, as Dr. Kotwicki writes, "the remote uncharted (albeit mostly frozen) oceans are truly unimaginably big."
Back home, Earth is often referred to as the "water planet," and it certainly looks that way from space. H2O covers about 70% of the surface of the globe. It makes all life as we know it possible.

Read more »
Posted by Angelo Agathangelou at 11:39 am No comments:

Residents of the Hatay province in Southern Turkey are in a great dismay over their country's role in the Syrian crisis.
Posted by Angelo Agathangelou at 10:30 am No comments:


Read more »
Posted by Angelo Agathangelou at 9:08 am No comments:

Morris: Our Democracies are a case of which psychopath to choose from, and who chose those psychopaths. This creates a lure to join the Cults. But they in turn are manipulated by the Intel agencies and their chiefs and members. Source
Posted by Angelo Agathangelou at 3:08 am No comments:

RT: The US, UK, Japan and eurozone are desperate to grab a slice of someone else's growth if they can't generate any of their own. How badly will this go down with the developing world? And are we seeing a money printing competition? Is printing money a good idea at all? CrossTalking with Ed Butowsky, Uri Dadush and Martin Hennecke.

Read more »
Posted by Angelo Agathangelou at 2:00 am No comments:

Citi: "This Is The First European Election In Which Voters Didn't Do The Right Thing"

Submitted by Tyler Durden: When a note by a Citi FX strategist begins with the following proclamation endorsing outright fascist despotism, you know it's going to be good: "This is the first European election in which voters didn't do the right thing." Perhaps if Citi would be so kind to overrule the democratic vote, in which 55% or the majority of the people voted against the "right thing", 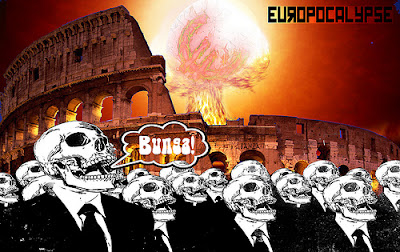 and impose its own unelected Italian dictator, just like Goldman did in November 2011, that long EURUSD call would be happier? Then it only gets better: "Elections are more problematic than market scares or sentiment shifts as they can't be undone by printing money" (sic). True: some things outright money debasement by central banks can't buy - for everything else there are Siberian Gulags. And the absolute punchline: "Still the outcome does not seem so dire that a bit of growth and ECB flexibility could not turn it around." Why yes, all Europe needs is a "little growth" obviously in lieu of lots of growth, but frankly it will settle for any growth - something it has been unable to do under the wise tutelage of the banker-dominated oligarchy for the past four years, as for that little "ECB flexibility" - wink wink: just where would you like those Euro Stoxx Steve?
From Citi's Steven Englander:


1) The bad news first. This is the first European election in which voters didn't do the right thing. Instead they gave surprising support to politicians who reject austerity and, in some cases, the euro.

AJ: Alex welcomes former Congressman Ron Paul to break down the use of force by federal agents to enforce unjust and unconstitutional laws and the victimization of Americans for simply engaging in commercial transactions.

Read more »
Posted by Angelo Agathangelou at 12:00 am No comments: