"We'll Kill the Dollar!" - For Whom the Bell Tolls

Snordster: From Doug Hagmann of Canada Free Press comes a chilling account of what's in store for us if we continue to ignore the bare-faced warnings of Obama himself. Here
Some might be surprised to learn that the fate of America's economy has already been determined, verified and announced by the Obama White House. 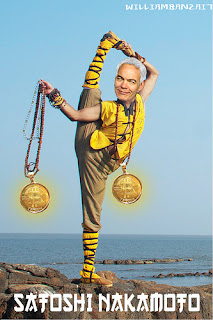 Submitted by Tyler Durden: In the last 48 hours, the price of the virtual currency has surged by 50% from $94 to $141 as the rate of expansion goes more than parabolic. This leaves us with the question, which line item on the Fed's Balance Sheet is 'Virtual Currency Transactions'... what better way to destroy an up and coming currency competitor than to blow a bubble in it and explode it?

Read more »
Posted by Angelo Agathangelou at 5:36 pm No comments: Links to this post

Whistleblower Brings 9/11 Truth to The UK

AJ: On February 25, in the small town of Horsham in the United Kingdom, there will be a rare and potentially groundbreaking opportunity for the 9/11 truth movement. Three hours of detailed 9/11 evidence is to be presented and considered in a court of law where the British Broadcasting Corporation (BBC) will be challenged over the inaccurate and biased manner in which it has portrayed the events and evidence of 9/11.

Italy Goes "Cyprus" On Sicilian Mafia, Seizes Record $1.7 Billion In Cash And Assets - from one dude!

Submitted by Tyler Durden: Think only Cyprus is where the government goes after "evil", tax-evading oligarchs? Think again. Overnight news broke that the Italian police have seized a record $1.7 billion in cash and property from a single person, a Sicilian "alternative energy" entrepreneur alleged to have close ties to the Mafia. As Bloomberg reports, Italy's anti-Mafia investigators said in a statement today that Vito Nicastri, a 57-year-old native of Alcamo, near Trapani, was placed under surveillance and must remain in Alcamo for three years. He is accused of declaring for tax purposes a fraction of the value of his businesses. Italian media have dubbed Nicastri the "king of alternative energy" for his vast holdings in wind farms and photovoltaic cell companies. Police said the seizures include 43 companies; 98 pieces of real estate including buildings, homes, stores and land; 66 bank accounts, credit cards and investment funds.
And so, in two brief weeks, cash-strapped European nations have declared war on both Russian billionaire oligarchs and the Sicilian mafia. One wonders how long until Swiss authorities follow suit and "impair" Triad and Yakuza savings in Zurich and Geneva, and sets off a global "us versus them" scorched earth war?

Perhaps it is time to petition Coppoloa to go easy on the winemaking and instead prepare to shoot the latest installment of what will soon be the Godfather quadrilogy based on real events? Source

Posted by Angelo Agathangelou at 3:00 pm No comments: Links to this post

UK PAEDOFILE SPECIAL: The Fat Kitten at the CICA on £95,000 a year who keeps sex-abuse victims waiting for their compensation

Three years after an ‘urgent review’ of the CICA, Carole Oatway is still there. Why?

…and Why has Ken Clarke made it harder for sex-abuse victims to claim compensation?
The Slog: The disgrace of an Establishment ethically unable to prosecute paedophiles among their own ranks is compounded this morning by the news that three years after Ken Clarke called “an urgent review” of the CICA compensation quango, its boss Carole Oatway is still there. The woman on whose watch the CICA overspent its budget by £50 million remains intacta – albeit not virgo: her CICA offers systemic sex-abuse victims paltry sums…or doesn’t pay them at all. But come what may, it seems, Mandarins and paedophiles who violate are themselves inviolate. The Slog investigates.
Paedophiles skip bail or rush to Asia when they first realise that the game’s up. Music teacher Derek Cable, a teacher at Stowmarket Middle School, was jailed by Ipswich Crown Court for four years in 2003. Cable, aged 63 at the time, was convicted of 10 offences of indecent assault and eight of gross indecency against five boys. He’d previously hopped it to Singapore, but one of his victims invited him back to Britain on the pretext of a school reunion, and he was arrested on arrival.
Two of Cable’s victims have so far been offered £3,000 each in compensation from the Criminal Injuries Compensation Authority. Not quite up there with an RBS bonus for defrauding SME customers, I’d say. But the CICA is like everywhere else in Whitehall today: it’s broke.

Read more »
Posted by Angelo Agathangelou at 1:14 pm No comments: Links to this post

liarpoliticians: Ex door basher Alan Young, head of corporate affairs at SSE apologises for the company ripping off energy customers by lying about price deals, then charging them more. Source
Posted by Angelo Agathangelou at 11:49 am No comments: Links to this post 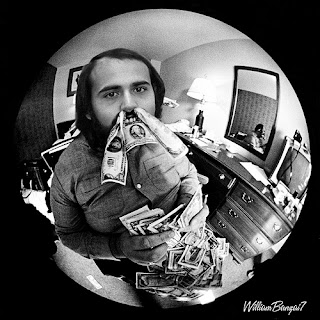 Now, I think that rational expectations is one of the worst ideas in economic theory. It’s based on a germ of a good idea — that self-fulfilling prophesies are possible. Almost certainly, they are. But expressed probabilities are really just guesses, just expressions of a perception. Or, as it is put in Bayesian probability theory: “probability is an abstract concept, a quantity that we assign theoretically, for the purpose of representing a state of knowledge, or that we calculate from previously assigned probabilities.”
Sometimes widely-held or universally-held beliefs turn out to be entirely irrational and at-odds with reality (this is especially true in the investment industry, and particularly the stock market where going against the prevailing trend is very often the best strategy). Whether a belief will lead to a reality is something that can only be analysed on a case-by-case basis. Humans are at best semi-rational creatures, and expectations effects are nonlinear, and poorly understood from an empirical standpoint.
Mainstream economic models often assume rational expectations, however. And if rational expectations holds, we could be in for a rough ride in the near future. Because an awful lot of Americans believe that a new financial crisis is coming soon.

Read more »
Posted by Angelo Agathangelou at 10:31 am No comments: Links to this post

Is Groupon To Bitcoin As Hegel Was To Easter? (Part 1)

Trade with Dave: Is Alexander Herzen contemplating Who Is To Blame for odious debts or illegitimate births? I think I may have just stumbled onto some common ground between Antal Fekete’s New Austrian School of “Real Bills” Economics and Murray Rothbard’s Ludwig von Mises “Regression Theorem” Institute.  How many of you can remember when Ron Paul and Ralph Nader declared that they both discovered common ground?  Dave calls that moment The Comedy of the Garrett Hardin Commons Tragedy.  That model is probably  best exemplified by the revolving door turned quantum duality of libertarian paternalist Cass Sunstein’s Harvard/White House – particle/wave political party known as  The Libertarian Paternalists. Not to get overly academic or technical, it should probably be mentioned that the late Elinor Ostrom was the first woman to receive the Nobel Prize in Economics and was cited by the Royal Swedish Academy of Sciences “for her analysis of economic governance,” (what Dave calls Gubernetics) because Ostrom showed how common property could be successfully managed by groups using the commons via her 8 Design Principles For Common Pool Resource Management (http://www.cooperationcommons.com/node/361).
Ostrom’s research showed that the commons doesn’t have to end in a Garret Hardin tragedy but rather can operate within the larger framework of a Socio Ecological System (SES) such as forests, fisheries and fresh drinking water reservoirs: By Greg Hunter: Economist John Williams says don’t be fooled by the new highs on the Dow.  Williams contends, “The economy is still in serious trouble.  The banking system is still in serious trouble.  The budget deficit is exploding out of control.”  Williams thinks the ongoing banking crisis in Cyprus has global implications.  Williams says, “You have a precedence set in Cyprus that they can seize the funds.  They will not guarantee all deposits.  If that’s the case, you may have a much worse crisis than you had back in 2008.”  Williams adds, “The big problem is the government is insolvent in the long term.”  Williams says the U.S. dollar could start selling off in May because of a deadlock in Congress on the budget.  Williams predicts, “The global markets are looking for the U.S. to address its long term sovereign solvency issues.  That’s not going to happen. . . .  In response, it’s going to be off to the races with a dollar sell-off.  That could be the trigger for the early stages of hyperinflation.”  Join Greg Hunter as he goes One-on-One with John Williams of Shadowstats.com.   Source

Posted by Angelo Agathangelou at 8:12 am No comments: Links to this post

Submitted by Tyler Durden: Biderman's back and belligerent as ever. The TrimTabs CEO is perplexed at Krugman's (empirically) flawed assumptions that the US government can manage the US economy (better than a free market), destroys Krugman's cornerstone argument that the deficit is reducing to sustainable levels (thanks only to a big jump in taxes and not growth), and suggest he win an award for perpetuating "The Big Lie" that deficits don't matter because 'we owe it to ourselves'.

Read more »
Posted by Angelo Agathangelou at 6:23 am No comments: Links to this post


By Matt Asher: Officially, unemployment in the US is declining. It’s fallen from a high of 9.1% a couple years ago, to 7.8% in recent months. This would be good news, if the official unemployment rate measured unemployment, in the everyday sense of the word. It doesn’t. The technical definition of “U3″ unemployment, the most commonly reported figure, excludes people who’ve given up looking for work, those who’ve retired early due to market conditions, and workers so part time they clock in just one hour per week. Most critically, unemployment excludes the 14 million American on disability benefits, a number which has quadrupled over the last 30 years. If you include just this one segment of the population in the official numbers, the unemployment rate would double. On Saturday, This American Life devoted their entire hour to an exploration of this statistic. Russ Robert’s, who’s podcast I’ve recommend in the past, discussed the same topic last year. Despite the magnitude of the program and the scale of the change, these are the only outlets I know of to report on the disability number, and on the implications it has for how we interpret the decline in U3 unemployment.

Targeting the number, not the reality

TDV: Jeff Berwick on CNBC The Santelli Exchange about BitcoinATM

TheDollarVigilante: Jeff Berwick is on CNBC's The Santelli Exchange to talk about his new project BitcoinATM.com that is set to soon open it's very first ATM in Cyprus.
Posted by Angelo Agathangelou at 12:02 am No comments: Links to this post