Avaaz: It’s unbelievable, but Monsanto and Co. are at it again. These profit-hungry biotech companies have found a way to exclusively ‘own’ something that freely belongs to us all -- our food! They’re trying to patent away our everyday vegetables and fruits like cucumber, broccoli and melons, forcing growers to pay them and risk being sued if they don’t.

But we can stop them from buying up Mother Earth. Companies like Monsanto have found loopholes in European law to get away with this, so we just need to close them shut before they set a dangerous global precedent. And to do that, we need key countries like Germany, France and the Netherlands -- where opposition is already growing -- to call for a vote to stop Monsanto’s plans. The Avaaz community has shifted governments before, and we can do it again.

Many farmers and politicians are already against this -- we just need to bring in people power to pressure these countries to keep Monsanto’s hands off our food. Sign now and share with everyone to help build the biggest food defense call ever:

The Federal Reserve, Wall Street and the Laundering of Drug Money - “Dark Alliance” 2.0 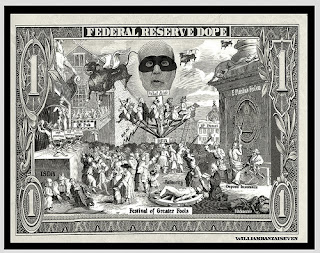 According to these worthies, the egregious economic disparities between the filthy ruling rich and the rest of us revolve around the salient fact that the “world is dividing into two blocs–the plutonomies where economic growth is powered by and largely consumed by the wealthy few,” and the great mass of proletarians who need to sit down, shut up and worship at the feet of their masters.

Max Keiser and Stacy Herbert ask whether taxpayers have been subsidizing the yobbish lifestyles of bankers and financial arsonists. In the second half of the show, Max Keiser talks to Reggie Middleton about fraud and collapse at the heart of what remains of the Irish banking system. Source
Posted by Angelo Agathangelou at 3:35 pm No comments: Links to this post 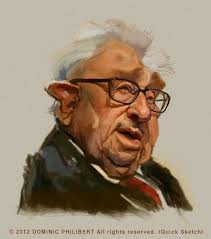 Most of the data, comprising records from the beginning of 1973 to the end of 1976, has been compiled by the site's founder, Julian Assange, who has been holed up in the Ecuadorian embassy in London since last June.

Many of those reports were written by or sent to Henry Kissinger, who was US secretary of state and national security adviser during the period.

Gosling says that, despite not being part of the US government since 1977, Kissinger has been influencing the international landscape through unofficial channels all these years.

RT: Is there any indication yet of who gave these documents to WikiLeaks?

Tony Gosling: Well, those documents were, actually, available in the archive. It’s just almost impossible for the general public to search for them. It’s quite clear that Julian Assange isn’t being idle in his incarceration, in his dungeon in London. What he’s and his colleagues have done is turned it into a really useful, searchable database, a massive one. Three hundred and eighty gigabytes of data, 1.7 million records – this new PlusD release from WikiLeaks. And it’s extremely useful. I mean I had a brief look this morning right after the release and you can find quite a lot of stuff in there, which is going into the detail of the US foreign policy during the 'Mr Death Squad' [Henry] Kissinger years.

By Greg Hunter: Dr. Jim Willie of GoldenJackass.com says powerful forces around the globe are working to do away with trading in U.S. dollars because of massive money printing by the Fed.  Dr. Willie says, “The world makes a reaction, and what they have done is create, slowly but surely, a U.S. dollar alternative for trade.”  Dr. Willie’s sources say precious metals will be used to back a new currency and predicts, “The gold price will be $7,500 to $8,000, and silver will be between $150 and $250 per ounce.”   This will be a disaster for U.S. Treasuries, and Jim Willie says, “All these Treasury Bonds will be sent back to the United States where they can choke U.S. bankers . . . they cannot refuse them.”

Read more »
Posted by Angelo Agathangelou at 9:14 am No comments: Links to this post

The US Backed Down With N Korea - Morris

Morris: The US canceled a missile test for fear of escalating tensions with North Korea. This is not typical behaviour for the USA. Presumably it is not so afraid of N Korea alone, but of China (and therefore Russia) being involved.

“Tramp the Dirt Down” 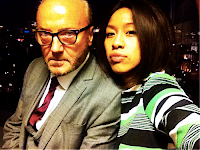 Gayatri and George Galloway: The old saw that one shouldn’t speak ill of the recently dead cannot possibly apply to controversial figures in public life. It certainly didn’t apply to President Hugo Chavez who predeceased Margaret Thatcher amidst a blizzard of abuse.
The main reason it must not preclude entering the lists amidst a wave of hagiographic sycophantic tosh of the kind that has engulfed Britain these last hours is that otherwise the hagiographers will have the field to themselves.
Every controversial divisive deadly thing that Thatcher did will be placed in soft focus, bathed in a rose-coloured light, and provide a first draft of history that will be, simply, wrong.
As is now well-known, I refused to do that today on the demise of a wicked woman who tore apart what remained good about my country, and set an agenda which has been followed, more or less, by all of her successors. I certainly wasn’t prepared to leave the obituaries to those who profited from her rule or those who have aped her ever since.
So here is my own memory of Thatcher and what she did in her time on this earth.
On one of my first political demonstrations – against the Conservative government of Edward Heath (1970-74) the slogan of the day was “Margaret Thatcher- Milk snatcher”. It was the first but not the last time I spat out her name in distaste.

There's no time for good music like a revolution.
By Angelo Agathangelou: DACs (Digital to Analogue Converters) are rocking magic. Until this point the CD failed to live up to the hype. Some of us who are so addicted to music could not give up our turntables and vinyl records. I would argue strongly that this is now an historic issue. It wasn't the CD It was the player! Stereo Mojo "It turns out all the digital nasties we've all heard over the years was not indigenous to the CD itself, but the technology available to decode it." 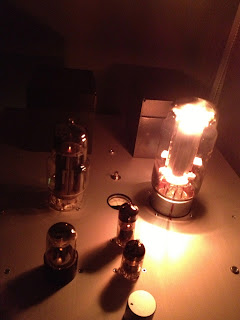 Enough music fanatics or lovers ;) know about the now legendary Lampizator DAC 4 and I can attest to the hype... In my opinion of course, it's all true. MP3's now sound quite good but if you are fortunate enough to have a master...Ouch! I can not imagine it sounded better at the studio in which it was recorded, but then again here comes another personal paradigm shift with this GM70 test and I only just found out about DSD*. Anyway, for me that is now finally, after too many years, a done deal in that already CD's sound like vinyl, without the pops crackles etc.. This is all quite handy given the times we live in as there's no time for good music like a revolution and vinyl is not the current medium of choice.

This is where the needle hits the record of this story and the world discovered Mr Lukas Fikus, creator of the GM70SE, with the early appreciation of his generation 3 DAC4. Of the moment in more ways than one, it doesn't hurt that he is a serial modifier with a grudge to knock out ultimate mega bucks systems at a fraction of the cost in these troubled times. He has resisted my suggestion to use silver transformer wire (for when you run out of places to bury your precious metals). Lukasz offers a no expense spared approach for the sound but there's no 'Gucci' stuff here. (Note: Everything else is wired end to end with solid silver in Teflon so we must conclude, as Polish creator Mr Lukasz Fikus as ever has tested alternative metals alloys including Siltech that clearly, solid silver counts in the signal path.)

Before I move on to a first encounter with the main event, a couple of points. First, the title "Make Mozart Not Nukes!" is the motto of Mr Lukasz Fikus 'The Lampizator' himself and there's substance to the statement, Lukasz uses Soviet military parts to create the magic! Now that's cool.

Read more »
Posted by Angelo Agathangelou at 3:03 am 2 comments: Links to this post

Read more »
Posted by Angelo Agathangelou at 1:48 am No comments: Links to this post