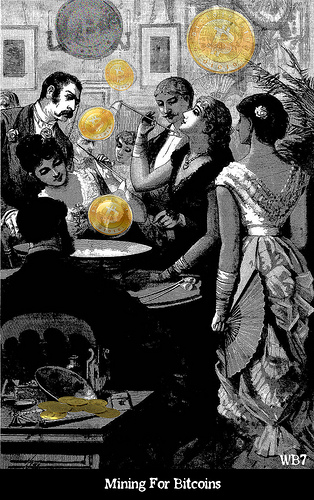 JS Kim: In part 2 of my Bitcoins v. Gold thesis, I am going to address the curious need of bitcoin fanatics to state that bitcoins are the best currency in the world and their attempts to point out “supposed flaws” of the only true sound money in the world, gold and silver. I wouldn’t have embarked on this exercise were it not for the fact that BTC fanatics shockingly embrace a lot of Central Banking anti-gold propaganda in their defense of BTCs. Again, I’m distinguishing between BTC fanatics and advocates as I label as fanatics those that believe BTCs are the alpha and omega when it comes to real money. Consequently, I want to ensure that the majority of the rational BTC community does not let the propaganda of a few bitcoin fanatics pollute their minds about the true value of a BTC.

I still include myself among those that believe that BTCs should be allowed to persist as an alternative currency as long as the people are allowed to bring back gold and silver as competing currencies, so the people can choose which currency they believe to be best, as should be the case in a free society. If the global banking cartel allows BTCs to persist while at the same time shutting out a return to gold and silver money, this would be a development that would be very worrisome to me if I were a BTC owner. Again, I actually like BTCs because they are a means to fight against bankster corruption. I also consider myself a physical gold and silver advocate (not a fanatic), and one that can also see flaws in gold/silver as money as well. I don’t believe that there is any “perfect” form of money. However, gold and silver fit the bill of having the most desirable qualities of sound money, and yes, even more so than BTCs.

ZhouTonged
Posted by Angelo Agathangelou at 10:36 pm No comments: Links to this post

Submitted by Tyler Durden: Virtual currencies are not the only ones having a bad day, at least in USD-denominated terms (which for all those bullish BitCoin, or Gold, or Silver the fiat-alternative currency, not the asset, should make all the difference in the world - alas most people still don't grasp the difference). Another entity that has seen better times is the terrifying accident-magnet also known Carnival Cruises. Following what seemed an endless barrage of TV crews scouring Carnival cruise ships, bringing a new definition to the term "poop deck", the inevitable has finally happened: CCL has been forced to admit that absent changing something very drastically, it is doomed. And since it can't or won't afford to spend billions on CapEx to actually repair and modernize its assets (like virtually every other S&P500 company), it has done the only thing it can: crush revenues, and pray to make up in volume and impulse purchases what it is about to lose in cruise price. As Bloomberg reports, in order to "entice" customers to come back to the good life, Carnival is now offering a cruise at the low, low price of $38 a night, or less than a stay at a Motel 8.


Carnival Corp. (CCL) is offering a Caribbean cruise for as little as $38 a night, less than a stay at Motel 6, after an engine fire on the Triumph stranded passengers at sea for several days.

Morris: Pakistan is on the brink of economic meltdown. China has played its cards well. And the US only has the corrupt few as friends. Source
Posted by Angelo Agathangelou at 8:21 pm No comments: Links to this post

The North Korean leaders are not going to wage war against the United States and Washington is using this false flag to further encircle Russia and China in the region.
Read more »
Posted by Angelo Agathangelou at 3:17 pm No comments: Links to this post

AJ: "Larry Pinkney is a veteran of the Black Panther Party, the former Minister of Interior of the Republic of New Africa, a former political prisoner, and the only American to have successfully self-authored his civil/political rights case to the United Nations under the International Covenant on Civil and Political Rights. 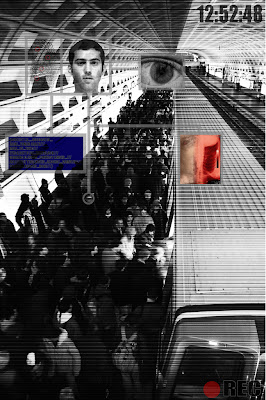 By Madison Ruppert: As I reported in 2011, the FBI is involved in collecting and storing the biometric identifiers of millions of Americans under their massive interagency Next Generation Identification (NGI) system. Now the Electronic Privacy Information Center (EPIC) has filed a lawsuit in an attempt to learn more.
Keep in mind, EPIC is responsible for exposing everything from Customs and Border Protection using drones in the U.S. capable of eavesdropping to details about the highly secretive “Stingray” cell phone surveillance technology to DHS lying to Congress about their Big Brother policies to the NSA monitoring private U.S. computer networks to lies about body scanners to creepy DHS threat assessment technology to the fact that we’ll never know the true nature of the NSA-Google relationship and so much more.
According to a recent press release, EPIC, a Washington, D.C.-based non-profit, filed a Freedom of Information Act (FOIA) lawsuit after the FBI refused to respond to earlier FOIA requests seeking technical specifications and contracts for the system.
This is far from a minor issue, as EPIC pointedly notes in the complaint, “When completed, the NGI system will be the largest biometric database in the world.”
The NGI is a multifaceted system that encompasses just about every biometric marker imaginable (though maybe not pedo-biometrics at this stage) and facial recognition technology is currently being rolled out in some unidentified areas.
Indeed, according to a July 18, 2012 FBI report, “The NGI program—which is on scope, on schedule, on cost, and 60 percent deployed—is enabling the FBI to meet its criminal justice mission and continue to build its reputation as the global leader in biometrics.”
“NGI aggregates fingerprints, DNA profiles, iris scans, palm prints, voice identification profiles, photographs, and other identifying information,” according to EPIC, painting a troubling picture of what the system is capable of.

AJ: American musician Dan Spitz and his wife Candi Spitz speak about their fight against autism and their ongoing crusade to alert as many people as possible to the dangers of vaccines.  Source
Posted by Angelo Agathangelou at 7:00 am No comments: Links to this post

Are UK paedophilephiles simply daft, or is there something else going on?

Helen Reece….is anyone really this silly?
The Slog: In today’s Daily Telegraph, there is a report (which I have checked out fully) about how Helen Reece, a reader in law at the London School of Economics, called on Theresa May, the Home Secretary, to relax rules automatically banning sex offenders from caring for children. The usual bollocks is applied, viz: such a ban “could breach their human rights”.
In an article in the somehow ‘respected’ Child and Family Law Quarterly, Miss Reece suggested that reoffending rates were not high among sex criminals, adding: “despite growing public concern over paedophilia, the numbers of child sex murders are very low.”
Ah, right: children abused, not many dead. OK, that is unpleasantly insouciant….but the ‘low reoffending rates’ assertion is simply a lie. Why tell a lie?
Last November, Jon Brown of the NSPCC said: “Reoffending rates for sex offenders have risen in recent years, but until now we did not know how many of these involved the sexual abuse of children. From now on, we want a separate tab kept on the number of child sex offenders in this country and how many go on to abuse again….Any offender with a history of child sex abuse should be considered a risk to children’s safety for the rest of their lives. This is why it is so important they are closely tracked and monitored by the police once they are back in the community.”
Miss Reece, by contrast, suggests that the law should be reviewed to introduce an assumption that child abusers pose no threat once they’ve served their sentence. Unbelievable: every last iota of field evidence suggests the diametric opposite. But Reece concludes, “There is no reason why all sex offenders should not be considered as potentially suitable to adopt or foster children, or work with them.”

Submitted by Tyler Durden: "The stress is beginning to show," Kyle Bass warns during a wide-ranging interview with Bloomberg TV. "The beginning of the end," is here for Japanese government bonds as he notes that while quantitiavely it is clear they are insolvent, "the qualitative perception of participants is changing." But away from Japan specifically, there is a lot more on the Texan's mind. "Things go from perfectly stable to completely unstable," very quickly;

Read more »
Posted by Angelo Agathangelou at 2:21 am Links to this post

Vast Greek war claims against Germany explode like a 'time-bomb'

By Ambrose Evans-Pritchard: Premier Antonis Samaras held a special meeting with the foreign minister Dimitris Avramopoulos and other key officials this morning to limit the diplomatic damage from the 80-page report.
The document – stamped “Aporito”, or secret – was drafted by a panel of experts appointed by the Greek finance ministry and delivered to officials last month. 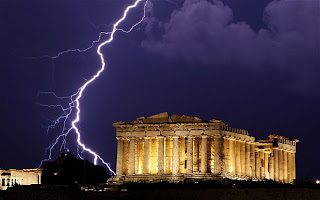 The alleged claim against Germany reaches a grand total of €162bn, including €108bn for rebuilding the country’s infrastructure after the Nazi occupation from 1941 to 1944. This is 80pc of Greek GDP.
The probe was chaired by Panagiotis Karakousis, director-general of the General Accounting Office at the Finance Ministry, and relied on 190,000 pages of documents scattered through the country’s ministries and archives.
Mr Karakousis told The Daily Telegraph that the report was commissioned by the current leadership, not the previous Pasok government.

“The purpose was to gather all the material available so that the political leaders can check the data,” he said.
The Greek foreign ministry said this morning that the report would be sent to the State Legal Service “so that legal elaboration, assessment and setting out of the claims of the Greek State can be carried out and a relevant opinion submitted.”
The report was first leaked to the Greek newspaper To Vima over the weekend in a story entitled “What Germany Owes Us”.