Submitted by Tyler Durden:Today's bounce back in gold prices is fading into the close and as Barclays' Suki Cooper notes, despite some physical demand response to lower prices, it has not been sufficient to combat the overall decline. In the absence of support from physical buying, where does fundamental support materialize? Should gold just put on its commodity hat, instead of its increasingly more popular currency one, its cost of production should provide some guidance.
Via Barclays' Suki Cooper,

Assuming sustaining capex at around $200/oz, this indicates cost support at around $1300/oz,

Max Keiser and Stacy Herbert discuss the role of market making in the orderly functioning of markets which explains the disorderly functioning of Mt.Gox, an exchange missing the vital market making function. They also discuss the virtual specialist technology, payments systems and DDoS attacks. In the second half of the show, Max Keiser talks to Tony Gallippi of Bitpay.com about money in the cloud and bitcoin in transactions. Source
Posted by Angelo Agathangelou at 10:16 pm No comments: Links to this post

Why Did Silver & Gold Collapse? Mike Maloney and Chris Martenson

whygoldandsilver: In a review of the reasons the gold and silver prices collapsed, Mike Maloney spoke with Chris Martenson of Peak Prosperity.

Dr. Martenson is a scientist at his core. His Ph.D. is from Duke University, and his MBA in Finance was earned at Cornell. For Dr. Martenson, reaching conclusions simply results from the data, and when it comes to gold and silver, the data is shocking.

Read more »
Posted by Angelo Agathangelou at 9:00 pm No comments: Links to this post

Silver up a buck... Max/Stacy on gold

SilverFuturist
Stacy Summary: Between margin calls and panic liquidation, I wouldn't try to catch this falling knife. There isn't enough blood in the streets for my taste and there is no silver support til $21. My guess (which I'm only making so you can shriek with joy that I was wrong!) is that will be hit today (in New York) or tomorrow, but no later than Wednesday.

Read more »
Posted by Angelo Agathangelou at 7:15 pm No comments: Links to this post

It's No Use Trying To Build A Better Dinosaur - Nicole Foss

Raül Ilargi Meijer: The Nicole Foss 2013 tour of Australia is well underway, and since I'm not there, it's a bit hard for me to write about it. But we do keep in touch on a daily basis of course, so I know things are going well, with lots of good people, good ideas and good conversations. Though I will never understand, and yes, I know I'm biased, since we've been working together for years, why every single one of Nicole's lectures doesn't attract 10,000 or more listeners and spectators. Do people really need a fait accompli, do they have to watch a system collapsing in their rearview mirror, before they start paying attention in larger numbers? 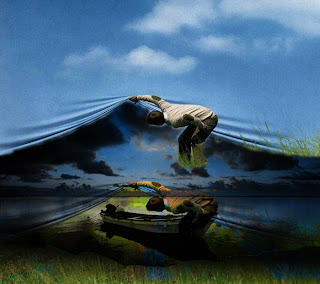 Ironically, Australia has, at least at first glance, both one of the strongest looking economic systems left in the western world - though that won't last -, and one of the most open attitudes towards possible alternatives to that system. Mind you, when I say Australia, I mean a small subset of the population. Most people, not just in Oz but all over the west, even when they are ready to consider something beyond what they've been spoonfed, they seem to fluctuate towards and get stuck in Buy Gold! or Buy Bitcoins! or Buy Guns! much more easily than they do towards ideas that take more time to process and more effort to realize.
I'm happy with, and for, those that do turn up, but I do think people should think about why it is that we can’t make our message more sweet and easy and palatable: it ain't worth squat if you want it served on a silver platter.
If you think that what is required is merely a change in what passes for investment strategy, a move from bonds to stocks or precious metals or farmland or something, then you don't know what is going on in the financial markets or, for that matter, in your own lives. The "leaders" of our world, whichever country you live in, are not solving the issues that have led to the present crisis, they're not even trying. They are, instead, using your future wealth, and that of your children, to hide the fact that there is a crisis so profound they have no chance of solving it.

The artist taxi driver
"Free (UK) NHS treatment is OVER!!!"
Posted by Angelo Agathangelou at 2:30 pm No comments: Links to this post

ukipwebmaster: Godfrey Bloom - Lending money you don't have is criminal!
Posted by Angelo Agathangelou at 1:49 pm No comments: Links to this post

ALL US WHOLESALERS SOLD OUT OF ALL PHYSICAL SILVER!!! The Doc: *UPDATE: ALL US WHOLESALE SUPPLIERS ARE NOW SOLD OUT OF EVERY OUNCE OF PHYSICAL SILVER & HAVE SUSPENDED ALL SALES!  SDBullion.com has closed due to lack of ANY AVAILABLE SILVER!
Two of the largest wholesale suppliers in the US, including Amark and CNT, who is the supplier of gold blanks to the US Mint for Gold Eagles, and is a registered COMEX depository, HAVE JUST SOLD OUT OF ALL PHYSICAL SILVER!!! AND……IT’S GONE!!!!!
In the face of an EPIC TSUNAMI of gold and silver sales today as the cartel hammered the price of silver down over 12%, and off $6 from Friday’s open, we have just been informed at SDBullion upon trying to place a large inventory order that BOTH AMARK & CNT ARE SOLD OUT OF EVERY LAST OUNCE OF PHYSICAL SILVER!!!
Apparently the fact that one of the largest wholesale suppliers in the US is SOLD OUT, while simultaneously the 2nd largest silver mine in the US is offline perhaps permanently is of absolutely no consequence to the paper dumping cartel bullion banks.
Bullion bank silver shorts are most likely covering in mass RIGHT NOW, and we’ll soon have the data to make the case.  Many have speculated that the bullion banks are going to switch to a net long position. There couldn’t be a better time to do just that given that at $22/oz, pretty much all existing shorts taken out before this week will be in the money. Source


Posted by Angelo Agathangelou at 7:17 am No comments: Links to this post

100 Years Old And Still Killing Them: America Was Much Better Off Before The Income Tax 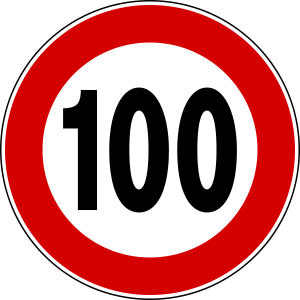 By Michael - The Economic Collapse: Did you know that the greatest period of economic growth in American history was during a time when there was absolutely no federal income tax?  Between the end of the Civil War and 1913, there was an explosion of economic activity in the United States unlike anything ever seen before or since.  Unfortunately, a federal income tax was instituted in 1913, and this year it turned 100 years old.  But there was no fanfare, was there?  There was no celebration because the federal income tax is universally hated.  Sadly, most Americans just assume that there is no other option to an income tax.  Most Americans just assume that it has always been with us and that it will always be with us.  This year, the American people will shell out approximately $4.22 trillion in state and federal income taxes.  That amount is equivalent to approximately 29.4 percent of all income that Americans will bring in this year, and that does not even take into account the dozens of other taxes that Americans pay each year.  At this point, the U.S. tax code is about 13 miles long, and those that are honest and pay their taxes every year are being absolutely shredded by this system.  But wouldn't the federal government go broke if we didn't have a federal income tax?  No, actually the truth is that the federal government did just fine before there was an income tax.  In fact, the U.S. national debt has gotten more than 5000 times larger since the federal income tax and the Federal Reserve were created by Congress back in 1913. 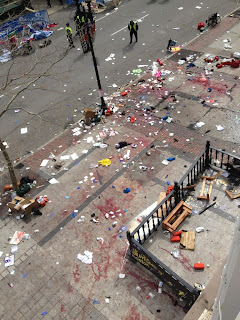 By Madison Ruppert: Despite the massive lack of information – and a great deal of misinformation – about the Boston Marathon bombings (over a dozen updates at that link), baseless accusations have been made by media talking heads about the people or group behind the attack.
Meanwhile, President Barack Obama has said that the individuals or entity behind the bombings “will feel the full weight of justice.”
Baby Bomber Obama’s pledge
Obama promised to put the full resources of the federal government behind the investigation of the bombings, adding that he had spoken to congressional leaders and said that “all were united in dealing with the tragedy,” according to the Los Angeles Times. It is unclear what that really means at this point.
While Obama mentioned that the bombings were still being investigated and thus people shouldn’t be jumping to conclusions before the facts are learned, some in the media have not followed that advice.

Jim Willie the Golden Jackass about the Gold and Silver Crashing

By Sherrie Questioning All: Jim Willie, The Golden Jackass and writer of the Hat Trick Letter emailed me this morning after I asked for his comment about what is happening with the Smash/Crash of metal prices. Here is his email without any changes to me: simple, and I dare you to post this !! - Angelo: OK
The Boyz want to kill demand by removing supply

the COMEX could actually shut down before long, like soon, dunno when
remember the lunatic BS monetary policy by the USFed
where they kill final demand by destroying the USEconomy ??
same artists at work
the divergence between the paper and metal Gold price is growing
it means the Western Gold market is broken

I have been forecasting the divergence for a long time, and it is here finally 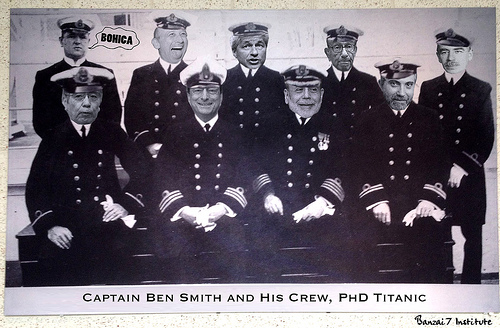 huge precious metal demand growth, lower price, therefore corrupted (sorry, I don't fall for it)
looking forward here to the day when COMEX shuts down
it will come after they steal all your money in private accounts

Read more »
Posted by Angelo Agathangelou at 2:21 am No comments: Links to this post

We Have A Hindenburg Omen Sighting

Submitted by Tyler Durden: Remember when the last time a cluster of Hindenburg Omens nearly toppled the market in August 2010 and the only saving grace was Ben Bernanke's QE2 announcement at Jackson Hole which sent risk soaring? Today, nearly three years later, we got the first instance of the Omen again. Will it be a one-off fluke, or a cluster, which is needed to confirm this dreaded technical formation? Stay tuned in the coming days to find out...

The last cluster was Aug 2010 (and was only saved by Bernanke), the previous cluster was Oct 2007 and we know what followed... (red bars are Hindenberg Omens)