Max Keiser and Stacy Herbert discuss Reinhart and Rogoff, Excel errors, correlation and causation and the gold selloff being a bonus for 'activist central bankers' who can now claim 'hyperinflation no longer a threat.' In the second half of the show, they talk to Dr. Paul Craig Roberts about the smack down in gold and the failure of 'laissez-faire capitalism'. Source
Posted by Angelo Agathangelou at 9:34 pm No comments:

CRISIS ATHENS: So much for the visitor to enjoy, so little helped by pernicious TROIKA spin

Acropolis Now: Athens may be in slavery, but it is not in chaos

The Slog: One thing I just love about the Brussels-am-Berlin approach to repression is the way that, the instant an ice-pick has been thrust into the heart of a ClubMed economy, in bounds Olli Rehn to tell the cadaver how keen the EU is to help with the funeral expenses.


Pretty much since the start of the Greek debt crisis, the Troika’s agents of mass distraction have been putting out a commentary about Greece which runs as follows:


“The Greeks are dishonest donkeys who sit around in string vests drinking Ouzo all day and dreaming up new ways to cheat the taxman. Now that they have descended into self-inflicted debt, their social systems are chaotic, their false accusations against Germany are nothing more than self-pity, and the Greek economy is revealed to be dysfunctional.”


This approach has been honed over time, a truth clearly visible in the bullying EC’s approach to Cyprus. Allegedly, the Cypriot banking system was based on an unsustainable model of offering high interest-rates to Russian crooks, and thus had to be ‘rescued’ by Brussels.


The truthful alternative to that Spin From Berlin is, ‘Cyprus banks 0bserved EU rules at a far higher rate than Germany, and at a level of total gdp half that of Luxembourg. Far from being unsustainable, the model was going from strength to strength until the Eunatics begged Cyprus to back the Greek bailout. From that moment on, Cyprus was doomed.

Read more »
Posted by Angelo Agathangelou at 7:56 pm No comments:

Read more »
Posted by Angelo Agathangelou at 6:28 pm No comments:

Gold & Silver: Bottom Not in Yet, Commercials ADD 23 Million Oz to Silver Shorts!

By Marshall Swing: Commercial longs added 581 contracts to their total and 5,155 shorts to end the week with 46.34% of all open interest, a huge increase of 3.18% in their share of total open interest since last week, and now stand as a group at 112,490,000 ounces net short, which is an increase of just under 23 million net short ounces from the previous week!
I will go on record and say the bottom is not in yet.

Read more »
Posted by Angelo Agathangelou at 5:42 pm No comments:

Crunched by Gail Mangold-Vine: HAMBURG -  Train them young! Die Welt reports that a German consumer protection group has charged Pampers with systematically deceiving consumers by reducing the number of diapers in a pack, without changing the way they are presented in the packaging.

"It’s a way of raising prices on the sly," says Armin Valet of the consumer group Verbraucherzentrale Hamburg.

Made by the American multinational Procter & Gamble, the upmarket disposable diapers are popular across Europe and the world as well. And while they may occupy the same shelf space in German supermarkets, Valet says that in a pack of Size #4 Pampers today there are 34 diapers. In 2006, there were 47 -- without the corresponding price cuts. "If Procter & Gamble goes on like this, in 20 years the pack will be empty," Valet jokes, adding that the sales ploy represents the fourth hidden price hike in seven years. "And they keep claiming the product is improved. Let’s just say the improvements are not immediately obvious," Valet told Die Welt.
Since this practice tricks consumers, the Verbraucherzentrale had it checked out legally and it turns that in Germany “price rises like this are legal,” Valet says. In fact reducing what’s inside packaging while keeping the price the same is a widespread practice in German retail.

Read more »
Posted by Angelo Agathangelou at 4:00 pm No comments:

No Rights For You + BOSTON BOMBING - Did you notice this?

Trade with Dave: See if you can follow this logic?  One Boston Marathon suspect is dead and the other has been captured.  The one who was captured is not going to be read a Miranda warning because according to the Feds he IS a threat to public safety.  I agree that he WAS a threat to public safety when he was hiding out under Dave Henneberry’s boat cover before he was discovered by Dave Henneberry.  http://www.nydailynews.com/news/national/watertown-man-finds-bomber-holed-boat-article-1.1322387

How could a captured suspect be considered a threat to public safety once “captured?”  Does the FBI believe that he planted pressure cooker bombs all over Boston and will be able to detonate the bombs remotely?  How is a captured suspect a threat to public safety and why isn’t he being read his rights?
The way I recall the law is that if you are not read your rights then you just might be released due to your Constitutional rights being violated.  I realize that the FBI is using the “public safety” exception to get around this issue.  How is the safety of the public now threatened exactly?  Not having any rights, but having a so-called “living Constitution” seems to the biggest public safety threat of all.

Read more »
Posted by Angelo Agathangelou at 12:37 pm No comments:

Cyprus, The Verb: Fed Governor Stein Warns When A TBTF Bank Fails, Depositors Will Be Cyprus'ed

Submitted by Tyler Durden: Two months ago, Fed governor Jeremy Stein caused a major stir among the very serious excel-using economists and other wannabe "scientists"-cum-voodoo witchdoctors, when he hinted that it was the Fed's actions that were leading to "overheating" in the markets. It took quite a bit of rhetoric by other very serious people to talk down his comments and give the impression that the S&P is not about 50% overvalued. Today, Stein has managed to stick his foot in his mouth for the second time in a row, and do what virtually nobody in the status quo is capable of: tell the truth. 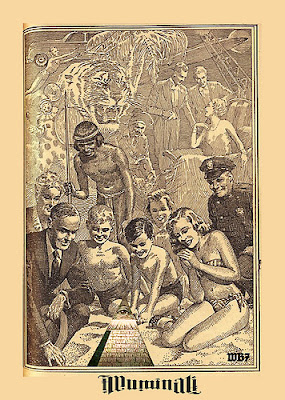 In a speech titled "Regulating Large Financial Institutions" Stein made something very clear: if and when a TBTF fails, and since this time is not different, and a failure is only a matter of time, depositors will lose everything (courtesy of some $300 trillion in gross unnetted liabilities which once there is a counterparty chain failure, suddenly become very much net and immediately marginable - a drain of cash), which now that Cyprus is the template, is to be expected. Not only that but Stein makes it all too clear that part of the Dodd-Frank resolution authority guidelines, a bailout is no longer an option.

Perhaps more to the point for TBTF, if a SIFI does fail I have little doubt that private investors will in fact bear the losses

Read more »
Posted by Angelo Agathangelou at 11:41 am No comments:

The Birth of Terrorism - Important lessons in domestic terrorism

By Simon Black: Jakarta, Indonesia - In the first century AD, the Roman Empire was up to its eyeballs in domestic terrorism.

The biggest threat was a tiny Judaic sect known as the Zealots who routinely conducted public attacks, even against other Jews who didn’t agree with their views.
This is actually where the word ‘zealot’ comes from, and the group constitutes history’s first recorded example of terrorism.
The Zealots knew they could never defeat such a vast Empire… at least, not conventionally.
Instead, their chosen tactic was to create chaos and fear. And for a while they were successful.

Rome finally put down the threat in 74 AD with the siege of Masada. But the idea caught on, and ‘terrorism’ has been with us ever since.
Just in recent days, attacks on civilians have been attempted and/or carried out in Greece, the Philippines, Turkey, Kenya, Taiwan, Iraq, Kosovo, Thailand, Mali, Syria, India, Israel, Nigeria, and the United States.

Read more »
Posted by Angelo Agathangelou at 10:36 am No comments:

CRISIS ATHENS: How austerity is destroying those who would compete with multinational power

The Slog: These pictures are of a main Athenian thoroughfare, Stadiou. Think ‘Tottenham Court Road’, and then imagine every kiosk, stall, shop and indoor precinct closed down, every small shop empty and impossible to rent, and the once-bustling pavements half empty.
The Greek media that care run endless stories about starving children, lack of medication, old people dying because they cannot afford heating, and huge cuts in welfare relief.
These are all worthy topics for anyone still unclear about the catastrophic social effects of repayment-focused austerity in ClubMed. But if nobody buys in shops, eats in restaurants, sits in cafes or furnishes homes, businesses die in very short order.

In three short years, the banks of the world, the bureaucrats of the EU, and the Central Bank of Mario Draghi have wiped out Stadiou. Like the American South after the Civil War, it is a culture gone with the wind. All that remain are kids shooting up in the darkness of formerly thriving alleyways, and bill posters advertising things nobody has the money to buy.

Read more »
Posted by Angelo Agathangelou at 9:20 am No comments:

info warrior: Song by the children at Mercy Mounthawk, Tralee, Ireland, about the mandatory fluoridation in the Republic of Ireland.
"We are being drugged against our will with a toxic chemical called hydrofluorisilic acid, of which fluoride is one of the ingredients. Not only is hydrofluorisilic acid in our water supply it is also present in our foods.
Fluoride is a neuro toxin and can cause ADHD, learning disorders, cancers, IBS, thyroid dysfunction, infertility, anti-social behaviour, addictive behaviour, bone disorders and dental fluorosis. Please support our campaing to stop fluoridation. Wake up Ireland, wake up world!" Source

Posted by Angelo Agathangelou at 7:18 am No comments:

By Trefor Moss: Cyberspace matters. We know this because governments and militaries around the world are scrambling to control the digital space even as they slash defense spending in other areas, rapidly building up cyber forces with which to defend their own virtual territories and attack those of their rivals. 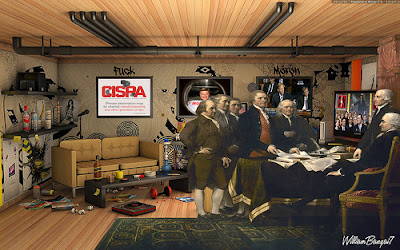 But we do not yet know how much cyberspace matters, at least in security terms. Is it merely warfare’s new periphery, the theatre for a 21st century Cold War that will be waged unseen, and with practically no real-world consequences? Or is it emerging as the most important battle-space of the information age, the critical domain in which future wars will be won and lost?
For the time being, some states appear quite content to err on the side of boldness when it comes to cyber. This brazen approach to cyber operations – repeated attacks followed by often flimsy denials – almost suggests a view of cyberspace as a parallel universe in which actions do not carry real-world consequences. This would be a risky assumption.

Read more »
Posted by Angelo Agathangelou at 1:30 am No comments:

AJ: ALEX JONES RANT AGAINST
THE SYSTEM OF CONTROL TAKING OVER AMERIKA.