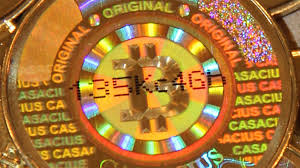 Justin O’Connell: Bitcoin skeptics don’t understand one important thing: that virtual currencies are already here and they’ll have, most likely, no effect whatsoever on that. First of all, everyone knows that the Federal Reserve acts as a plague of egomania blinding all of society to its self-important cruel and insane way of living. That’s mostly because former Associated Student Body kids are running monetary policy. That means two things: 1) the tattle-tellers are in charge and 2) they’re still sucking on the teet of some wrinkly and pungent Principal, now referred to as a “President”, who is still wearing a suit and tie day-in, day-out nonetheless. And, that’s with all due respect to the President of course. But, really, some shady building down the block known as the “district office” or, in adult life, the Pentagon, is really responsible for the whole thing. These former Associated Student Body reps are faithful to the number one drug-pusher on the streets: Starbucks. Sipping on some Joe for many years in a row, stooped in habit, has led to a numbed state of yes-saying, a hallucination where straight ahead is the only mode.

The artist taxi driver
Read more »
Posted by Angelo Agathangelou at 11:49 pm No comments: Links to this post

Saxo Bank CEO On The 'Eurozone Minefield': "This Crisis Will Not Pass" 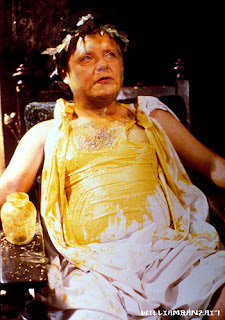 Submitted by Tyler Durden: Niall Ferguson recently remarked, "[Europe] is a politicial experiment gone wrong. The experiment was to see if Europeans could be forced into an even closer union - despite their wishes - by economic means, because the political means failed." In this brief clip, Lars Seier Christensen, co-CEO and co-founder of Saxo Bank, tells an audience at the Saxo #FXDebates in London that the eurozone will eventually break up as Brussels claims even more power from nation states. He warns investors that Cyprus was indeed a template for bail ins and that outright confiscatory wealth taxes, disguised as solidarity payments, could be used to raise funds. "The governments of Europe need money, and the private sector has it. It is as simple as that. Be very paranoid," he said, warning investors that the mattress may be a safer place to deposit money over the weekend than their bank accounts. "Frankly, it is a complete mess. And it is a mess that gets worse and worse every day," is how the outspoken truthiness begins, adding, "anyone with a rational view of the world now sees the currency collaboration as a historic failure that can lead to even further fatal consequences for Europe and the continent’s competitiveness vis-à-vis the rest of the world." 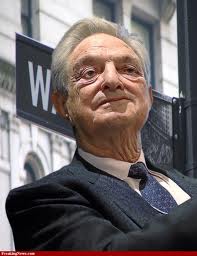 Reuters: The market recovery which has brought Italy's borrowing costs down over recent months is unlikely to be sustained for long, while the fundamental problems facing the euro zone remain, investor George Soros said in comments published on Sunday.
Helped by European Central Bank guarantees and buoyed by the flood of cash released by Japan's aggressive monetary easing policies, pressure on Italy's borrowing costs has dropped sharply since the resolution of the stalemate following February's deadlocked national elections.
Yields on Italy's 10-year government bonds have dropped below 4 percent and the spread between Italian BTPs and their more trusted German counterparts is around 252 basis points, less than half the level seen during the crisis which threatened the entire euro zone in late 2011.
The daily La Stampa newspaper quoted the billionaire hedge fund manager as saying the recovery "will not last long. We are in a situation that is far from being in balance."

Read more »
Posted by Angelo Agathangelou at 8:05 pm No comments: Links to this post

Morris: The video covers some of the activity at Victoria Park in London. And I was there at the beginning, there were 10s of 1,000s more people arriving. I don't drive a car, but i could see there were horrific traffic jams and no parking spaces.

Read more »
Posted by Angelo Agathangelou at 6:42 pm No comments: Links to this post

Submitted by Tyler Durden: While the H7N9 birdflu epidemic is still raging in China, with 4 news deaths bringing the total confirmed death toll to 31 (and who knows how many unconfirmed) on 129 infections leading to a mortality rate that is simply staggering, even if the morbidity rate is largely a function of Chinese data censorship, Europe and the middle east may be set for a viral breakout of their own.
Read more »
Posted by Angelo Agathangelou at 4:04 pm Links to this post

“Sometimes, I’d eat my words secretly at night, and then vomit later to hide my habit,” tragic LibDemDEpPM admits
Clegg…makes everyone sick, including himself
During a broadcast on HillsboroughFM this morning, the Coalition’s man with nothing on his his hands except blood confessed during a constituent phone-in that he compulsively eats his words every night before going to bed. The Slog has secretly obtained a previously unheard transcript of the broadcast (except for seven listeners at 3.27 am today) which I’m sure you’ll agree is absolute dynamite:
Edna: Oh hello Nick I’m a great admirer of yours and I just wondered if you’re blocking the Government’s childcare reforms to try and fend off a leadership challenge from Vince Cable.
Cleggie: Well Edna, as you know I always try to give a straight answer to a straight question so yes, you’re right, I’ve been living through a Hell of bulimia ever since I joined the Cameron Coalition with such great reluctance in May 2010.
Read more »
Posted by Angelo Agathangelou at 2:08 pm No comments: Links to this post 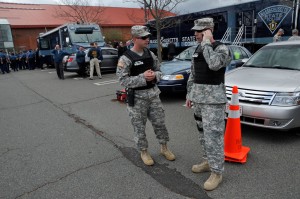 By Richard Cottrell: The aim is to be able to lock down America (or anywhere else). Urgent need: a script. The powers that be decide on a real time live lab exercise to discover the mechanics.
Needs to know include:
- How fast planners can shut down and gain control of a very large and complex city.
- How the population might react when subjected to the first total shut down America has ever witnessed (bearing in mind no such thing happened after Oklahoma,  9/11, Madrid, 7/7 in London et al, so the ‘lessons’ learned are obviously portable).
- How ghoulish the strike must be – preferably aimed at innocents enjoying themselves. Pick a profile event where foreigners are present, such as Boston’s marathon tourists. Location, location, location as they say in the real estate trade.

Read more »
Posted by Angelo Agathangelou at 11:44 am No comments: Links to this post

The Artist Taxi Driver
Read more »
Posted by Angelo Agathangelou at 5:53 am No comments: Links to this post

"Natural Rights vs The Patriot Act" by Judge Andrew Napolitano

"Natural Rights vs The Patriot Act" by Judge Andrew Napolitano. Judge Napolitano discusses Natural Rights and why The Patriot Act is exactly the type of legislation the Founding Fathers wrote the Constitution to PREVENT! Courtesy of Campaign For Liberty. Source
Posted by Angelo Agathangelou at 3:39 am No comments: Links to this post