Gee Trieste: In the middle of custody proceedings, CPS (Child Protective Services) upon an anonymous called-in complaint, swoops in and charges me with child neglect and inadequate guardianship.

This video was taken during an hour long interrogation of me, microanalysing my every otherwise perfectly normal interactions with my daughter, and somehow trying to spin it to make it look evil and incompetent. These were not helpful suggestions or counseling, but edicts imposed upon threat of, and in fact the eventual, removal of my daughter from my life, which they did 5 days after this video was taken. 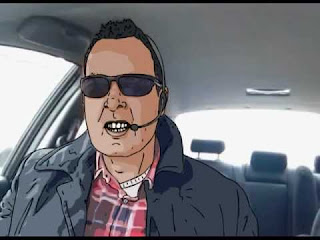 ramzpaul: President Barack 'the kill list baby butcher' Obama flew to Sweden on Wednesday for a diplomatic meeting ahead of a two-day G20 summit in St. Petersburg, Russia. Obama held a wide-ranging press conference in Sweden relating to the White House's effort to build support for a strike on Syria in the wake of that government's use of chemical weapons on civilians. One Swedish reporter cornered Obama on the contradictions contained in the fact that a Nobel Peace Prize winner is planning to launch his second war against a sovereign nation.

The Battle of the Sexes was Fixed + Sheryl Sandberg: Women Need to Lean In

ramzpaul: New revaluations that the famous 1973 tennis match between Bobby Riggs and Billie Jean King was fixed.This match was considered "proof" that by the Cultural Marxists that Men and Women are physical equal and sex is just a "social construct":

Why and by whom was "ZEIA" or "ZEA" grain banned in Greece?

"Zeia is your medicine, your food"
Hippocrates
By Angelo Agathangelou: I have been racking my gluten enriched brain to answer Bill's aka WilliamBanzai7 question, 'What's up with the Greeks non response to the bankster pillage?' Colluding with some of the greatest braniacs of our people I am preparing such a response but I could not help posting the following ahead of time having been informed. A family friend and fellow horticulturalist suggested that an ashkenazi group tried to answer the question 'why the Greeks were so smart' in the first place and discovered that their bread was made of an ancient gluten free wheat that did not suppress the imagination and was apparently responsible for the healthy intelligent stock we once were. He said that once this was discovered, they conspired to ban this "ZEIA" wheat and then set about importing the horrible, apparently mind numbing, crap we all eat today with the aim of enslaving the people to the zionazi banksters. Shocking if true! I have found some articles and I hope those better informed will help me expand on the subject that if confirmed, adds much credence the bastard Kissinger's suggestion that the Israel gulag will not survive another decade. All comments on the subject are most welcome.

By R R Rhodos Old Town: "ZEIA" The grain banned in GREECE because it offered CREATIVE SPIRIT! What was this cereal, which fed and raised robust and strong folks for thousands of years and why was it prohibited by law and the "ethnarch" Eleftherios Venizelos?
Read more »
Posted by Angelo Agathangelou at 1:46 pm No comments: Links to this post 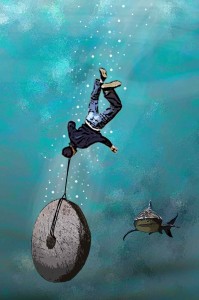 How The US Will Save Syria ...and other lies. 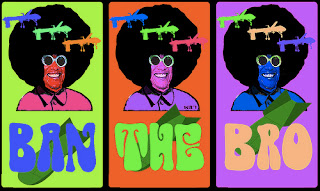 By Madison Ruppert: The campaign waged by the National Security Agency (NSA) and the UK’s Government Communications Headquarters (GCHQ) to undermine all Internet privacy and security goes far beyond even what was previously revealed.
In the latest top secret documents revealed by Edward Snowden, it is also revealed that the agencies consider ordinary citizens “adversaries.”
Some of the most noteworthy aspects of the latest documents, reported on by The Guardian, Pro Publica and The New York Times include:

Read more »
Posted by Angelo Agathangelou at 9:02 am No comments: Links to this post