The Artist Taxi Driver
Posted by Angelo Agathangelou at 11:51 pm No comments: Links to this post 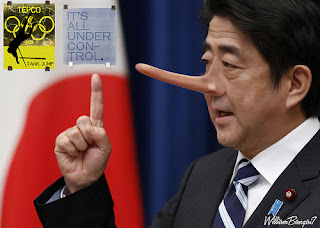 Charles Hugh Smith: A brief summary of everything that's been fixed.
Much to the amazement of doom-and-gloomers, everything's been fixed and as a result, everything's great. The list is impressive: China: fixed. Japan: fixed. Europe: fixed. U.S. healthcare: fixed. Africa: fixed. Mideast: well, not fixed, but no worse than a month ago, and that qualifies as fixed.
Let's scroll through a brief summary of everything that's been fixed.
1. China's economy. It was slowing down, which would have been bad for the global economy. But the recent PMI (preliminary made-up indicator) readings have been the strongest since the Great Leap Forward.
The basic story here is China needs a million more of everything: a million more concrete highrises, a million more airports, a million more miles of highway, and so on. And because there are 200 million rural peasants anxious to open nail shops in all those empty ghost cities, there is no end to growth in China. 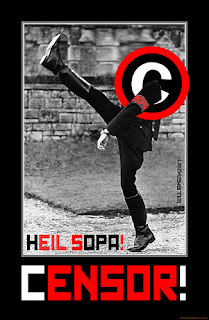 By Madison Ruppert: The amended version of a new shield law for journalists passed out of the Senate Judiciary Committee today, leaving entities like WikiLeaks and independent bloggers unprotected under the law.

Many current and former government officials have expressed contempt for anything even remotely resembling investigative journalism, as seen in the case of a former Obama adviser who argued that Glenn Greenwald is not a journalist.
Even media professionals have expressed similar opinions, with one senior journalist for Time saying he “can’t wait” to justify a drone strike on Julian Assange of WikiLeaks.
The definition of who can be considered a “journalist” was heavily debated in the Judiciary Committee this summer.
At the time, multiple senators, including Sen. Dianne Feinstein (D-Calif.) were concerned that a shield law could be used to protect WikiLeaks and similar groups.
“The world has changed. We’re very careful in this bill to distinguish journalists from those who shouldn’t be protected, WikiLeaks and all those, and we’ve ensured that,” Sen. Chuck Schumer (D-N.Y.) said at the time, according to Politico. “But there are people who write and do real journalism, in different ways than we’re used to. They should not be excluded from this bill.”
Read more »
Posted by Angelo Agathangelou at 10:17 am No comments: Links to this post

UK Independence Party MEPs
Transcript:
Round One
Well, Mr Barroso, not just you but the entire unelected government of Europe and a chance perhaps for our citizens to reflect on where the real power lies in this Union.

I've listened to you for nearly ten years - full marks for consistency - you are a man that likes fixed ideology, you probably picked it up when you were a communist or Maoist, or whatever you were, and for the last ten years you've pursued euro-federalism combined with an increasing green obsession.

And yes, it's been good - for bureaucrats, for big businessmen, for landowners, it has not been a bad decade. But it has been a disaster for poor people, unemployed people and those on low wages.
Read more »
Posted by Angelo Agathangelou at 9:16 am No comments: Links to this post

World Revolts Against the Empire Gone Wild - “The United States of weakness” My Ass! It’s Called Reality – Deal With It

By Eric Dubin: A great many in the media are parroting the meme that the United States and the Obama Administration has shown a lack of resolve when it comes to the question of Syria.  As a prime example, Politico leads today with the silly headline, “The United States of weakness.”
Obama 'the baby butcher' has acted like a lawyer and public relations specialist rather than a true leader.  Duh…  As if that should be a surprise?
Six days ago, in the context of the propaganda campaign to justify a military strike against Syria, I wrote:  “America, demand your leaders act like statesmen, not cheap PR lawyer hacks.  Wake up!  Endless ‘framing’ and lies must stop.“  Guess what?  That is exactly what happened, and Obama is merely responding to the will of the people and other political dynamics.  Let’s dive into those other political dynamics and then return to examine what really is going on with the will of the people, shall we?

brand1angel: Payday Monsanto's stance on political issues and biting social commentary both aided and hindered his quest to bring solid music and messages to the masses. With "rad...ical" material that goes against the grain of commercial hip hop by providing content of substance, his lyrics touch on subjects ranging from war, police brutality, the looting of the middle-class, Israeli control of US policy, and the massive push by the oligarchy to demonize and illegally invade nations refusing to submit to the agenda of a one world government/army/religion, etc.