The artist taxi driver
Posted by Angelo Agathangelou at 11:06 pm No comments: Links to this post

Survey: 1 in 3 Americans believe conflict in Syria is a sign of biblical end times

By Madison Ruppert: A new survey by LifeWay Research found that one-third of Americans surveyed believe that the Syrian conflict is a sign of biblical “end times” events, though only one-fifth believe the world will end in their lifetime. 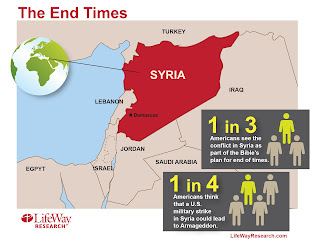 The survey also found that one-fourth of those surveyed believe a U.S. military strike could lead to the battle of Armageddon. However, some believe such a strike is now out of the question thanks to the U.S.-Russia chemical weapons deal.
A military operation is clearly not ruled out just yet and some in Washington are calling the chemical weapons agreement “meaningless.”
The results of the survey surprised Ed Stetzer, president of Nashville-based LifeWay Research, because previous U.S. military actions did not lead to such conclusions.
“We weren’t talking about Armageddon during the air strikes on Bosnia,” Stetzer said.
Syria can lead to different conclusions, however, since it shares a border with Israel and Syria is specifically mentioned in the Bible. 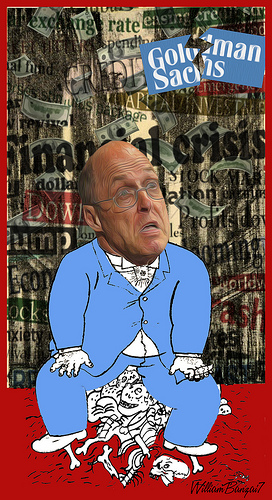 Submitted by Tyler Durden: The froth is back. As we noted yesterday, corporate leverage has never been higher - higher now than when the Fed warned of froth, and as the BIS (following their "party's over" rant 3 months ago) former chief economist now warns, "this looks like to me like 2007 all over again, but even worse." The share of "leveraged loans" or extreme forms of credit risk, used by the poorest corporate borrowers, has soared to an all-time high of 45% - 10 percentage points higher than at the peak of the crisis in 2007.
As The Telegraph reports, ex-BIS Chief Economist William White exclaims, "All the previous imbalances are still there. Total public and private debt levels are 30pc higher as a share of GDP in the advanced economies than they were then, and we have added a whole new problem with bubbles in emerging markets that are ending in a boom-bust cycle."
Crucially, the BIS warns, nobody knows how far global borrowing costs will rise as the Fed tightens or “how disorderly the process might be... the challenge is to be prepared." This means, in their view, "avoiding the tempatation to believe the market will remain liquid under stress - the illusion of liquidity."

Mra Edmonton: On Saturday, September 14, 2013. Members of MR-E were out postering when we caught two individuals tearing down said posters. Camera in hand, we confronted them for clarification on why they feel censorship is an acceptable substitution for an argument.

By Debbie Sayers: Currently there is a Private members Bill presented by Mr Philip Hollobone MP that is passing to its second reading in the house of commons that asks, the government to pass a law to provide a system of national service for young persons.

We the undersigned do not want our children and grandchildren to be forced to undertake mandatory conscription or service in to any system that requires them by law to submit to training or residential activity, that is not optional and carries a criminal penalty for non compliance. We do not support any attempts to force young people between the ages of 18-26 in to any training that carries the option of military style training or conscription in to the military for any reason that is not voluntary.
Sign the Petition

Max Keiser and Stacy Herbert, report from the heart of hedge fund land in Stamford and Darien, Connecticut, where they discuss the deja fraud of highly leveraged markets five years after Lehman collapsed and the nonsense job economy in which highly trained engineers spend their working lives dividing one simple mortgage into thousands of pieces of complex derivatives like piles of stinky fried fish. In the second half, Max interviews Jim Rickards, author of Currency Wars, who compares the Fed relationship to the BRICS nations to that of a drunk driver who runs down pedestrians and then blames the pedestrians for being in the way. Source
Posted by Angelo Agathangelou at 9:21 am No comments: Links to this post

The 7 Choices Left to the US Military-Industrial Complex FREEMANSPERSPECTIVE: Since 2002 the US government has presided over one of the most dramatic financial bubbles of all time: the bubble of the military-industrial complex. (A few will remember that Dwight Eisenhower warned Americans about this in 1961.)
This bubble, like all others, will pop, and it looks to be deflating right now. The amounts of money that have been spent in the past decade can only be characterized as obscene. But the point that really matters is this:

Military spending is just part of the bubble.
In addition to the military complex, we have a massive intelligence complex.
Not only that, but we also have a massive law enforcement complex. The Department of Homeland Security has given them at least $34 Billion in the past several years, on top of their take from local taxes, state taxes, fines, seizures, and other Fed money.
Take a look at these graphs. First, defense spending: 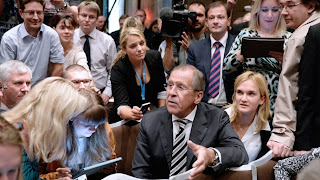 RT: Russia and the US directly communicated with the Syrian authorities to obtain data on chemical weapons, said Russia’s FM Sergey Lavrov.
He added that Syria gave certain guarantees on chemical weapons use even prior to its entry into the OPCW. "We worked directly with the Syrians in order to also understand how safe it all is there," Russian Foreign Minister Sergey Lavrov said in an interview with "Saturday News" program on Rossiya 1 TV channel following his resultative meeting with US Secretary John Kerry in Geneva.
"The American side, perhaps, now we can say about it, also directly contacted the Syrian government to get clarification on this particular issue,” Lavrov said noting that he was not certain whether the US was in contact directly with Bashar Assad, but “they were in contact to see how safe is the storage of chemical weapons.”

Read more »
Posted by Angelo Agathangelou at 6:20 am No comments: Links to this post 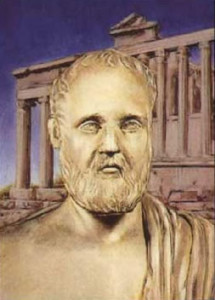 By James E. Miller: If there was one business venture the leftist and forgotten “Occupy” movement was right to distrust, it was the banking industry. In the wake of the 2008 financial crisis and subsequent bailing out of the world’s financial system by fascist states, taxpayers – especially the progressive types – were correct to feel amiss. But rather than take a scrutinizing look into the privilege afforded to the banking class, the outraged took to political action in the callow hope of correcting a wrong.


Like any popular uprising, the goal was quickly smothered in favor of further rent-seeking. Instead of aiming consternation at the incestuous relationship between government and the money-changers, occupiers wanted the quick-fix of redistribution. The cries of “this is what democracy looks like” might as well have been “this is what panhandling looks like.” Centralized banking went unquestioned. The nature of fractional reserve practices was ignored – or likely not understood by the pea-brained philosophers. Still, the radical levellers who set-up camp in Zuccotti Park were on to something by asking why their precious public officials voted to shore up the balance sheets of a disproportionately small member caste.
Read more »
Posted by Angelo Agathangelou at 1:51 am No comments: Links to this post

THE PAEDOFILE: Michael Gove in dramatic volte-face on the issue of systemic sexual abuse 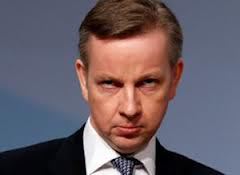 Gove….”I met a wall of silence”
The Slog: If you haven’t already seen it, there’s a quite astonishing piece in today’s Daily Telegraph about Michael Gove’s sudden conversion to the reality of Family Courts/Care Home secrecy….and how this “obviously” leads to lots of sexual abuse.
“In the name of ‘protecting children’ by officially ‘protecting’ their information,” says Gove at one point, “we have ended up helping the very people we were supposed to be protecting them from. We shielded the children from the authorities who needed to be looking out for them.” This was a bit like hearing an infinite echo from The Slog and thousands of other sites over the years that have campaigned tirelessly to make politicians fess up to the problem.
My problem with Gove’s sudden conversion on the road to Tarsus is that he clearly wants to make political capital out of it (it’s obviously a precursor to privatisation as ‘the answer’) and I think we can be sure that the next place he’ll go is Labour local politics, where the paedophile ring syndrome meets pc to produce some truly ghastly results.

Read more »
Posted by Angelo Agathangelou at 12:59 am No comments: Links to this post