The Psychological Weapon Known as the Delphi Technique

BoKnowsEntertainment: What is the Delphi Technique? This is an introduction to what was developed by the RAND Corporation for the U.S. Department of Defense back in the 1950s. It was originally intended for use as a psychological weapon during the cold war and is now used in town meetings, churches, and many "public" gatherings on that and how it is deployed.

Read more »
Posted by Angelo Agathangelou at 8:20 pm No comments:

Is Labour the best we can hope for? - The BBC Sucks O Cocks News

The artist taxi driver
Posted by Angelo Agathangelou at 7:12 pm No comments:

Former US Treasury Official - Terrifying US Collapse Ahead

Paul Craig Roberts: “Here’s the situation for the Fed:  All of the markets, and the solvency of the big banks, are totally dependent on the Fed buying the bonds.  If they don’t buy the bonds, then the interest rates are going to rise, the prices of all debt-related instruments are going to go down, the insolvency of the banks again reappears, the bond market collapses, and the stock market collapses....
“So they can’t stop QE because the whole system is rigged-dependent on that (QE).  The other part of the trap they are in is that the longer they carry on QE, the closer they get to the time when the rest of the world simply loses all confidence in the dollar because of the enormous rate at which new dollars are being created, and they bail out (of dollars).

UK Banned Press TV: Update 23-9-13 - Kenya Interior Minister Joseph Ole Lenku says two of the attackers on a shopping mall in Nairobi have been killed and several others wounded by Kenya forces with the Kenyan army chief stating that the assailants are from different countries.

22-9-13 - A Kenyan security official says Israeli regime killers have entered a shopping mall in the capital Nairobi where Somali militants have already killed dozens of people and an unknown number of hostages are still being held. Source 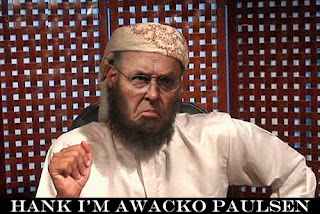 RT: At least 59 people have been killed and 200 others wounded by Al-CIA-da in a Nairobi shopping mall, as the hostage crisis there has entered its second day. Foreigners are among the casualties.
10 to 15 gunmen are still inside the shopping mall, a Kenyan minister has reported. 30 hostages are still inside the building, according to the country’s officials and Western diplomatic sources cited by CNN.

Read more »
Posted by Angelo Agathangelou at 12:58 pm No comments:

A SENIOR United States bankster has been charged with the brutal rape of an Irish J1 student in the bathroom of a luxury home in New York. 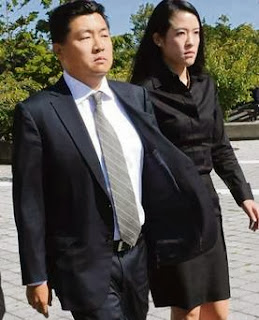 Independent.ie: Jason Lee, who is a managing director of the leading investment banking firm Goldman Sachs, appeared in a US court on Friday where he was charged by the state with first- degree rape.
If found guilty, Mr Lee faces up to 25 years in prison.
The accused man was initially arrested a month ago after the Irish student accused him of attacking her at a house he had been renting in the upmarket area of the Hamptons.
The alleged incident is said to have taken place in the bathroom of the $33,000-a-month summer house on Long Island.
The young woman is said to be deeply distressed following the alleged sexual assault.
Lawyers for the New York City investment banker yesterday insisted their client is innocent.
Read more »
Posted by Angelo Agathangelou at 9:16 am No comments:

One of the Greatest Failed Experiments in Economic History

ChrisMartensondotcom: The world's central banks embroiled in a "race to debase" their currencies in order to restore -- at any cost -- growth to their weakened economies says Jim Rickards.
In the midst of the fight, the US Federal Reserve wields oversized power due to the dollar's unique position as the global reserve currency.

Read more »
Posted by Angelo Agathangelou at 8:00 am No comments:

Zionazi shill David Cameron: we must preserve the memory of the Holocaust.
http://www.telegraph.co.uk/news/polit...
Read more »
Posted by Angelo Agathangelou at 6:56 am No comments:

AP: ONE IN EVERY 7 AMERICANS - In a nation of 314 million people, more than 47 million are eating with food stamps each month. Who are they? Children and teenagers make up almost half, according to the Agriculture Department. About 10 percent are seniors. The vast majority don't receive any cash welfare. Many households that shop with SNAP cards have someone who's employed but qualify for help because of low earnings.
Read more »
Posted by Angelo Agathangelou at 4:43 am No comments:

Oligarchy Will Never Cancel The Conjured Ponzi Debt We Owe

33Crazydude: The oligarchy would rather annul the right of the bottom 90 percent to live than to annul the money owed to them. They'd rather strip the planet and shrink the population than give up their claims. That's the political fight of the 21st century.

A hidden agenda kills every liberty by kidnapping the facts

The one item missing from every agenda is truth

The Slog: The agenda of most people in public life runs something like this – the order of importance changing according to specific circumstances and job function:

1. National esteem
2. Profit, shareholders and dividends
3. Making people more uniform and thus easier to control…
4. ….yet proclaiming the sovereignty of the oppressed minority
5. Refusing to admit a mistake or alter a disproved policy
Japan’s prime minister, Shinzo Abe, has told workers at the Fukushima Daiichi nuclear power plant that “the future of Japan” depends on their ongoing struggle to contain leaks of highly radioactive water at the site. Abe’s brief visit to the stricken plant on Thursday – his second since he became prime minister last December – came just a few weeks after he categorically assured the world that the situation at the facility was under control. His reassurances undoubtedly helped Tokyo’s successful bid to host the 2020 Olympics, but were later shown to be mendacious bollocks.

Read more »
Posted by Angelo Agathangelou at 12:19 am No comments: