"When deep space exploration ramps up, it'll be the corporations that name everything, the IBM Stellar Sphere, the Microsoft Galaxy, Planet Starbucks" 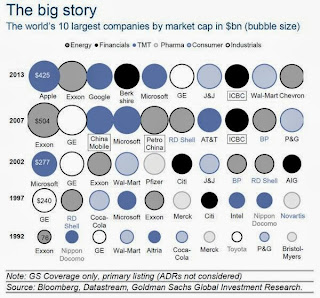 Everyone knows that politicians are merely muppets, controlled by financial and corporate interests, injected into an anachronistic legacy represenational system designed to give the person on the street some sense of nominal control over day-to-day events. And while bankers control the flow, production and cost of money, without some means of converting labor (someone else's) into capital (their own), all the money in the world would be for nothing (and the myth that debt is wealth would be extinguished). Which leaves one true controlling agent: Corporations, or as they are better known by the Supreme Court: " [2]people [2]."

Read more »
Posted by Angelo Agathangelou at 10:45 pm No comments: Links to this post

Max Keiser and Stacy Herbert, discuss whether banking bonus outrage is equivalent to the lynching of African Americans in the Deep South and the money, money, money, MONEY! of the ex-Presidents of the United States. In the second half, Max interviews George Galloway, a Member of Parliament, about his documentary film, The Killing of Tony Blair.

Read more »
Posted by Angelo Agathangelou at 9:50 pm Links to this post

UK Banned Press TV: The Naval Criminal Investigation Command has suspended the No. 2 officer at the US at the US military command in charge of all nuclear war-fighting forces, officials said Saturday.

Air Force Gen. Robert Kehler, who heads US Strategic Command, suspended the deputy commander, Navy Vice Adm. Tim Giardina, from his duties more than three weeks ago but it was not publicly announced, according to the Associated Press.
The suspension of a high-ranking officer at US Strategic Command is highly unusual, AP said.
Giardina is still assigned to the command but is prohibited from performing duties related to nuclear weapons and other work requiring a security clearance, according to the command’s top spokeswoman, Navy Capt. Pamela Kunze.
Speaking on condition of anonymity, two senior US officials familiar with the investigation said it is related to gambling issues.

The Moral Hazard of the Zeitgeist Movement

Stefan Molyneux: Answers listener questions and discusses finding your audience as a writer, promoting your business, being honest with those in your life, asking the right questions of potential romantic partners, the falsehood of brutal honesty, the zeitgeist movement (1:26), avoiding moral responsibility and a reminder that facts are not friends of delusion.

Read more »
Posted by Angelo Agathangelou at 7:07 pm No comments: Links to this post

Read more »
Posted by Angelo Agathangelou at 5:18 pm 6 comments: Links to this post

The artist taxi driver
Posted by Angelo Agathangelou at 2:24 pm No comments: Links to this post

Golden Dawn leader and ten of his colleagues arrested

Kasidiaris…likely Athens winner in custody?
The Slog: As support for Golden Dawn more than halved this week from 14% to 6.7%, many leading commentators here have growing doubts about the motives behind police actions since the murder of Leftist hip-hop rapper Pavlos Fissas ten days ago. Three hours ago Athens sources confirmed to me that GD leader Nikolaos Mihaloliakos and ten other Party members – including prominent MPs – have been arrested on charges of “forming a criminal political Party”. It is notable that none of the accused, I’m told, have been arrested in direct connection with the murder of Fissas.
Unconfirmed reports further suggest that Elias Kasidiaris (the Golden Dawn Athens mayoral candidate hotly tipped to win that City election) has also been taken into custody. If true, this will  further fuel the widespread belief that these events represent an attempt by the Samaras Government to guarantee themselves a clear victory in any future elections. Without Golden Dawn in the running, many traditional voters would switch to Samaras’s Party New Democracy. This would leave Alexis Tsipras and Syriza once more neutered in opposition. Source
Posted by Angelo Agathangelou at 11:53 am No comments: Links to this post

The UNTAPER and Ponzi finance

Eyes wide shut!
By tedbits: The funding of moral and fiscal insolvency continues to BARRELL along.  The whole developed world is INSOLVENT and the public just muddles along as the bagman for the behavior of the very people they have placed their trust and futures in.  The vast majority of the world has bought hook line and sinker the thought that they can SOMETHING for NOTHING and are attempting to realize this dream.
They believe they can live a good life without working for it.  That they are entitled to the fruits of others labor, known throughout history as slavery, but now the word for it is FAIRNESS.  That wealth and prosperity can be printed out of thin air with no consequences to the world at large.
They believe that you can consume more than you produce without descending into insolvency.  That you can borrow money for consumption and leave the bill for future generations to pay.  That you can steal from the public and transfer it to government, bankers and crony capitalists without destroying the fabric of the economy known as the MIDDLE CLASS.  How much pain must be generated to disabuse them of these ideas?  WE WILL FIND OUT!

Read more »
Posted by Angelo Agathangelou at 9:48 am No comments: Links to this post

Brother Nathanael
Posted by Angelo Agathangelou at 6:05 am No comments: Links to this post