By Karl Denninger: In 2007 I began writing The Market Ticker due to the outrageous conduct of various branches in the (US) Administration and portions of the Capital Markets.  Endemic fraud in the financial system that had generated unbridled and outrageous credit creation threatened the collapse of our entire economic system. 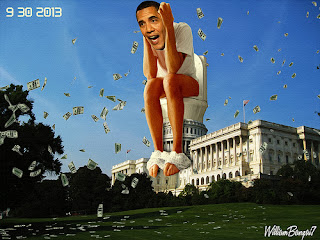 The consequence of this should have been thousands of indictments, prosecutions and imprisonments -- of banking executives, of members of Congress, of various executive branch officers in various agencies and more.  The banking system should have been forced to match assets to liabilities and either put up the margin to back their bets or liquidate them -- and if that forced them out of business and collapsed asset prices by 90%, so be it.
Instead our government took the easy way out.  It doubled down on the fraudulent models of the past.

By Charles Hugh Smith: Walmart's growth model may be peaking due to structural declines in miles driven, income of its customer base and rising competition from dollar stores.
Structural declines in miles driven, middle and working-class income and rising competition from dollar stores may be leading to Peak Walmart. Walmart's model of superstores built on the edge of town with an inventory/distribution system based on high turnover may have reached the point of diminishing returns.
There are various signs of this, for example: Wal-Mart Nails The "Consumer Recovery" Coffin Shut (Zero Hedge)
Correspondent Mark G. ties together the long-term dynamics in this insightful analysis:
The proliferation of Walgreens & CVS standalone pharmacies, plus new construction standalone Dollar General and Family Dollar stores is reaching something of a critical mass. The only real difference between the first pair and the second pair of chains is Walgreens & CVS have a prescription drug department. Otherwise all four are nearly identical in format and product lines, including complete small grocery departments of dry goods and dairy products. These product lines are so low margin they haven't interested the Brown Truck Store (UPS) so far.

How to Change a Light Bulb

Mehdi Sadaghdar: You can't even change a light bulb?! But it's so simple, just watch the video...

Typhon Blue: In this dialog we cover the question of threat narratives being instinctive versus learned behaviour in men and women. This is the fourth Instalment in my Mother of Threat Narrative Dialogs with Della series. Source
Posted by Angelo Agathangelou at 8:25 pm No comments: Links to this post

By Mark Trueblood:
“All men are potential rapists, and definitely sexual deviants!” “Yeah! Those creeps!”
“Men are no longer necessary.” “Damn skippy! Those useless slobs!”
“Men are dominating privileged patriarchal oppressors, rule the world, and own all corporations.” “They oppress women! Smash the patriarchy!”
“Men are stoic and emotionless. They don’t feel things like women do.” “Why won’t they listen to me!?!?!?”
“Men are poisoned by testosterone and their chromosomes are going extinct.” “Good! Who needs them anyway?”
“Boys won’t sit still in the class and are hard to control.” “So annoying! Why can’t they be more like girls?”
“Men are sexually selfish and don’t care about pleasing their partners.” “Of course not! They’re men!”
“Men pollute Mother Earth and plunge penis pumps in her to extract oil to fuel male privilege.” “Yeah! Women are more sensible and compassionate!”
“Men are violent thugs, and start all wars.” “Yes! If women ruled the world, there would be no war.”
“Men are unnecessary for the raising of a family.” “That’s right! Women can do it all!!!”

Read more »
Posted by Angelo Agathangelou at 4:53 pm No comments: Links to this post 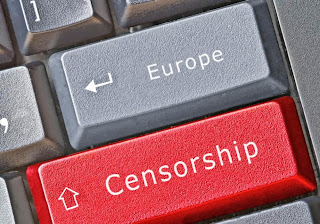 By Lucian Vâlsan: The vacation of the European Union’s institutions is over. Consequently, the Eurocrats are now back at trying to stamp out more individual rights from the population and increase the power of Brussels over the peoples of Europe.

Right before the vacation, we covered the EU’s attempt to literally stamp out economic freedom in the name of feminism[1]. The vote on that matter will take place on October 14[2] though it’s unlikely to pass as a measure since several countries (including Germany and the UK) have united their efforts to repeal it[3].


However, it won’t matter. The EU is a constant generator of totalitarian measures so even if the resolution that attempts to stamp out individual economic freedom will fail, the next attack on individual freedoms is already drafted.

The artist taxi driver
Posted by Angelo Agathangelou at 1:30 pm No comments: Links to this post

Typhon Blue: Did you know that "girl" was originally the gender-neutral term for a child of either sex?

This is the Third Instalment in my Mother of Threat Narrative Dialogs with Della series. In this instalment we cover some of the issues that girls deal with living in a society dominated by threat narratives. Source

Posted by Angelo Agathangelou at 12:00 pm Links to this post

Why the City of London has a problem with criminality! 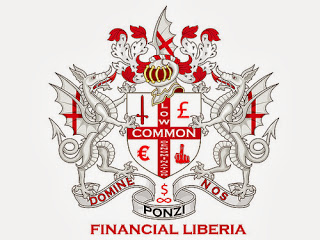 By Rowan Bosworth-Davies: I am getting a lot of responses, (some genuinely understanding, some aggressive and unpleasant) from readers who assert that I have misunderstood the criminogenic nature of the City of London and its norms.

All too often, the writers assume as a matter of course that profitability, is an admirable status, however it is achieved.

My point has always been that if that is true (and it is an assertion I do not promote), then how does one define what is right and what is wrong within a financial market? And if that cannot be achieved satisfactorily, then how do we assert the same for society as a whole?

There are a number of words and phrases that are routinely trotted out to assert the legitimacy and the genius of the financial sector; innovation, entrepreneurship, profit-centered, revenue-focused, et al.

Politicians and free-market apologists constantly assert the importance of these contexts, and it seems that increasingly, particularly in recent years, their encouragement and enhancement has become the sine qua non of the financial climate in which we have been living.

It presumes that all can be forgiven in the pursuit of profit.

While this may be an admirable, unfettered free-market sentiment, it does not accord with reality.
Read more »
Posted by Angelo Agathangelou at 10:08 am Links to this post

The CoOp that dare not name its bondholders - The Americans who put Golden Dawners in jail - Phew-kushima, what a scorcher

The CoOp that dare not name its bondholders
The Slog: The vacuum that is media and Westminster comment on Britain’s first bailin stays firmly in place; thus is not a word breathed on the subject of thousands of elderly depositors in need being financially zapped in their twilight years. But Labour, the TUC and the LibDems all bank there, and so it remains an Unsubject for Non-discussion: these fine friends of ours in hard times would rather see the aged and poor impoverished than themselves. 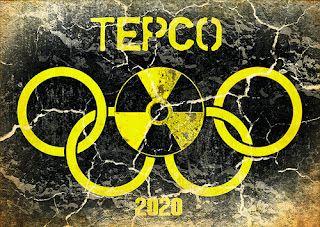 Now, however, a Slogger writes in to me, setting off a train of horrible thought in my already overcrowded bonce: since the local elections last year, a large proportion of all local Councils in England are Labour-controlled. The Slogger tells me his local Council banks with…..the CoOp. How many  others do the same, I ask myself? And as none of them should have an overdraft, have they now jumped out of the Icelandic fire and down the CoOperative pan by being redefined as bondholders?
When I asked them, the Co-Op couldn’t possibly comment. So I’m probably right. The constitutional ramifications of this don’t bear thinking about: to save the taxpayer from any more exposure to bailouts, CoOp Group may well be about to include taxpayer Treasury funds in its bailin. And of course, the Shovers & Makers in Westminster already have the equally constitutional electoral conundrum of two major Parties in the 2015 General Election being broke because a management/Treasury plot stole their money. I sense this is not going to end well.

THESE R THE TIMES - RE3CO

Globalfaction
Posted by Angelo Agathangelou at 6:24 am No comments: Links to this post

Industries for the destruction of men

By Michael Sharron: If you are a father in the United States who has experienced divorce, then you know that the family courts want nothing to do with you except for you to participate in the system which helps make lawyers rich, submit to being a marginalized parent, and paying child support via the government so that women and children have access to government help once the mother disposes of you. 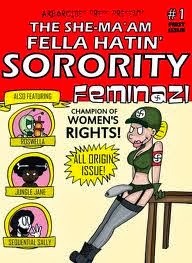 What you may not realize is that all U.S. state governments have become dependent on court-ordered alienated fathers who pay greater child support which, in turn, triggers Federal Title IV-D money that states then use to replenish money for welfare and other programs. But, this can only happen once paternity is established.
With this in mind, it may seem apparent to you that the biggest opposition to this industry is father’s rights and shared parenting groups who are demanding increased time with their children and supporting them directly instead of via the government program of child support enforcement.
If you put your money on father’s rights groups, I want to introduce another flourishing industry that has crept up in the past decade that is in direct conflict with child support enforcement and their need to establish paternity of children and bringing fathers under Federal enforcement. In fact, this industry desperately opposes the establishment of paternity of the roughly 46% of children in the United States being born to a mother that is single or married to someone other than the child’s biological father.