RT: Ex-governor and former wrestler Jesse Ventura joins Larry King in a no holds barred talk on Obama, the Gov't shutdown, American hypocrisy, and what he'd do with Edward Snowden and Bradley Manning. Plus, why he thinks Americans are still being lied to about JFK's death, and who's to blame -- including another former president.

The NWO: Investigation launched in Luxembourg over Skype’s links to NSA surveillance programs 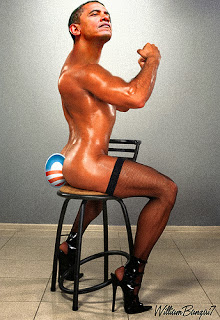 By Madison Ruppert: The data protection commissioner in Luxembourg has launched an investigation into Skype’s covert involvement with surveillance programs run by the National Security Agency (NSA), according to a report Friday.
The link between the NSA and Skype is hardly secret at this point, especially given the exposure of “Project Chess,” the secret program aimed at making Skype calls easily available to intelligence agencies.
Furthermore, in early June it was revealed that Skype was one of the partners working with the NSA on their massive Prism program.
Skype, owned by Microsoft, could face both administrative and criminal sanctions, including a ban on secretly passing any user communications to US intelligence agencies, the Guardian reports.
If the investigation finds that Skype’s data sharing is found to violate Luxembourg’s data protection laws, the company, headquartered in the European country, could also be fined.

Read more »
Posted by Angelo Agathangelou at 8:45 pm No comments: 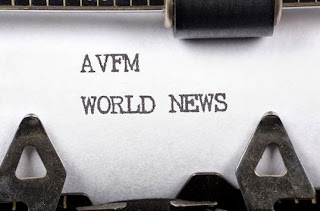 A Voice for Men: Recently, there were two alleged incidents of sexual assault at Montana State University Bozeman frat houses resulting in the university temporarily suspending both fraternities.
Universities and national fraternities frequently suspend fraternity chapters in similar situations to prevent future allegations and occurrences if indeed there were actual occurrences in the first place, quell public demonization, minimize risks, appease feminists, cower to the onerous oversight of the Federal Department of Education, and above all, protect their funding.
However, simply banning women from the implicated fraternities until investigations were completed and any corrective steps were taken would have protected the rights of all involved without condemning entire fraternities through guilt by association, nor should doing so conflict with the radical feminist ideology which drives related laws, policies, and regulations.
Regardless, many young men and their families have suffered life-altering and pain-filled experiences when as college students the young men became targets of false accusations. Witness the inexcusable harm done to Duke University lacrosse players who had their lives horrifically disrupted by vindictive false rape accusations and vigilante justice.
Read more »
Posted by Angelo Agathangelou at 7:33 pm No comments:

Feminism picked the wrong target! + Who says romance is dead… 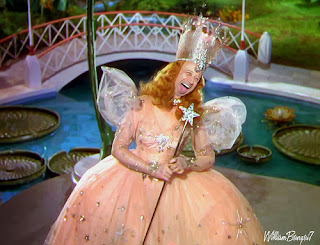 By Jalon Cain: The first time I encountered “feminism” was due to activists at university. I learnt that women were oppressed and that there was a patriarchy that “rapes” women with their codices, no matter whether they were passed as law or upheld as mores. Any kind of social norm was seen as being disadvantageous for women, even when it benefited them. For instance, if you take a woman out on a date and buy her dinner it doesn’t matter that she got a free meal. No, what matters is that you objectified her and tried setting up an economic transaction that ultimately objectifies and disempowers women. Isn’t this completely obvious to anybody?
In short, I quickly realized that feminists didn’t quite live in reality. I also got the impression that instead of attempting to understand the big picture they were too focused on particulars. If needed, they would just come up with ad hoc explanations that have an air of the desperate, at least if you’re versed in “tools of oppression” like mathematics or logic.

Read more »
Posted by Angelo Agathangelou at 3:16 pm No comments:

By Peter Wright: That we live in a gynocentric (woman-centered, woman-elevating) culture is not rationally disputable to anyone who looks around with open eyes. Many thinkers believe this elevation of women–and the intensification of misandry that so frequently results from it–is genetic and inescapable. Male disposability, rather than being a nominal reality that is little more than an escape hatch for extreme emergencies, is said to be central to the species. Protection and provision of women first and foremost and putting men’s interests dead last is supposedly just a built into our core natures and is thus inescapable and inevitable, with only a tiny handful of people able to see this for what it is: marginalization of and contempt for the vast majority of men, especially men who stumble and fail in their “duty” to destroy themselves for women. But for some time now, Peter Wright–a Man Going His Own Way for many many years now–has been doing tireless work exposing how foolish this genetic fatalism is, and how the gynocentrism that pervades our popular culture today has a distinctly traceable origin going to about the 11th Century in Europe, spreading from there to other societies through literature, art, music and, eventually, Hollywood movies, influencing other cultures throughout the world.

Read more »
Posted by Angelo Agathangelou at 1:54 pm No comments:

Senior European Commission officials have a penchant for changing sides when they join the private sector. They take up positions with Chinese companies, cigarette manufacturers or PR firms and conflicts of interest are often ignored. 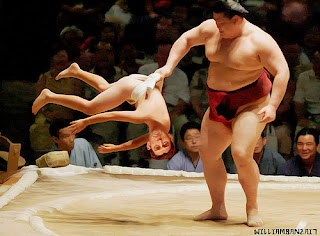 By Christoph Schult and Christoph Pauly: When Karel De Gucht came into office, he suspected that he would be inundated with lobbyists. "It's a fact of life that there are a lot of lobbyists; it's because you are important that there are a lot of lobbies," the European Union Trade Commissioner-elect said before the European Parliament at the time. For that reason, the Belgian politician noted, he would counter "third-party interests where these have undue influence," adding that he intended to defend his "independence."

At the moment, Chinese companies are paying especially close attention to De Gucht. His decision to impose punitive tariffs on Chinese solar-panel manufacturers in a dispute over price dumping has made it clear to the Chinese that De Gucht meant what he said about his independence. He has been viewed as an enemy in China since then. A Chinese newspaper described him as "stubborn."

Read more »
Posted by Angelo Agathangelou at 12:44 pm No comments:

US DEBT CRISIS: forget the ceiling, take a look at the foundations. Then you will realise…

…the US debt problem is insoluble
“Don’t just stand there, raise the fuckin’ ceiling”
The Slog: As regards the continuing US deficit, there isn’t a crisis, there never was a crisis, and there isn’t going to to be a crisis about any US deficit, ever. It’s under 4% of GDP and falling.
America may have reached its debt ‘ceiling’ of $16.7 trillion (that’s 16,700,000,000,000 in zeros) but there are going to be talks and the ceiling will be raised. There is no debt crisis because there is no debt ceiling….it will just keep going up and up, because there is no way the GOP Business Party is more powerful than the banks and Wall Street, and no way anyone wants the American Dream to end.
What there is, however, is a debt problem. A problem is bigger than a crisis where you can solve the crisis, but there is no solution to the debt problem. As and when the cost of borrowing goes up – which (as I’ve been   saying since last February) it must – then the debt will beyond management for even the Americans.


Consider: if average bond yields got up to 5% (10 yr T-bonds rose to 2.66% yesterday) then immediately 1 in every 6 US tax dollars would go on debt management. Not repayment, just managing it at $16.7 trillion. And that’s before a single weapon is made, hospital injection given, or Federal employee paid. Historically, such a yield would not be at all unusual.
Last year, debt management was 6% of all Washington expenditure. This year it is going to be 10%.

Read more »
Posted by Angelo Agathangelou at 11:28 am 1 comment:

Read more »
Posted by Angelo Agathangelou at 9:52 am No comments:

Wrecking The System by Design + US Nanny State: Mandatory Helmets For Walking

AJ: The history of the Olympics and their connection to Hitler, how the masses are willing to believe ridiculous narratives given by the government and the possible use of the debt crisis to bring about marshall law.

Read more »
Posted by Angelo Agathangelou at 1:54 am No comments:

Max Keiser and Stacy Herbert, discuss the preference for pink slime in economics, finance, education and politics. They look at the booming crystal meth market in America where the 'shake and bake' players are small time compared to the single US backed cartel controlling the trade. And how derivatives are the crystal meth of the financial markets.