Global financiers look to de-Americanize + Ron Paul Proposed A Fed Masterstroke That Can End The US Debt Ceiling Crisis At Once!

RT: A US debt default could hit on Thursday, and world leaders are second guessing the dominant role America plays in finance. Regardless of the final decision in Washington, confidence and credibility in the US has already eroded. 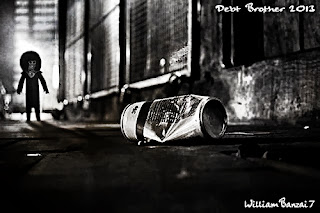 In an editorial published by the Chinese state-owned press agency Xinhua, a columnist says the US economy has ‘failed’ and put many countries who hold state assets in dollars, at risk.
“To that end, several corner stones should be laid to underpin a de-Americanized world,” the editorial read.
Last week China, the biggest US creditor, started to make preparations for a technical default on loans. The European Central Bank and the People’s Bank of China (PBC) have agreed to start supplying each other with their currencies, avoiding the dollar as an intermediary currency. The currency swap agreement will last for three years and provide a maximum of 350 billion Yuan ($56 billion) to the ECB and 45 billion euro ($60.8 billion) to the PBC.
In a further sign of growing distrust, China introduced a so-called “haircut”, or a discount, on the value of US Treasuries held as collateral against futures trades. 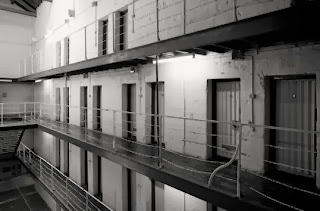 We have flying spittle in the halls of congress, the antecedents of hysterical demands that we take on the worldwide cause of defending helpless women across the globe from their sorry lot in life as victims. We have grown men donning themselves in drag couture and walking a mile in “her shoes,” a sort of trendy, new age and humiliating self flagellation by men who want to atone for all bearers of the evil penis.
And we have a resurrected article from August of ’07, from the women at Jezebel.com (tip of the hat to the illustrious Dr. Snark) demonstrating how unrepentantly violent they really are, and how much they seem to enjoy it.
Senior writer Tracie Egan Morrissey penned the article, which addresses research findings reported in Psychiatric News that, “In fact, when it comes to nonreciprocal violence between intimate partners, women are more often the perpetrators.”
Morrissey reacted to that oft ignored reality, after a query of her female readers for those who have beaten their boyfriends, with the following:

“…well, let’s just say it would be wise never to fuck with us.”

By Madison Ruppert: Two new recently presented studies show a link between BPA and phthalates, both common chemicals, and serious reproductive risks in both men and women.

Last year, the Food and Drug Administration (FDA) refused to ban bisphenol-A (BPA) from food packaging, despite major health concerns that have only become worse with further research.
One of the studies presented at the annual meeting of the American Society for Reproductive Medicine suggests that high levels of BPA, the common chemical in many plastics including the lining in canned foods, are linked to increased risk of miscarriage in certain women.
The study shows that there is increased evidence of “the biological plausibility” that BPA might impact fertility and other aspects of health, according to Dr. Linda Giudice, a California biochemist and president of the American Society for Reproductive Medicine, cited by the Associated Press. 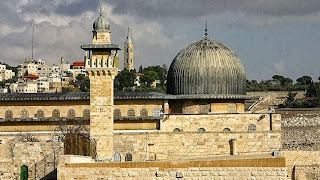 Local media reported that a group of 14 land thieves raised an Israeli flag while touring the mosque’s compound on Monday.

Reports also said that after the incident, Israeli police closed Magharbe Gate that leads to al-Aqsa Mosque compound for visitors.

Police forces are also said to have removed the land thieves from the area.

The latest incident comes after a similar event on September 18, when Israeli death squads stormed the mosque compound, firing tear gas at Palestinian worshipers. Clashes reportedly broke out between the Israeli shock troops and the Palestinian people after they attempted to prevent the worshipers, including women and children, from entering the mosque.

Another step toward femocracy 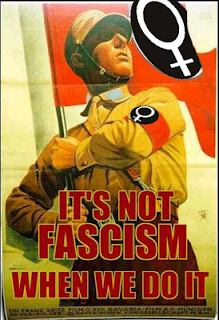 By Jon Gunnarsson: In my article Germany’s Quota Politicians, I showed how much influence feminism already asserts in German politics. Since then, the only party solidly opposed to women’s quotas has been voted out of the Bundestag[1] and it is likely that the next government will push for women’s quotas in private companies. And as if that weren’t bad enough, the feminists have now won another victory over democracy.
As the Frankfurter Allgemeine Zeitung reports[2], in the state of Rhineland-Palatinate, the ruling coalition of social democrats and Greens have passed a law to manipulate local elections. According to the law[3], the ballot paper for local elections must contain the following quote from the German constitution:

Men and women are equal before the law[4].

Further, it must list the ratio of men and women for each party as it was two months before the vote as well as the sex ratio of those candidates nominated in the top half of the suggested list of each party. This is a none-too-subtle hint to voters that they ought to vote for more female candidates. It’s also intended to shame those parties who dare to have more male candidates. The suggestion is of course entirely fallacious. The constitution only mandates Gleichberechtigung (equal rights), not Gleichstellung (equal standing or equal outcome), but in public discourse the two entirely different and incompatible terms are frequently conflated.
Read more »
Posted by Angelo Agathangelou at 4:00 pm No comments: Links to this post

Multi-Trillion Dollar Question: How Much of Our Debt Is “Odious”?

“Debt, n. An ingenious substitute for the chain and whip of the slavedriver” - Ambrose Bierce, U.S. journalist and satirist. 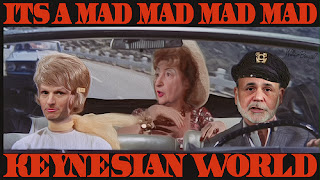 By Don Quijones: If there is any two-word combination that is guaranteed to strike primal fear into the cold, dark hearts of global senior banksters and representatives of international financial institutions, it is “odious” + “debt”.
In international law, odious debt is a legal theory that holds that the national debt incurred by a regime for purposes that do not serve the best interests of the nation shouldn’t be enforceable. Such debts are hence regarded as personal debts of the regime that incurred them and not debts of the state.
The term was first coined in the year 1927 by Alexander Sack, a Russian émigré legal theorist. Sack drew his inspiration from 19th century precedents such as Mexico’s repudiation of debts incurred by the French Emperor Maximilian’s regime, and the rejection by the U.S. of Cuban liability for debts incurred by the Spanish colonial regime.

Read more »
Posted by Angelo Agathangelou at 2:51 pm No comments: Links to this post

Submitted by Tyler Durden: Having been urged by none other than Nigel Farage to see some kind of alternative sane path forward, the Croatian government decided instead that accession to the EU was for them. Now, according to government estimates, since the joined the EU on July 1st, exports have fallen by 11% compared to the same period last year. As presseurop reports, the decline for the month of August alone was 19%. During the first eight months of this year, exports were down by 6.3% when compared with 2012. The reason for the fall-off, notes the newspaper, has do with the impact of EU accession — "which has exposed Croatia to greater international competition, and the loss of privileges associated with the Central European Free Trade Agreement (CEFTA)." Looks like Farage was right...
Farage's, now entirely prophetic warning begins... "the most important thing is that joining the EU is great news for the Croatian politicians, it's like winning the lottery..."


Read more »
Posted by Angelo Agathangelou at 1:15 pm No comments: Links to this post

THE PAEDOFILE: Leniency and remedial denialism

The Slog: Another case appeared in the Irish press yesterday concerning sexual abuse meted out to children. Yet again, it demonstrates the idiotic belief that, somehow, confirmed paedophiles can be redeemed.
Patrick Maguire is a registered sex offender in Ireland. The serial child abuser and former priest has received a three-year suspended sentence for molesting a 14-year-old altar boy. He is currently living under a strict regime with the Columban Fathers in Dalgan Park, in Navan, Co Meath. Maguire previously received a three-year suspended sentence from Judge Mary Ellen last January for sexually abusing a ten-year-old boy in 1981. He has a further 13 previous convictions for similar offences, including a six-year sentence handed down by Dundalk Circuit Criminal Court in 2000.
Shane Costelloe BL, defending, asked for his client’s “sincere apologies for his behaviour” to be passed on to his victims. One of these victims – now 43 – still suffers psychological effects from the abuse, including self harm, depression, flashbacks, trust issues and panic attacks.
There is no comment to make on this typical case, beyond the general question, “Do the West’s legal systems know WTF they are doing in relation to paedophilia?”

Read more »
Posted by Angelo Agathangelou at 11:17 am No comments: Links to this post

CURRENCY WAR: CHINA PUSHES YUAN TO FREEZE OUT THE US

Beijing’s new moves bring the US Debt cataclysm nearer
The Oboehner double-act….Denial & Bigot
America’s reserve currency status may be more threatened than people realise, but lack of faith in the Dollar is not driven by sideshows about debt ceilings. It is dictated by the growing global belief that, as a trading nation built on ingenuity, the US has lost the plot.
The Slog: Last June, Britain and China moved to arrange a semi-permanent currency swap between Sterling and the Yuan. It was presented as a ‘trade facilitator’ (which indeed it is) but passed largely unnoticed. The key thing about it was, like an earlier arrangement with the European Central Bank, it cut the Dollar out of a major trading exchange.
Three days ago, Beijing tied up a much bigger deal with Mario Draghi’s ECB: China and the European Central Bank have signed a currency swap agreement worth 350bn yuan with the EU’s central bank. It will last for three years and is easily renewable.
Read more »
Posted by Angelo Agathangelou at 8:01 am No comments: Links to this post

6oodfella: UK Police used to wait until a crime happened before acting, now they've to hassle couples to ensure that the guy isn't going to rape the woman. The feminist narrative of all men being rapists is so powerful, that the police take measures like this. It is truly astounding that the police force of my country are so wrong and stupid. Enjoy.

Read more »
Posted by Angelo Agathangelou at 3:24 am No comments: Links to this post

The Fiction of Profit Driven Humans

Stefan Molyneux: Takes listener questions and discusses marrying somebody you've never met, seat belt safety, the falsehood of human beings being driven by only profit (22.23), the origin of learning disabilities, being judged by the company you keep, building a support system and dishonesty by omission.