Defense Distributed
Bitcoin vs The NWO
Posted by Angelo Agathangelou at 8:16 pm No comments: Links to this post

Misandric Culture: Man Up Japan! + An overview of misandry in the USA

By AVfM: The majority of young Japanese men are uninterested in marriage, a tough competitive career, or catering to the desires of women. There is much cultural handwringing about it, but the only apparent solution most can see is to try to shame young men into being idealized constructs made up of Hercules, Cyrano, and Donna Reed. Is there any wonder most young men aren’t particularly interested in that when there’s nothing in it for them? 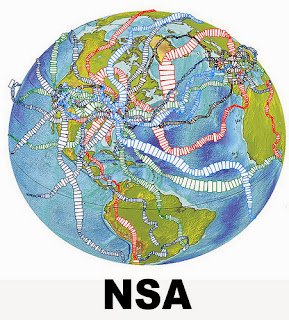 By Shalini Singh: Global outrage against recent revelations of mass surveillance by the U.S. government, which sparked discussions for a review of global surveillance guidelines, has led the Brazilian government to reach out to the Indian government for support for its proposal to host a one-off global summit, scheduled for early May 2014.
The move follows President Dilma Rouseff’s angry speech on U.S. surveillance at the U.N. General Assembly in September.
When contacted by The Hindu, Ministry of External Affairs spokesperson Syed Akbaruddin confirmed the news. The surveillance issue had also come up during External Affairs Minister Salman Khurshid’s visit to Brazil in October. Mr. Khurshid and his Brazilian counterpart had “expressed their concern” on the issue. These meetings were held in the week following ICANN CEO Fadi Chehadé’s first visit to Brazil and meeting with Ms. Rouseff, that resulted in the proposal for the Brazilian “summit,” which caught all countries and Internet communities unawares.
Surprise summit

Misandry: How to be a creep


AVfM: Japanese roboticist Masahiro Mori described a phenomena called "the uncanny valley". As a robot approaches human in appearance and behaviour, it becomes more relatable and lovable. But at some point as it gets closer and closer to looking and acting human, it starts to become… well, eerie and disturbing. Almost right but still slightly wrong. It becomes creepy. Even a creep.
This all begs the question, what is the standard of "human" that we're judging so-called creeps by? Who got to set this standard?

Read more »
Posted by Angelo Agathangelou at 3:04 pm No comments: Links to this post

Actually, We Are All Rapists

By Michael Sharron: I had some downtime today and was thinking about “enthusiastic consent,” and how feminists define rape and came to the conclusion that we are really all rapists. And by all, I mean feminists too, even though I expect they exempt themselves and their financial supporters, and just want the definition of rape given below to include just heterosexual males.
Here is how I reached the conclusion that every single person on the planet is a rapist. We know the following about the definition of rape from the many articles written by feminists lately who are concerned about rape on university campuses.

Read more »
Posted by Angelo Agathangelou at 2:01 pm No comments: Links to this post 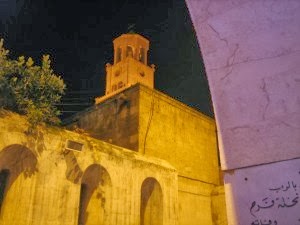 By Madison Ruppert: Two new mass graves containing over 30 bodies in the Christian city of Sadad were recently discovered, evidence of what one archbishop called “the most serious and biggest massacre” of Christians in Syria.
The situation for Christians in Syria has been horrific and it seems to be only getting worse as time passes. Indeed, for many Christians around the world, their faith puts them in the line of fire.
A report published by Fides on Thursday stated that some 45 Christian civilians, including women and children, were killed by Islamist rebels in Sadad, halfway between Homs and Damascus.
The report, which cited the Syrian Orthodox Patriarchate in Damascus, stated that the Christian settlement was invaded and occupied by Islamist militias on Oct. 21, though it was recently recaptured by the Syrian army.
“45 innocent civilians were martyred for no reason, and among them several women and children, many thrown into mass graves,” said Archbishop Selwanos Boutros Alnemeh, Syriac Orthodox Metropolitan of Homs and Hama. “Other civilians were threatened and terrorized. 30 were wounded and 10 are still missing.”

Read more »
Posted by Angelo Agathangelou at 10:51 am No comments: Links to this post

The 10 Commandments of Government

By Doug Ross:
I. Generally speaking, government always grows -- it never shrinks -- whether times are good or bad. 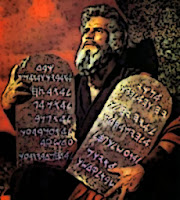 II. In each area it purports to "assist", government attempts to replace individual decision-making with central planning.
III. In order to implement its grand central plans and solidify its power, government must take from one citizen to give to another; this is, in effect, lawful theft.
IV. No matter how many times central planning fails, the self-appointed masterminds in government assert that "this time is different" and that with only a few tweaks and more money, their delusional plans will succeed.
V. Because it uses funds confiscated from taxpayers, self-restraint is no obstacle to government's ambitions.
VI. Its fundamental misunderstanding of human nature notwithstanding, government must claim to grant "rights", which require it steal the labors of one citizen to give to another (such as food, shelter, employment, and health care).
VII. No matter how widespread the harm it causes, government will never provide an honest and historical accounting -- a report card -- of its failures.

The Doc: Many analyst writers choose the Black Swan analogy to describe deeply ominous events in progress, with little forward notice. The analogy simply does not fit anymore, as an armada of black swans is more appropriate, spotted on regular and frequent sightings.

The US financial fortress died in September 2008.
The Grand Paradigm Shift is in progress. My sources indicate that 5000 metric tons of Gold bullion moved from London to points East between April and July 2012. The flow eastward never stopped. The pace has continued. The Gold bullion continues to be shipped in enormous staggering volume.
The agreements have already been made on the new Gold Trade Settlement system with its newly imposed Gold Trade Standard. They have agreed on a $7000/oz gold price, with a similarly exalted silver price of at least $250/oz.
Decisions have been made final. The implementation is slow but steady.
The game is over. The King Dollar is dead.

Read more »
Posted by Angelo Agathangelou at 6:20 am No comments: Links to this post 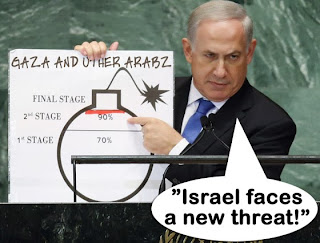 UK BANNED Press TV: The Israeli regime needs to wage wars across the world, especially in the Middle East, to ensure its survival as the major recipient of the US military and financial aid.
The Israeli regime, which rejects all international nuclear agreements, particularly the Non-Proliferation Treaty, maintains a policy of deliberate ambiguity over its nuclear activities and refuses to allow its nuclear facilities to come under international regulatory inspections.
“Israel needs constant war in order to justify its existence as the main recipient of the US military and economic aid, and in order to show that it is really an important partner and ally for the US in the Middle East. Israel fears peace,” said Brian Becker in an interview with Press TV on Saturday.

The analyst went on to say that Washington “realized that it needed another force, a proxy force, an extension of its military power to police the region and the Israelis have done that” by invading Egypt and Syria, as well as by invading and stealing the West Bank and the Gaza Strip in defiance of the UN resolutions.

Thunderf00t: In the second book of the bible, exodus, shortly after 'god' has given the 10 commandments to Moses, god suddenly needs money!
Seriously, shortly after creating the universe and everything in it, 'God' needs money. Apparently he couldnt create it, or take it, so he had to get his main man on one tiny region, on one tiny planet in one tiny solar system, in one tiny galaxy etc etc to give him money. This book has been available for thousands of years, and yet people fail to see the obvious that THAT MAKES NO SENSE WHATSOEVER! Source
Posted by Angelo Agathangelou at 1:08 am No comments: Links to this post 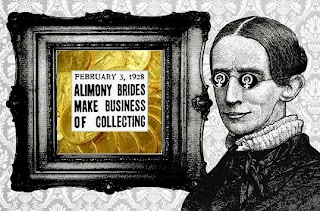 By Robert St. Estephe: Comedian Bill Burr is right when he says there is an “epidemic of gold digging whores,” but he is wrong to think it is a new phenomenon and that it applies only to male targets who are wealthy. The epidemic started in the late 1800s in the U.S. and has never abated. The misandry bubble of the 1920s, a period when alimony racketeering became a national scandal, appearing in the news on a daily basis was matched by public outrage towards the Heart Balm Racket (breach of promise lawsuits which were shakedown scams) and endless parade of women who committed murder with impunity – due to juries made up of chivalrous men. Here is an article that offers an insider’s look at the gold-diggers’ large scale court-sanctioned thievery.
•◊•

FULL TEXT: Cleveland, Feb. 3 1928— Marrying for alimony as a profession, has reached enormous proportions in the United States, if nearly $1,000,000 paid divorcees last year, in Cuyahoga-co, in which Cleveland is located, is any indication, Arthur J. Eyring, alimony clerk, recently remarked.
Read more »
Posted by Angelo Agathangelou at 12:00 am No comments: Links to this post