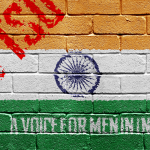 By Anil Kumar: The family courts in India operate with extreme levels of anti-male bias. Most men have little hope from these courts. The Indian feminists openly call for discrimination against men by family courts. For example, they do not want men to be protected from domestic violence by women.  More recently, feminists and communists together passed a bill in parliament for dividing matrimonial property during divorce. According to this bill, women’s self-acquired property and inherited property will be considered her personal property, while all property of s man acquired before marriage or to be inherited in the future will be considered as “marital property”, which will be divided during divorce.
Most often these Feminists argue that, under “patriarchy,” men always support other men, while discriminating against women. In the media, Feminists accuse the family court judges of practicing pro-male bias, even though Indian family courts are extremely anti-male. For example, a recent survey has shown that family courts take an average of 24 months to pass an order for child visitation for fathers, even though this is a simple and straightforward judgment. Often, the family courts send unemployed men to prison, because they are unable to pay maintenance to an able-bodied wife.

When is it illegal to make reproductive choices for others? When you’re a man 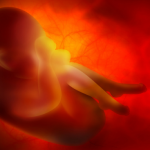 By Janet Bloomfield (aka JudgyBitch): Over the past few months, this same story has played out over and over again in the media:  men confronting an unwanted pregnancy slip their partners abortion drugs and end the pregnancy.  You can read it here, here, here, here and here.
These cases all have some interesting things in common:  none of the men were married to the women carrying their children and in all the US cases, the men were originally charged with either murder or attempted murder.
Hmmm.  So when a man kills an unborn baby it’s murder, but when women kill unborn babies it’s just “a reproductive right”.  It’s not a baby anyways, right?  Just a clump of annoying cells.  A “fetus”.
Except when it’s not.


Abortion:  it’s only a baby when she says it is.

My intention today is not to discuss abortion, but rather to look at the idea of “reproductive rights” more carefully.  Two high profile media sources have recently featured stories that question whether men actually have any rights when it comes to reproduction.  Back in June, Laurie Shrage, a professor of philosophy and women’s studies (!) posed the hypothetical question Is Forced Fatherhood Fair in the New York Times, and Anna March followed that up with an article at Salon demanding that we Make Fatherhood A Man’s Choice!.

How Global Money Fraud By The Authorities Is Helping Bitcoin Boom

By John Ward: If you finally want reinforced concrete evidence that speed-of-light trading undertaken by Geek-Quants has rendered the entirety of global stock markets a complete fix for the normal investor, then you could do a lot worse than watch this gripping video about a whistle-blowing quant who has finally revealed the bare-assed sociopathy of mendacious Wall Street mendacity. The Slog first posted about this three years ago, and before that fingered the dark liquidity pools they use as glorified cess pits. 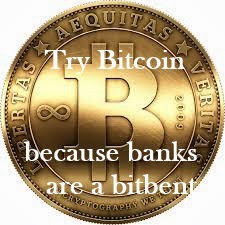 But until now, the reality that we can’t trust any of bankers central or otherwise seems to have passed the head of the Federal Reserve Bank of New York by. Only last Thursday did he come out and claim that some of America’s largest financial institutions appear to lack respect for the law.
William Dudley, a top US banking regulator whose NYFRB helps oversee Wall Street banks including JPMorgan Chase and Citigroup, made the comment during a speech focused on the problems posed by banks perceived to be “too big to fail,” and possible solutions to correct them.Dudley suggested that regulators may be stymied by “cultural” issues that have negatively affected the nation’s biggest banks. I am shocked – shocked to hear this.
What, we wonder, are chaps as naive as Mr Dudley to do about cetral banks then – do they need regulating too?
Hahahahahaha, sorry – silly question. Just how silly is made obvious by a piece at Spiegel online

What's Your View on Bitcoin?

corbettreport: As James prepares to deliver a keynote address to an open source conference in France this month, he takes some time out of his schedule to answer some of the questions that have come in for #QFC. Topics include the depopulation agenda, localization, Japan's "sexless" youth, Gladio B, anarchy and the environment, and the insurance on the Twin Towers.
Posted by Angelo Agathangelou at 5:56 pm No comments:

The Creationistas: At this very moment, many people in Australia are breaching copyright. They are doing creative things, commonplace things, public interest things, things that are improving our community and culture, and they are breaching copyright, often without even being aware of it.
Posted by Angelo Agathangelou at 4:41 pm No comments:

By Peter Wright (Tawil): The following discussion between two women Eliza and Mariana was published in 1707 AD under the title Female Grievances: Dialogues between two Young Ladies concerning Love and Marriage. The discussion shows that even back in the 1700′s women were trying to limit men’s freedom and stop men going their own way. – PW

THE BACHELOR TAX
Eliza: Amongst all the female grievances we have hitherto debated there still remains one we have not yet touch’d upon. There are an abundance of bachelors who, thro’ a cowardly apprehension of the cares and troubles of the marry’d state, are so fearful of entering into it, that they would rather run the hazard of damning their souls with the repeated sin of fornication, than they will honestly engage in Wedlock to procreate within those reasonable bounds which the united laws of both God and man have both religiously appointed: Therefore methinks it would well become the care of a Parliament to redress this grievance, so very hurtful to the Kingdom in general, as well as to our sex in particular, by some compulsary law that should enforce Marriage upon all single sinners who otherwise will never keep a cow of their own whilst a quart of milk is to be brought for a penny.

Read more »
Posted by Angelo Agathangelou at 3:24 pm No comments: RT: The Israeli regime is ramping up its effort to prevent a deal with peaceful Iran, which is seen as a serious threat to its national security. It comes after French intervention stalled high-level talks aimed at resolving the conflict over Iran’s nuclear program. As delegations from Iran and six leading nations were locked in negotiations in Geneva, the regime of Benjamin Netanyahu was continuing to advocate against dealing with Tehran. Over the weekend, Netanyahu called British PM David Cameron and German Chancellor Angela Merkel to promote Tel Aviv’s position, he told his Cronies on Sunday.
“I told them that according to the information reaching Israel, the deal that appears to be in the offing is bad and dangerous,” Netanyahu said. “Not just for us but also for them. I suggested that they wait and give it serious consideration, and it’s good that that is indeed what was decided. We will do everything we can to convince the leaders not to reach a bad agreement.”
"I asked them what was the rush? I suggested they wait,"

FUCK You GooGLe PLuS! 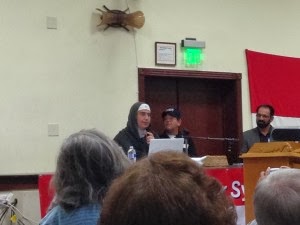 By Madison Ruppert: Mother Agnes-Miriam of the Cross, the mother superior of a monastery and convent in Qara, Syria, presented her eyewitness experiences of atrocities while also offering her vision for peace in the war-torn nation.
She has been in the news a few times now, presenting a view of the country and what is going on there that the mainstream media regularly leaves out.
Agnes did not mention the recent massive slaughter of Christians in Syria, instead highlighting the violence suffered by all. However, Christians are especially vulnerable in Syria and their situation seems to only be getting worse.
Human Rights Watch emergencies director Peter Bouckaert has called Agnes a “discredited Assad propagandist” and The New York Times characterized her as someone who is “frequently quoted in the Russian media, and by American critics of Islam, defending the Assad government.” A Christian blogger, on the other hand, wrote positively of Agnes.

Read more »
Posted by Angelo Agathangelou at 9:14 am No comments:

No Country For Young Men

Despite a miraculous economic “recovery,” EU-wide youth unemployment hit 24%. New records were set in Spain (56.5%), Greece (57.3%), Italy (40%), and France (26%). The warnings from history are clear: governments that allow youth unemployment to escalate, do so at their own peril. 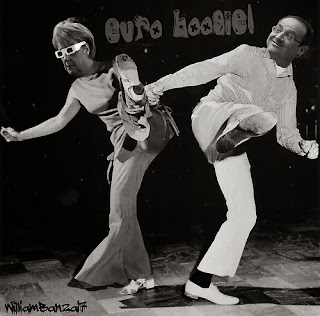 By Don Quijones: Not for the first time in recent history, hordes of young Spaniards are packing their bags, upping sticks and heading for new lands. Like their grandparents before them, they have little choice but to seek work beyond Spanish borders.
There is no official figure for how many have left since the crisis began, but various estimates put the number at over 300,000. That figure has almost certainly skyrocketed since then, as many of the country’s most determined, most proactive and often most talented young adults seek out opportunities in other European countries, such as Germany and the U.K., or in fast-growing Latin American nations like Brazil or Mexico.
As César Castel, a Spanish head-hunter, complained to The New York Times, “this generation of young people who are leaving are our best qualified ever. It is a huge loss of investment for Spain. On average it costs us 60,000 euros to train each engineer and they are leaving.”

Read more »
Posted by Angelo Agathangelou at 4:00 am No comments:

The Manifesto of Coalition JS38 + Revision

Read more »
Posted by Angelo Agathangelou at 1:23 am No comments: