Stefan Molyneux: Helping the free market, Obamacare as a test of the American people, the constitution as a warning label, expressing preferences to children, the insanity of communicating hell to children, forced into national service, the danger of falsehoods in your historical narrative, living by the rules you create and aiming to be remembered.

By Michael Krieger: In the walls of the cubicle there were three orifices. To the right of the speakwrite, a small pneumatic tube for written messages, to the left, a larger one for newspapers; and in the side wall, within easy reach of Winston’s arm, a large oblong slit protected by a wire grating. This last was for the disposal of waste paper. Similar slits existed in thousands or tens of thousands throughout the building, not only in every room but at short intervals in every corridor. For some reason they were nicknamed memory holes. When one knew that any document was due for destruction, or even when one saw a scrap of waste paper lying about, it was an automatic action to lift the flap of the nearest memory hole and drop it in, whereupon it would be whirled away on a current of warm air to the enormous furnaces which were hidden somewhere in the recesses of the building. 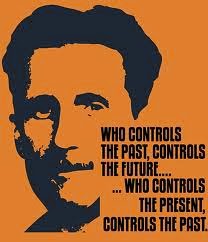 - From George Orwell’s 1984
As many of you will recall, the protagonist in George Orwell’s classic novel 1984 (sales of the book exploded higher this past June following the Snowden revelations) was a man named Winston Smith who worked for the Ministry of Truth. One of his key functions was to revise old newspaper articles in order to make them consistent with the ever changing propaganda intentions of Big Brother.
Apparently 1984 really was an instruction manual, particularly for the Conservative Tory Party in the UK.

Banksters: The criminal history of scandal in UK financial services

By Rowan Bosworth-Davies: "...I`m taking two weeks off from painting to clean the house up and sort out my financial affairs; like the dreadful endowments we took out that have barely reached half their planned targets and the bloody awful Pensions that have been eaten up by fees. And that fucking  `Gan` policy they said was too big to fail . Thieving bastards, I`m pooped already..." 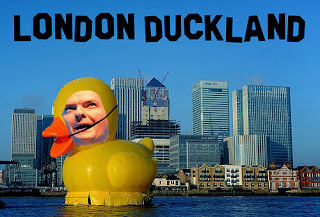 A friend of mine writes a message on a social networking web-page.

A quick phone call elicits that over the years, he has been sold financial products that are not fit for purpose, are not suitable for his needs, and are either diminishing in value, literally in front of his eyes as the fees charged exceed the earnings, or have collapsed because the original company has gone into bankruptcy and other product providers have stepped in and taken over the residual investment fund. They, in turn have mismanaged the fund as well, until there is virtually nothing left of the original investment, which he was told was guaranteed against failure because of its association with a major European investment fund!

Read more »
Posted by Angelo Agathangelou at 8:43 pm No comments: Links to this post

A Double Standard Of Feminists

MrRepzion
Posted by Angelo Agathangelou at 5:23 pm No comments: Links to this post

Stardusk
Posted by Angelo Agathangelou at 3:46 pm No comments: Links to this post 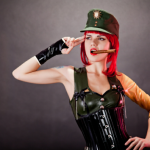 By Lucian Vâlsan: Judge Francisco Serrano Castro joined the judiciary in the year 1990 and was, until recently, judge at the First Family Court Instance number 7 in Seville and a judge on tax issues. He is also a professor and speaker for various public and private training organizations on family rights, child protection and counseling and family mediation. He is usually named the director and coordinator at family law seminars with the purpose of training judges organized by the Supreme Judicial Council both at the state level and the territorial level of the Andalusia province. He is also a regular speaker at the universities of Barcelona, ​​Madrid and Seville.
We will summarize the content of his book: “The Dictatorship of Gender – a menace against Justice and Equality”. Right from the title of the book, it is clear that the content of the book is close to the views expressed by people who defend the human rights of men and children. One of these people is the lawyer Juan Ignacio de Moron who had this to say:

The most radical feminist ideology got in power and more than one million of men have been accused of violence, deprived of their homes, their children, their income, marginalized by the state and treated as plague spreaders. A small fraction may indeed deserve condemnation, but the great majority of them are innocent victims of defamatory falsehoods taken at face value by the judiciary. The saddest thing is that the consequences are paid by hundreds of thousands of boys and girls who deprived of their fathers. Is it just an ideology? Of course not, it’s a business.

By Joao Peixe: Engineers researching at Duke University, North Carolina, have just unveiled a new invention that allows them to harvest background electromagnetic radiation and convert it into electricity, and the amazing thing is that it works at the same efficiency as modern solar panels.

The researchers explain that by using metamaterials, “engineered structures that can capture various forms of wave energy and tune them for useful applications,” they have been able to convert energy that is normally lost to the environment in the form of wasted waves, from sources such as satellite transmissions, sound waves, and Wi-Fi.
A report on the technology claims that it is capable of converting microwaves into a direct current sufficient enough to charge a mobile phone. The device can produce a maximum of 7.3V, far more than the 5V that USB phone chargers work on.
Allen Hawkes, one of the research team members, said that they “were aiming for the highest energy efficiency we could achieve. We had been getting energy efficiency around 6 to 10 percent, but with this design we were able to dramatically improve energy conversion to 37 percent, which is comparable to what is achieved in solar cells.”

Read more »
Posted by Angelo Agathangelou at 9:56 am No comments: Links to this post

What is a threat?

SparkyFister: RE:http://skepchick.org/2013/10/why-i-do...
Posted by Angelo Agathangelou at 6:17 am No comments: Links to this post

Surveillance & Censorship: They monitor our feelings and then stop us expressing them

By John Ward: At the Spiegel website, it is reported that GCHQ uses doctored websites (including those from the business network LinkedIn) to secretly install surveillance software on the computers of unwitting target companies and individuals it wants to spy on. It seems we have whistle-blower Edward Snowden to thank for this information.

I’m not remotely surprised by any of this: if anything, I feel vindicated after years of protesting that networking sites and ISPs work hand in glove with the security services on a daily basis to record everything said, written or heard by those internet users in whom they have a morbid interest.
The invasion of our privacy over the last ten years is up there with D-Day for sheer scale and aspiration. But as well as monitoring (and when they think fit, censoring) the agencies doing it can be a double-edged sword for those anal politicians who wish to wield the dangerous blade. Sir Richard Dearlove provided intelligence about Saddam Hussein’s Weapons of Mass Destruction (WMDs). His largely accurate report was taken over by Alistair Campbell and ‘sexed up’ to persuade the gullible (including me at the time) that Saddam could hit a washing line in Balham with clinical accuracy from his poison gas-wielding underground missile site in Iraq. Chemical Ali took Dearlove’s dossier and turned it into a fantasy without any foundation whatsoever.
The bad news for Blair and Campbell is that Sir Richard has spent the last year writing a detailed account of events leading up to the war.

Read more »
Posted by Angelo Agathangelou at 4:21 am No comments: Links to this post

A Case of Neuroticism - Exhibit A: Rachel Maddow

St37One: Alex Castellanos won't let Rachel Maddow spew her feminazi propaganda! Rachel has lived with chronic Depression & Anxiety ever since puberty
Posted by Angelo Agathangelou at 3:06 am No comments: Links to this post

Stefan Molyneux
Posted by Angelo Agathangelou at 1:45 am No comments: Links to this post