Max Keiser on the “Financial Terrorism” of Royal Bank of Scotland

Ian Fraser: Max Keiser is clearly over-the-top but he reflects the outrage that many feel today at the behaviour of the taxpayer-rescued bank RBS — which has today been confirmed to have been engaged in the systematic theft of business customers’ assets and other forms of outrageous skulduggery. The malpractice, which remains endemic inside the bank’s commercial and corporate lending, global restructuring group and West Register property arms (by the way, I have been covering this charlatanism since December 2010) is gaining wider exposure thanks to the efforts of the Leeds-based entrepreneur and overall IoD ‘director of the year 2012′ Lawrence Tomlinson.
In a report published today for the business secretary Vince Cable, Tomlinson makes clear that RBS routinely “distresses” otherwise profitable, stable and creditworthy businesses by “manufacturing defaults” in order to tip them into its recovery and restructuring division, GRG, and then to allow its West Register property arm to effectively steal their commercial property assets.

drewmaughan: My thoughts on Clare's Law: a piloted law to be rolled out to the rest of England and Wales next year, which enables WOMEN to do background checks on their partners.

By AVfM: A blogger at “Everyday Feminism” says our society hates vaginas. SparkyFister has some problem with this argument.
Read more »
Posted by Angelo Agathangelou at 9:44 pm No comments: Links to this post

WHY IS A SKILLED SEEKER AFTER TRUTH BEING VILIFIED?
By John Ward: The tradition of the politico-media whipped-up lynch-party is a long and undistinguished one. In the past we have seen examples such as the Dreyfus affair in France, Krystallnacht and Book burning in Germany, the McCarthy era in America, and more recently the unjustified vilification of the entire Greek nation.
I have already posted about how I’m fairly sure – in this, the age of exploding news volumes across many different media forms – we are seeing the emergence of an attempt to destroy Britain’s most famous media institution…by falsely flagging systemic criminal sexual perversion within its ranks. But this increasingly appears to be part of a broader campaign to try and slip horrendously illiberal legal instruments through Parliament in order to “legalise” the silencing of columnists and bloggers far beyond the BBC…either by making it easy and free to sue them, or by arresting them on the grounds of smears that, when interrogated, simply don’t stand up.
A classic example of this is to be debated imminently in the House of Commons. It is a catch-all permission to arrest under the heading of a sexual offences order.
Read more »
Posted by Angelo Agathangelou at 8:18 pm No comments: Links to this post 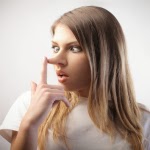 By Angry Harry: After decades of relatively unsuccessful campaigning in order to highlight the fact that domestic violence against men is much worse and more frequent than it is against women, it is very heartening to see that the latest, and biggest ever, study has at least concluded the following:
“The most comprehensive review of the scholarly domestic violence research literature ever conducted concludes, among other things, that women perpetrate physical and emotional abuse, and engage in control behaviors, at comparable rates to men.”
But, of course, thanks to the wholesale corruption of our government officials working in the western justice systems and the dishonesty of so many ‘journalists’ in the mainstream media, it is, no doubt, going to take many years before the public actually becomes aware of the fact that men make up the majority of victims of domestic violence.
The same will also probably be true when it comes to false allegations of “abuse.”
The evidence very strongly suggests that the vast majority of such allegations made to the police these days are malicious and false. And they are mostly being made by women who are seeking some kind of advantage for themselves by seeking to use the state to inflict violence on their behalf.
At the same time, however, the evidence also strongly suggests that most victims of abuse do not go to the police.
For example, it is the officially-accepted view these days that only about 10% of victims of rape report their rapes to the police.
There are many reasons why I believe this.
In brief, they are as follows.

Jesse Ventura: Every Baby Born In US Already $50,000 In Debt 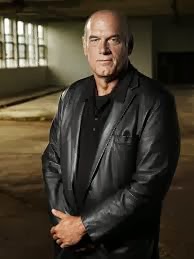 RT: A man of many titles, Jesse Ventura is a politician, actor, author, US navy veteran and a former professional wrestler. He does not associate himself with either side of the political establishment. Jesse Ventura won the seat of 38th Governor of Minnesota as an independent candidate. He believes the same luck may push him to the top of American politics - to become president of the United States.
Sophie Shevardnadze: Hello Jesse, nice to have you on the show today. Now, you want to run for presidency in 2016. Realistically, do you think you can win?
Jesse Ventura: First of all, I didn’t say that I was running, but I felt that the opportunity was there for a 3rd candidate to be successful, in the light of the fact that the way that our two parties have operated in the last few years, in the last decade, they truly have alienated the people to the point when the approval rating of the Congress is at ten percent. That’s astounding – nine out of ten people dislike them and don’t approve what they do.

Read more »
Posted by Angelo Agathangelou at 3:35 pm No comments: Links to this post

By Ty Henry: Imagine fighting for the right to skydive, and deciding after the jump that you don’t want to hit the ground.
Pretty silly, right?
Well, imagine someone fighting to get into a private military academy where no head goes unshaved, where there are no locks on doors, where no earrings, tattoos, makeup or other expressions of individuality are allowed, getting in, and wanting to wear a ponytail, have locks put on her door, have her own shower, flaunt her individuality, and saying with a straight face, “I want the full experience of this institution.” People would be quite within their rights to question this person’s honesty.
Well, this duplicitous description belongs to one Shannon Faulkner, the young woman who was ordered to be the first female cadet in the 150-plus year history of the Citadel. Now, it seems, she will embark on a new mission; to become the first maverick at an institution whose rules conscript uniformity.
Shannon doesn’t get it. Her supporters don’t either.

The artist taxi driver
Posted by Angelo Agathangelou at 7:36 am No comments: Links to this post 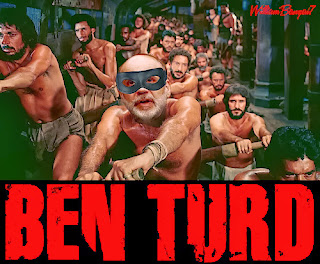 By Wolf Richter: France’s government is struggling to stay relevant. François Hollande has become the most despised president since comparable polls started in 1958. To save his skin, Prime Minister Jean-Marc Ayrault proposed a total tax reform by shuffling around who pays what, an impossible undertaking, fraught with strive and protests. He didn’t even inform Economy Minister Pierre Moscovici. Blindsided, Moscovici decided to not let himself be “buried alive,” as he said....
The struggle in this administration to somehow come out politically alive is in full swing.
On the far right, Marine Le Pen, head of the National Front, has been clamoring for years to “let the euro die its natural death.” Getting France out of the Eurozone is part of her solution to the economic quagmire. But since it’s her idea, the political elite that have taken turns governing France for decades have to brush it off.
Suddenly, there’s the next solution. This one is attractively presented with graphs and in simple economic terms that even a politician might understand. It’s seemingly well-reasoned and has no visible partisanship attached to it. And it came from one of the largest megabanks in France, Groupe BPCE, that hardly anyone knows.

The 10 Corporations That Control Almost Everything You Buy

Submitted by Tyler Durden: We know the ten "people" that run the world, that 25 cities represent over half the world's GDP, and that the world's billionaires control a stunning $33 trillion in net worth... but who controls what the average joe-sixpack on Main Street buys? As PolicyMic notes, these ten mega corporations control the output of almost everything we buy - from household products to pet food and from jeans to jello. The so-called "Illusion of Choice," that these corporations (and their nepotistic inter-relationships) create is remarkable...
(click image for gigantic legible version)

Read more »
Posted by Angelo Agathangelou at 4:16 am No comments: Links to this post 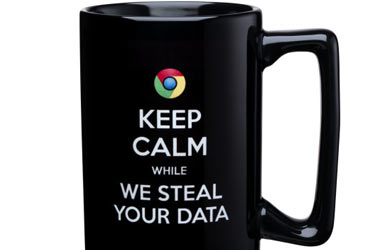 By Melissa Melton: Everyone knows Bill Gates thinks his company’s search engine Bing is much better than Google. Now the official Microsoft store has added a new line of products jabbing at Google, and its web browser, Chrome for customer data theft.

Now you too can own your very own, “Keep Calm While We Steal Your Data” mug or t-shirt with the Google Chrome logo on it. Not sure what to get your Aunt Netta who has everything this Christmas? Maybe she needs a creepy t-shirt with the Google Chrome logo dressed up in a fedora and trench coat that says, “I’m watching you” on the front and “Don’t get Scroogled” on the back.

Scroogled is the phrase Bing came up with for an anti-Google campaign regarding Gmail breaking wiretap laws when the company uses keywords in emails to target people with ads. The description for the $7.99 mug, for example, says, “Put 15-ounces of your favorite beverage into this stoneware mug to let the world know that even though Google is trying to make money on almost every aspect of your digital life, you’re still calm. And fully caffeinated.” Prices are pretty cheap in the Scroogled store. Microsoft is selling the shirts for just $11.99, an amount much less likely to net a lot of profit as it is to just try and make Google look bad.

Read more »
Posted by Angelo Agathangelou at 2:11 am No comments: Links to this post