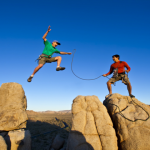 By Anon: I like to think we live in a world where everyone has an adult mindset. You know, where we can be mature, thoughtful, compassionate individuals. Understanding is the key to living in a diverse society, right?
And then I experience what I do in comment boards.
Wherever you go, whether it’s NPR.org, CNN.com, MSNBC.com, FOXNews.com (insert your mainstream news site here) – you’ll find the Disqus comment feed which appears to be an amalgamation of sensible commenters, ill-mannered conspiracy theorists, and an old standby: churlish misandrists.
In a seemingly-unabated fit of comment mania, and behind the pleasant shroud of anonymity that the Internet so graciously provides, misandrists are now able to bash, abuse, humiliate, and wound men – most specifically men who have been falsely accused, or whose accusers lack credibility or even more than a slight shred of evidence.
These delinquent commenters, most of them anonymous, seem to assert in their baseless, unfounded “arguments” that every allegation made against a man in the history of the world is true and without error. They stand for the proposition that women everywhere need to be cognizant of a “rape epidemic” – that men are vile, creepy, sex-hungry beasts who lurk at parties and in college hallways, waiting for the prime moment to strike and attack the closest female prey.
Because all men are potential rapists, right?

Read more »
Posted by Angelo Agathangelou at 9:14 pm No comments: Links to this post

By August Løvenskiolds: A recent note by a student named Arielle Schlesinger at HASTAC.ORG discussed the exciting possibility of creating a feminist computer programming language. Arielle believes the object-oriented programming languages (like C++) “reifies normative subject object theory” – which, in human-speak, means that they are real-world examples of the abstract patriarchy theory that men (subjects) do hateful things to women (objects).
In reality, of course, men do things not to women, but FOR women, and usually after the women demand those things be done for them – a concept known as “gynocentrism“. 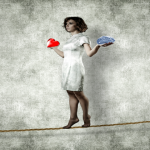 In her vision of rainbows and unicorns and free love, Arielle imagines that this language would replace objects with entanglements, which are the silly new-age (rhymes with “sewage”) creations based on the principle of quantum mechanics that two or more particles can become linked in ways that make their destinies interrelated no matter how far apart they are – an idea Einstein called “spooky action at a distance“.
In the feminist world, “Entanglements” are feminist-defended entitlements that women earn because: vagina.

Stefan Molyneux: Stefan Molyneux speaks with Dr. Dan Edmunds to discuss skepticism of the DSM-5, failure to conform with society as mental illness, the damaging effects of pharmaceutical cocktails on children, autism spectrum disorders and much more.

Read more »
Posted by Angelo Agathangelou at 2:58 pm No comments: Links to this post

GREEKS ‘WILL GET ONLY 20%’
Rumours that Samaras “has secret deal”
By John Ward: All-round tough journalist, rabble-rousing investigator and standard-issue anti-Zionist anti-apartheid George Tragas has a Sunday show on Greek TV each week called Sniper. His guest last night was Minerologist professor Antonis Foskolos, a chap who has, since 2011, been a regular rent-a-quote on the subject of Greek gas finds.
According to the professor, “..the 2 areas that have significant scientific evidence are south of Crete, and the 9 mud volcanos in the Greek Herodotus basin. He stunned the Mediterranean nations three years ago by claiming that there could be ’1.5 trillion cubic metres’ of gas in the find….more than Iran is thought to have in reserves. There is, of course, the 64 trillion dollar question of how one gets at it, as Iran’s reservoir is somewhat nearer the surface. But news of the find has always helped explained the unhealthy interest the US has in the future of Greece – and why Alexis Tsipras of Left-wing Party Syriza has been assiduous in his courting of Washington.
Things have moved on and Norwegian surveys have been undertaken that, according to Foskolos, show Greece having “richer energy deposits than Saudi Arabia”. But last night he revealed two things hitherto unknown among the Greek general public:

Read more »
Posted by Angelo Agathangelou at 1:13 pm No comments: Links to this post

By Michael Krieger: Last week, I once again sat down with my friend Dan Ameduri of Future Money Trends to discuss, well, future money trends.
It should come as no surprise that Bitcoin was the focal point of discussion given the recent price rise, increased adoption, capital investment as well as media attention. I have to give Dan a lot of credit for having an open mind about BTC when many others in the hard assets world have not, and he is becoming a leading voice is spreading the word about what Bitcoin and crypto-currencies generally mean for future human freedom as well as economic advancement.
Enjoy!

Read more »
Posted by Angelo Agathangelou at 10:45 am No comments: Links to this post

DEMCAD: I speak with Robert O'Hara of "A Voice for Men" about the MGTOW (Men Going Their own Way) movement and how the legal system unfairly targets men. We discuss paternity fraud, men forced to pay child support, men's reproductive rights, divorce laws, why men are forced to pay for children that are not there own much more.
Posted by Angelo Agathangelou at 9:38 am No comments: Links to this post

UK BANNED Press TV: More than 5,000 people have been evacuated from their homes in northern Gaza Strip following a flood caused by days of torrential rains.
Gaza Health Ministry said one person died and score of others were injured as flood waters damaged poorly-built homes in what the United Nations has called “a disaster area.”

Read more »
Posted by Angelo Agathangelou at 7:58 am No comments: Links to this post

Submitted by Tyler Durden: Representing numbers that would put the adoption curve of Obamacare to shame, the Bitcoin equivalents of Paypal, BitPay, announced last week that it has now processed over $100 million in BTC transactions in 2013, has increased its merchant base to over 15,500 approved merchants in over 200 countries, but most importantly, has seen a surge in the number of merchants using its BTC payment pricing plan, by 50% since October while the volume of transactions has tripled. While the surge in the currency adoption has matched the explosive rise in the USD-value of the currency, the news should comfort any lingering doubts whether Bitcoin is a credible payment system.
From the BitPay press release:

BitPay Inc, the world leader in business solutions for virtual currencies, announces it has processed over $100 million in transactions this year, and has increased its merchant base to over 15,500 approved merchants in 200 countries. Since the announcement of the new All Inclusive Pricing Plan in October, along with the integration with Shopify in November, the number of new merchants has increased over 50% and the transaction volume has tripled.

Read more »
Posted by Angelo Agathangelou at 4:54 am No comments: Links to this post

Tell Karzai to Keep Saying No to 10 More Years‏

By RootsAction: The U.S. public has been telling pollsters we want all U.S. troops out of Afghanistan "as soon as possible" for years now. We're spending $10 million per hour on an operation that many top officials and experts have said generates hostility toward our country. The chief cause of death for U.S. troops in this operation is suicide.
Email Afghan President Hamid Karzai to ask him to keep saying no to a longer occupation.
At long last, we have an important (and usually quite corrupt) politician on our side, responding to public pressure and ready -- after 12 years -- to shut down Operation Enduring ... and Enduring and Enduring.
This politician's name is not President Barack Obama. When Obama became president, there were 32,000 U.S. troops in Afghanistan. He escalated to over 100,000 troops, plus contractors. Now there are 47,000 troops there five years later. Measured in financial cost, or death and destruction, Afghanistan is more President Obama's war than President Bush's. Now the White House is trying to keep troops in Afghanistan until "2024 and beyond."
Read more »
Posted by Angelo Agathangelou at 2:46 am No comments: Links to this post