RT: After years of being held at the US Naval Base in Cuba without trial, Ibrahim Idris, one of two Sudanese detainees released on Thursday, said US prison officials had "systematically tortured" him in the course of his 11-year imprisonment at Gitmo.

Idris, who has been described by US officials as mentally ill, delivered his comments in a news conference in Khartoum, just hours after returning home courtesy of a US military plane.
Appearing weak and speaking with apparent difficultly, Idris gave a brief account of his lengthy imprisonment at Gitmo.
“We have been subjected to meticulous, daily torture," he said. "We were helpless…on an isolated island, surrounded by weapons."
He praised the Sudanese government and human rights organizations for working to secure the release of prisoners at Gitmo, which has been called “the GULAG of our times” by Amnesty International. Closed-door military tribunals, for example, have been riddled with problems, including courtroom speakers that have a mysterious tendency for being blocked during key testimony.
Another released detainee, Noor Othman Muhammed, was unable to attend the conference because he was recovering in the hospital, Idris said. 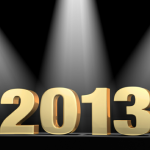 By Glen Poole:
APRIL
19. Campaigner for equal rights of male victims kills himself
April saw the sudden death by apparent suicide of the Canadian men’s rights campaigner Earl Silverman. Silverman was a victim of domestic abuse at the hands of his former wife and struggled to access help:
“When I went into the community looking for some support services, I couldn’t find any. There were a lot for women, and the only programs for men were for anger management,” he said recently. “As a victim, I was re-victimized by having these services telling me that I wasn’t a victim, but I was a perpetrator.”
Three years ago Silverman set out to help other men in his position by turning his own home in Calgary into the Men’s Alternative Safe House (MASH). Around 20 men, some with children, used the service before it closed last month.
Silverman, who self-funded the venture, was unable to keep up with the bills and closed the shelter and sold his home last month. He was found hanging in the garage.
Around $5,000 was raised by men’s rights activists in the wake of the death to establish and Earl Silverman Center for male victims of domestic violence, though the future of this project remains uncertain.
I wrote a tribute to Earl Silverman at the Good Men Project and was impressed with Ally Fogg’s “need knows no gender” article in The Independent.
20. Scouting and Guiding confirm their sexism towards men

Read more »
Posted by Angelo Agathangelou at 9:34 pm No comments: Links to this post

MacBooks Can Be Remotely Exploded And Webcams Can Be Hijacked Without Turning On Indicator Light! 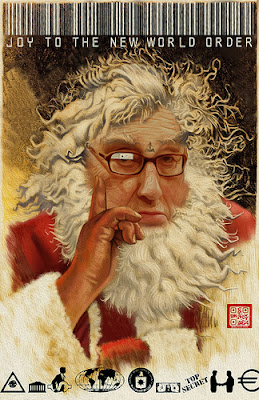 By End The Lie: Researchers have demonstrated the ability to remotely hack into a MacBook webcam without triggering the indicator light, a capability which the FBI has reportedly had for several years.
In August, it was revealed that the National Security Agency (NSA) calls on its employees to physically remove the built-in webcam from Apple laptops for security reasons.
The findings of the researchers, first reported on by The Washington Post, are especially interesting because Apple laptops have the indicator LED hardwired to the camera.
This hardwiring is designed to activate the light whenever the camera is activated, a feature that should prevent the remote activation of the webcam without the user’s knowledge.
The researchers looked at 2008 MacBooks and MacBook Pros, so it is unclear if the results also apply to today’s Apple laptops.
The researchers from Johns Hopkins University told the Post that “similar techniques could work on more recent computers from a wide variety of vendors.”

Read more »
Posted by Angelo Agathangelou at 7:59 pm 3 comments: Links to this post

The artist taxi driver
Posted by Angelo Agathangelou at 5:38 pm No comments: Links to this post

ukcolumn: Ian R Crane returns with more news from the iGas installation at Barton Moss, where the police are becoming ever more heavy handed.
Posted by Angelo Agathangelou at 4:23 pm No comments: Links to this post

SMALL MISCALCULATION IN DERIVATIVES MARKET, EUROPE FLATTENED, NOT MANY DEAD 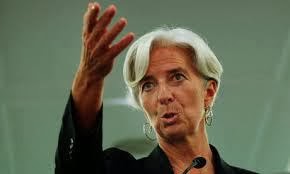 Still in shock, Christine Lagarde lets a selfie fall from her grasp
Terminology table revealed for first time, seen to have no legs
By John Ward: As Ben the Banker lit his blue touch taper this week to the tune of 10 billion bucks, on the same day, slightly higher numbers were being tossed about with recklessly quiet abandon by the Commodity Futures Trading Commission (CFTC).  It announced casually that technical errors (known on the eurovision side of the Pond as ‘glitches’) at two swaps data repositories, which collect and supply regulators with transaction data, had caused the CFTC to under-report the size of the swaps market. By a trifling $55 trillion.
There is no way any sane human can put a number that big into perspective, but I’ll try and have a crack at context. World gdp last year (2012) was $71.83 trillion. The American gdp is $15.2 trillion.
Hilariously, the Wall Street Journal called the miscalculation “a lack of clarity”, continuing its piece on the glitch by observing that the murkiness thing ‘may undermine a key plank of the 2010 Dodd-Frank law aimed at bringing transparency to the opaque derivatives market.’
Well, yes, I suppose it would just a little. Mind you, it also puts into perspective the “massive €55billion fund” created by the Eunatics on that very same day, which “will be more than enough to handle any bank failure”.
More than enough for a failure maybe: but could it handle a glitch?

Read more »
Posted by Angelo Agathangelou at 3:15 pm Links to this post

Putting unqualified people into positions of responsibility is a bad idea. Forcing companies to do this is insane, unless you want to kill the company. 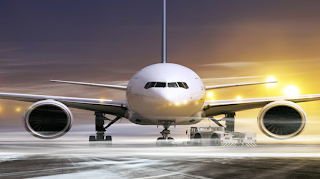 By Mike Buchanan: We now know a good deal about the impact of increasing female representation on corporate boards. Longitudinal studies (the only ones of any relevance, as they separate causation from correlation) of companies in the United States, Germany and Norway show it leads to corporate financial decline. A briefing paper on the matter prepared by Campaign for Merit in Business has the Abstracts and URLs of five such studies:
Increasing gender diversity on corporate boards leads to declines in financial performance: the evidence
Across the developed world major corporations are increasing female representation on their boards and senior executive levels, sometimes under government pressure, sometimes not. We’re indebted to M, a supporter who lives in Eastern Europe, for pointing us to some intriguing pieces. He’s just come up with a new one, a real gem, relating to Qantas.

A federal appeals court in New York City has revived litigation against Saudi Arabia on behalf of families of victims of the September 11, 2001, attacks.
UK Banned Press TV: More than twelve years after the 9/11 attacks and eight years after a lower federal court ruled Saudi Arabia had immunity from prosecution, a three-judge panel of the 2nd US Circuit Court of Appeals in Manhattan ruled on Thursday that families of 9/11 victims can get their day in court against Saudi Arabia.

RT: Denmark, Belgium, the Netherlands and several other EU countries were named among “third party partners” in the NSA-led global signal intelligence program, a new leak submitted by journalist Glenn Greenwald to Danish TV reveals.
According to the document, obtained by Swedish TV program ‘Mission: Investigate’, that has been probing Sweden's participation in global spying operations, nine European countries were added to the list of NSA accomplices. 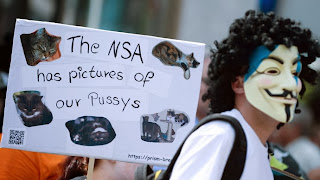 The "third party partners" to the Five Eyes nations has now grown to include nine states - Denmark, Sweden, Norway, Belgium, France, Germany, Italy, the Netherlands and Spain.
The newly-leaked document from Edward Snowden is the first written confirmation of Denmark's formal agreement with the NSA, the Copenhagen Post writes.
Denmark’s role in US spying scheme was labeled “very worrying” by Enhedslisten's Pernille Skipper, Danish parliamentarian.

HoneyBadgerRadio
Read more »
Posted by Angelo Agathangelou at 6:30 am No comments: Links to this post

Max Keiser and Stacy Herbert discuss factory-farmed citizen consumers who live in mom's basement, dragging the economy down with them. They also discuss the monoculture of housing bubbles and high interest rate loans in the workplace.

By fortytwo6x7: When we wish to understand how seriously society judges any incident, a good starting point is the sanctions placed upon the perpetrator. This idea of action and consequences runs through any legal system. It is something we grow up with, both in the home and at school. It governs what is found as acceptable behavior. We understand the difference between our parents “grounding” us for a week and or a month, and rightly would expect these two punishments to be incurred for vastly different offences. We rightly expect society to ensure the punishment fits the crime. We would expect accidentally braking a test tube or a glass at school to be punished roughly the same (as they are both accidents of carelessness) perhaps with detention. We would expect willfully braking a window to incur a much more serious reprisal (as it is a deliberate act) for example suspension or possibly being expelled from the school. These are things we expect children to understand from the age of six or seven. Then we expect these children to bring these principles into the adult world and the workplace.
Given that we all understand this, what conclusions can we draw from two “incidents” that occurred, at roughly the same time involving female presenters at BBC Radio Coventry and Warwickshire in 2006/7.
There are two incidents around that time.
Read more »
Posted by Angelo Agathangelou at 1:02 am No comments: Links to this post