It is hardly surprising that Smith should think this – given that she is incapable of formulating any worthwhile, original ideas herself.  While meeting with her group of radical fringe collaborators earlier this month she presented her idea of making internet users register with Internet Service Providers (ISPs) to access freely available, legal, adult material.  The thing is, the idea is not hers.
It was already tabled in the U.K., where it now set to fully roll out in early 2014.  In fact, such is Smith’s fanaticism that while speaking to the National Post she made the astounding (and frankly unbelievable) claim that she “got a letter from a young boy 10 years of age telling me he was addicted to porn. It just brought me to tears.”
Smith’s statement today is in response to news that the Supreme Court of Canada (SCOC) has declared current laws on prostitution unconstitutional.  Her statement, however, is little more than another pathetic attempt to demonize male sexuality by aping the legislation of other feminist zealots.  This time, she’s chosen to copy the efforts of feminist legislators in Sweden, who in 1999 made it illegal to purchase, but not to sell, sex.
One has to wonder what they’re putting in the water in the constituency of Kildonan-St.Paul.  Here’s the statement – get your sick bags ready:

Read more »
Posted by Angelo Agathangelou at 11:28 pm No comments: Links to this post

Reaper invasion link: (most relevant parts at 27 to 32 seconds and again at very end of video)

On Phronima sedentaria being the inspiration for the aliens franchise
http://deepseacreatures.org/interesti...

What if God was... A Feminazi - Dark Cheese

DarkCheeseTV: I mean just imagine. Imagine for me what a mad, mad, mad world that would be.

US Sailors, Assisting With Fukushima Clean Up, Crippled By Cancer And Lame-Stream Media Complicity

Submitted by Tyler Durden: Back in December 2012, we wrote that it was only a matter of time before Japan's criminal lying about the radioactive exposure in the aftermath of the Fukushima catastrophe caught up with it, as well as with countless numbers of people who would soon succumb to radiation induced cancers and other diseases. What we found surprising back then, before the full scale of the Fukushima catastrophe become clear and before even Tepco admitted that the situation is completely out of control, is that those holding Japan accountable were not its own citizens but eight US sailors who have then filed a suit against semi-nationalized energy operator TEPCO - the company which repeatedly ignored internal warnings about the ability of the Fukushima NPP to withstand an earthquake/tsunami -  seeking $110 million in damages.

Read more »
Posted by Angelo Agathangelou at 2:46 pm No comments: Links to this post

LifeAfterWomen
Read more »
Posted by Angelo Agathangelou at 12:46 pm No comments: Links to this post

Misandry: An Attack On Bachelors - And Their Reply

By Peter Wright (Tawil): In the 1890′s a proposed ‘tax on bachelors’ caused the very first MGTOW (Men Going Their Own Way) and Men’s Rights group to form.1 At that time a group of bachelors banded together in response to the tax and to fight for their freedom from gynocentric slavery. They can also be considered the first Men’s Rights group to fight against patently misandric laws. 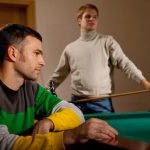 Background
In 1896, a Mrs. Charlotte Smith, feminist activist and President of the Women’s Rescue League, spearheaded an anti-bachelor campaign, based on her observation and concerns regarding the increasing numbers of women who could not find husbands — a surprising development considering men outnumbered women in the United States then by 1.5 million.2 Her solution to the “problem” was to denigrate, malign, and ultimately punish bachelors in order to pressure them into marrying any women unlucky enough to remain unwed. Mrs. Smith’s malignment of bachelors began with attacks on public servants and officials, saying that bachelors have always been failures, and that bachelor politicians, especially, were “narrow minded, selfish, egotistical, and cowardly.” She further claimed that, “It’s about time to organize antibachelor clubs in this state. 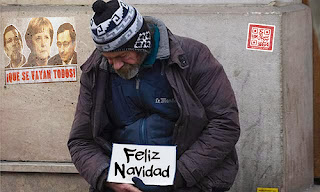 By Dr. Jeffrey Lewis: The curious case of Bitcoin and the associated rise of electronic currency has rekindled money and wealth discussions. It has also given rise to the re-birth to a libertarian cyberpunk ideology. In some ways, the response is a natural reflection of the devaluing of paper promises. In others ways, electronic crypto-currency is perfectly positioned to launch into physical metals. In fact, early correlation has been established, despite the overall tight control of the precious metals markets.

The most enthusiastic e-currency proponents have an insatiable appetite and need for understanding and defending their positions. What is fascinating is the much sought after anonymity and speed of movement. More difficult to establish is credible backing.

However, the intensity and enthusiastic defense are manna from heaven for the long-term physical precious metals investor. Such an investor is apathetic to the cause that any significant mass of the populace will gradually wake up to the ongoing (and historically unprecedented and ultimately hyperinflationary) monetary experiment being run today.
Read more »
Posted by Angelo Agathangelou at 9:50 am No comments: Links to this post

Julie Borowski: US Senators are calling for additional sanctions on Iran. Terrible idea. Sanctions rarely work, they make us less safe, and they hurt the U.S. economy. Say no to new Iran sanctions.
Posted by Angelo Agathangelou at 8:44 am No comments: Links to this post

9/11 Attacks Carried Out By US, Israel and Saudi Arabia: Expert

UK BANNED Press TV: On Thursday, a US federal court ruled that relatives of people who died in the 9/11 attacks can sue Saudi Arabia, reversing a lower court ruling in 2002 that had found the kingdom immune from lawsuits.

The complaint states that much of the funding for the al-Qaeda terrorists involved in the attacks on the World Trade Center and the Pentagon came from Saudi Arabia.

Dr. Kevin Barrett, a member of the Scientific Panel for the Investigation of 9/11, rejects the official narrative, saying Saudi Arabia is a "puppet of the US and other Western governments."

Read more »
Posted by Angelo Agathangelou at 7:13 am No comments: Links to this post

Does Anti-feminism Help or Hurt the Men's Movement? + Manginosity

Paul Elam: Hosted by Sage Gerard, Director of Collegiate Activism for AVFM. On the panel discussion will be Paul Elam, founder and publisher of A Voice for Men, Glen Poole, director of the consultancy Helping Men, UK co-ordinator for International Men's Day and author of the book Equality For Men, Dean Esmay, managing editor of A Voice for Men and Greg Andreson, researcher and media liaison for Men's Health Australia and senior researcher for the One in Three Campaign.