Julie Schenecker Convicted Of Murders Of Her Two Teenage Children 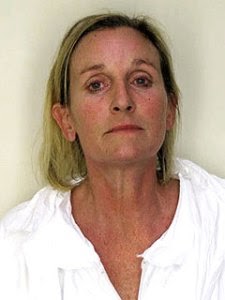 By Michael Conzachi: Jury Rejects Ex-wife of Retired Army Colonel’s Insanity Plea. Defense Attorney unsuccessfully tries to blame husband.
The Tampa Florida murder trial for 53 year old Julie Schenecker is now over. A jury has convicted her and she has been sentenced to life without parole.
In January 2011, while her husband, now retired Army Colonel Parker Schenecker was stationed in the Middle East, Julie Schenecker murdered her kids, 16 year old Calyx and 13 year old Beau.  She shot both in the head at point blank range, Beau in the car while on the way to soccer practice and Calyx while she did her homework on the computer.  For extra measure, Julie sent a second bullet into their heads just to be sure. 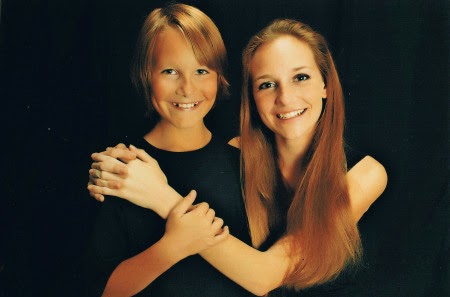 Julie Schenecker left Beau in the minivan after shooting him, then after shooting Calyx, she placed the dead 16 year old on the bed and attempted to manipulate her face into a smile.
After the killings, Julie Schenecker, covered in blood, wandered near the back porch in a Zombie like trance until police arrived, where she admitted the killings and stated that she did it because her kids were “mouthy.”  Shortly after the arrest, Parker Schenecker was granted a divorce, (ya think).

When arrested and during the so called “perp walk,” Julie Schenecker shook, twitched and trembled with “bugged out” eyes in front of TV cameras, akin to just departing from an alien spaceship at Roswell.  It was apparent that an insanity defense was going to be used, and it was.
Shortly after her arrest and in preparation for the upcoming trial, Schenecker’s defense attorney, Edward Brennan blamed her husband Parker, claiming that he was responsible for the deaths as he knew his wife was mentally ill, but did nothing about it.
This site and others like it have numerous stories of men being eviscerated and have been subjected to phony restraining orders for attempting to seek out mental health treatment for their disturbed wives, as this of course causes emotional trauma worthy of court intervention.
Information, testimony and evidence presented in the case reveals that Julie Schenecker has had a long history of mental health issues and several hospitalizations.  She was diagnosed as being Bi-Polar along with several other personality disorders and apparently was abusing alcohol and OxyContin.
Damming evidence was introduced at trial of a journal that Julie had been keeping, outlining her murderous plan including evidence that she had purchased the handgun used to execute her kids just days before the tragic event. 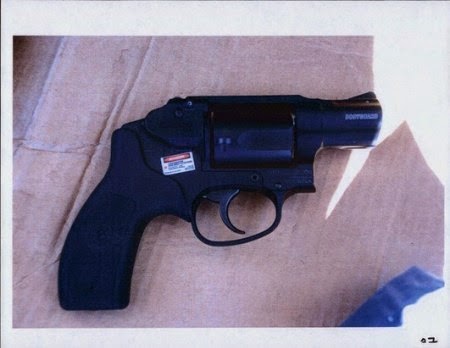 Evidence was also introduced of a history of minor traffic accidents on the part of Julie and at least one prior inquiry of child protective services into an allegation that Julie had slapped around Calyx months before, however that inquiry did not lead to the filing or criminal charges or the issuance of a restraining order.
Lots of warning signs and red flags, but the dots were never connected.
A female headshrinker for the defense Dr. Eldra Solomon testified in Hillsborough County Court in Tampa that Julie Schenecker was “insane” at the time she killed her son Beau and daughter, Calyx, that the 53 year-old former Army linguist was off her rocker when she shot dead “execution-style” both her teen-aged children.  It’s clear she was “off her rocker” but certainly capable of distinguishing between right and wrong.
The jury didn’t buy it, found her guilty, and she will spend the rest of her miserable and delusional life behind bars, and may she rot in hell.  Too late for 16 year old Calyx and 13 year old Beau, two good kids who were good students and good athletes, and who had all of life’s treasures before them until they were executed by their mother.
We have seen this time and again in cases of murdering moms where the mental health warning signs were ignored or missed.  Or, when concerned husbands or partners tried to get intervention for mental health issues were then subjected to being the recipients of restraining orders for doing so.
None of us can Monday morning quarterback each and every situation, but one must wonder if the gender roles and scenarios were reversed, would mental health and child protective authorities have taken a different path?  How many more times will we have to report on a similar tragedy?  I’m afraid, way too many.

Michael Conzachi is a retired three decade law enforcement veteran in Southern California, and private investigator with approximately 35 years of law enforcement and private investigative experience. He serves on several child abuse and victim advocacy group boards, is a contributing writer for several similar advocacy organizations and has authored a restraining order legislative change proposal to the California State Senate.