But in the years they were getting started, a key component of ISIS’s support came from wealthy individuals in the Arab Gulf States of Kuwait, Qatar and Saudi Arabia. Sometimes the support came with the tacit nod of approval from those regimes; often, it took advantage of poor money laundering protections in those states, according to officials, experts, and leaders of the Syrian opposition, which is fighting ISIS as well as the regime.

The extremist group that is threatening the existence of the Iraqi state was built and grown for years with the help of elite donors from American supposed allies in the Persian Gulf region. There, the threat of Iran, Assad, and the Sunni-Shiite sectarian war trumps the U.S. goal of stability and moderation in the region.

It’s an ironic twist, especially for donors in Kuwait (who, to be fair, back a wide variety of militias). ISIS has aligned itself with remnants of the Baathist regime once led by Saddam Hussein. Back in 1990, the U.S. attacked Iraq in order to liberate Kuwait from Hussein’s clutches. Now Kuwait is helping the rise of his successors.
As ISIS takes over town after town in Iraq, they are acquiring money and supplies including American made vehicles, arms, and ammunition. The group reportedly scored $430 million this week when they looted the main bank in Mosul. They reportedly now have a stream of steady income sources, including from selling oil in the Northern Syrian regions they control, sometimes directly to the Assad regime.
But in the years they were getting started, a key component of ISIS’s support came from wealthy individuals in the Arab Gulf States of Kuwait, Qatar and Saudi Arabia. Sometimes the support came with the tacit nod of approval from those regimes; often, it took advantage of poor money laundering protections in those states, according to officials, experts, and leaders of the Syrian opposition, which is fighting ISIS as well as the regime.
“Everybody knows the money is going through Kuwait and that it’s coming from the Arab Gulf,” said Andrew Tabler, senior fellow at the Washington Institute for Near East Studies. “Kuwait’s banking system and its money changers have long been a huge problem because they are a major conduit for money to extremist groups in Syria and now Iraq.”
Iraqi Prime Minister Nouri al-Maliki has been publicly accusing Saudi Arabia and Qatar of funding ISIS for months. Several reports have detailed how private Gulf funding to various Syrian rebel groups has splintered the Syrian opposition and paved the way for the rise of groups like ISIS and others.
Gulf donors support ISIS, the Syrian branch of al Qaeda called the al Nusrah Front, and other Islamic groups fighting on the ground in Syria because they feel an obligation to protect Sunnis suffering under the atrocities of the Assad regime. Many of these backers don’t trust or like the American backed moderate opposition, which the West has refused to provide significant arms to.
When confronted with the problem, Gulf leaders often justify allowing their Salafi constituents to fund Syrian extremist groups by pointing back to what they see as a failed U.S. policy in Syria and a loss of credibility after President Obama reneged on his pledge to strike Assad after the regime used chemical weapons.
There we go. More evidence the Saudis were probably behind the chemical attacks in Syria, and now they are making a more aggressive play in Iraq.
That’s what Prince Bandar bin Sultan, head of Saudi intelligence since 2012 and former Saudi ambassador in Washington, reportedly told Secretary of State John Kerry when Kerry pressed him on Saudi financing of extremist groups earlier this year. Saudi Arabia has retaken a leadership role in past months guiding help to the Syrian armed rebels, displacing Qatar, which was seen as supporting some of the worst of the worst organizations on the ground.
Now here is where things get downright surreal. The United States government is actually considering an alliance with Iran to stop al-Qaeda’s (Saudis) advance in Iraq. Yes, the nation that the USSA has spent the last several decades demonizing as the incarnation of Lucifer is potentially about to become a U.S. ally. The BBC reported that:

Washington is considering direct talks with Iran on the security situation in Iraq, a US official has told the BBC.
The move comes as US President Barack Obama weighs up options on action to take in Iraq.
While the US and Iran are old adversaries, both have an interest in curbing the growing threat posed by ISIS and both are considering military support to the Iraqi government, says the BBC’s Rajini Vaidyanathan in Washington.
The US is said to be considering direct discussions with Tehran which could even take place as early as this week.
The USS George HW Bush aircraft carrier is already being deployed to the Gulf, accompanied by two more warships. But Washington says no US troops will be deployed on the ground.
Well, it appears Iran is already one step ahead of the U.S. For example, the Guardian reported that:
Iran has sent 2,000 advance troops to Iraq in the past 48 hours to help tackle a jihadist insurgency, a senior Iraqi official has told the Guardian.
The confirmation comes as the Iranian president, Hassan Rouhani, said Iran was ready to support Iraq from the mortal threat fast spreading through the country, while the Iraqi prime minister, Nouri al-Maliki, called on citizens to take up arms in their country’s defense.
The Iraqi official said 1,500 basiji forces had crossed the border into the town of Khanaqin, in Diyala province, in central Iraq on Friday, while another 500 had entered the Badra Jassan area in Wasat province overnight.
The Guardian confirmed on Friday that Major General Qassem Suleimani, the head of the Iranian Revolutionary Guards’ elite Quds Force, had arrived in Baghdad to oversee the defence of the capital.
The volunteers signing up were responding to a call by Iraq’s most revered Shia cleric, the Iranian-born grand ayatollah Ali al-Sistani, to defend their country after Isis seized Mosul and Saddam Hussein’s hometown of Tikrit in a lightning advance this week. Samarra is now the next town in the Islamists’ path to Baghdad.
So think about all of this. We face an almost impossible foreign policy choice in Iraq at the moment, particularly from a U.S. government propaganda standpoint. We can do nothing and allow insane, barbaric Sunni religious radicals take over huge sections of Syria and Iraq, or we can form an alliance with the nation government propagandists have spent decades demonizing to several generations.
So in the course of less than a year, the Obama Administration has proposed an alliance with al-Qaeda in Syria and now an alliance with Iran to fight those very same forces.
As the always excellent Martin Armstrong put it:
ISIS is becoming a proto-state that is its own sovereign entity in the mind of its forces. The brutal brand of Shariah law enforced by ISIS includes beheadings and amputations. It appears that they are turning away from trying to overthrow Syria and instead are just carving out a new country from both Iraq and Syria.
While the official story has been attributing their funding to the seizure of banks, this does not explain their arms to seize the banks. That funding came from the USA and Saudi Arabia. This is the bread-dead foreign policy that is coming back in spades. The more people play demigod with power grabs and manipulations, the greater the chaos they are creating that will only set up forces that will confront the very people who have funded such groups.
Indeed, based on this map, it does seem that al-Qaeda (Saudi) is forming a new state that spans Syria and Iraq: This is what happens when you have inept, sociopathic children running a global empire.
In Liberty,
Michael Krieger
Source 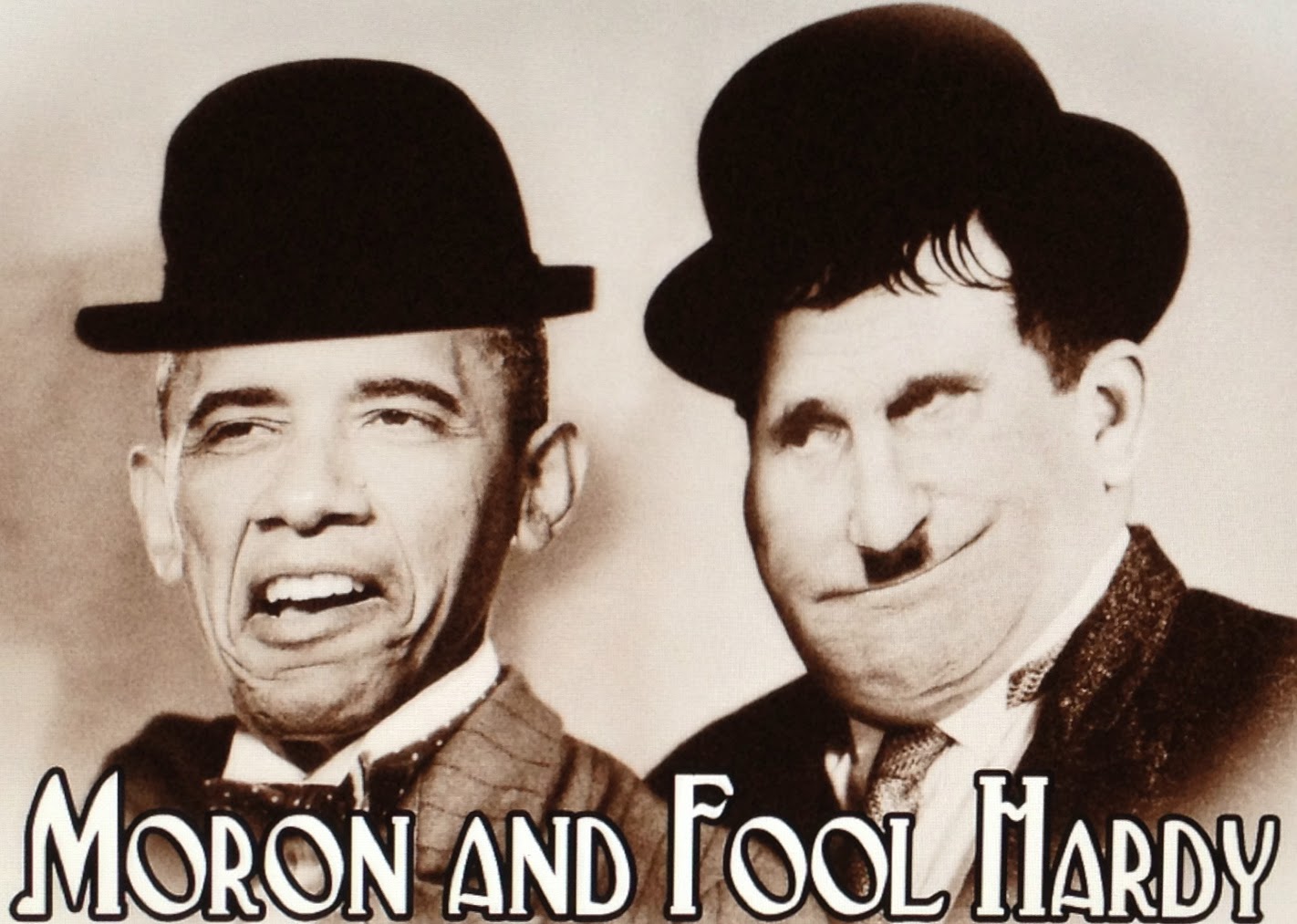 X art by WB7
Posted by Angelo Agathangelou at 5:47 am