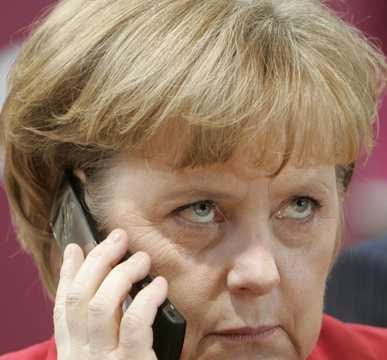 By John Ward: As European citizens head for the August Beach fest, very few of them will be aware that the World may be on the brink of the biggest shift in global power scales since 1938. The reasons for this are various…but they are all, allegedly, giving Mutti Merkel pause for thought.
Last January I posted at some length about how Greece would default on May 21st this year without further help. As things turned out, through a combination of obfuscation and misrepresentation, Samaras and his cronies got their backdoor bailout just in time: ‘Greece needs another infusion of money to avoid default in May, when it has to repay 12.5 billion euros ($17.2 billion) of government debt’ confirmed Keep Talking Greece in late March. The big brown envelope duly arrived (despite doubts in both Brussels and Frankfurt) and not a single western mainstream medium so much as raised a peep about it.

But tempers fugit and all that, and now here we are at Stage Two (how time flies when you’re enjoying yourself) with just weeks to go before the next hurdle….a $3.8bn shortfall on this little baby:

20th August 2014 is just 22 days away. I’ve been Googling every which way for the last four days, but I can’t find a single EU document, MSM article, ECB release or even heavily-laden carrier pigeon bearing any enlightenment as to what happens next. The entire European mainland population will be on holiday anyway, but I think somebody should be asking the question about who finds/prints/donates/steals the money that Antonikis and Benny now need.

Source
Posted by Angelo Agathangelou at 10:49 am