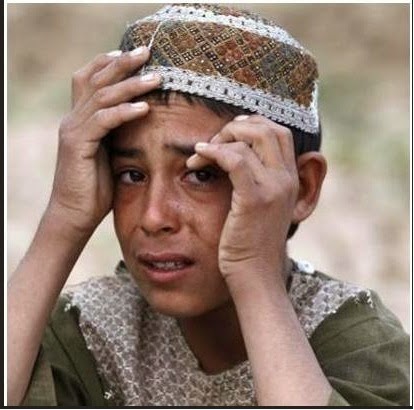 By Ali Mehraspand: The story of Afghanistan is a gloomy story of pain, sorrow, and fearless struggle. The story of Afghanistan is a story of children whose innocent smiles know a hinge of anxiety for they have seen too often how menacing life can be. It is also a story in which the UN and NGOs are more worried about the Patriarchy Theory than actual human rights. It is a story that you need to hear truthfully, for it’s a story of male children’s disposability. 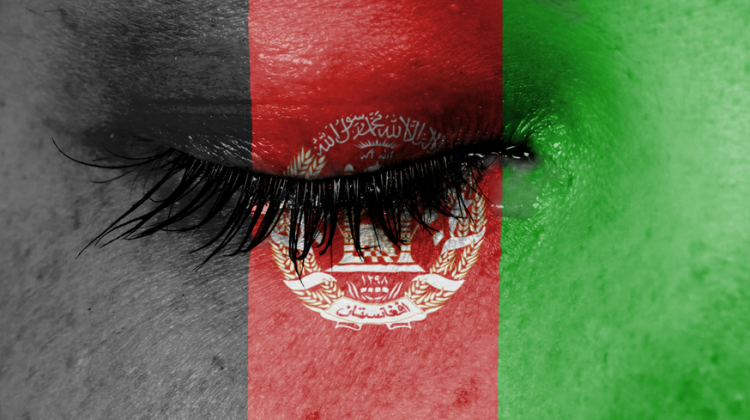 Home is a foreign concept to many Afghan men and boys as they escape the country to labor at very young ages. More than 3,000,000 Afghan refugees live in Iran, only 900,000 of whom do so legally [1-3]. This number of refugees comes from a country whose population has risen to around 26 million at the moment. The overwhelming majority of these refugees are male. 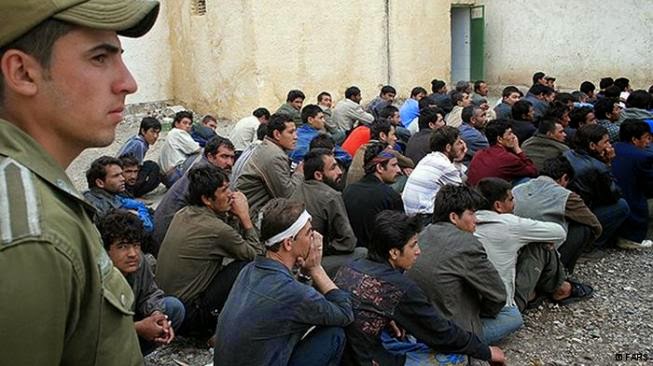 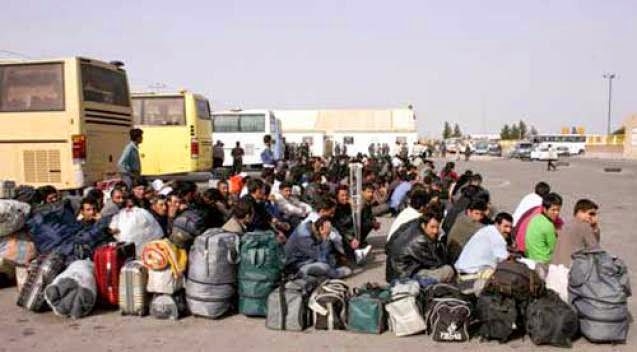 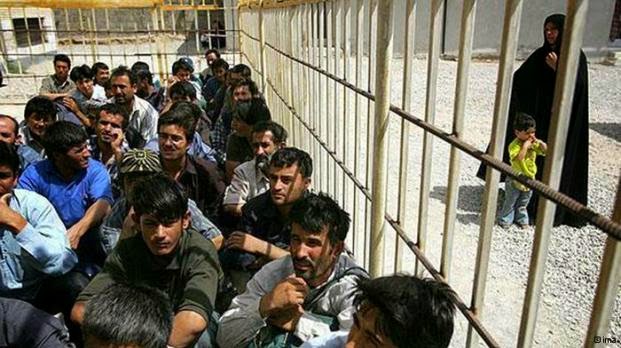 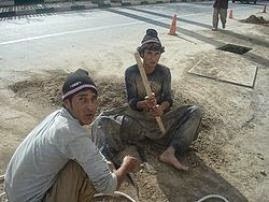 These boys and men, almost without exception, do construction work or other forms of equally demanding labor. If you built a house in Iran, chances are that most of the labor came from Afghan men. “Why alone so far from the home?” I asked an Afghan boy. “I have a mother and several sisters to feed,” he said “Maybe I get to visit them next year.” Of course, none of them are insured workers, and nobody cares if they die on the job. Six is the number of Afghan men I personally knew who died on the job, one of them while constructing my parents’ house. They actually have a song that has this to say about Iran: “On every wall of this city, is the mark of my hands.” 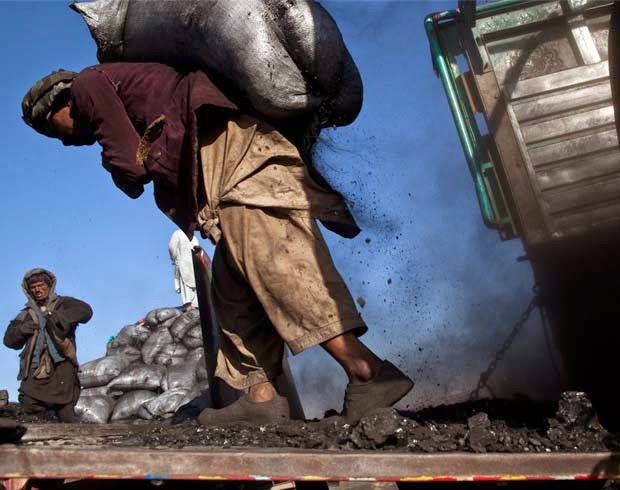 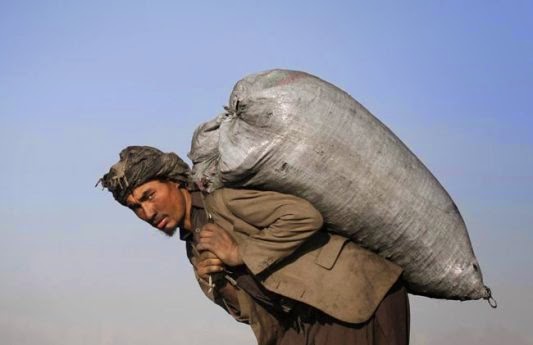 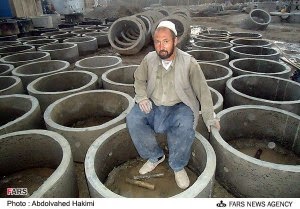 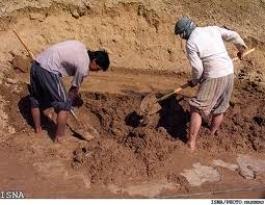 Each one of them works more efficiently than five European workers combined, and when they take a little time to have lunch under the red-hot sun, too many times I have witnessed the painful scene of their shopping for lunch: some soda and some bread. They would tear up the bread to pour in the soda. They would then fill their spoon with the soda-dipped bread to eat as if it was a steak sandwich. Why? You see, because the money is not to be wasted on luxuries like food while their mother and sisters back in Afghanistan expect it. Here in Farsi is a story of an Iranian woman who bursts into tears after 10 years of having Afghan apprentices when she says that these men send all the money back to their families in Afghanistan. 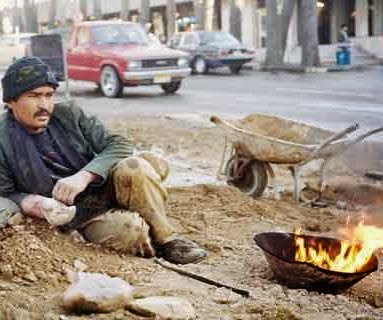 Generations come and go in Afghanistan, but constant in their lives is the taunt of war. The red war against the Soviet Union alone wiped out 11% of all the Afghan population and pushed many of them to find refuge in Iran. 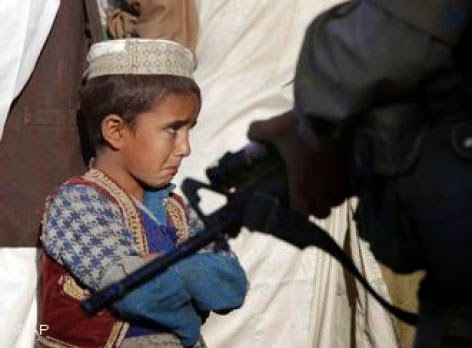 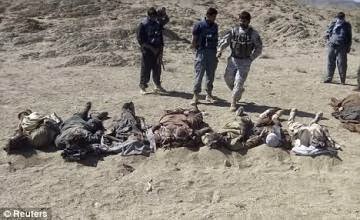 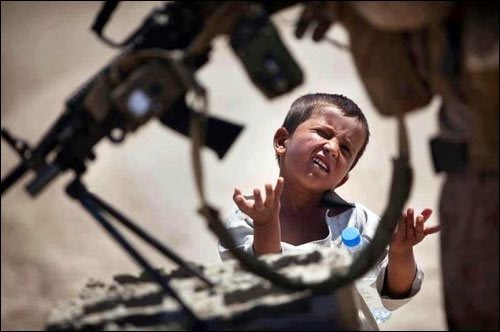 Bear with me while we take a closer look at the comparative life of a boy in Afghanistan, who feels every threat possible, while watching the reaction of our sick world. 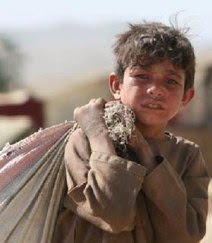 UN and NGOs: Women and Fuck Children
peddling. No mention of the sex of these children. There are 1.9 million child laborers in Afghanistan. According to Afghanistan’s Ministry of Labor and Social Issues, there are 1.3 million children in Afghanistan who are doing extreme labor [6-7]. You know, extreme labor as in jobs an entire Gender Studies department can’t endure for five minutes. By the way, since female child laborers are mostly peddlers, this number of extreme laborers is closer to being 100% male. That also excludes all the children who will labor in other countries, such as Iran. The UNAMA report then proceeds to tell you that 550,000 of child laborers are between the ages of 6 and 11, with no mention of the sex of these “laborers.” UNISEF then reports that only in Kabul, 60,000 “children are working on streets,” and, of course, no mention of the sex of these children.
World’s Reaction: Women, Women, Fuck Children, Women, Women, Fuck Men Twice, Fuck (Male) Children Once, Women, Women
A Bone to Pick with the UN’s Policy of “Women and Fuck Children”
Closing Thoughts
About Ali Mehraspand

As mentioned, in Afghanistan (and rural areas of Iran) it is the males’ responsibility to provide when provision is difficult, so you can see boys as young as six with shovels in their hands. The paragraphs that follow give you a horrifying image of what it is like to be a boy in Afghanistan. 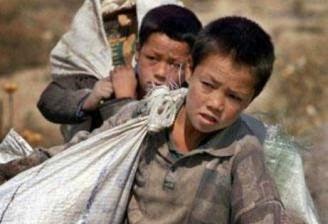 But before we go any further, let me say how frustrating it is to see that in none of the UN and NGO reports can you find that child laborer basically means boys. They never tell you about the huge disparity between the sexes among child laborers. So let me make something very clear. The only research ever conducted to tell you the truth is that of Professor Hasan Hoseini of Tehran University, with the aid of a governmental rehabilitation center, which concluded that 95% of child laborers who live on the streets are boys. Also, 92% of the child laborers, gathered from the province of Isfahan, were boys. [4] is a conclusive report on population studies of child laborers. So in the paragraphs that follow, you should know what we mean by the term child.
Here in [5], we have the United Nations’ UNAMA report that starts right off the bat by stating, “Only 40% of the students in Afghanistan are girls.” For more dramatic effect, they also mention that just recently 13 children who were smuggled to Saudi Arabia with promises of labor have returned after those promises turned out to be false and they only ended up That around 95% of the child laborers are boys, as Professor Hosseini found, is no surprise if you have lived in Iran and have seen Iranian as well as Afghan boys doing physical labor. I just went to a rural area where I saw boys with shovels. Now, these child laborers are true victims of rape and sexual assault, up to the level that, as reported in [6-7], the Independent Commission of Human Rights recognizes pedophilia as something that exclusively happens to boys. Boys being dressed in women’s wear, being kidnapped, sexually abused, or raped are the things mentioned in the source. Apparently, Afghan girls are protected by their families; who would have thought? By the way, upon being asked as to why 60% of rape victims in Iran are male, Iran’s chief of police said that the victims were mostly child laborers [8-9]. 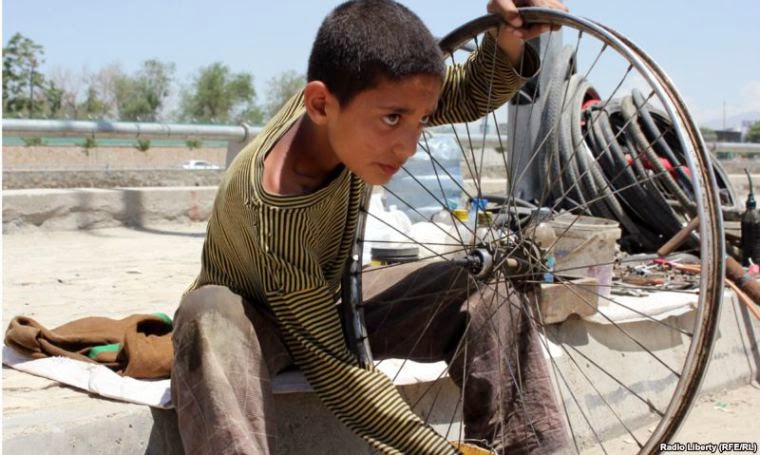 Last year, there were 2,888 cases of violence against children (including forced labor, forced drug trafficking, forced marriages, and rape), of which 82% of the victims were boys. This statistic, by the way, came from Afghanistan’s Ministry of Social Issues, not NGOs or the UN [10].
Afghan women have enough cultural power that their women’s minister can pull any form of shit. Let us take a look at the violence against women laws of Afghanistan. 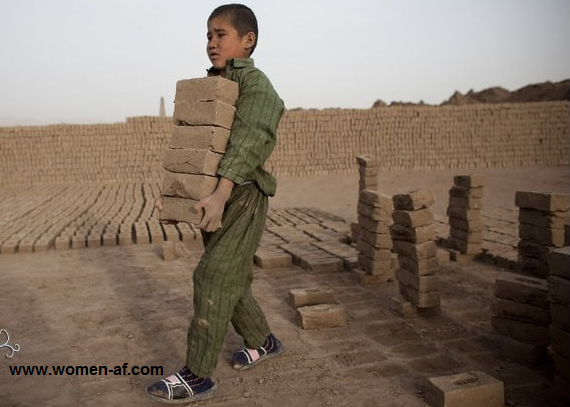 The intention of the laws as pointed out in the first chapter seems somewhat sound. Among them, for example, is a law that prohibits making women use drugs [11]. That is good, putting aside the fact that in a culture with 1 million drug addicts, 88% of whom are male [12-13] (and many of them underage and forced into it as depicted in stories of [12-13]), pushing for drug use is violence against women and women only. By the way, 1/3 of all rehab facilities are dedicated exclusively to women and children. One law prohibits making any woman work. This is in addition to the already Islamic law that essentially says women must be paid Nafaqa either by their husband or father. Furthermore, the first law of violence against women? “Women must be paid their Islamic rights!” Now, having women work is violence against women where there are 1.9 million child laborers only inside Afghanistan, which is in effect a fraction of Afghan boys scattered in other countries and doing labor. This one is good too. But the gems among violence against women laws of Afghanistan include the following: 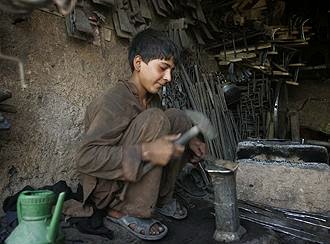 The most frustrating aspect of the UN is its dishonesty about child laborers. For instance, when the reports of the United Nations Assistance Mission in Afghanistan talk about children, you never find a single statement that shows the gender of these child laborers. All the NGOs in Iran that work apparently under the guise of “women and children” are just about women. Hell, they even gave a Noble Peace Prize to an Iranian feminist who in return for her budgets had not done a single thing for children. No, I’ll take that back, she had on some occasions addressed girls’ issues, not children, girls.
Now, 1% of the energy that these entities spend on children results only in some articles penned by women, in which not a single one of them tells the truth about child laborers. Is this just a coincidence that none of them, not a single one, will tell you that 95% of these children are boys? 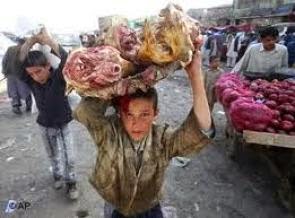 So far their policy has been shush on the gender. The next phase will probably be to change the definition in a way so as to manufacture female victims. Something like, “a girl who makes tea at home is a child laborer.”
Every now and then, self-righteous idiots remind us that they would rather be a man in Afghanistan. They of course do not have the slightest clue what the fuck they are talking about. Being an Afghan man means to continue to be a sweat machine to provide where provision is so difficult that 50% of children suffer from malnutrition; ’cause, you know, no sex outside marriage for circumcised Afghan men, and inside marriage, well, you probably are familiar with Islamic cultures and laws already. Being an Afghan boy means to be a child laborer, perhaps in some other country, just so you can send back the money for female family members. Being an Afghan boy means facing more threats of sexual abuse and forced labor. And labor in the minds of Afghan men and boys is extreme labor. 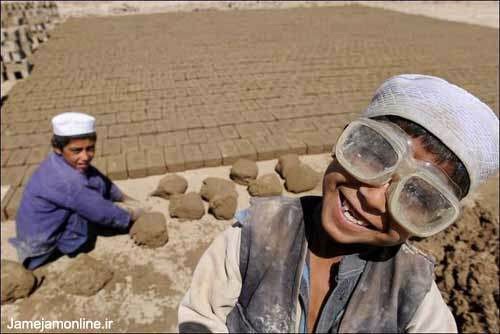 Meanwhile, the big, big worry about Afghanistan is that the Commission of Human
Rights has reported that women’s domination of office jobs that had increased to 31% has now decreased to 18% [14]. 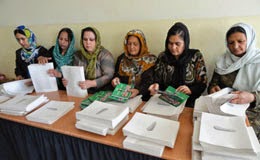 Let’s all hope that one day in this lifetime we witness an actual human rights organization, set up by those who are driven to human rights by compassion, not ideological and political agenda, and those who understand that “human” also includes boys and men.