Paul Elam: Feminism - its past, its present, and its future - with an early pioneer in the women's movement of the 1970s (Erin Pizzey herself) and the well-known feminist critic Karen Straughan, aka Girl Writes What. Included were some pretty raunchy discussions of bad feminist behavior.
Posted by Angelo Agathangelou at 11:19 pm No comments:

Learn Liberty: Did you know the war on drugs is founded on racist principles? Prof. Stephen Davies shows the historical thought process behind banning drugs. One of the main reasons drugs were banned initially is because people were concerned drug use would lead to interracial relationships. Can you imagine someone making that argument today? Yet it was a principle reason for some of the laws banning drugs that we still have. Other reasons for banning drugs included fear of conspiracies and the misguided notion that the government somehow has a right to the productivity of its citizens.

Read more »
Posted by Angelo Agathangelou at 10:03 pm No comments:

Submitted by Tyler Durden: On December 24, we posted an update on Germany's gold repatriation process: a year after the Bundesbank announced its stunning decision, driven by Zero Hedge revelations, to repatriate 674 tons of gold from the New York Fed and the French Central Bank, it had managed to transfer a paltry 37 tons. This amount represents just 5% of the stated target, and was well below the 84 tons that the Bundesbank would need to transport each year to collect the 674 tons ratably over the 8 year interval between 2013 and 2020. The release of these numbers promptly angered Germans, and led to the rise of numerous allegations that the reason why the transfer is taking so long is that the gold simply is not in the possession of the offshore custodians, having been leased, or worse, sold without any formal or informal announcement. However, what will certainly not help mute "conspiracy theorists" is today's update from today's edition of Die Welt, in which we learn that only a tiny 5 tons of gold were sent from the NY Fed. The rest came from Paris. 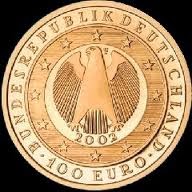 As Welt states, "Konnten die Amerikaner nicht mehr liefern, weil sie die bei der Federal Reserve of New York eingelagerten gut 1500 Tonnen längst verscherbelt haben?" Or, in English, did the US sell Germany's gold? Maybe. The official explanation was as follows: "The Bundesbank explained [the low amount of US gold] by saying that the transports from Paris are simpler and therefore were able to start quickly."

Read more »
Posted by Angelo Agathangelou at 8:44 pm No comments:

Ry Dawson
Posted by Angelo Agathangelou at 7:36 pm No comments: 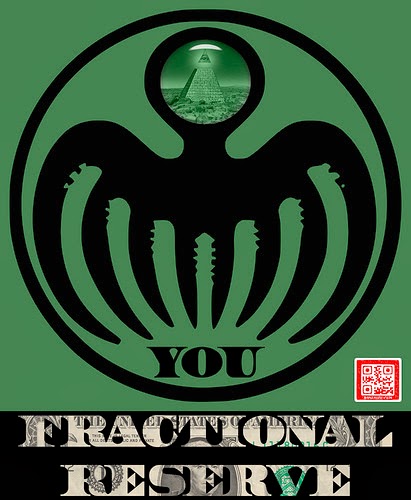 The apartheid Israeli regime develops nuclear arsenals as an imperialistic tool to menace world nations and destroy their independence.
UK BANNED Press TV: In a Sunday interview, Ralph Schoenman, the author of Hidden History of Zionism, pointed to Israel’s history of using nuclear weapons, including in Cameron in 1986, and described Israel’s nuclear arsenals as “threats to the people of the world.”


The analyst said that nuclear weapons “define the relationship of Israel and the Zionist [entity] to imperialism” and noted that utilization of weapons of this nature are aimed at terrorizing the nations that Israel seeks to dominate and destroying their sovereignty.

In August 1986, 1700 people and all livestock in Nyos village in Northwest Region of Cameroon were mysteriously found dead. The incident has been purported to be caused by a CO2 gas leak from the depth of Lake Nyos nearby.


Schoenman, however, argued that contrary to the gas leak theory, numerous independent probes and documents have revealed that “neutron weapons have been used and tested by the Israelis with the approval and collusion of the United States and the imperial powers notably France.”

Read more »
Posted by Angelo Agathangelou at 4:37 pm No comments:

The man who put the sham in shambles
By John Ward: The Independent/IoS group remains, as I posted last week, way out in front when it comes to the ethical meltdown in our culture, and the disappearance of anything even remotely resembling the rule of law. Tom Harper’s piece at the IoS today is testament to that assertion – and what an exemplary piece of investigative journalism it is.
The lead makes the following points with admirable brevity:
1. Clearly, Leveson was doing the Establishment’s bidding from Day One.
2. The NotW and senior Met officers were in regular contact throughout the enquiry in order to ensure there were no crossed wires, and that Leveson would dismiss anything his masters didn’t like.
3. Leveson prosecutor Robert Jay lied about when he had sight of one especially damaging Met report detailing Met/NotW collusion on leaks and testimony.
4. A very senior Newscorp hacker was at the centre of both the original collusion and its cover-up…but he remains at large.
5. It is clear that an inquiry set up to rid Britain of the Newscorp – Met Police – Tory Party relationship did not do so: in fact, it knowingly covered it up.
Read more »
Posted by Angelo Agathangelou at 2:22 pm No comments:

LifeAfterWomen: A shout out to my MGTOW Brothers. HA-OOH! “…MGTOWs embody interpersonal strength. We have the strength of will, the fierce independence, and ‘Don’t Tread On Me’ is our flag. We have the self-confidence not to give a damn about petty insults and shaming language. We have the intelligence and wisdom to think on our own. It is easy to go along with the crowd, it is difficult to stand up for what it is right and to be one against many. It takes courage to stand up to society, and it takes forgiveness and compassion to still want to help our indoctrinated brothers.”
Posted by Angelo Agathangelou at 1:01 pm No comments: 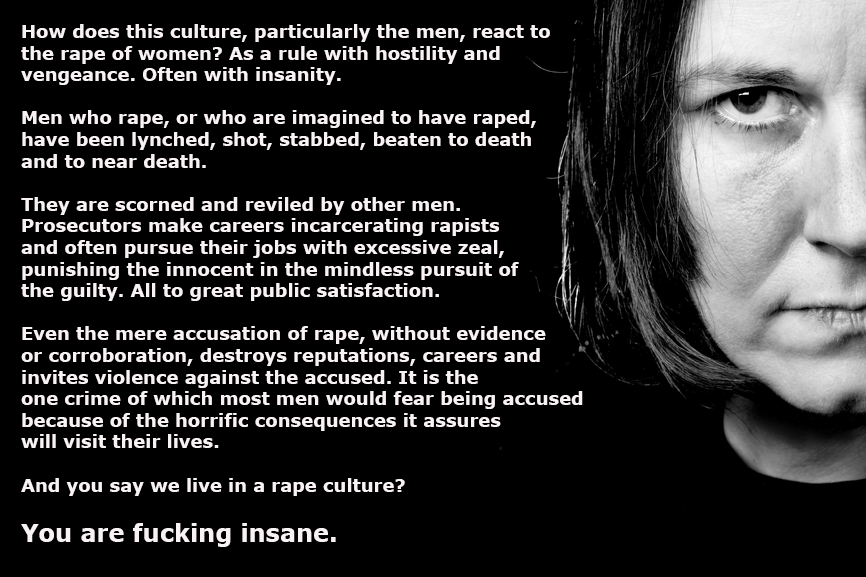 By Paul Elam
Read more »
Posted by Angelo Agathangelou at 8:51 am No comments:

Hundreds of pro-Palestinian activists have demonstrated outside the Israeli embassy in London, condemning Tel Aviv’s ongoing blockade and attacks on the Gaza Strip.

UK BANNED Press TV: According to reports, more than 500 protesters voiced their outrage in the protest, which was called by Palestine Solidarity Campaign on Sunday.
Waving placards and chanting slogans like “Free Free Palestine,” “End the siege of Gaza,” and “We are all Palestinians,” the protesters condemned Israeli war crimes in the territory, including putting children in solitary confinement.
Demonstrators also called on the international community, including the British government, to pressure Israel to lift the siege on Gaza.
The rally was attended by British pro-Palestinian MPs as well as several campaign organizations including, Stop the War Coalition, Jews for Justice for Palestine, Campaign for Nuclear Disarmament, and Palestinian Forum in Britain.

Read more »
Posted by Angelo Agathangelou at 7:34 am No comments:

The Misandry Of Code.org 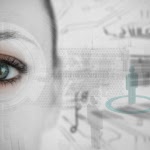 By Jalon Cain (aka Aaron Sleazy): Code.org is a non-profit organization that exploits the current “everybody has to learn how to program” paranoia, in which even Obama himself chimed in, urging Americans to learn how to hack.[1] The stated goal of Ali and Hadi Partovi’s brainchild is to promote computer science education in the US, in order to fight a projected shortage of one million laborers in this sector of the industry. Given that people like Google’s CEO Eric Schmidt, Bill Gates, or Mark Zuckerberg support Code.org, one may wonder whether all those statistics might also be used to convince Congress to loosen visa regulations in order to, you know, keep the wages of domestic programmers down. Just head over to the fake grassroots movement FWD.us this illustrious bunch also supports.[2]
It’s not just a shortage of programmers Code.org is afraid of. No, that would be too simple. They also have to have the correct sex! On their homepage you’ll find the statement, “While 57% of bachelor’s degrees are earned by women, just 12% of computer science degrees are awarded by women.” So, there is nothing wrong with women attaining almost 60% of all college degrees.[3] But Code.org would like to see this percentage reflected in computer science departments as well. I don’t think I ever saw a prominent and well-founded campaign that was aiming to increase the percentage of male graduates in a field were they were underrepresented. In case you’ve been living under a rock, I’m referring to virtually every academic discipline.

Read more »
Posted by Angelo Agathangelou at 3:31 am No comments: 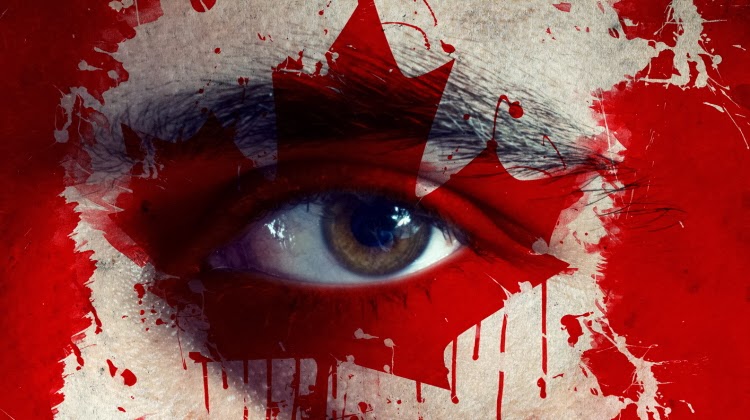 By Diana Davison and John Hembling: January 18th is an important day for Canada. It’s a day that should be flagged in history and remembered annually as a moment that marks a monumental change in the direction of society. It is now the Canadian National Disposable Male Day and Canada is paving the way for a brave new world in which men are, officially, insignificant in the eyes of the law.
On January 18th, one year ago, the Supreme Court of Canada made a decision: They found that Nicole Ryan (now using her maiden name of Nicole Doucet) had been acquitted of her admitted crime due to an error in law. The crime? Trying to hire someone to kill her estranged husband. The Supreme Court of Canada acknowledged that justice had not been served but put a stay on prosecution for a retrial because they felt Nicole had been through an emotional ordeal.
On January 18th, Canada judicially stopped caring about attempted murder when the criminal has a vagina. Because of her feelings. Because Nicole had been through a lot of stress and had lost weight. Because Nicole, a woman, was looking a little peaked.
While Men’s Human Rights Activists (MHRAs) know that women being absolved of responsibility for their crimes against men happens all the time, this case is unique. The Crown prosecutor, along with every legal professional versed in the case, presumably aside from the defence attorney, was shocked with the acquittal. The husband, Michael Ryan, was not called to testify because the prosecutor felt the case was a “slam dunk” and he didn’t need to subject Michael to the trial proceedings. And yet she was acquitted.

Read more »
Posted by Angelo Agathangelou at 12:24 am No comments: