blueshogun96: It took me a long time, but I finally managed to put this video together. Over 180 really good anti-feminazi comments posted throughout Youtube. Many of these comments came from users very active in the fight against feminazism and a few of those users channels were eliminated via copyright BS claims (CBS can suck my balls).

Read more »
Posted by Angelo Agathangelou at 11:56 pm No comments:
Email ThisBlogThis!Share to TwitterShare to FacebookShare to Pinterest 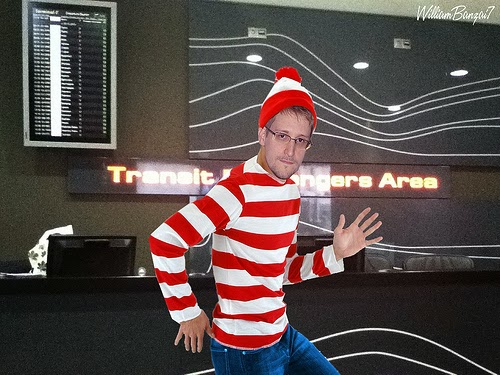 RT: Edward Snowden has been nominated for the Nobel Peace Prize by two Norwegian lawmakers, who say the NSA whistleblower contributed to “transparency and global stability” by revealing the depth and sophistication of the global surveillance apparatus.
Snorre Valen and Baard Vegar Solhjell, parliamentarians from Norway’s Socialist Left Party, announced the nomination on Facebook on Wednesday.
Noting that “peace is more than simply the absence of war,” the MPs said that Snowden had contributed to global security by revealing “the nature and technological prowess of modern surveillance.”
“The level of sophistication and depth of surveillance that citizens all over the world are subject to, has stunned us, and stirred debate all over the world. By doing this, he has contributed critical knowledge about how modern surveillance and intelligence directed towards states and citizens is carried out,”

"Government An Anachronism" Bond Bubble Blowing Up, Gold-Silver More Important To Own than 1971 or 2001 & More

Greg Hunter: Doug Casey warns, "Were going into what I call 'The Greater Depression.' It's going to be much more serious than what happened in the 1930's. . . . A depression is a period of time when most people's standard of living drops significantly." Casey explains, "There is a gigantic amount of debt in the U.S. at all levels—governmental, corporate and individual. Debt is a sign you have been living above your means.

Read more »
Posted by Angelo Agathangelou at 8:42 pm No comments:
Email ThisBlogThis!Share to TwitterShare to FacebookShare to Pinterest

Sandman: If a man murders a fetus then the lawyers make money. The prison system makes money as that man is sentenced to life in prison. If a woman gets an abortion then the "Technicians" as their called take the fetus in the hospital and medical clinic and proceed to chop it apart into segments of human tissue and then that tissue is taken and separated. Fetal kidney's go in one bin, fetal brains go in another. Apparently a fetal brain can fetch about a 1000 dollars on the open market. There are oodles of money to be made selling the unborn baby piece by piece.

Read more »
Posted by Angelo Agathangelou at 7:24 pm No comments:
Email ThisBlogThis!Share to TwitterShare to FacebookShare to Pinterest

A Doofus’s Guide To Feminism And Misandry 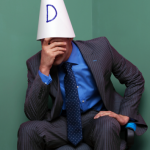 By B.R. Merrick: Feminism, as we all know since we are repeatedly reminded by feminists, has flowed in from down south on three separate, crimson waves. They are referred to as First Wave Feminism, Second Wave Feminism, and – in a surprising twist on the first two – Third Wave Feminism. Having briefly read something online about writing essays and shit, and using a template to show me how to outline my ideas, I shall now attempt to demonstrate what a waste of time all three waves have been. This article fulfills the requirement for Post-Doofus Integrative Review 502. Yes, I’m going for my Master’s.
The First Wave of feminism began with machines in the nineteenth century. Prior to the invention of machines, women were far more likely to give birth multiple times, cling to a man to help provide, and to breast feed their babies for long periods–and pray that maybe half of their children would survive, and at least one of them might remember enough love and affection from childhood to take care of dear mother when the provider fell over dead and she could no longer wipe her own ass. She was more likely to experience the positive outcome that she sought if she let that child suck on her breast; not for a few weeks or months, but for years. It’s that simple.

Read more »
Posted by Angelo Agathangelou at 4:26 pm No comments:
Email ThisBlogThis!Share to TwitterShare to FacebookShare to Pinterest

Everything Is Wrong With MGTOW

By John Hembling: For the uninitiated, MGTOW (men going their own way) is a movement which exists as a partially overlapping subset of the men’s human rights movement, and it is characterized by men opting out of society’s conventional, prescriptive, and increasingly toxic male obligation. The MGTOW movement is, of course, highly individualistic, and since it is by definition contrarian to mainstream sensibilities it also widely misunderstood and mischaracterized.
And it is fundamental to the nature of Men Going Their Own Way – that what it means to the practitioner matters. Conversely, what it means to you, to the critic or the opponent of MGTOW, does not matter at all.
Establishing who this is written for, along with the claim of that audience’s irrelevance to practitioners of MGTOW might suggest this article’s pointlessness as well.

In the interests of honesty and self-awareness, it must be admitted that there is an element of Schadenfreude (pleasure derived from the misfortunes of others) in the continued and escalating whingeing from opponents and critics of the MGTOW movement. But there is also an honest desire among many practitioners of MGTOW to share with potential newcomers the freedom, the pleasure and the power over your own life which ‘going your own way’ brings.
It’s for this reason that a few common falsehoods about different aspects of MGTOW will be addressed.

Read more »
Posted by Angelo Agathangelou at 3:06 pm No comments:
Email ThisBlogThis!Share to TwitterShare to FacebookShare to Pinterest

JUST WHEN YOU THOUGHT IT WAS SAFE TO BE UNDERWATER
EU or eurozone, the problem is the same: zero problem-solving

By John Ward: One chart that very neatly makes two points of great importance about ezone meltdown:
1. As the red arrows show, the ClubMedders are even more exposed to sovereign toxicity as they were when the solids hit. Supporting what we already know – ie, that the money just keeps moving round in circles from bank to Treasury via Frankfurt – it does clearly separate the wheat from the chaff…with good news for Dubliners because, being wise, as usual the Irish zigged when everyone else zagged. (The Greeks aren’t on here because it is now no longer possible to tell where banks end and sovereign begins there: the country is effectively under Troika occupation. This is not good news).
2. Although making a good fist of not getting any more exposed, the ‘safer’ nations too are nevertheless pretty much as vulnerable to backwash as they were five years ago…thus forever exploding the myth that everything is fine in Northern Europe. Of course, what we can’t see here is whose sovereign debt they own; but worrying about that sort of small detail assumes you think any EU sovereign debt might be a good thing to have in the assets larder at the minute.
Sadly, other myths are still with us – most notably that of the now “firmly established” UK recovery.

Read more »
Posted by Angelo Agathangelou at 1:52 pm No comments:
Email ThisBlogThis!Share to TwitterShare to FacebookShare to Pinterest

Angelo: Another clear case that puts the state of defunct UK law and politics into perspective, while the unholy alliance of banksters and their bathroom buddies the MIC have destroyed the global economy and are making a good attempt at nuking us into oblivion, rather than take them to task for crimes against humanity, the inhuman UK CPS regime has charged 3 hungry, homeless men for taking food destined for landfill out of Iceland's bins. In our names! Bankocracy, tax farm, prisoner industrial gulag (P.I.G), shit hole, call it what you want but democracy is clearly an inappropriate label for the UK today.

MSN UK: Three men have been charged under a 200-year-old law for taking items of food from a skip behind a branch of Iceland.
The trio were charged under the 1824 Vagrancy Act after being found in "an enclosed area, namely Iceland, for an unlawful purpose, namely stealing food".
One of the three, Paul May, reportedly took some tomatoes, mushrooms and cheese.

Read more »
Posted by Angelo Agathangelou at 12:30 pm No comments:
Email ThisBlogThis!Share to TwitterShare to FacebookShare to Pinterest

johntheother
Read more »
Posted by Angelo Agathangelou at 11:11 am No comments:
Email ThisBlogThis!Share to TwitterShare to FacebookShare to Pinterest

Central Banksters Know All About Gold

Alan Greenspan and Nout Wellink, former Dutch central bankster, know all about gold, they just don't express it while they are central bank presidents in office.

By Rein de Vries: It is peculiar to say the least that central bankers, who were once at the helm of the most powerful institutions the western world has seen, get some of their common sense back once they leave office. Of course Alan Greenspan is a good example of that. Nowadays he occasionally says something sensible. Before he became Fed Chairman he had a particularly clear view on monetary matters. The man was good friends with Ayn Rand and once wrote in her book “Capitalism, the Unknown Ideal” in 1967:

The abandonment of the gold standard made it possible for the welfare statists to use the banking system as a means to an unlimited expansion of credit. They have created paper reserves in the form of government bonds which — through a complex series of steps — the banks accept in place of tangible assets and treat as if they were an actual deposit, i.e., as the equivalent of what was formerly a deposit of gold.

Read more »
Posted by Angelo Agathangelou at 9:42 am No comments:
Email ThisBlogThis!Share to TwitterShare to FacebookShare to Pinterest 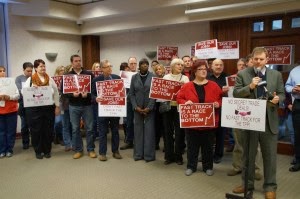 By End the Lie: In a letter to Congress, a coalition of public interest groups has called on legislators to oppose a bill that would “fast track” the Trans-Pacific Partnership and restrict the ability of lawmakers to have real input into or even review such agreements.

The bill would also restrict the ability of Congress to have a meaningful role in the talks surrounding the Transatlantic Trade and Investment Partnership (TTIP) also known as the Trans-Atlantic Free Trade Agreement (TAFTA). Like the TPP, TAFTA is a massive trade agreement.

Read more »
Posted by Angelo Agathangelou at 8:22 am No comments:
Email ThisBlogThis!Share to TwitterShare to FacebookShare to Pinterest

We Are Sleepwalking Towards An Orwellian Cashless Society

By Don Quijones: HSBC, the world’s third largest bank and money launderer of choice for drug traffickers, arms dealers and terrorist groups worldwide, was recently in the news for limiting the amount of cash customers could withdraw from their own accounts (though, after the hue and cry that policy engendered, HSBC has rescinded it).
To wit, from the BBC:

Some HSBC customers have been prevented from withdrawing large amounts of cash because they could not provide evidence of why they wanted it… Listeners have told Radio 4′s Money Box they were stopped from withdrawing amounts ranging from £5,000 to £10,000.

During the same period the bank seemingly had no such troubles honouring electronic transfers, from which one can fairly surmise that it’s customer’s cash, rather than customer’s money in general, that’s at issue.
This new stunt from the British-based bank, already up to its neck in just about every financial scandal imaginable, is merely the latest episode in big finance and big government’s all-out assault on cash transactions.
The Noose Tightens on Cash Payments
For years national governments have been seeking to reduce the number and size of cash transactions within and between their respective economies. In the U.S., any business or person receiving $10,000 or more in “cash” (in quotes because it’s not just cash) for a sale must file Form 8300. Banks must also report cash transactions of that size.