Liberal Education Shocker: "The Children Belong to All of Us"

PJ Media: Former Massachusetts education secretary Paul Reville lashed out at the critics of Common Core by arguing that "the children belong to all of us." Is Reville right? Do your children belong to Uncle Sam? Are children state property? Find out on this Trifecta.
Posted by Angelo Agathangelou at 11:48 pm No comments: Links to this post

AstroKid Nj: Men Are 'On Strike' Throughout The U.S.: What Are The Causes?

An Open Letter to 0.01% Sam Zell: Why Your Statements are Delusional and Dangerous 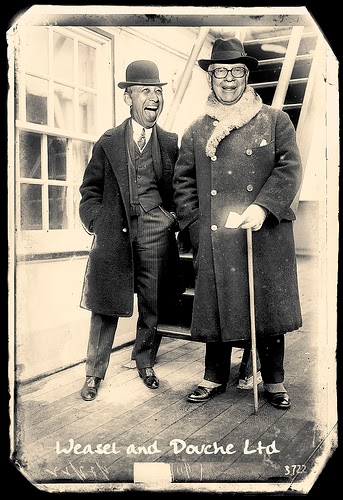 The 1 percent are being pummeled because it’s politically convenient to do so. The problem is that the world and this country should not talk about envy of the 1 percent. It should talk about emulating the 1 percent. The 1 percent work harder. The 1 percent are much bigger factors in all forms of our society.
- Sam Zell yesterday on Bloomberg Television
By Michael Krieger: Mr. Zell,
I’ve seen clips of you on television several times in the past. I can’t say those appearances elicited strong reactions from me. I can recall being offended at things you have said, and I can remember agreeing with you on other occasions. However, yesterday I found your statements on “class warfare,” “envy” and the “1%” delusional and dangerous. I will address these two points separately.
Why Your Statements Are Delusional
Individuals, social classes, even cultures and nation-states develop storylines and so-called “myths” about themselves and how they fit into the bigger picture of current events and human history. We all see ourselves and whatever group(s) with which we identify within a particular social, political and economic context. This is obvious, yet it is much more difficult to look at your owns myths and question them. It is far easier to look at other groups’ myths and heap criticism on them. That is basically all you do.

Read more »
Posted by Angelo Agathangelou at 9:06 pm No comments: Links to this post

WHY THE WEST IS FALLING APART: My-tribe-right-or-wrong syndrome?

Angelo: 'Multinational business and the legislatures' of the north are responsible for creating the issues in Southern Europe, black Africa and among the Arab nations. Disparities of the north and south are all about the control of the MIC by 'multinational business' and Banksters. Tribalism is merely a resultant self preservation technique of the beleaguered. John has a different take...

By John Ward: An unintentionally funny EU document is doing the rounds at the moment. It concerns corruption in everyday European life, going into a great deal of detail country by country, and spewing out sanctimony from a pulpit which is, itself, unbelievably corrupt. The Brussels folks suffer from that rare condition, self-promoting modesty.
But it does make one very important point: that there is a cultural milieu of corruption in ClubMed that is more marked than that of northern Europe. While this isn’t news to anyone who ever got further south than Poitiers, it is by far the biggest reason why an E that is also a U will never work.
There is with corruption (as with almost everything else in life) the perversion of an idea that was once entirely sound: ‘better to do business with someone you trust than a stranger’. Greece once worked entirely on this basis, and a good 60% of the time among ordinary people it is still a highly efficient system based on reputation. But over time the original reason simply turns into tribal bigotry, and then of course, the munnneeee.
The bribe, the backhander, and the sum in cash are everyday realities in southern Europe, but almost absent (outside multinational business and the legislatures that these days serve it) in the north.

Paul Elam: An interview with the founder of Lone Fathers Association http://www.lonefathers.com.au Barry is a domestic violence survivor who has spent decades tirelessly advocating for compassion for all who are victims of domestic abuse.

By Jon Gunnarsson: Alice Schwarzer has a problem. For decades, she’s been the ugly face of German feminism. No other feminist in Germany comes anywhere close to her notoriety and she has single-handedly done more to discredit feminism than any MRA could ever hope to. If she didn’t exist, we would have to invent her as a textbook example of everything that’s wrong with her hateful ideology. She seems to be the bodily incarnation of all negative stereotypes about feminists: her rather unflattering and androgynous appearance, her outspoken opposition to heterosexuality, her hostility toward pornography and prostitution, and her thinly-disguised contempt for men. Presumably, she also has hairly legs, though I haven’t verified this (nor do I wish to do so). 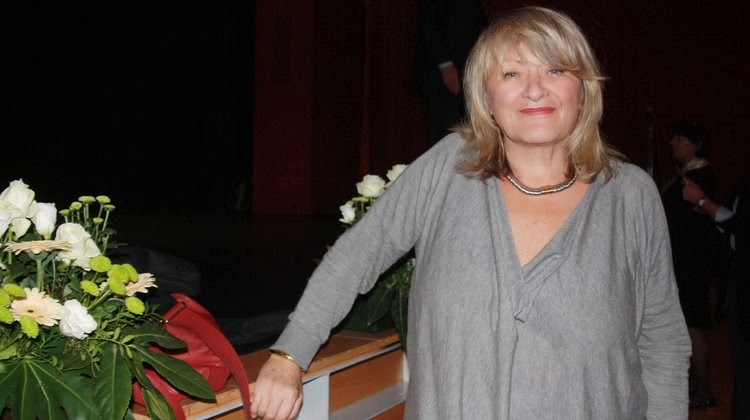 But all this is not Schwarzer’s problem. Despite these obnoxious attributes, she has attained fame and fortune as the undisputed spokeswoman of German feminism. Wherever there is some discussion even tangentially related to women’s issues, Schwarzer is invited onto every talk show or televised discussion to spout her toxic opinions. She has received several important awards, including the Bundesverdienstkreuz (Cross of Merit, first class) and she was made a Knight of the French Légion d’honneur, a rare honour for people who are neither French citizens nor residents of France.
But now, Schwarzer’s reputation is finally unravelling after Der Spiegel revealed last Sunday that Schwarzer had had a substantial amount of money on a Swiss bank account for decades and didn’t pay taxes on the interest which accumulated there.

Read more »
Posted by Angelo Agathangelou at 3:57 pm No comments: Links to this post

Max Keiser and Stacy Herbert compare Wall Street to World Wrestling Entertainment where alleged competitors adopt stage personas and meet each other in a choreographed, scripted and over-acted competition. And just as people are betting on the pre-determined outcomes in the WWE ring, they're doing the same in the rigged financial markets.

Read more »
Posted by Angelo Agathangelou at 2:31 pm No comments: Links to this post 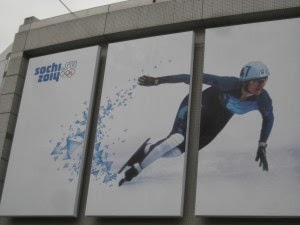 By End the Lie: Visitors to the Sochi Olympics are being immediately hacked when connecting to wireless networks, resulting in a warning from the U.S. State Department according to reports.
Reports from ABC News and NBC News stated that Russian hackers are breaching the phones and personal computers of thousands of foreign tourists visiting the country for the Winter Olympics in Sochi.
The State Department has informed American visitors that they should have “no expectation of privacy” during their stay in Russia, according to Engadget.
The hacking is apparently quite sophisticated, with NBC’s Richard Engel and a security expert showing that test computers were hacked before they even finished their coffee.
The test, which was conducted in a café, resulted in hackers placing malware on the computers, stealing data and “giving hackers the option to tap or even record my phone calls.”

Read more »
Posted by Angelo Agathangelou at 1:28 pm No comments: Links to this post 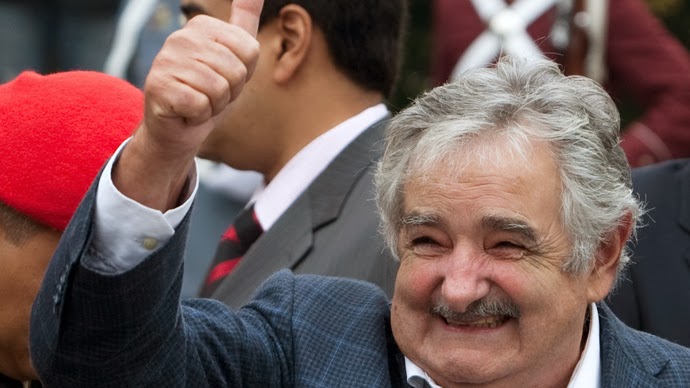 RT: The president of Uruguay has been nominated for this year's Nobel Peace Prize. According to his advocates, José “Pepe” Mujica's much talked-about marijuana legalization is in fact "a tool for peace and understanding."
For the second year in a row, the Drugs Peace Institute, which has supported Mujica’s marijuana legalization drive since 2012, insisting that the consumption of marijuana should be protected as a human right, has endorsed his candidacy, along with members of Mujica's leftwing political party the Frente Amplio, the PlantaTuPlanta (Collective of Uruguayan growers) and the Latin American Coalition of Cannabis Activists (CLAC).
Despite an avalanche of global criticism, in late December Uruguay became the first country in the world to fully legalize the production and sale of the popular herbal drug. Under the new law, which comes into full effect in early April, Uruguayans will have several options to gain access to it.
The Drugs Peace Institute said that Mujica’s stand against the UN-led prohibition of mind-altering substances is a "symbol of a hand outstretched, of a new era in a divided world." 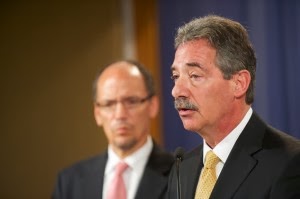 By End the lie: A Department of Justice official told Congress on Tuesday that there “may be one” instance of a criminal case filed by federal investigators using information from the NSA’s phone record collection program.
The statement from Deputy Attorney General James Cole came in response to a question asked by Rep. Ted Poe (R-Texas).
“One criminal case?” Poe said. “[The NSA program] is an invasion of personal privacy, and it’s justified on the idea that we’re going to capture these terrorists. The evidence that you’ve told is all this collection has resulted in one bad guy having criminal charges filed on him.”
However, Cole stood behind the program, saying that it was aimed at large investigations.
“The point of the statute is not to do criminal investigations,” Cole said, according to PC World. “The point of the statute is to do foreign intelligence investigations.”
Cole also said that the NSA probably collects records pertaining to congressional office phone numbers.

Read more »
Posted by Angelo Agathangelou at 8:37 am No comments: Links to this post

Here Comes The Next Great Depression

By Mike Maloney: "The only thing that is expanding in debt - is government debt. This is a very dangerous situation, the larger government grows compared to the GDP the more frictional jobs there are in an economy that don't produce goods and services that you and I buy. That basically extinguishes economic energy, it brings about less prosperity, not more." - Mike Maloney, January 20 2014
Posted by Angelo Agathangelou at 4:46 am No comments: Links to this post

SnowHawk601
Posted by Angelo Agathangelou at 3:10 am No comments: Links to this post