My Thoughts on Mt. Gox

By Michael Krieger: I was going to start this article by stating: “Mt. Gox needs to get its shit together.”
But its too late for that. Much too late.
Mt.Gox has been the dominant Bitcoin exchange pretty much since the beginning. In its brief history, it has suffered several bad setbacks, with the one last spring an incident I am intimately familiar with. There were plenty of reasons to give them a pass in the past, and many of us did. It was early. It was a complete and total Wild West and all of us interested were learning this thing together. There were bound to be some major growing pains. Gox made some changes, came back up and a great deal was forgiven. Not this time.
Bitcoin is no longer in Phase 1 of its evolutionary cycle. I believe Phase 2 for Bitcoin began in earnest back in November 2013, when the Senate Committee on Homeland Security and Governmental Affairs held its first hearings on the topic. Those hearings made it clear that, at least for the moment, no significant roadblocks would be put in place to prevent people from transacting with one another using the crypto-currency. Phase 2 also saw the largest Bitcoin investment to-date, a $25 million infusion led by Silicon Valley VC firm Andreessen Horowitz, as well as acceptance by major U.S. retailers, with Overstock being the most significant. Bitcoin is becoming serious, and serious means serious accountability.

Read more »
Posted by Angelo Agathangelou at 11:43 pm No comments:

Max Keiser and Stacy Herbert discuss the tigers, flies and naked officials fleeing China for the U.S. where corruption is not being cracked down on. They also discuss the naked pork bun running London and what to expect for the housing bubble if China does crackdown on corruption.

Read more »
Posted by Angelo Agathangelou at 10:34 pm No comments:

From Woman To Man To Red Pill - Revisited 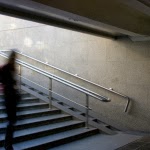 By Steven: I never thought my transition from female to male would lead me to the Men’s Rights Movement.
I never even knew such a thing existed until a year after the fact. My transition was not about sexual politics, but about achieving personal brain-body congruence. I was correcting an internal dysphoria that had persisted since age 7, when I angrily declared to the boy next door that I was “Super Boy and not Super Girl,” and staunchly defended my decision to enter the boys’ restroom to a stressed-out elementary school teacher.
At 11 I begged my mother to let me cut my hair as short as possible and was thrilled when our dentist mistook me for a boy. In short, everything I was inside; everything that I could sense and attach to my identity, was male, even as my body said otherwise.
That conflict intensified harshly. The next year I tried to cut off the breast stubs that grew on my chest with a steak knife, and expressed a strong desire to get breast cancer, “so that I can get a double mastectomy like Grandma!” When I was 16 I developed anorexia in order to stop my periods and shrink my breasts as much as possible.
My distress never had much to do with social roles, and for the most part I did not transition in order to gain any perceived social privilege. I played with Barbie dolls and dressed up as a princess (though I always added a sword just to prove I was a tough princess). Xena was my role model.

Read more »
Posted by Angelo Agathangelou at 9:10 pm No comments:

liarpoliticians: An interview with "controversial" to the lame-stream French comedian Dieudonne on allegedly being anti-Jewish, and being banned by over-promoted failure home secretary Theresa "Jack Boot" May from entering the UK.

Read more »
Posted by Angelo Agathangelou at 7:28 pm No comments:

The Truth About: The Olympics - Sochi 2014 Winter Games + Addiction - and The Drug War!

Stefan Molyneux: The 2014 Winter Olympics, officially the XXII Olympic Winter Games is a major international multi-sport event currently being held in Sochi, Russia. What is the truth about the Olympics?

Read more »
Posted by Angelo Agathangelou at 5:58 pm No comments:

By Victor Zen (Sage Gerard):
#1: Criticizing women is not misogyny 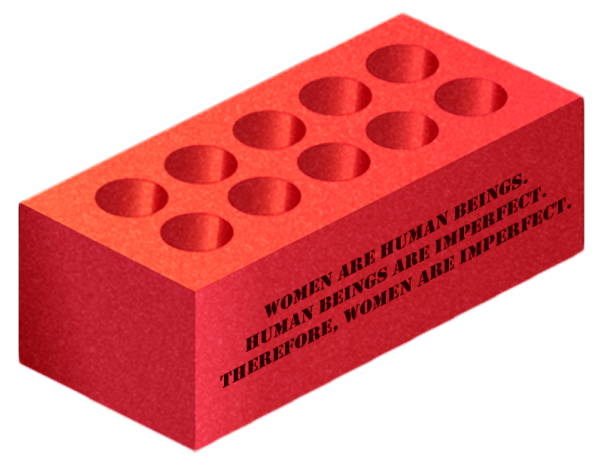 This brick of logic reminds the world that women aren’t special.
Modified version of free image from OpenClipArt.org
You can replace “women” with “men,” “Singaporeans,” “Jets fans” or anything under the kaleidoscopic constellation of humanity in the argument and still be right. The sound of the brick’s impact resonates when it hits the stupid pedestal that women end up on all the time.

Read more »
Posted by Angelo Agathangelou at 3:48 pm No comments: 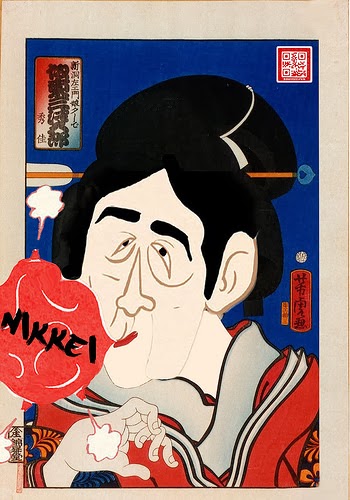 Submitted by Tyler Durden: It would appear hell hath no fury like a menstruating Japanese feminazi scorned... As The Daily Porn reports, women in Tokyo are selling sex to men for votes against the front-runner in this weekend's critical Abenomics-vote-of-confidence gubernatorial election. The reason? Yoichi Masuzoe, a 65-year-old former political scientist, stated that it would not be proper to have women at the highest level of government because their menstrual cycle makes them irrational. All 16 candidates in the poll are men, with many of them aged in their 60s or older. But Masuzoe's comments about women, as well as other controversial remarks on taxing the elderly, have triggered a backlash.

Via The Daily Star,


Women in Tokyo are threatening a sex boycott against any man who votes for the front-runner in this weekend's gubernatorial election, in protest at his claim that menstruation makes women unfit for government.

Read more »
Posted by Angelo Agathangelou at 2:47 pm No comments: 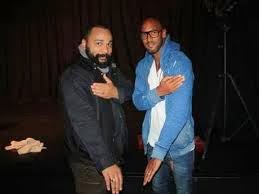 A French political activist and comedy actor, who has been under pressure from the government for “racist and anti-Semitic remarks,” has told Press TV about the extent of Zionism within the French establishment.
UK BANNED Press TV: “...Zionism takes up a considerable amount of space in the French establishment...,” Dieudonné M’bala M’bala said at the Golden Hand Theatre, where he runs his highly popular shows.
In recent weeks, Dieudo, as the actor is often called in France, has been accused of preaching the Quenelle, a gesture considered anti-Zionist in France.
M’bala M’bala is credited with creating and popularizing the gesture, done by pointing one arm diagonally downwards palm down, while touching the shoulder with the opposite hand.
Following the accusations, the French government banned his show. Now he is back to running his comedy show tours.
M’bala M’bala said, “A kind of a storm hit my family and my professional circles. All this because of one man, Manuel Valls, the interior minister. For how long, I can’t say. But I hope for the shortest possible time. He attacked me and the freedom of speech and expression in this country in general. Therefore, it feels very strange to face the entire government.”

Read more »
Posted by Angelo Agathangelou at 11:30 am No comments:

Connect The Dots: The Power Of The Lone Dissenter To Bring About Positive Change

smartknowledgeu: The power of the lone dissenter CAN plant the seed that takes root and leads to powerful positive change in this world. Those in power just WANT YOU to believe this is not true.
Posted by Angelo Agathangelou at 9:34 am No comments:

How Gold-Digging Got Professional

By Robert St. Estephe: The “Heart Balm Racket” was the ultimate gold-digger scheme. Here is the classic version as it was developed over time by its female practitioners (with the assistance of male lawyers who were in on the deal): 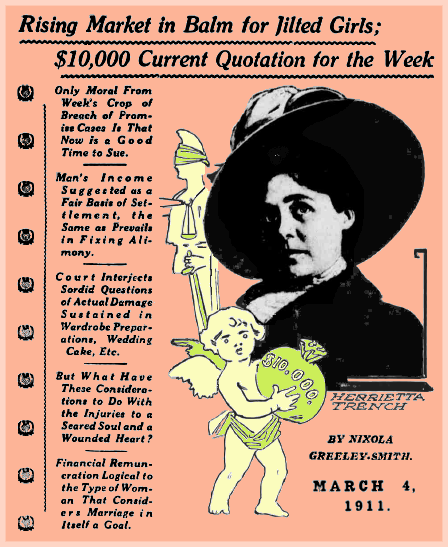 Step 1: Target a man of means;


Step 2: Flirt with him and get him to propose marriage, in writing, ideally in at least three courtroom-ready love letters;


Step 3: Become an impossible, flighty, ill-tempered, and thus no-longer attractive prospective bride, resulting in a change of mind on the part of the prospective groom;


Step. 4: Feign sorrow and suffering and sue his butt off for breach of promise.
The year 1911 seems to have been a hot one in the history of “patriarchal oppression,” as evidenced by the following exposé, combined with the infamous “alimony unlimited” ruling of Chicago Judge Bonygne and reports on the financial woes of suffering alimony princesses Ethel Stuart Elliott of New York and Mrs. Trude of Chicago

Read more »
Posted by Angelo Agathangelou at 6:36 am No comments:

Wanna See The Left Flip Out? + Separation of Business and State

Ry Dawson: I couldn't even put the N word in the title lol. Proves my point even more. Stop obsessing over isms.

Read more »
Posted by Angelo Agathangelou at 12:15 am No comments: