EU To Force Britons To Publish Details Of Wills And Property

A bill being debated in Brussels would force UK citizens to disclose 'reams' of private, financial information on a public register

By Richard Dyson: New legislation planned in Brussels is set to heap fresh costs and paperwork on families’ financial planning, as well as leaving their affairs open to unwanted public scrutiny.
A European law is being drafted whose original aim was to prevent corporate money-laundering. The objective, supported by the UK, was to force companies to disclose on a register the money and other assets held inside trusts or equivalent legal arrangements.
But officials in Brussels have widened out the proposals as the bill has evolved, to include trusts. The effect could be to force millions of families to compile elaborate accounts of their assets and financial arrangements including insurance policies, property and bequests made in their wills, for entry into a register. And that register, if legislators get their way, could be made available to any member of the public.

221 Percent Increase In One Year? Why Are So Many People Renouncing American Citizenship? 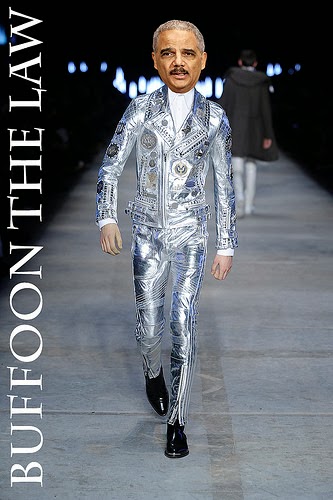 By Michael Snyder: The number of Americans that renounced their citizenship was 221 percent higher in 2013 than it was in 2012.  That is a staggering figure, and it is symptomatic of a larger trend.  In recent years, a lot of really good people with very deep roots in this country have made the difficult decision to say goodbye to the United States permanently.  A few actually go to the trouble to renounce their citizenship, and that is mostly done for tax purposes.  But most willingly choose to leave America for other reasons.  Some were very serious when they said they would leave the U.S. if Barack Obama got a second term, some (such as Jesse Ventura) are dismayed at how our freedoms and liberties are eroding and are alarmed at the rise of the Big Brother police state, some are absolutely disgusted by the social and moral decay that is eating away at the foundations of our society, and there are yet others that consider "the grass to be greener" on the other side of the planet.  Personally, I have a number of friends that have made the very hard decision to relocate their families thousands of miles away because they see what is coming to America and they believe that there isn't any hope of turning things around at this point.

bar bar
Relevant quote:
"One of the workplace laws and rules that I think are good is that bosses should not prey on young interns in their office. And I think really the media seems to have given President Clinton a pass on this. He took advantage of a girl that was 20 years old and an intern in his office. There is no excuse for that, and that is predatory behavior... Then they (Democrats) have the gall to stand up and say, 'Republicans are having a war on women.' "

Read more »
Posted by Angelo Agathangelou at 7:17 pm No comments:

Silver breakout right after Schiff destroyed on The Daily Show

silverfuturist
Posted by Angelo Agathangelou at 7:02 pm No comments:

Men Are Financing The State’s Assaults… On Men

By Mike Buchanan: The following is an article just published by The Backbencher, an online magazine aimed mainly at young adults with an interest in politics, especially university students.

Men pay 72% of the income tax collected in the UK, women only 28%.1 British men collectively paid £64 BILLION more income tax than women in 2012/13, yet the state relentlessly assaults the interests of men, never the interests of women. In our party’s public consultation document2 we list 20 areas in which the state, through its actions and inactions, advantages women (and/or girls) over men (and/or boys). 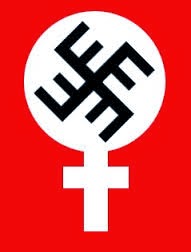 Feminist politicians and civil servants systematically advantage women at men’s expense, but the mainstream media rarely report on the extent of their manipulations, and it can be difficult to ‘join up the dots’. Let me join a few of them up for you.
Two-thirds of public sector employees are women, and women use the ‘positive action’ provisions in the 2010 Equality Act to preference women over men when recruiting and promoting, where women are ‘under-represented’. While men could conceivably be preferenced over women on the same grounds, they never are.
Men and boys have been disadvantaged by an increasingly feminised education system.

Read more »
Posted by Angelo Agathangelou at 4:46 pm No comments:

By End The Lie: Security researchers have revealed that the NBC story about visitors to Russia getting hacked almost immediately is “wrong in every salient detail,” but NBC is defending their report.
Errata Security, a cybersecurity firm out of Atlanta, Georgia, published a blog post stating that the NBC story was “100% fraudulent,” in which they pointed out many questionable details.
For instance, the NBC story as published gave the impression that Richard Engel was in Sochi. In reality, he was in Moscow, over 1,000 miles away from Sochi.
The NBC story gave the impression that they were hacked simply by connecting to local WiFi networks. In reality, they were hacked because they visited Olympic-themed websites, according to Robert Graham of Errata Security.
Graham states that Engel’s phone didn’t even get “hacked” as such, but instead that Engel downloaded a malicious Android application onto his phone.
In order to download that malicious app, Engel had to disable the security features on his phone. Graham reports that this is “something few users would do.”

Milk Is Dangerous for Your Health

"There is no biological requirement for cow’s milk. It is nature’s perfect food but only if you are a calf.. The evidence of its benefits are overstated, and the evidence of its harm to human populations is increasing."
By Dr. Mark Hyman: Western/US current government guidelines recommend drinking three glasses of milk a day for every American over five.  For kids under five, Uncle Sam recommends chugging two glasses a day.  But is milk a health food?  Should we really be eating dairy?  Is there any real science behind this, or is this just the result of the powerful Dairy Council lobby?

Read more »
Posted by Angelo Agathangelou at 11:03 am No comments:

The Gender Wage Gap Is A Myth

American Enterprise Institute: The wage gap myth, most recently used by President Obama during the State of the Union Address, states that women make only 77 cents to every dollar that men earn. AEI resident scholar Christina Hoff Sommers debunks the bogus statistic.

Angelo: Interesting interview by ‘Morris’ with ‘Turkish Girl’ “The biggest debate in France is about gender theory.” “Satanic government is targeting the children to have no identity” to do this… “In France the minister for education and the minister for women’s rights have established a partnership with a rather influential lobby ‘LGBT’”
Media black out and false information regarding protester numbers of apparently 500,000 people in Paris alone and over 100,000 in Lyon. Families fight back. Seems that covered up by our own western lame-stream media blackout, the French people agree its OK to criticize feminists, lesbians, gays, bisexuals and transgenders.

Read more »
Posted by Angelo Agathangelou at 1:12 am No comments: