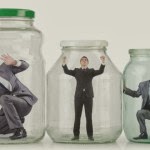 By Clint Carpentier: I just got off work, cracked myself a beer and – in a brain-dead haze – looked at the six articles I’ve been puttering on after dragging my ass home. Most of them scare the piss outta me, but not because they may be over-the-top, taboo, complete failures, or even that I may get my share of backlash for daring to consider such concepts. The problem is that, when I’m not already mentally and physically exhausted, the very real ramifications of what I’m typing tends to trigger my OCD and then my conspiracy theorist boner twangs, sending me into a state of terrified shock as my mind reels with the absurdity that people can’t actually see the blatant truth all around them.
Do I really gotta point it out and describe the problems to them? REALLY??? Given that people still drink and drive, and/or use dangerous recreational drugs, I really shouldn’t be surprised but, come on humanity, throw me a bone of hope before I water my beer down too much.
My fantasy girlfriend sent me a private message not long ago, eagerly looking forward to my next violating mind-rape of what I consider to be “common sense” (If sense were common, we’d all be wise; sadly, we are not). I tried desperately to cry on her textual shoulder and make sad pitiful excuses with no apologies, all the while making a long-winded assault on her saintly gynotegrity.

Read more »
Posted by Angelo Agathangelou at 11:25 pm No comments:

A Hundred Trillion or So 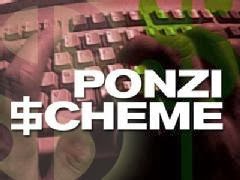 MONTY PELERIN'S WORLD: Economist Lawrence Kotlikoff has been warning anyone who will listen about the true indebtedness of the US government. Despite what you are told and likely believe, the problem is substantially bigger than government presents it as. But, isn’t that always the case with information provided by government?
Kotlikoff calculates the present value of government obligations to be $205 Trillion! This figure is not the summation of all projected shortfalls from now until infinity. No, it represents the present value of these shortfalls. In other words, it is what the US government would have to have invested earning interest today in order to meet all of its future promises and obligations.

Others come up with lower estimates than Mr. Kotlikoff, but most of these are still in the $100 Trillion range. To put this problem into proper perspective, these low estimates are greater than the total wealth of the nation. Thus, government could confiscate everything that you and everyone else owns and it still would not be solvent. But you and all other citizens would have nothing.
Government has incurred obligations and made promises that can never be kept, even by raping the population of all its wealth. Charles Ponzi and Bernie Madoff were pikers compared to this modern technique of vote-buying, shameless lying and cooking the books.

Read more »
Posted by Angelo Agathangelou at 10:03 pm No comments:

Sandman: I'd like to try something a bit different today. Instead of presenting a specific comment I'd like to got through some the best viewer comments from the last month. I've been collecting interesting viewer comments and these are the ones that made me think. Many of the people making them don't have their own MGTOW youtube channels, but none the less I felt like these were to important to just leave in the youtube comments sections never to see the light of day again. Some people have taken the time to write out pages of comments and I thought it would be a great idea to give others a voice here as well.

Politics, Sexual Assault And The War On College Men

By Jonah Moser: The war on college male students continues unabashedly with even the President getting in on the act recently by citing the feminist-inspired myth that “1 out of 5” women are victims of rape. Though a Department of Justice report shows a 10-year decline of sexual assault on college campuses, playing politics with the very serious issue of sexual assault appears to be gaining momentum. President Obama has appointed a task force called the the White House Task Force to Protect Students from Sexual Assault. We could easily write the script for what the recommendations that this task force will likely make. 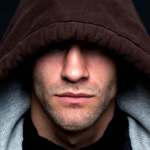 So as a taxpayer, and to appease the rape hysteria feminist proponents, I have the following suggestions to the task force to help them ensure that men are expeditiously driven off college campuses:
1. All enrolled secondary and post-secondary students unfortunate to be born of the male sex should be required to wear a bright, striped uniform with a large decal sewn into their clothing to designate them as potential rapists, a similar program initiated during the 1930s by the German government against a class of people whose only crime was being born Jewish. We should be inspired by their bold action in combating that menace, and must be similarly bold in our action against men, sex fiends that they are.
2. Any male student accused of sexual assault or harassment should immediately have their due process rights suspended, be required to attend anti-male indoctrination training and be forced to stand in front of a specially-trained tribunal in which the outcome will be predisposed to a finding of guilt (because why would they be accused if they weren’t guilty?).

cynthiagranville: Cynthia Granville is Laana Sherland, the Spokeswoman for the Damaged Women's Coalition. From Onion News Network on IFC, Episode 110 (American Dream), directed by the amazing Will Graham.
Posted by Angelo Agathangelou at 2:46 pm No comments:

The Male Body And The Masculinity Police – Part II

By Jason Gregory: We live in a culture where violence against men is prevalent, normalized, excused, and celebrated by the media and in popular culture. Laugh if you want, but the best humor is practically indistinguishable from tragedy. The best comedians understand suffering. The best jokes are lamentations.

Russell Lindquist
Posted by Angelo Agathangelou at 11:27 am No comments: 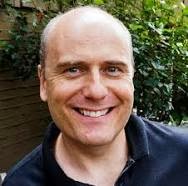 Stefan Molyneux: Stefan reviews the award winning film Captain Phillips and examines the reality of the Somali pirate hijackings. Captain Phillips is a thriller film directed by Paul Greengrass and starring Tom Hanks and Barkhad Abdi. The film is based on the true story of the Maersk Alabama hijacking, an incident during which merchant mariner Captain Richard Phillips was taken hostage by pirates in the Indian Ocean led by Abduwali Muse.
Posted by Angelo Agathangelou at 10:01 am No comments: 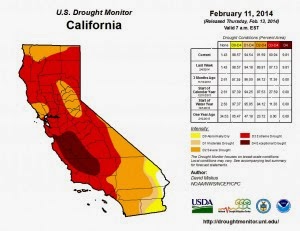 By Michael Snyder: Did you know that the U.S. state that produces the most vegetables is going through the worst drought it has ever experienced and that the size of the total U.S. cattle herd is now the smallest that it has been since 1951?  Just the other day, a CBS News article boldly declared that "food prices soar as incomes stand still", but the truth is that this is only just the beginning.  If the drought that has been devastating farmers and ranchers out west continues, we are going to see prices for meat, fruits and vegetables soar into the stratosphere.  Already, the federal government has declared portions of 11 states to be "disaster areas", and California farmers are going to leave half a million acres sitting idle this year because of the extremely dry conditions.  Sadly, experts are telling us that things are probably going to get worse before they get better (if they ever do).  As you will read about below, one expert recently told National Geographic that throughout history it has been quite common for that region of North America to experience severe droughts that last for decades.  In fact, one drought actually lasted for about 200 years.  So there is the possibility that the drought that has begun in the state of California may not end during your entire lifetime.

Read more »
Posted by Angelo Agathangelou at 8:54 am No comments: 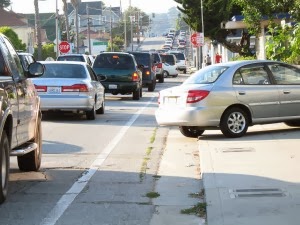 By End the Lie: A group of Spanish security researchers have revealed a $20 device that can cause vital functions of a car to be disabled if physically connected to a car.
While many car hacking techniques have been demonstrated, it seems that this device has the potential to be particularly dangerous and is especially cheap to build.
If physically connected to a vehicle, the device can interfere with a car’s onboard Controller Area Network, or CAN bus, that coordinates and operates everything from windows to headlines and brakes to power steering.
When the device, which is smaller than a smartphone, is attached to a car’s electrical systems and the CAN bus via four wires, attack commands can be input over Bluetooth, according to Future Tense.
Javier Vazquez-Vidal and Alberto Garcia Illera call the device the deviCAN Hacking Tool, or CHT.
Vazquez-Vidal told Forbes that the device is so small that it could be placed on a vehicle without being seen so an attack could be initiated weeks or months later.
The placement of the device on some car models would require the attackers to get under a car’s hood, but on some models attackers could just crawl under the car to plant it.
The researchers hope that releasing this information will force car manufacturers to address all of the vulnerabilities.
“A car is a mini network, and right now there’s no security implemented,” Garcia Illera.

Read more »
Posted by Angelo Agathangelou at 6:44 am No comments:

I Would Die For You

Stefan Molyneux: I would die for you, but I will not even listen to you, unconscious manipulation, the value of emotional connection, the universality of the non-aggression principle, escaping the horror of sexual abuse through assigning moral responsibility, defining empathy, and what to do as a parent when child does not want to do something that needs to be done.