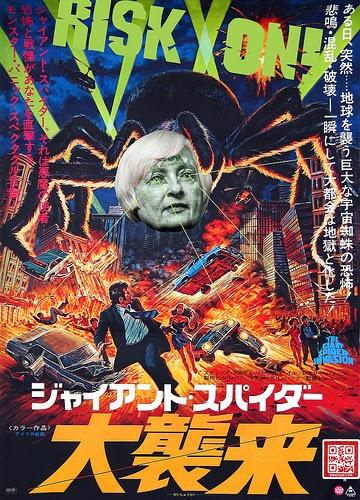 By Simon Black: Sovereign Valley Farm, Chile - It’s pretty ironic that I have two visitors right now in my home– one from Ukraine and the other from Thailand.
Both of their countries are in the midst of chaotic turmoil right now, characterized by riots and violent clashes between protestors and police.
It reminds me of the old quote from Louis XVI upon being informed in 1789 that the French people had stormed the Bastille. The King asked, “Is it a revolt?”
“No, sire,” the duke replied, “It is a revolution.”
People in both of these countries have reached their breaking points. In Ukraine especially, economic conditions have deteriorated in almost spectacular form.
History is packed with examples of how people rise up in the streets whenever economic conditions deteriorate.
The French Revolution in 1789 is one famous example; the French people finally reached their breaking points after nearly starving to death.
The 2011 Egyptian Revolution and entire Arab Spring movement is a similar example.
In fact, a 2011 study from the New England Complex Systems Institute showed a clear statistical correlation between social unrest and (specifically) food prices. The higher food prices get, the greater the chances of riots and revolution.
This is not a condition exclusive to the developing world; it is a fundamental human trait to provide for one’s family.

Farcical Differences In The Training Of Male And Female Army Cadets

By James Williams: In producing Men’s Matters Radio episodes I sometimes try to bring focus on the “little guy” – the one with no voice. It means engaging with otherwise obscure and forgotten people and putting them in front of a microphone so that they can tell their story.
Just like in triage, I have found that it is often the silent ones who are suffering the most or are the ones with the greatest needs. 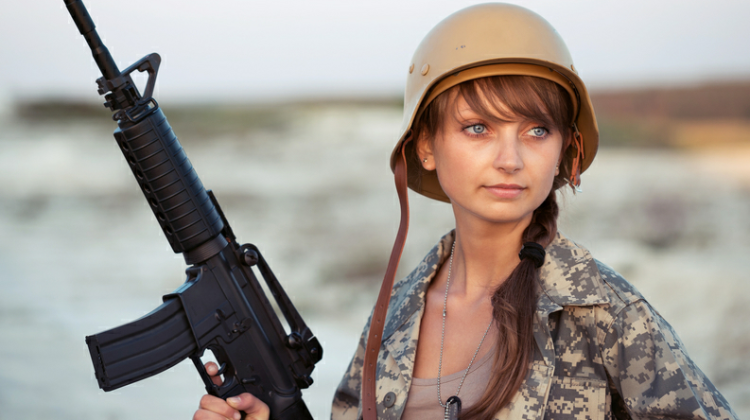 One of the challenges in fighting misandry and prejudice against males is in getting men and boys to come forward and to speak out. It doesn’t seem to come naturally to them. That may be partly due to males being conditioned from birth to not whinge; to “Man Up” when things go against them and just get on with it whilst internalizing any feelings of injustice they may experience. But, it’s also due to the conditioning of women and their reaction to men’s and boys’ problems. What is clear is the prevalence of a general myopia about anti-male prejudice.
See a man suffering – “not my business” or “Ha! Ha! Isn’t that funny?” and, if something goes wrong, find a man to blame.
A few days ago I crossed a road at the same time as a woman. As we crossed, a male driver, speeding around a corner, was forced to slow due to the woman impeding his path but, although she was nearer to him and I was well clear, he chose to scream at me and ignore her.

By Michael Krieger: The following quote written on a piece of cardboard from the ongoing protests in Venezuela basically summarizes how the oligarchs, or the 0.01%, and their political henchmen rule in all countries around the world at the moment. Then they cry like little welfare babies when people criticize their behavior.
Powerful stuff:
They speak like Marx, Rule like Stalin And live like Rockefellers, While the people suffer 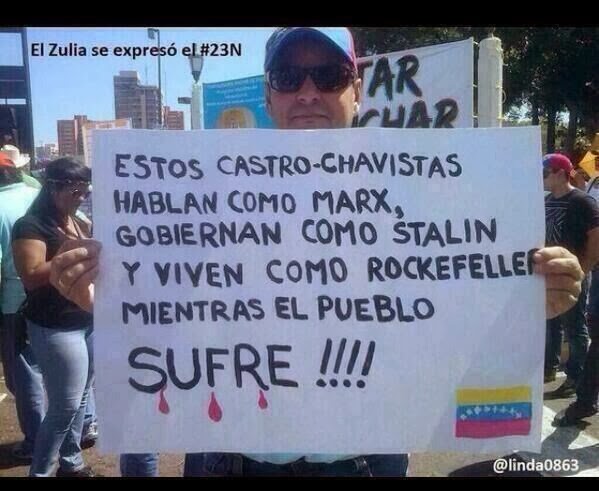 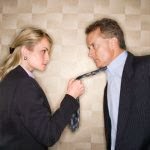 By Mike Buchanan: We have been quite busy on the public challenges front. We start with Vera Baird QC, a gender feminist and former Labour MP in the same mould as Harriet Harman:
Baird was the Labour MP for Redcar from 2001 – 2010, and was appointed solicitor general in 2007. She’s now the (elected) Police and Crime Commissioner for Northumbria, a post with an income of £80,000 p.a. From what we can see on her website her concerns about the victims of domestic violence appear to be strictly limited to women and children. She promised Sunderland women she’d tackle domestic violence if elected:
She issued this document before her election: Tackling domestic violence against women and girls. From the document, with gender-specific text in bold type:

Now Vera Baird has promised a step change in the way the police force will deal with the problem if she is elected in November. Ms Baird has announced plans to introduce a pilot project in Northumbria which will seek to prevent domestic abuse incidents occurring by using active monitoring and management of known serial perpetrators of domestic and sexual violence.
The proposal is part of five priorities to address the problem of violence against women and girls, which will be adopted by Labour Police & Crime Commissioners across the UK:
- Develop and roll out an integrated local action plan to tackle violence against women and girls

The Wilhelm Scream of Cultural Misandry 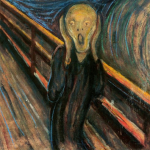 By B.R. Merrick: A commenter on an article written by some straight dude (who won’t be shut up about it) inspired what follows. I entitled it “The Wilhelm Scream of cultural misandry” because of what Private Wilhelm represented in his time and what he represents today. Anyway, the quote:


In the case of soldiers, especially, we SHOULD cheer them on for allowing themselves to be made disposable.

(emphasis in the original)
Who is Private Wilhelm, you ask, and what is his relation to the above quote concerning other disposable soldiers?
He is a fictional character from a film called The Charge at Feather River. At some point in this film, Private Wilhelm is shot with an arrow and then screams. The scream, separated from all other noise one would expect in such a scene (that I haven’t seen), was then used in more than 200 movies. It may have been used in two or more films before it received its name, thanks to Private Wilhelm, who is remembered for screaming some other man’s scream.
It is used in movies today, such as the not-so-recent Lord of the Rings trilogy. It is, along with cultural misandry, easily heard and seen in a myriad ways across mainstream media and society:

Read more »
Posted by Angelo Agathangelou at 4:33 pm No comments: Links to this post

ThinkingApe-TV
Read more »
Posted by Angelo Agathangelou at 12:35 pm No comments: Links to this post

Money For People NOT Jewish Banksters

Brother Nathanael
Posted by Angelo Agathangelou at 11:25 am No comments: Links to this post

Female? Can't Do The Job? You're A Victim Of Sex Discrimination

6oodfella: My apologies to all capable women who watch this, I'm aware that not all women are this useless and pathetic, but it's understandable that society finds it near-impossible to take women seriously, when such pitiful beings like the ones in this video keep behaving as they do.

Read more »
Posted by Angelo Agathangelou at 7:31 am No comments: Links to this post 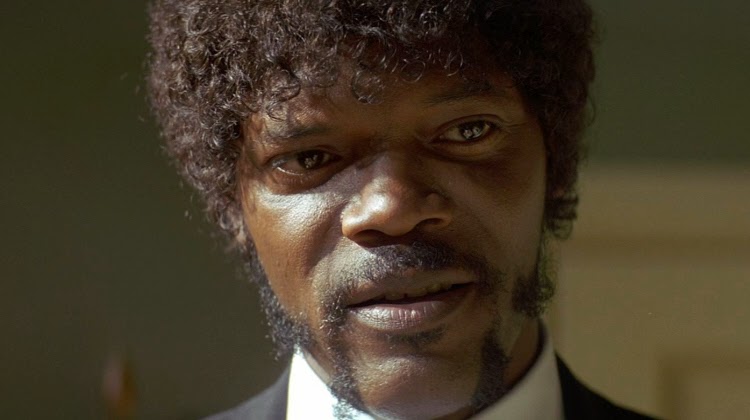 By Paul Elam: The following is part of a comment recently left on the AVfM website by one of the recent newbies that showed up to defend Nacho Vidal’s honor after I did an article about his shutting down MGTOW Forums (which is miraculously back up, btw).

Male spaces need to be male spaces, without “female allies” cuntsplaining to us what is “constructive” or “useful” dialogue.
That just hijacks our independence and women end up dictating “our” agenda, like they already have for the last million years.

OK, to set everyone’s mind at ease, I only mentioned Nacho because it was necessary to context. I am not going there again.
What I do want to talk about for a moment is the concept of “male space,” which is a subject of some importance, as you might imagine, on a website bearing the name A Voice for Men.
Let me state that I emphatically endorse and support whatever any group of men want to call “male space.” I may not agree with everything they say, or even any of it. But the right to congregate free of any female participation? Of course, and without caveat.
At the same time I want to call your attention to the second paragraph of the quote from the newbie and tell you that I just had to laugh. 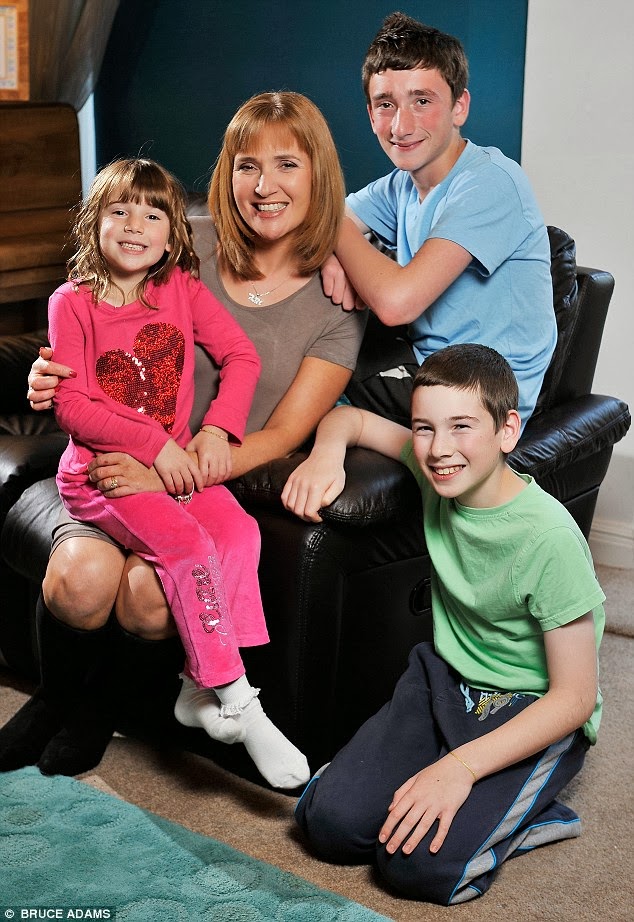 By Angela Epstein: Why do feminists have to get so hysterical when debating casual sexism?
It`s one of those delicious ironies of modern feminism. The more they fight to prove their point, the more they sound like the kind of old shrew Les Dawson used as target practice during his mother-in-law bashing routines.
Only today, on BBC Radio Five Live, comedian and feminist activist Kate Smurthwaite completely lost her rag when trying to make her points during a debate about casual sexism.
Do listen to the link (debate starts from 11.38 mins in).
http://www.bbc.co.uk/programmes/b03vcjc6
It`s this kind of hand wringing hysteria which only consolidates my position as a non feminist.

Global Capitalism Has Written Off The Human Race 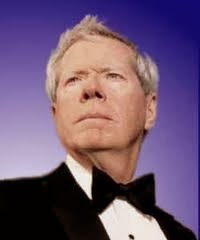 By Paul Craig Roberts: Economic theory teaches that free price and profit movements ensure that capitalism produces the greatest welfare for the greatest number. Losses indicate economic activities where costs exceed the value of production, thus investment in these activities is curtailed. Profits indicate economic activities where the value of output exceeds its cost, thus investment increases. Prices indicate the relative scarcity and value of inputs and outputs, thus serving to organize production most efficiently.
This theory doesn’t work when the US government socializes cost and privatizes profits as it has been doing with the Federal Reserve’s support of “banks too big to fail” and when a handful of financial institutions have concentrated much economic activity. Subsidized “private” banks are no different from the former publicly subsidized socialized industries of Great Britain, France, Italy, and the former communist countries. The banks have imposed the costs of their incompetence, greed, and corruption on taxpayers. Indeed, the socialized firms in England and France were more efficiently run and never threatened the national economies, much less the entire world, with ruin as do the private US “banks too big to fail.” The English, French, and communists never had to print $1,000 billion dollars annually to save a handful of corrupt and incompetent financial enterprises.

Read more »
Posted by Angelo Agathangelou at 12:28 am No comments: Links to this post