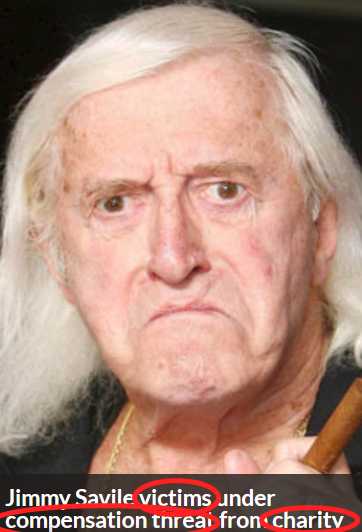 By John Ward: We are witnessing a battle going on for our minds in this country – but far too few of us are conscious of it.
On one side are those media owners, rapscallion bottom-feeders, slur doctors and quack coppers who would have you believe that a person is guilty until proven innocent. They titillate the dirty mack brigade and feed what’s left of the woman-hating drongo bloke population…but in the next breath, tell you that every male celebrity is a beast who must be hung before any de iure process has looked with due diligence at all the evidence.
The pornographer Richard Desmond, owner of the Daily Star, is just such a greasy hypocrite. His Star “news”paper has published a front page lead today which is inaccurate, ill-informed, and misleading from the first word to the last.
There comes a time in the decline of every formerly Alpha culture when the drongos running horsesh*t for the titillation of the knuckle-draggers need to be reminded that there is still a thing in Britain called the due process of the Law. We don’t do chucking millstoned witches into the village pond any more to see if they float. We’ve moved on ever so slightly to a system where there’s not much equality before the law, but lynch mobs are still very illegal indeed.
I’ve ringed the three subhead words in the above utterly risible piece in today’s Daily Star simply to point out why it is wrong, wrong, wrong.

Read more »
Posted by Angelo Agathangelou at 11:33 pm No comments: 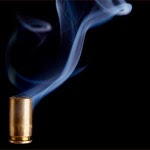 By John Ribner: “Get over it,” they demand.
But I’m the one who got hit in the drive-by, man! So excuse me if I can’t just wake up and say bye-bye to everything that happened. My blood stained the sidewalk for a week, one week, yet they act like this is just something I just imagined.

Back in ’88 I was consumed with hate because someone blasted me in the back. Was he on crack? I didn’t know him or his reasons. Maybe it was white boy season when the bullet slammed into my shoulder and punched through my chest. I must confess, I didn’t possess a bullet-proof vest, so rush me to the hospital to get this wound dressed. Hey Doc! Why you running thosee tests? To see if I’m on drugs? Oh. So I’m just another thug in a deal gone bad. That’s sad, because it wasn’t anything of the kind. I was just in the wrong place at the wrong time.
“But that was 26 years ago,” they whine.
Fine! So just forget that someone tried to assassinate me. No need to calculate how much blood I spilled or that they gunned me down just for thrills; no, I should look past all these ills and just get over it. Ignore the nightmares that still come around, when I jump up in bed every time I hear that sound … Pop! More like a firecracker than a .22 round, but firecrackers don’t knock you to the ground. Yeah. I should get over it. 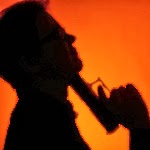 So in the space of 31 years, the male/female suicide rate differential has almost doubled, from 1.9 to 3.5. If that isn’t an indicator of society becoming differentially more hostile towards men over that period, I don’t know what is. From the article:

Clare Wyllie, head of policy and research at Samaritans, said the figures showed that the highest suicide rate was among men aged 40 to 44, at 25.9 deaths per 100,000. This bore out the charity’s own studies, which have found middle-aged men of low socioeconomic status to be most at risk.

Read more »
Posted by Angelo Agathangelou at 6:09 pm No comments:

A Gunman and The Mystique of Motherhood

The Justicar
Posted by Angelo Agathangelou at 4:15 pm No comments:

Acid Attacks: Telling Only Half The Story

By Dan Perrins: Acid attacks or vitriolage, we are made aware of them via the media on a regular basis. The effect of acid on human flesh is horrific to say the least.
The images most of us associate with the term acid attack are that of disfigured and deformed woman with horrendous scars where the acid has come into contact with their flesh. The effects, if the acid in the attack is strong enough or not neutralized quickly, are permanent. 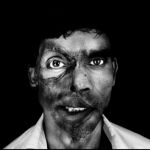 Acid attacks are not new. In point of fact women have a rich history of using acid in their attacks.
Our resident historian, Robert St. Estephe, has documented a substantial list going back to 1865 when Margaret Boyle of Philadelphia, Pennsylvania threw acid in the face of her son-in law as he was not the man she had chose for her daughter.
It was the matriarchy that forced Mrs Boyle to commit her crime, right?
And over at E Belfort Bax website we can find it referenced as well. The term used for acid by Bax was “vitriol.” Used primarily by women in his day.
Most of the news fed to us about this particularly heinous form of violence covers about 60% of the story today; about 40% of the victims are men. The feminist organizations feed it to the news groups and they in turn don’t bother checking the facts.
Feminists never blatantly lie about gender violence right?

Read more »
Posted by Angelo Agathangelou at 12:03 pm No comments: 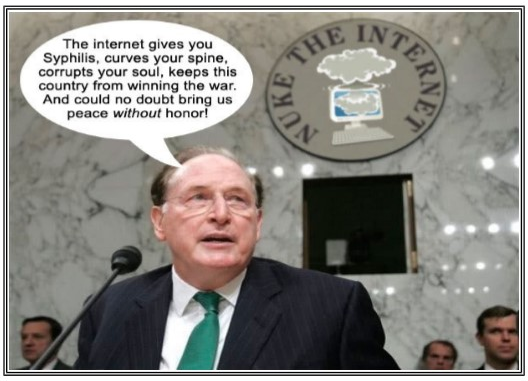 By Andy B: “It really almost makes you ask the question,” West Virginia Senator Jay Rockefeller mused before the careful gaze of Washington’s sixth richest official, U.S Secretary Of Commerce Gary Locke. “Would it have just been better if we never invented the Internet?”
Being careful then to make mention of the U.S. Department Of Defense being attacked no less than three million times per day. And being carefuller still to list various hypothetical threats to the U.S. banking system and electricity grid posed (potentially) by just “some kid in Latvia” Rockefeller, (who was of course voicing the concerns of an undisclosed security comity rather than those of his constituents) then finished by saying, “It is a fearsome, awesome problem,”

Read more »
Posted by Angelo Agathangelou at 6:53 am No comments:

thepotroast
Posted by Angelo Agathangelou at 5:23 am No comments:

It Is Zionism Conquering Ukraine and Venezuela

Morris: Creating shortages was the way that opposition to Morsi was created. I wonder if Russia is being placated with Egyptian and Algerian lucrative contracts - not that i think that will work.
Posted by Angelo Agathangelou at 3:40 am No comments: