Misandrist Alison Saunders, Director of Public Prosecutions and The Show Trials Of Men In The UK 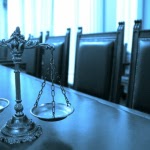 By Mike Buchanan: Alison Saunders (53) is a barrister and a career civil servant who joined the Crown Prosecution Service (‘CPS’) at its inception in 1986. The CPS is the taxpayer-funded body which decides who’s charged with criminal offences, so it’s the body which has been responsible for launching (at huge cost to taxpayers) a series of show trials of prominent men, many of them elderly, on charges of sexual offences – including rape. Most have been acquitted on all or almost all counts.
Few of these trials would have taken place in more enlightened times, as the quality of evidence is almost invariably either woefully poor or non-existent. Some alleged offences date back 40 years or more. The women alleging the offences retain anonymity even when the cases fail, while the men’s identities are revealed across the mass media as soon as they’re charged.
The women stand to receive large sums for compensation from the public purse if their cases succeed. Women making false allegations have everything to gain, and nothing to lose. Some of the men have been financially ruined by legal costs, and it’s a wonder that none of them have yet committed suicide. It’s surely only a matter of time before one or more of them does so. Doubtless feminists will dance on their graves.

Read more »
Posted by Angelo Agathangelou at 11:45 pm No comments: Links to this post

"How to Ruin an Economy; Some Simple Ways" Noam Chomsky

The3conomy: Chomsky argued that certain factors, among them cutting federal funding for research and development and the growing gap between the richest 1 percent and everybody else, have led to the current US economic climate.
The system is so dysfunctional that it cannot put eager hands to needed work using the resources that would be available if the economy were designed for human needs, Chomsky said. These things didnt just happen like a tornado, they are the results of deliberate policies over roughly the past generation.

Read more »
Posted by Angelo Agathangelou at 8:27 pm No comments: Links to this post

No, Seriously, What About Teh Menz? 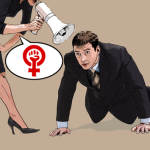 By Jared White: Does anyone remember a time when a feminist could step onto a stage, any stage, be it national or local, and proclaim women were oppressed by men and not be challenged by anyone? There really wasn’t so much as a flutter of an eyelash indicating that someone, anyone needed to process that statement, which, in most cases, was made off the cuff in some speech about why tax dollars should be funneled into some women-only program.
Now don’t get me wrong. The statement is still made regularly by feminists and those amongst the general population who can’t be bothered to look into the facts of history. But the point I’m making here is that there was a time when someone could utter disgusting things, like men being “oppressors,” as if they were saying the sky was blue and almost no one would even challenge the assertion. It was as if those who knew it wasn’t true who decided to let the lie continue unabated, supposedly content with the knowledge that even though it was a mischaracterized exaggeration of how men and women lived before technology wiped a massive portion of sweat from our brows, women had it worse and continued to have it worse in just about every aspect of life. So the male-excluding programs and initiatives were needed… even though the people peddling these programs were saying some pretty mean-spirited and untrue things.
But now things are different. 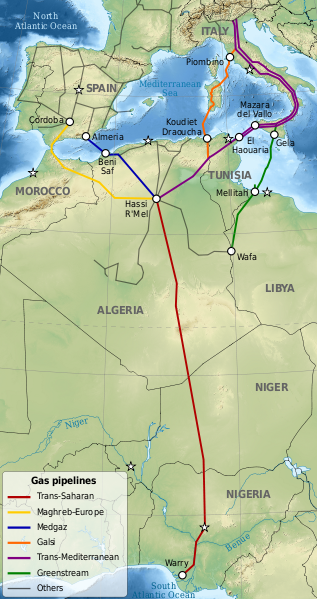 By Charles Hugh Smith: Scrape away the media sensationalism and geopolitical posturing and it boils down to a simple dynamic: follow the energy.
Though many seem to believe that internal politics and geopolitical posturing in Ukraine are definitive dynamics, I tend to think the one that really counts is energy: not only who has it and who needs it, but where the consumers can get it from.
Let's cut to the chase and declare a partition along long-standing linguistic and loyalty lines a done deal. Let's also dispense with any notions that either side can impose a military solution in the other's territory.
Media reports on the weakness of Ukrainian military forces abound (for example, Ukraine Finds Its Forces Are Ill Equipped to Take Crimea Back From Russia), but Russia's ability to project power and hold territory isn't so hot, either.
A knowledgeable correspondent submitted these observations:

Why Do People Believe Stupid Things?

corbettreport: From the official story of 9/11 to the drug war narrative to Omidyar's hope and change, people allow themselves to believe the most transparent lies and propaganda. But why? On this edition of the BFP roundtable, James Corbett, Guillermo Jimenez and Sibel Edmonds ask (and attempt to answer) the question of why people believe stupid things.
Posted by Angelo Agathangelou at 2:38 pm No comments: Links to this post 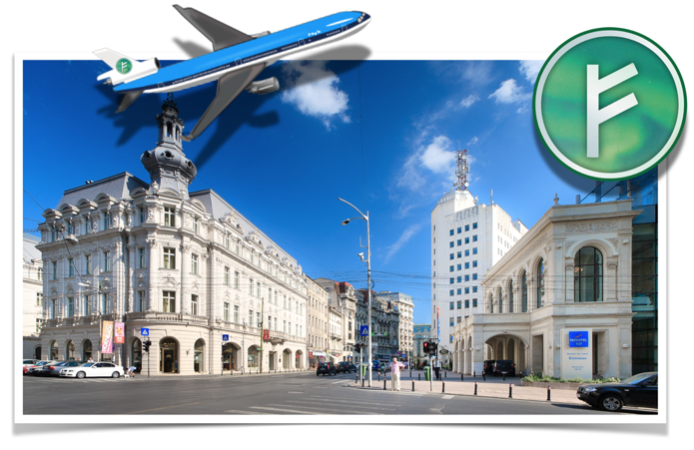 By Amith Nirgunarthy: What happens when a coding patriot wants to fight the government’s capital controls?

In Iceland, you can find the best answer from a programmer named Baldur Friggjar Odinsson. In his attempt to free the citizens from political intervention into the already corrupt financial system, he has created something which will hopefully redefine the entire currency system of Iceland.

Morris
Read more »
Posted by Angelo Agathangelou at 11:41 am No comments: Links to this post

By John Ward: A brief moment here if I may to return to the question of how tribalist division and denial make it easy for closet fascists to get their way. Make it easy, in fact, to hide malign intentions behind expressed good intentions.
Boris Johnson wrote a piece in the Daily Telegraph yesterday. In it, he referred to how ‘A child may be taken into care if he or she is being exposed to pornography, or is being abused – but not if the child is being habituated to this utterly bleak and nihilistic view of the world that could lead them to become murderers….This is absurd. The law should obviously treat radicalisation as a form of child abuse. It is the strong view of many of those involved in counter-terrorism that there should be a clearer legal position, so that those children who are being turned into potential killers or suicide bombers can be removed into care – for their own safety and for the safety of the public.’
BoJo is an instinctive self-publicist and propagandist, so he knows exactly how to get the thin end of the wedge under the door. First of all, he uses a hot topic (child abuse) to garner sympathy and gain attention; then he presents it as being so similar to Islamist radicalisation, any kid being radicalised should be taken into care. It is always the way: everyone needs a mad Dutch communist to be the culprit for a Reichstag Fire….everyone needs a Reichstag Fire to bring in an Emergency Powers Act.

Read more »
Posted by Angelo Agathangelou at 7:11 am No comments: Links to this post

Divorce: What They Aren't Telling You!

Stefan Molyneux: More money flows through the family courts, and into the hands of courthouse insiders, than in all other court systems in America combined. The documentary (exposé) "DivorceCorp" looks at the business of divorce and business is booming.

Read more »
Posted by Angelo Agathangelou at 4:57 am No comments: Links to this post 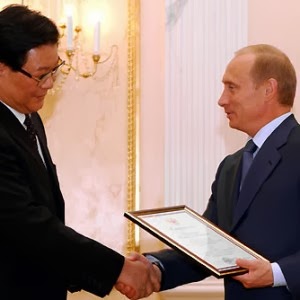 By Michael Snyder: So much for "isolating" Russia.  The Chinese government is publicly siding with Russia on the crisis in Ukraine, and that is very bad news for the United States MIC.  Not only does it mean that the U.S. is essentially powerless to do anything about the situation in Ukraine, it also means that Russia and China are starting to understand how much economic leverage that they really have.  Yes, the Obama administration can threaten to slap "sanctions" on Russia or threaten to kick Russia "out of the G8", but those actions would not actually hurt too much.  On the other hand, Russia and China hold approximately 25 percent of all foreign-owned U.S. debt, and if they started massively dumping U.S. debt it could rapidly create a nightmare scenario.  In addition, it is important to remember that Russia is the largest exporter of natural gas and the second largest exporter of oil in the world.  And China now imports more oil than anyone else on the planet does, including the United States.  If Russia and China got together and decided to kill the petrodollar, they could do it almost overnight.  So when it comes to Ukraine, it is definitely not the United States that has the leverage.

If China and the rest of the world abandoned Russia over Ukraine, that would be one thing.  But that is not happening at all.  In fact, China has chosen to publicly stand with Russia on this issue.

Read more »
Posted by Angelo Agathangelou at 3:44 am No comments: Links to this post

Paul Elam: Emily Matchar of the New Republic recently did a piece on the Men's Human Rights Movement. She got enough wrong to piss off some MHRAs. She got enough right to piss off Jessica Valenti. So in the end, it certainly was not the worst piece ever done on the movement.