By Jeff Berwick: As I write this, the European Union has just announced a possible $15b aid package to the Ukraine (including 8 billion euros in fresh credit). Everybody has read the headlines about Europe: record unemployment, no end in sight, and so on. So you might be wondering just where the European Union, and its' constituent nations, scrapped together the money to propose aid for the Ukraine. Well, wonder no more, because the following eight events might give you an idea of where governments go to get a little extra cash.

1. In March, 2009, Ireland seized €4bn from its Pension Reserve fund in order to rescue its banks. In November 2010, the remaining savings of €2.5bn was seized to support the bailout of the rest of the country.


2. In December, 2010, Hungary told its citizens that they could either remit their private pension money to the state or lose their state pension funds (but still have to pay for it nonetheless)
3. In November, 2010, the French parliament decided to earmark €33bn from the national reserve pension fund FRR to reduce the short-term pension scheme deficit.
4. In early January 2011, $60 million in private retirement funds were transferred to the state's pension scheme in Bulgaria.  They wanted to transfer $300 million, but were denied on their first attempt
5. In the Spring of 2013 Cyprus took it a step further and outright confiscated up to 50% of the funds from bank account holders in that country.

Read more »
Posted by Angelo Agathangelou at 11:24 pm No comments:

Put Down That Gun, Lady 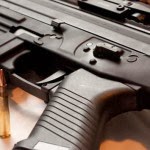 By John Hembling (JtO): Ladies, I have a question for all of you. In fact, this question is a big bigger than just me, casting about for an answer. It’s a serious question, and needs a real answer. Indeed, it’s a question other men in your life deserve an answer to, as well. However, unless any of the men in your life are MRAs (wouldn’t you be lucky) then the non MRA men in your life are, in all probability not only too terrified to ask you, they are too terrified to even conceive of the question. Nevertheless, they deserve a real answer from you.
The question, ladies, is what are you doing about the gun in the room?
Of course this question by itself is going to need some unpacking. A vast majority of you ladies, when asked this question are likely to respond with some variation of “what gun?”
This is the metaphorical “gun” of proxy violence placed by the consensus of our culture in the hands of women, and pointed by that same consensus; squarely at men in any interaction they have with you, ladies.
The fact is that a woman can, by speaking a few words, summon violence in the form of police or other chivalry-practicing men. The simplest is an accusation of rape, or sexual assault. Downgrading the scale of possible response, sexual harassment, and so on. In our culture, this is a reliable method to summon and pointing that gun which every woman brings to every conversation with a man. There are some consequences to frivolous use of the gun, but compared to the consequences to the man, the fallout is minor.
In addition to this reality, even without an overt initiation of violence by proxy, an entire cast of characters will enact violence and coercion against men, on women’s behalf, with no direct initiation by those women. Chivalry-practicing men, officers of the courts and family courts, social services employees and many other functionaries will, with even half justified reasoning destroy any man if it can plausibly be justified by the claimed fear of a woman perceived to be under threat.

WHAT DIVORCE DOES TO MEN + MGTOW or MGPUA? - TAKE THE GREEN PILL! + FATHERS PAYING FOR KIDS THAT AREN'T THEIRS!

Christine Lagarde, The Most Powerful “Yes-Woman” 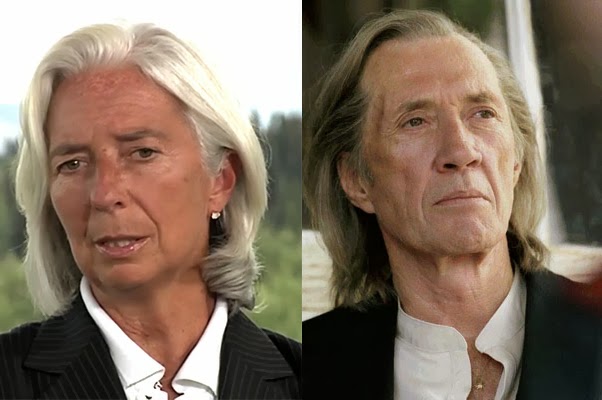 By Don Quijones, Raging Bull-Shit: I would like to begin with a big, fat caveat: Today being International Woman’s Day, it may seem more than coincidental that I’ve decided to write about one of the most powerful women in the world – but I swear on all I hold dear that that’s all it is: a coincidence. I began researching for and writing this article well over a week ago, completely unaware that today, Saturday March 8th, would be International Women’s Day.
It wasn’t until my dear wife, La Doña Q, raised the issue late last night that I began wondering whether this was even a good idea. Perhaps I should hold it back and knock out a quick piece on an entirely different issue? But then I thought, “Why?” After all, what better day than this to publish a piece highlighting the terrible damage that one of the world’s most influential women is doing to vulnerable women (children and men) around the world?
One of the reasons I set up this humble little blog was to try to expose the harm that people in extreme positions of power have inflicted on communities across the globe. Invariably those people have been men, for the simple reason that this world remains very much a man’s world, governed by man’s rules.
The result, unfortunately, is that many of the women that have broken through the fabled glass ceiling have had to do so not by bringing their feminine qualities to the fore, but by out-manning the men. Margaret Thatcher famously underwent voice training to cultivate a lower-pitched, more masculine voice. And as the New Statesman revealed in 2003, some British female politicians have even gone so far as to use testosterone implants to “beef up” their image in the macho world of politics.

Read more »
Posted by Angelo Agathangelou at 5:37 pm No comments:

Father and Child Anguish: “Daddy, Why Are You Crying?” 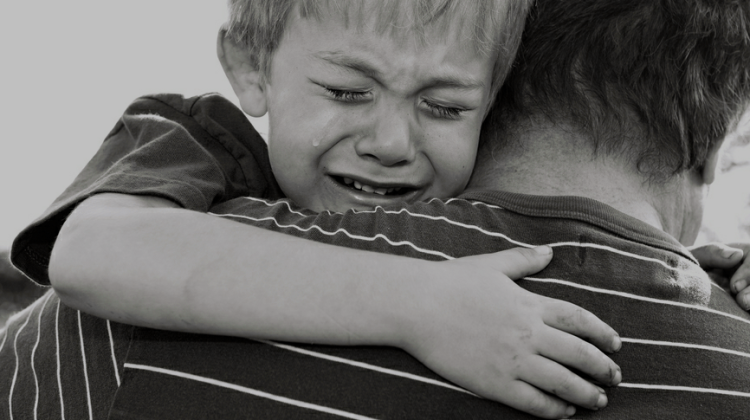 By Randy Macanahaugh (aka Subman): This is a true story.
When my son was born, he was probably the ugliest baby I had ever seen. I know that sounds terrible, but it’s true. Still, I was very happy about his arrival and participated in his feeding, changing, bathing, and play time. I was working 40-45 hours a week in a field service industry. I traveled from location to location performing maintenance and repairs on equipment.
I would get home and participate in my son’s evening activities. My wife at the time had another child from a previous (but very brief) marriage. My son’s half-sister is only 2 years older than my son, and so I had previous “baby experience”. Both children enjoyed “daddy time” rolling around on the living room floor, watching “A Nightmare Before Christmas,” several dozens of times (on VHS by the way), and having me read to them in the recliner. It was exhausting but very satisfying as I’m sure many parents can attest.
Before my son turned two my work and then marital situation began to deteriorate. Sometimes things happen where a company isn’t performing well in the market and needs to “downsize”. This is exactly what happened in my case. I was “let go.” Along with the loss of the job came a loss of the company vehicle which I had been using (as allowed at the time) for personal errands. It was also the only vehicle we had at that time. I picked up a fairly cheap used vehicle and found a new job at a single facility about 25 miles from the house, but making less than I was before. With a family to support, I had to take what I could get.

Read more »
Posted by Angelo Agathangelou at 4:34 pm No comments:

"New Cold War." The Enemy of My Enemy

corbettreport: We've seen the rollout of the MSM propaganda using over-the-top hyperbole and flat-out lies to try to demonize Russia in the lead up to the "new cold war." But is this just part of the dialectic, trying to get us to buy into one side or the other in a rigged game? Should we devolve into mere spectators choosing sides in a squabble between #TeamObama and #TeamPutin? Join us this week on The Corbett Report as we explore whether the enemy of our enemy is indeed our friend.

Read more »
Posted by Angelo Agathangelou at 11:33 am No comments:

The Definition Of Feminism + Feminists Why?

AlyssMajere: So here I present to you the Wikipedia definition of feminism and then the definition translated.

bane666au
Posted by Angelo Agathangelou at 5:54 am No comments:

Max Keiser and Stacy Herbert discuss those who live by the fraud, dying by the fraud as fraud is deployed to cover up fraud thus causing more fraud.

By Robert Franklin: Big name feminists are about to fall on their faces in the Marissa Alexander case, if they haven’t already done so.  President of the National Organization for Women, Terry O’Neill and president of NOW’s Florida affiliate, Donna Slutiak, are calling for the resignation of Jacksonville prosecutor Angela Corey.  Her offense?  Corey has refiled charges against Marissa Alexander who was convicted in 2011 of multiple counts of aggravated assault with a firearm.  Here’s the latest (WTXL, 3/6/14).  And here’s a good summary of the case (Media Trackers, 7/16/13). 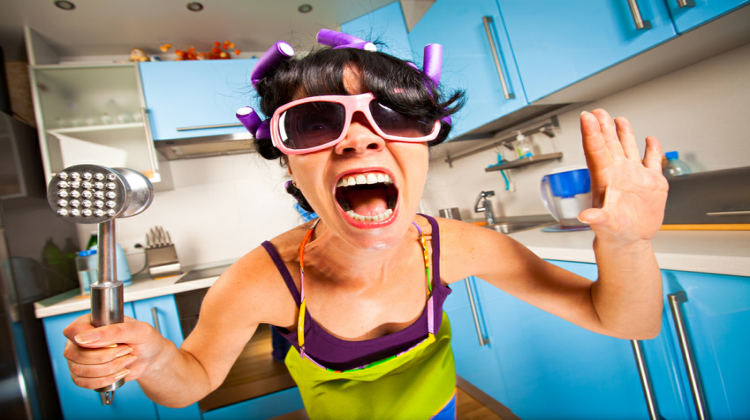 What’s knotted NOW’s knickers?  As you might guess, Alexander claims she should be acquitted of her crime because she was defending herself against a violent boyfriend.  Of course she’s reading directly from the feminist script, so O’Neill and Slutiak have gone to bat for her.  Here’s the whole of their press release on the matter.


“The Office of State Attorney Angela Corey will seek to put Marissa Alexander in prison for 60 years if she is convicted for a second time. Alexander was previously sentenced to 20 years for firing a warning shot at her abusive husband in Jacksonville, FL. Her conviction was overturned on appeal, but State Attorney Angela Corey wasted no time refiling the same charges and a retrial is scheduled to begin July 28.

Read more »
Posted by Angelo Agathangelou at 2:47 am No comments:

Bitcoin: The Psychology of Money - Stefan Molyneux speaks at the Texas Bitcoin Conference

Stefan Molyneux: What does psychological research reveal about people's perception of money and value? What mental barriers do Bitcoin adoptees need to overcome to help others welcome the new paradigm? Stefan Molyneux, host of Freedomain Radio, brings the latest scientific insights into the psychology of money and value to bear on the challenges of evangelizing Bitcoin to the masses!
Posted by Angelo Agathangelou at 1:27 am No comments:

RT: George Galloway MP condemns Boris Johnson's cheap anti-family, islamophobic and xenophobic fear mongering after Johnson called for children to be lawfully 'taken into care' by the state.
Posted by Angelo Agathangelou at 12:22 am No comments: