MGTOW Talks: MGTOW, The Mind And The Future Of Humanity

ThinkingApe-TV
Posted by Angelo Agathangelou at 11:32 pm No comments: Links to this post

"Ban Bossy"- Why 'Feminism' Poisons EVERYTHING - Part 2 + BAN BOSSY AND REPLACE IT WITH BITCHY!

Thunderf00t: 'Ban Bossy' has to be one of the mostly poorly thought out campaigns ever. The basic premise is that women lose interest in leadership because they get called bossy when they are children. However if your ambitions of leadership can be destroyed simply by being called bossy, where you ever leadership material in the first place? Secondly, for some reason, they think that women are weaker than men as it being called bossy only destroys the ambitions of women???? If I said something like that, you can imagine the flak I would get!

The Genius of Erasmus 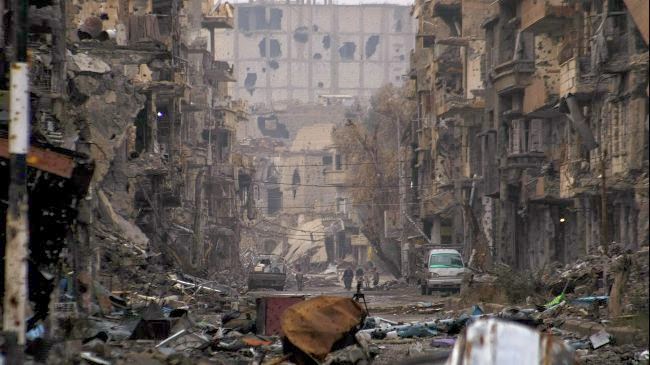 Desiderius Erasmus Roterodamus, who lived from October 27, 1466, to July 12, 1536, faced censorship in his day, and has never been as popular among the rich and powerful as has his contemporary Niccolò di Bernardo dei Machiavelli.
By David Swanson: But at a distance of half a millennium, we ought to be able to judge work on its merit -- and we ought to have regular celebrations of Erasmus around the world.  Some of his ideas are catching on.  His name is familiar in Europe as that of the EU's student exchange program, named in his honor.  We ought perhaps to wonder what oddball ideas these days might catch on in the 2500s -- if humanity is around then.

In 1517, Erasmus wrote The Complaint of Peace, in which Peace, speaking in the first-person, complains about how humanity treats her. She claims to offer "the source of all human blessings" and to be scorned by people who "go in quest of evils infinite in number."

Feminism’s credibility problem is growing.
By John Hembling (JtO): It was always there. It was always going to get bigger. And now, for the die-hard fans of that particular cult of gender, hatred, violence-by-proxy and self-selecting phony victimhood, even for the self-identifying feminists it’s getting harder to ignore.
Rape culture? Are you fucking kidding me? Of course, campus feminists have been driving our culture’s social narrative with a made-up statistic claiming 1 out of every 4 female college students is being raped.
You can visit the gender studies web page of almost any major university for this nugget of so-called reality.
According to the Sexual Assault Centre of Hamilton Ontario: “1 in 4 women will be sexually assaulted.”
Roger Williams University repeats the 1 in 4 statistic and, in an effort to bolster the legitimacy of the claim, includes a citation of the original debunked Mary Koss “study”.
Apparently, whatever young gender studies acolyte updated the RWU facts page wasn’t aware that linking to the Koss study, well-know for it’s fraud would not increase believability of the claim.

Shielding Yourself From Tomorrow

Stefan Molyneux
0:00 - Shielding Yourself From Tomorrow
1:21:30 - The Toxic Hazard of Avoiding Responsibility
2:37:04 - Teaching a Starving Man to Fish
2:55:36 - The Failure of Non-Violent Communication / Peter Joseph and The Zeitgeist Movement 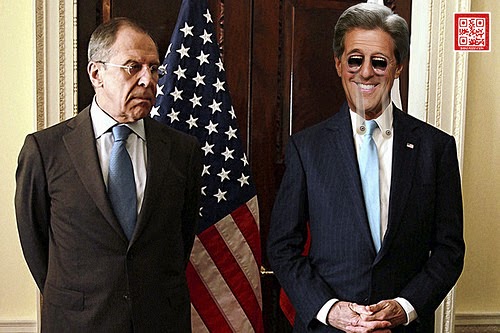 By Wolf Richter: Another warning shot was fired before an all-out assault on the dollar system begins. This time, an official shot: Alexey Ulyukaev, Russia’s Minister of Economic Development and former Deputy Chairman of the Central Bank, fired it. It was a major escalation, Valentin Mândrăşescu, editor of The Voice of Russia’s Reality Check, told me from Moscow.
Last time, it was Sergei Glazyev, an advisor to Vladimir Putin who’d fired the shot. But he wasn’t a government official. “Anonymous sources” at the Kremlin claimed he wasn’t speaking for the government. As Mândrăşescu reported in his excellent article, From Now On, No Compromises Are Possible For Russia:

From the economic point of view, everyone should get ready for tough actions from Moscow. Sergei Glazyev, the most hardline of Putin’s advisors, sketched the retaliation strategy: Drop the dollar, sell US Treasuries, encourage Russian companies to default on their dollar-denominated debts, and create an alternative currency system (reference currency) with the BRICS and hydrocarbon producers like Venezuela and Iran.

Unlike radical-sounding Glazyev, Ulyukaev is part of Dmitry Medvedev’s Cabinet.

Is the Deep State Fracturing into Disunity?

By Charles Hugh Smith: I recently discussed the Deep State and "throwing Wall Street under the bus" with my friend and colleague Jim Kunstler.
When we speak of The Powers That Be or the Deep State, this ruling Elite is generally assumed to be monolithic: of one mind, so to speak, unified in worldview, strategy and goals. 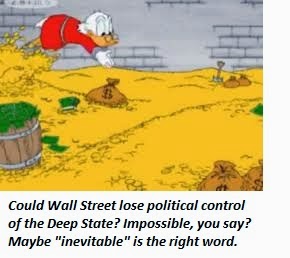 In my view, this is an over-simplification of a constantly shifting battleground of paradigms and political power between a number of factions and alliances within the Deep State. Disagreements are not publicized, of course, but they become apparent years or decades after the conflict was resolved, usually by one faction winning the hearts and minds of decision-makers or consolidating the Deep State's group-think around their worldview and strategy.
History suggests that this low-intensity conflict within the ruling Elite is generally a healthy characteristic of leadership in good times. As times grow more troubled, however, the unity of the ruling Elite fractures into irreconcilable political disunity, which becomes a proximate cause of the dissolution of the Empire if it continues.
Read more »
Posted by Angelo Agathangelou at 11:19 am No comments: Links to this post

By Michael Krieger: So Bill Gates recently gave an interview to Rolling Stone magazine. The vast majority of the interview focused on his philanthropic efforts, with a particular focus on poverty and climate change. However, several questions were brought up on illegal NSA surveillance in general, and Edward Snowden in particular.
His answers reveal one of the biggest problems facing America today, which is the fact that the billionaire class as a whole does not question or rock the boat whatsoever. They criticize only when it is convenient or easy to do so, never putting themselves at risk for the sake of civil liberties and the Constitution.
In mosts cases, this is due to the fact that they themselves are the characters pulling the strings of the political class in Washington D.C. So when it comes down to it, their policies ultimately become our policies. It is also important to note that Microsoft was a particularly eager participant in NSA spying from the very beginning. For example, according to the following PRISM slide provided by Edward Snowden, we see that Gates’ company was the first to become involved. In fact, they were participating a full six months before Yahoo!, while Apple didn’t join until a year after Steve Jobs died.

Goading, Trolling, Erasing, Monitoring And Other Animals Designed To Murder The Truth Forever

By John Ward: I’ve noticed a significant change among the Forces of Darkness over the last 4-5 weeks, and I can’t believe it’s just me spotting it. I’ve dubbed it ‘goading’.
It’s more subtle than most trolling, and much harder to spot than ‘spam-praise’. But it does appear in the comment threads. The email addresses look genuine, and the entries are quite well written. The format, however, rarely changes.
There is an opening bit arguing that the point one is making may well be true. This is followed by a degree of impassioned rage at what “they” are up to. Finally, the pay-off line is ‘here’s a link to more evidence’. This turns out to be a site (to date, its always a different one) in which one article is linked…..making a strong allegation against somebody or about something. The comment ends with something like ‘would love to see your take on this’.
I rumbled it five weeks ago when I penned a private email reply thanking the commenter for her/his opinion. The email address bounced my billet doux straight back. It later transpired that the address was a clever fake. Last night, when it happened for the seventh time, I decided this was too much of a coincidence. I’d arrived back after a large dinner and was tired, but saw the latest goad. I replied and, hey presto, it bounced back.
I then went back to the links, and checked them out. They ranged from dodgy to believable. Waking this morning and applying the Overnight test, I very much doubt the ‘more evidence’ posts have any validity. I think probably two things are going on here: first, an attempt to push bloggers into defamation; and second, an attempt to generate publication which can then be vilified as nonsense.

Terrence Popp: If you are a father of 3 or more children, the American Association of Blood Banks says there's a 33% chance that one of them is not yours. Did we get your attention? Let us begin.

Read more »
Posted by Angelo Agathangelou at 6:10 am Links to this post

Vihart: Sorry, Pi lovers! Maybe pick a better favorite number next time?
Posted by Angelo Agathangelou at 4:09 am No comments: Links to this post

The Sane Madman 103: Stand tall for Men's/Father's Rights!!!!!
Angelo: Laudable means deserving praise and commendation, perhaps misinterpreted here, but then if the father was excluded the judge's words are merely a mind control pacifier as actions speak louder than words. Is the father right to be angry? We seem to forget the crucial fact that growing inside mother's body is a part of father's body. Yes, TSM103 is right to be upset. He is angry, he is confused but his instincts point to the truth.

Read more »
Posted by Angelo Agathangelou at 2:48 am No comments: Links to this post