The US, The EU, UKRAINE & A Global Gamechanger Called 3D Graphine Printing 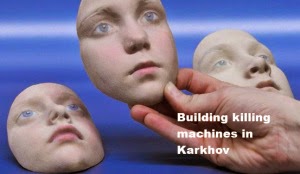 The mysterious American Graphite Technologies, and the EU’s €2bn BHR project: A special Slog investigation
By John Ward: I’m on the record over many years as saying that futurology is mainly bunk, because gamechangers do not appear as part of linear quantitative change….they zoom in from behind the one cloud in a blue sky. One such  development about which I blogged in June last year is graphene, and its relevance to the EC’s Human Brain Project (HBP) being developed at the cost of €2billion in association with the US.  This is what I noted at the time:
‘I have been told in the last 24 hours that one major area of spend the HBP’s sponsors are less willing to talk about is advanced robotics. What are being increasingly referred to in such circles as soft body robots. Or put another way, alternative humans.

Read more »
Posted by Angelo Agathangelou at 10:05 pm No comments:

Men Are Good!: Join us for a high stakes quiz show about Sexual Assault on campus. Respondents include President Obama and VP Biden. Watch as the White House misinformation is debunked and the truth about Sexual Assaults on campus comes into focus. We are living in an age where stats are grossly inflated in order to push ideologies and myths.

The 1 in 5 myth is just one of many myths that we now live under. Feminists have made a career out of creating myths with catchy phrases and numbers, tied themselves to the railroad tracks in front of the legislators and watched as congress and the media fought to white knight themselves and come to the rescue. All the while huge bureaucracies are erected that have enormous budgets. This has left us with a lop-sided culture that caters to women and girls but refuses to see the pain of men and boys.

Read more »
Posted by Angelo Agathangelou at 9:02 pm No comments: 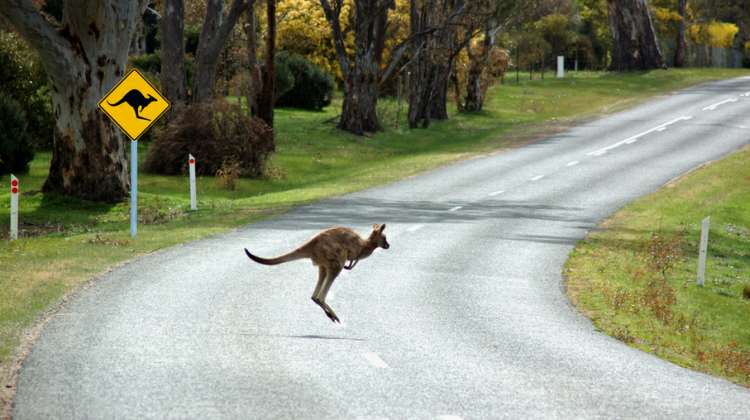 By Mark Hallburn: I moved to West Virginia, in April of 2000 after marrying Dolores Martin, a woman who was in bankruptcy and stopped her college education-midway–but a woman who professed to be a Christian and who, I saw, was a loving, Godly, family-oriented woman with huge potential.
Fifteen years after we married, (August 29, 1998, we lived in San Diego County before 2000) Dolores divorced me after I helped put her through college, helped her get a teaching credential and masters degree, helped remodel her home (she failed to keep the promise to put me on the deed) stood by her through five miscarriages and a stillborn, and fathered a child that she admitted, under oath, was brought into the world years AFTER she knew the marriage was over. (The courts are letting her get primary custody of our son-anyway!)
What am I getting in return for my love and loyalty? Judge Michael J. Kelly has limited my parenting time to every-other-weekend, with no overnights, has me paying her attorney fees, child support, and won’t let Matthew leave the state to visit my father, in California, where he lives with severe health problems that won’t allow him to travel to West Virginia.
It’s even worse.

Cyprus STILL Has “An Emergency Situation” And Capital Controls - For Your Own Good? 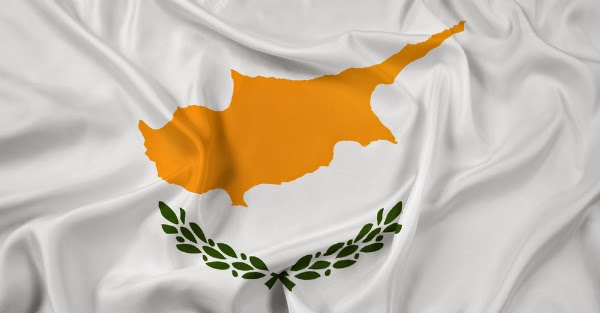 By Simon Black: Santiago, Chile - Imagine that your country and banking system are so broke that you have to receive approval from a special committee just to send your own money to your kids who are away at university… Crazy, right?
But that’s exactly what’s going on in Cyprus. And it all happened overnight.
Just over a year ago, people across Cyprus went to bed thinking everything was just fine. They woke up the next morning to a brand new reality: their government AND their banking system were flat broke.
In collusion with other European powers, the Cypriot government FROZE bank accounts across the country. Suddenly an entire nation had no access to their savings.
The government spent weeks bickering about whose funds they were going to confiscate in order to bail out the banks… all the while maintaining the freeze.
Finally they made a decision: wealthy people would have their funds seized.
But this wasn’t a victory for everyone else… because simultaneously the government announced a flurry of severe financial restrictions.
Sure, people could log on to a bank website and see an account balance.
But it was nothing more than a number on a screen. It didn’t mean the banks actually had the money. Nor did it mean they were free to access their own funds.

Read more »
Posted by Angelo Agathangelou at 6:47 pm No comments:

Max Keiser and Stacy Herbert present "To frack or not to frack? That is the question you will NOT be asked!" They look at proposed changes to the trespass laws in the UK which will allow companies to frack under private property without seeking permission and in exchange for £100.

Read more »
Posted by Angelo Agathangelou at 5:41 pm No comments: 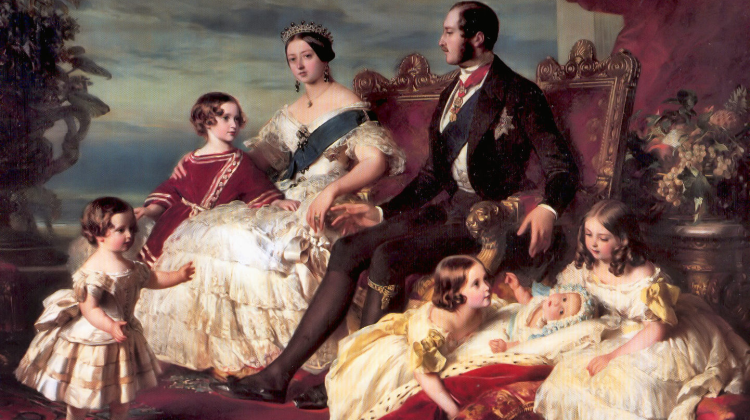 By Hugo Platero: What is rape culture? We know it is a concept widely used by feminists and pro-feminists as a way to blame men and masculinity for allegedly creating an environment of beliefs and moral standards that encourage rape. It is, clearly, a mechanism to cast all men as culprits for rape perpetrated (criminally and sometimes also pathologically) by some.
Questioning “rape culture” from the statistical perspective is very simple. This task has been performed quite efficiently by RAINN (Rape, Abuse & Incest National Network), the largest network tackling sexual violence in the USA. However, what I intend to question goes beyond statistics, which can be interpreted and reinterpreted according to the taste of the analyst and his or her theoretical-methodological preferences and references.
In this text I intend to start a reflection on why “rape culture” is a credible concept in the first place? What makes this concept accepted by politicians, intellectuals, national newspapers, men, etc.? What makes this concept popular without major criticisms of it? Obviously there is a practical dimension of its popularity: the militant feminist movement. Nevertheless, we know that there must be something in the concept of “rape culture,” something that makes it believable, since the feminist movement, no matter how much activism and people involved, is not always successful in putting forward their agendas to the public. See, for instance, the case of abortion; despite all the activism, they can’t create a credible concept endorsed by the majority of people [in Brazil] and the issue does not emerge in social networks without being massively attacked.

Read more »
Posted by Angelo Agathangelou at 2:20 pm No comments:

Paul Elam: Interview with Alison Tieman and Ishmael N. Daro of Canada.com - April 7 2014 regarding the recent Canada-wide "Don't Be That Girl" postering campaign.

Read more »
Posted by Angelo Agathangelou at 10:56 am No comments:

"They lie through their teeth."
corbettreport: We are taught all our lives that our modern political systems are "by and for the people." In order to justify taking us to war, then, our misleaders have to convince us that war is not a racket, as General Smedley Butler revealed, and is not for the benefit of the industrialists who sell the munitions or the politicians in their back pocket or the financiers that own them both, but in the interest of the average man or woman. In other words, they lie through their teeth.

Read more »
Posted by Angelo Agathangelou at 5:07 am No comments:

RT: WikiLeaks has published what the anti-secrecy organization says is the penultimate draft agreement expected to be discussed later this month in Brazil at a global internet governance meeting co-hosted by 12 countries including the United States.
The 11-page document published on Tuesday by the secret-spilling website is based on the recommendations submitted by more than 180 international contributors who cared to weigh in with their take on how they think the internet and its infrastructure should be governed ahead of a conference on the matter scheduled to be held in Sao Paulo, Brazil April 23-24.
According to the draft published by WikiLeaks this week and dated April 4, the committee tasked with preparing for the upcoming Global Multistakeholder Meeting on the Future of Internet Governance — or NETmundial — are concerned about the impact that government-sanctioned surveillance is having on the privacy of the planet’s web-connected population and the infrastructure of the internet, as well as the repercussions being brought to light as cyber-weapons continue to be waged between adversarial states around the world as warfare remains a central yet shadowy activity within the digital realm.
The meeting, the conference website reads, “[W]ill focus on the elaboration of principles of Internet governance and the proposal for a roadmap for future development of this ecosystem,” and “represents the beginning of a process for the construction of such policies in the global context, following a model of participatory plurality.”

Read more »
Posted by Angelo Agathangelou at 2:15 am No comments: 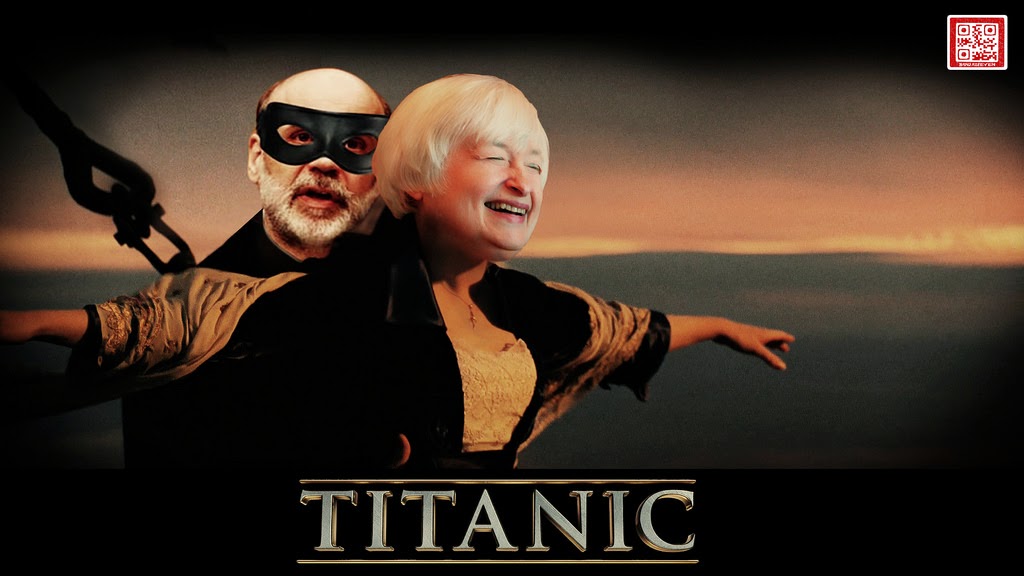 By Michael Snyder: Sometimes I think that I sound like a broken record.  I am constantly using phrases such as "get prepared while you still can" and "time is running out".  In fact, I use them so often that people are starting to criticize me for it.  But the truth is that only a small percentage of people out there are actively taking steps to get ready for what is coming.  Most of the country is not prepared at all.  In many ways, it is just like 2007 all over again.  There were many people that could see what was about to happen and were doing all they could to warn people, but most did not listen.  And then the great financial crisis of 2008 struck and millions of people lost their jobs and their homes.  Unfortunately, the next great wave of the economic collapse is going to be even more painful than the last one.  It is imperative that people get prepared for what is on the horizon, but for the most part it is just not happening.
A lot of it has to do with the fact that we have such short memories and such short attention spans in America today.  Thanks to years of television and endless hours on the Internet, I find myself having a really hard time focusing on anything for more than just a few moments.  And we are accustomed to living in an "instant society" where we don't have to wait for anything.  In such a society, we are used to "news cycles" that only last for 24 hours and very few people take a "long-term view" of anything.
And another one of the big problems that we are facing is something called "normalcy bias".  The following is how Wikipedia defines it...