Thousands of Greeks have taken to the streets in the capital Athens to protest German Chancellor Angela Merkel’s visit to their country. 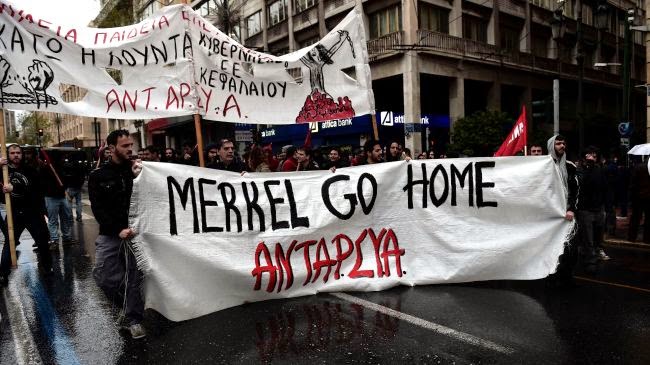 Orwellian UK BANNED Press TV: The angry protesters staged a rally on Friday to blame Merkel for the tough austerity measures being imposed on them.


"We want her out! And when she goes she should also take the Greek government with her, because they betrayed us. They sold us out to Germany," said Roula Darzakou, a 48-year old housewife, adding, "We want our country back, we don't want her money."

Over 7,000 police officers were stationed on the streets of the capital to keep rallies under surveillance. In addition, public protests were banned in the areas in which she moved.
Merkel, who arrived in Greece earlier in the day, claimed that tough austerity measures would have a bright future in store for Greece.
She also said that Greece's economic reforms are paying off. However, she warned that the country still has a long way to go to completely overhaul its economy.
Meanwhile, the main opposition leftist Syriza party issued a statement, criticizing the visit and the Greek government.
"Merkel visits Athens to praise the government's destructive work and make sure that austerity continues," the statement said. 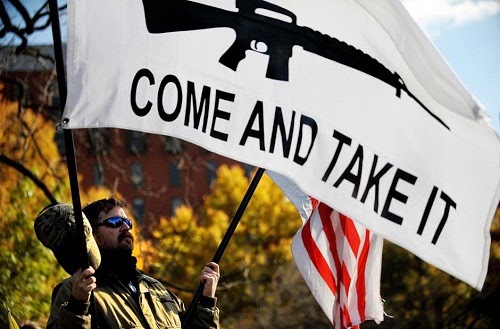 By Brandon Smith: Despite popular belief, every culture of every nation draws a line in the sand against government tyranny. The problem is, many draw this line so close to total defeat that it rarely matters. For the Jews of the Warsaw Ghetto, for instance, it wasn't until the Germans had already herded millions onto railroad cars destined for death camps and cornered the rest into dilapidated central housing that the ZOB resistance was formed, only to be wiped out a month later. Perhaps hindsight is 20/20, but clearly too many freedom movements throughout history waited too long to respond to the trespasses of oligarchs.
The Founding Fathers frequently struggled with the proper measure of resistance. Many colonials wanted vengeance on the British after the Boston Massacre in March of 1770, but patriots knew that the timing was not right. The battle to rally citizens to the cause and to educate the masses as much as possible on the facts took precedence over the desire to enter conflict. The Founders endured five more years of British government criminality until nearly 80 farmers and militiamen stood outnumbered on Lexington Green on April 19th, 1775 to confront an army of 700 British regulars on a mission to capture rebel leaders and destroy weapons caches. No one knew at the time that the war would be sparked that day, but everyone knew that a fight was inevitable and near.

Read more »
Posted by Angelo Agathangelou at 10:22 pm No comments: Links to this post

Is All PIV (Penis In Vagina) Rape? How About DIV?

AlyssMajere: Are tampons rape? The feminists that believe this need to realize that being this ridiculous on such a serious issue is only detrimental to people who have actually been raped.
Posted by Angelo Agathangelou at 6:20 pm No comments: Links to this post

Sargon of Akkad: This is terribly important news. Yes, this was in the news. The Patriarchy creates more first-world problems for feminism, feminism fights back but is defeated by reality. Men continue taking up too much space for feminist's liking.

Read more »
Posted by Angelo Agathangelou at 5:20 pm No comments: Links to this post

Is The US Or The World Coming to an End? 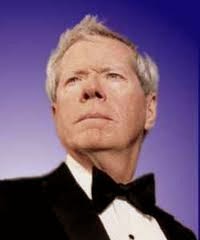 It will be one or the other
By Paul Craig Roberts: 2014 is shaping up as a year of reckoning for the United States.
Two pressures are building on the US dollar. One pressure comes from the Federal Reserve’s declining ability to rig the price of gold as Western gold supplies shrivel and market knowledge of the Fed’s illegal price rigging spreads. The evidence of massive amounts of naked shorts being dumped into the paper gold futures market at times of day when trading is thin is unequivocal. It has become obvious that the price of gold is being rigged in the futures market in order to protect the dollar’s value from QE.
The other pressure arises from the Obama regime’s foolish threats of sanctions on Russia. Other countries are no longer willing to tolerate Washington’s abuse of the world dollar standard. Washington uses the dollar-based international payments system to inflict damage on the economies of countries that resist Washington’s political hegemony.
Russia and China have had enough. As I have reported and as Peter Koenig reports here. Russia and China are disconnecting their international trade from the dollar. Henceforth, Russia will conduct its trade, including the sale of oil and natural gas to Europe, in rubles and in the currencies of its BRICS partners.
This means a big drop in the demand for US dollars and a corresponding drop in the dollar’s exchange value.

Read more »
Posted by Angelo Agathangelou at 3:44 pm No comments: Links to this post

State Of Palestine Can Accede To Geneva Conventions: Bern

The Swiss government says it has accepted Palestinians’ application to join the Geneva Conventions governing the rules of war and military occupations. 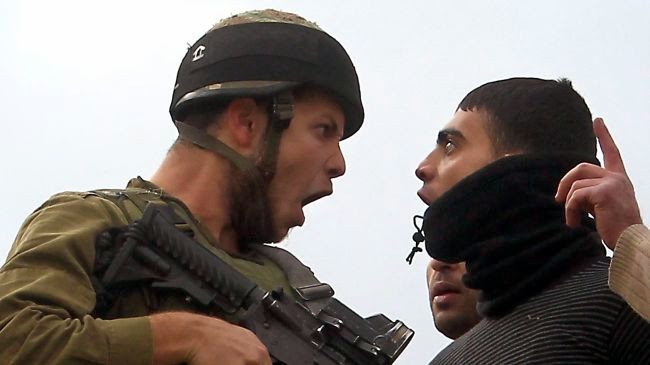 Read more »
Posted by Angelo Agathangelou at 2:41 pm No comments: Links to this post

Debt Is About Control - The BBC Sucks O Cocks News

"Debt is about control.. Debt is an asset to be sold
..you are that asset"
The Artist Taxi Driver

Posted by Angelo Agathangelou at 11:39 am No comments: Links to this post

A MHRM Handshake in Passing + Why is NPR so Sexist? 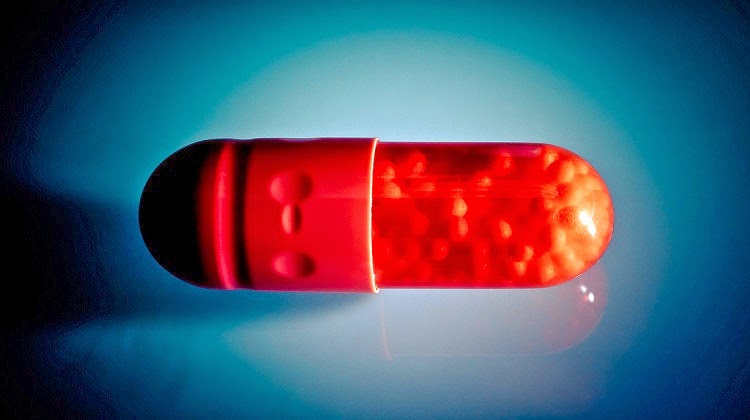 By Victor Zen (Sage Gerard): Good things come from having more participants in a global discussion.
The MGTOW movement’s exponential growth hit a new milestone at the founding of mgtow.com, a one-stop station on the information superhighway with a route leading only where the visitor wants to go.
In case any of you happen to have been comatose in the past couple of years, MGTOW stands for “Men Going Their Own Way,” and it refers to a group of individuals who decided that their lives are their own, and no one else’s. It is not my intention to offer an exact definition of what makes a MGHOW (Man Going His Own Way), but one sentiment in MGTOW holds true: A man is his own boss.

Low interest rates in the US and Greece are not a sign of recovery, but a warning of permanent stagnation, creating the potential for future ﬁnancial instability

By Jeremy Warner: It is now nearly seven years since the start of the ﬁnancial crisis, yet despite growing evidence in America and Britain of a return to relative normality, something remains profoundly broken at the heart of the world economy. One manifestation of this – much discussed among the ofﬁcials, ﬁnance ministers and central bankers gathered in Washington this week for the spring meeting of the International Monetary Fund – is the persistence of unnaturally low interest rates.
Sometimes, economic developments creep up on you almost unawares – and then, all of a sudden, they are the established reality. One such phenomenon is now almost universal: even in Spain, long-term rates have fallen to the point where they are almost as low as in the US – a dramatic turnaround given that as recently as two years ago, yields on Spanish government bonds were off the scale over fears of a sovereign debt default. Even Greece, so bad a basket case that most of its sovereign debt had to be written off, has this week been able to tap the markets for new money at rates of close to 5 per cent. Two years ago, Greek bonds were yielding six times that.
Optimists hail this change as evidence that Europe is ﬁnally out of the woods. To some degree this is true. A series of 11th-hour interventions by the European Central Bank (ECB) – at just the point that it looked as if it was all over for the beleaguered euro – have succeeded in calming the crisis. But it is also indicative of a much more worrying possibility: the emergence of a permanently low-growth, low-inﬂation, or even deﬂationary world.

Read more »
Posted by Angelo Agathangelou at 8:49 am No comments: Links to this post

American Enterprise Institute: The gender wage gap came into focus this week, but not in the way the White House wanted.
A reporter asked about AEI's study showing that Obama administration female staffers make only 88% of their male counterparts' salaries. Christina Hoff Sommers examines spokesman Jay Carney's response in this premiere episode of her video blog, "Factual Feminist."

Read more »
Posted by Angelo Agathangelou at 2:08 am No comments: Links to this post

Brief History Of Feminism + This Is Feminism