By John Gormley: We know Facebook likes to ban Men’s Human Rights Activists for the tiniest things but lets feminists get away with advocating all sorts of hateful things that if it were reversed it would get us banned as “misogyny.”
So I wasn’t exactly surprised when I logged into my Facebook account 4 days ago and I see a “Log in” status.
I just know I’m in trouble again.
And sure enough, I’m suspended from Facebook, and was informed I now had 30 damn days to consider my “sins.”
I posted this link some months ago………. you can see clearly the woman in question was a gold digger (took a man for thousands of pounds and years of his life).
So I got a picture and put “Gold digger” on it, that got me a 30 day ban on facebook.
You can see it here:

Read more »
Posted by Angelo Agathangelou at 11:35 pm No comments: Links to this post

Are You An Elitist? Class Warfare And The New Nobility 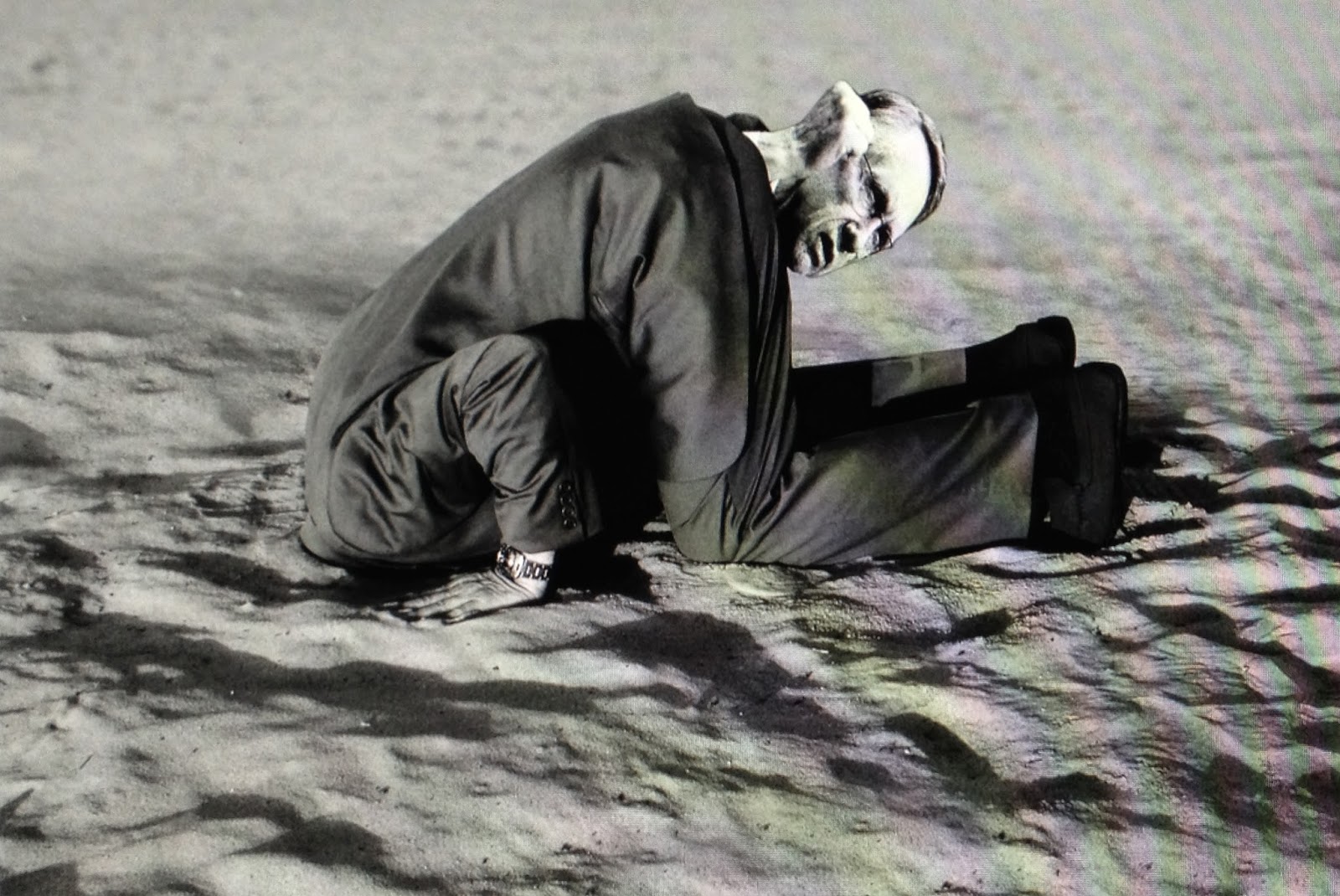 One of the easiest ways to put someone on the defensive in America is to accuse him/her of being an elitist. The power of this accusation derives from a complex mix of dynamics. At least one goes all the way back to the founding principles of the nation: a profound and abiding distrust of monarchy and landed nobility, and a well-grounded fear that democracy could be subverted and a new form of feudal monarchy returned to power.
It is increasingly clear that a new form of feudalism has indeed subverted democracy, and that the New Feudalism is powered by concentrations of private wealth and centralized state control: what I call the New Nobility.
Recall my Feudalism Corollary #1:

If the citizenry cannot replace a dysfunctional government and/or limit the power of the financial Aristocracy at the ballot box, the nation is a democracy in name only.

Max Keiser and Stacy Herbert discuss Americans as the big globalisation losers, though they refuse to admit it because they've bought Hot Tips from Losers. Meanwhile, in China, the middle class recognize the equally corrupt oligarchic system there also makes them losers, or, in their own words, pubic hair.

They Never Saw Me Coming: A New MHRA Tactic?

By Gary Costanza: Take heart my friends. While those “protesters” planned their disruption of the recent Fiamengo lecture at the University of Ottawa. Due to the ridiculous tolerance of the disrupters, they were successful; see it here.
I covertly FTSU! I waltzed into a feminist hornet’s nest, camera in hand, unannounced and unexpected–definitely unexpected, as these feminists rarely/never hear an opposing view—and upset their cozy world of smug arrogance and bigotry. I love doing that. Hundreds of these feminist propaganda events happen in every college campus with nary a contrary word until now. I attended the screening of the documentary “The Education of Shelby Knox” as part of a feminist film festival, with the subject of the movie in attendance to lecture and answer questions. I filmed the whole lecture as well as my reactions to her speech, feminism and men’s rights in general – SHE WAS SPEECHLESS! I blasted feminist BS such as the patriarchy, “rape culture,” and the war on women’s reproductive rights. I plan to attend one or more of these feminist film discussions and enjoying lunch on them, so expect some more FTSU! Here’s the video:

By George Rolph: On the last day of his life David Tate was under pressure. He was working long hours to try to pay his mortgage and provide for his wife and two children. He was tired all of the time. When he came home his wife was invariably angry with him because he was not, "Doing enough to help me with the children." He drove his car into the driveway of his house and switched off the engine. He sat for a while staring at the front door with dread, then he dragged his exhausted body from the vehicle and locked the door.
As soon as he got in the house he hung up his coat, put down his briefcase and picked up Susan, his five year old daughter, who had run to meet him as usual. They exchanged kisses and he carried her into the lounge and sat with her on the couch. As he read her a story from her favourite story book he stole glances at Simon, his seven year old son who was colouring in a picture while simultaneously watching the TV. Simon suddenly noticed his father was home and ran to him with the book to show off his work. David gave Simon words of encouragement and tousled his brown hair. He was proud of his kids. They made his job bearable.
David had no idea that he would be dead in less than four hours. If he had known the circumstances of his death at that moment he may have regarded the event with a welcome, even, longing relief.

Read more »
Posted by Angelo Agathangelou at 4:03 pm Links to this post

Mike Buchanan: Tony Stott has long been a valued supporter of J4MB and its associated campaigns. He has a particular interest in the issue of domestic violence ('DV'). For some time he's been leading an initiative challenging the DV legislation which the Welsh government plans to implement in 2014. The rest of this piece was written by Tony:
"DV is about intimate relationships and can be instigated by men, women, or both. It is gender-neutral as both men and women can suffer from and be responsible for DV in broadly equal measure. This simple humanity is supported by a huge body of international research and practical experience i.e. just two meta studies covering some 400,000 international subjects over many years demonstrate that women are as violent or more violent than men:

On Truth: The Tyranny of Illusion + ScarJo: Settlersdream (Sodastream Parody)

Stefan Molyneux: We are born to truth, yet everywhere we are enmeshed in error. Superstition, irrationality and patriotism all work to cripple our natural affinities to rationality and empiricism. This book examines and explodes all the propaganda that stands between you and the simple truth of life, the universe and everything. All the truths that you were born with, that was scrubbed out of your mind for the profit and fun of your elders, will be reawakened in this short but powerful book. Begin the process of reclaiming your own reason, pick up this book, hold on for the ride, and arrive at the truth.

Read more »
Posted by Angelo Agathangelou at 12:38 pm No comments: Links to this post

Paul Elam: Last week, I had the pleasure of interviewing Janet Bloomfield, aka JudgyBitch of judgybitch.com. It was a fun interview that gave Janet's many fans the opportunity to get to know this remarkable person a little better. You can view it here. Soon after we had that interview Janet came up with the idea that she wanted to interview me, which of course is my honor. In fact, she has decided she wants to do a series of interviews with some of the principle parties involved with the International Conference on Men's Issues.

Read more »
Posted by Angelo Agathangelou at 11:30 am No comments: Links to this post

HoneyBadgerRadio
Read more »
Posted by Angelo Agathangelou at 8:16 am No comments: Links to this post

Sargon of Akkad: Empowerment! "This is Feminist Art."
Read more »
Posted by Angelo Agathangelou at 3:51 am No comments: Links to this post

For the feminists in the modern age, rape is “normalized” for all males, white or black. Just as the “negro” male supposedly was prone to rape, modern feminists think that men, as a class, are prone to rape. 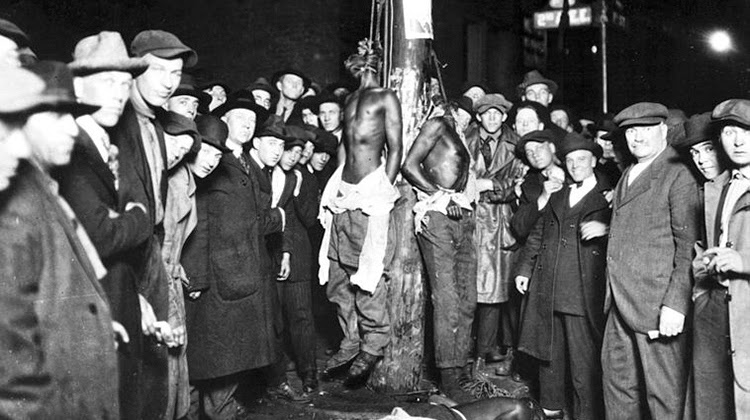 By Pierce Harlan: The impulse to eradicate sexual violence is a noble one, but sadly, the rhetoric employed by modern feminists in pursuit of that goal is a chilling echo of the lynch mobs gathered at the hanging trees of the old American South. Like the lynch mobs of old, modern feminism is animated by a disturbing hostility to the due process rights of the presumptively innocent. Anyone who would deny that hostility is a liar, a fool, or both. It is time to stop waging the war on sexual violence with the memes of the hangman.
No doubt feminists will recoil at this premise, just as they recoil when anyone dares to speak up for the rights of the presumptively innocent. Cue the spouting and sputtering of “rape apologist!” and “victim blaming!” — responses that have all the thought behind them of the tics associated with a severe case of Tourette syndrome. Compare the rhetoric of the hangman’s sympathizers with the over-the-top rhetoric of modern feminism, then tell me who’s the extremist, and who’s just telling it like it is.
The Lynch Mob:
The motivating impulse of the lynch mob was that rape was an offense so heinous, it demanded “instant and severe punishment” — vigilante justice — without waiting for due process. As one writer put it, lynchings “are extraordinary measures demanded by extraordinary occasions.”
Underlying the defense of lynchings was the assumption that rape accusers were “victims” just because they said so.

Read more »
Posted by Angelo Agathangelou at 2:49 am No comments: Links to this post