By Jonathan Taylor: If ever there was a question as to where the world would receive its supply of rape hysteria, ready-made with all its due-process-be-damned dismissals of the presumption of innocence, its sneering denial of the harm false accusations cause to the wrongly accused, and its promotions of false rape accusations by its now-iconic shtick of “this isn’t really rape but I’m going to call it rape anyway,” have no fear: Huffington Post College is sure to provide.
Now, instead of some insane rambling by Lulu Chang at Dartmouth about how every male student who is acquitted MUST be a rapist (why? Because they’re male, of course), instead of Tyler Kingkade telling us that an art statue of a sleepwalking man in underwear at Wellesley is somehow “pro-rape,” and instead of Soraya Chemali telling us how UCONN’s sports team’s mascot (a husky) promotes “rape culture,” we are treated to this article by high school sex ed teacher Leah Bakely.
The title of it is innocent enough: “Why every student should know the definition of consent.”

Read more »
Posted by Angelo Agathangelou at 11:41 pm No comments: Links to this post

UK Pussy Pass: ‘What do you have to do to get sent to prison?’ Fury as female carer caught on CCTV stealing from frail pensioner who later died of the stress walks free from court

By Mike Buchanan: We really shouldn’t be surprised at the relentless stream of stories like this. Once again a woman walks free after being convicted of carrying out a cynical crime.
MailOnline: A female care worker caught stealing cash from a pensioner - who later died from the stress - has walked free from court.

By Attila L. Vinczer: The Canadian Maltese Charitable Service Trust is hosting the first Domestic Violence Symposium in Toronto at The Metro Toronto Convention Centre, June 6 & 7, 2014.  Tickets are now available here. This is an event you can not afford to miss. We will have the finest academics enlighten us on what DV is, how to effectively deal with Domestic Violence (DV) issues from the perspective of an abuser, a victim and how to effectively manage authorities if you are caught in a violent domestic scenario.

Our Keynote speakers are Professor Martin S. Fiebert and Erin Pizzey. Together they possess over 100 years of DV expertise bringing to our audience important facts about Domestic Violence and the effect it has on our families and our communities.
In addition to our Keynote speakers, we have a number of other fantastic presenters. Professor Miles Groth, Vernon Beck, Senator Anne Cools and Walter Fox are confirmed, while we await confirmation by a representative from Yellow Brick House, a prominent woman’s Shelter in Aurora, Ontario. We will also be presenting material provided by Dr. Paul S. Links, a leading expert on matters concerning the high suicide rate of males.
This conference is designed for professionals and families.

Kristal Garcia, From Feminist to Honeybadger

Paul Elam: Krystal Garcia is a YouTuber, blogger and now a ground-pounding Honeybadger activist for men and boys. Things were not always such.
Many of us in the MHRM had once identified as a feminist, so that, in of itself is not such a remarkable item. But Kristal's story contains much that sets her aside. Being raised as a woman, by women in a militant feminist family and then later becoming an MHRA is one thing.

Still another is creating a gut level honest account of her personal transition; of being shocked at the discovery of her own sense of entitlement and then showing the character to confront it within herself in a world that gives women constant messages to reject personal accountability.

Read more »
Posted by Angelo Agathangelou at 2:30 pm No comments: Links to this post

The Call By Feminists To Treat Men Better - A Rebuttal

By Paul Elam and John the Other: Sometimes critiquing feminist isn’t exactly fair play. It’s just not sporting to flame the writers on smaller platforms than the one we’re working from ourselves. This rule of thumb has been harder to adhere to as AVfM has grown in traffic and influence. Today, the rule is set aside because the site being addressed, although small, indicates an evolving change in the prevalent and populist public hatred typically heaped onto male identity and sexuality.


The article in question is called,“Sexuality, Gender and Relationships: How to Get Men Involved in the Discussion.” The unattributed author posted the piece to Reddit, inviting readers of the mens’s rights sub-reddit to read and respond. However, that individual also indicated that the target audience is not men themselves, but those who believe men are the problem, and need to modify themselves to suit the preferences of others.


“The article is written with a specific target audience in mind – those that think that the problem is men, and men need to change.”


With that audience in mind, the article is probably a project of good intent. However, the author registered a fail at trying to steer the “conversation” toward reason or away from bigotry.


With that in mind we want to volunteer our corrections to the misandric assumptions and offer praise for the attempt to embrace reality, crippled by denial though it was.
Read more »
Posted by Angelo Agathangelou at 1:25 pm No comments: Links to this post

Paul Elam: "For so many years feminists have been able to demonize men under their artificial argument called patriarchy." Erin Pizzey. We were joined this week by Harry Crouch of the National Coalition for Men, also known as the Coalition of Free Men. We talked about men and education, rape, false rape allegations, college campuses, feminism, the history of the NCFM, and more. Join us!
Posted by Angelo Agathangelou at 11:39 am No comments: Links to this post

RazorBladeKandy2: 6oodfella made a video about female privilege, and I thought I would steal... I mean borrow inspiration, from his idea and do a privilege video of my own.

It's Worth Fighting Idiots!

Thunderf00t: These people are just attention whore and losers, surely if you just ignore them they will go away? I wish it were true, but history has shown us that things like this do not just 'go away' if you ignore them. Some random examples... Christianity, Fox News, Feminism, Zionism, Scientology, Islam, Glen Beck, Sarah Palin, Ray Comfort, Lisa Millard, the so called British royalty and so the list goes on. If left unchallenged, dumb ideas will happily spread. - This is why we fight!

Read more »
Posted by Angelo Agathangelou at 6:13 am No comments: Links to this post

Heroes of History: Pyrrhus of Epirus, the Fool of Hope, Part 3

Sargon of Akkad: Pyrrhus arrives in Italy to help Tarentum and marches against the Romans at Heraclea.
Posted by Angelo Agathangelou at 5:41 am No comments: Links to this post

AlyssMajere: "Sign the petition to get fucking whatshername (Lisa) Millard out of office! I'm gonna sign up for it and I think everybody else should sign it too because we should not be allowing people like that to help run the justice system because obviously that is unjust, obviously she has no fucking concern for equality, obviously she is a piss poor person to be in that position and she should be remove!"
Read more »
Posted by Angelo Agathangelou at 4:20 am No comments: Links to this post 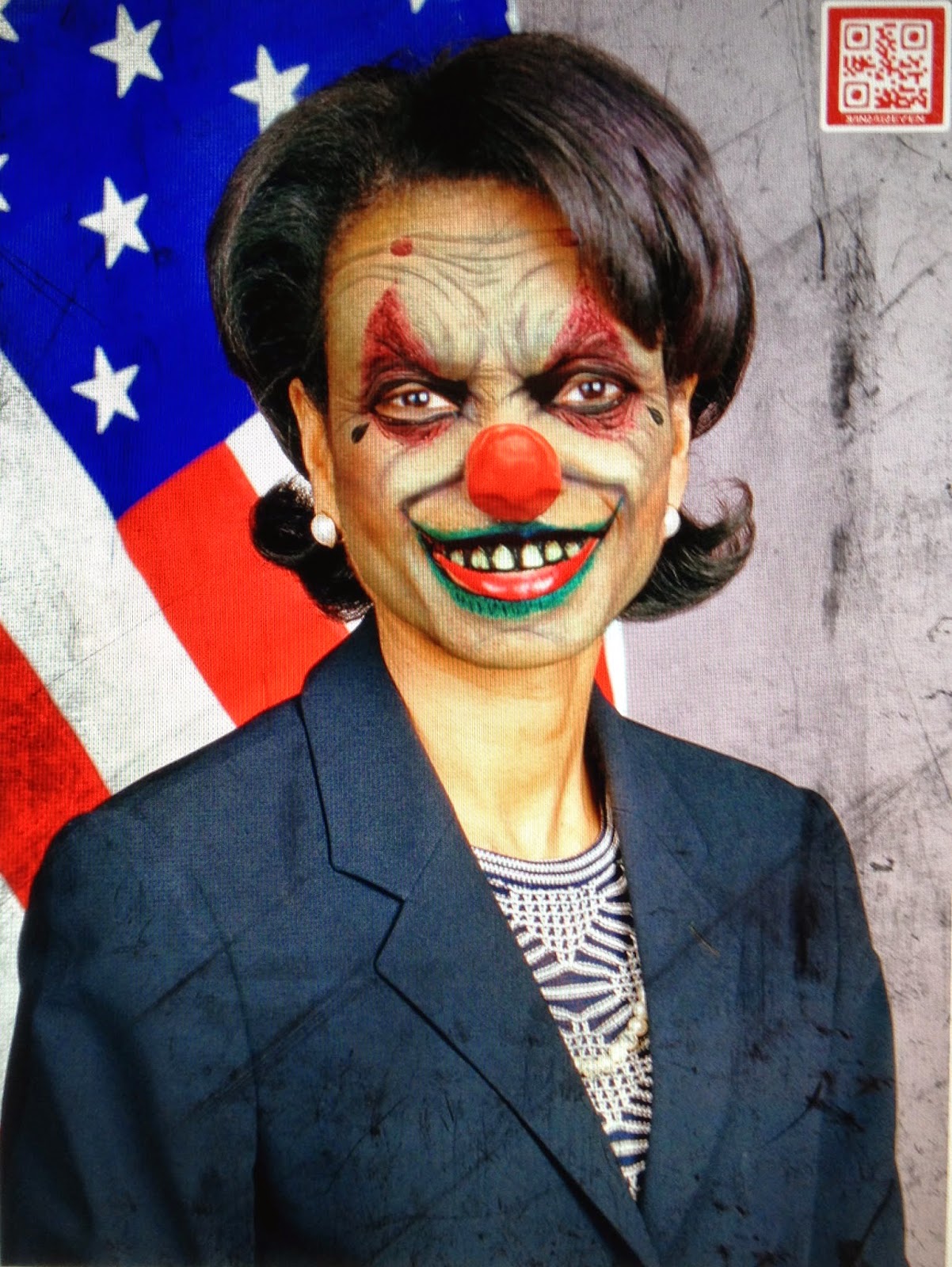 By Michael Snyder: If the economy really is "getting better", then why are nearly 50 million Americans dealing with food insecurity?  In 1854, Henry David Thoreau observed that "the mass of men lead lives of quiet desperation".  The same could be said of our time.  In America today, most people are quietly scratching and clawing their way from month to month.  Nine of the top ten occupations in the U.S. pay an average wage of less than $35,000 a year, but those that actually are working are better off than the millions upon millions of Americans that can't find jobs.  The level of employment in this nation has remained fairly level since the end of the last recession, and median household income has gone down for five years in a row.  Meanwhile, our bills just keep going up and the cost of food is starting to rise at a very frightening pace.  Family budgets are being squeezed tighter and tighter, and more families are falling out of the middle class every single day.  In fact, a new report by Feeding America (which operates the largest network of food banks in the country) says that 49 million Americans are "food insecure" at this point.  Approximately 16 million of them are children.  It is a silent epidemic of hunger that those living in the wealthy areas of the country don't hear much about.  But it is very real.
The mainstream media and our politicians continue to insist that "things are getting better", and that may be true for Wall Street, but the man who was in charge of the new Feeding America report says that the level of suffering for the tens of millions of Americans that are food insecure has not changed... 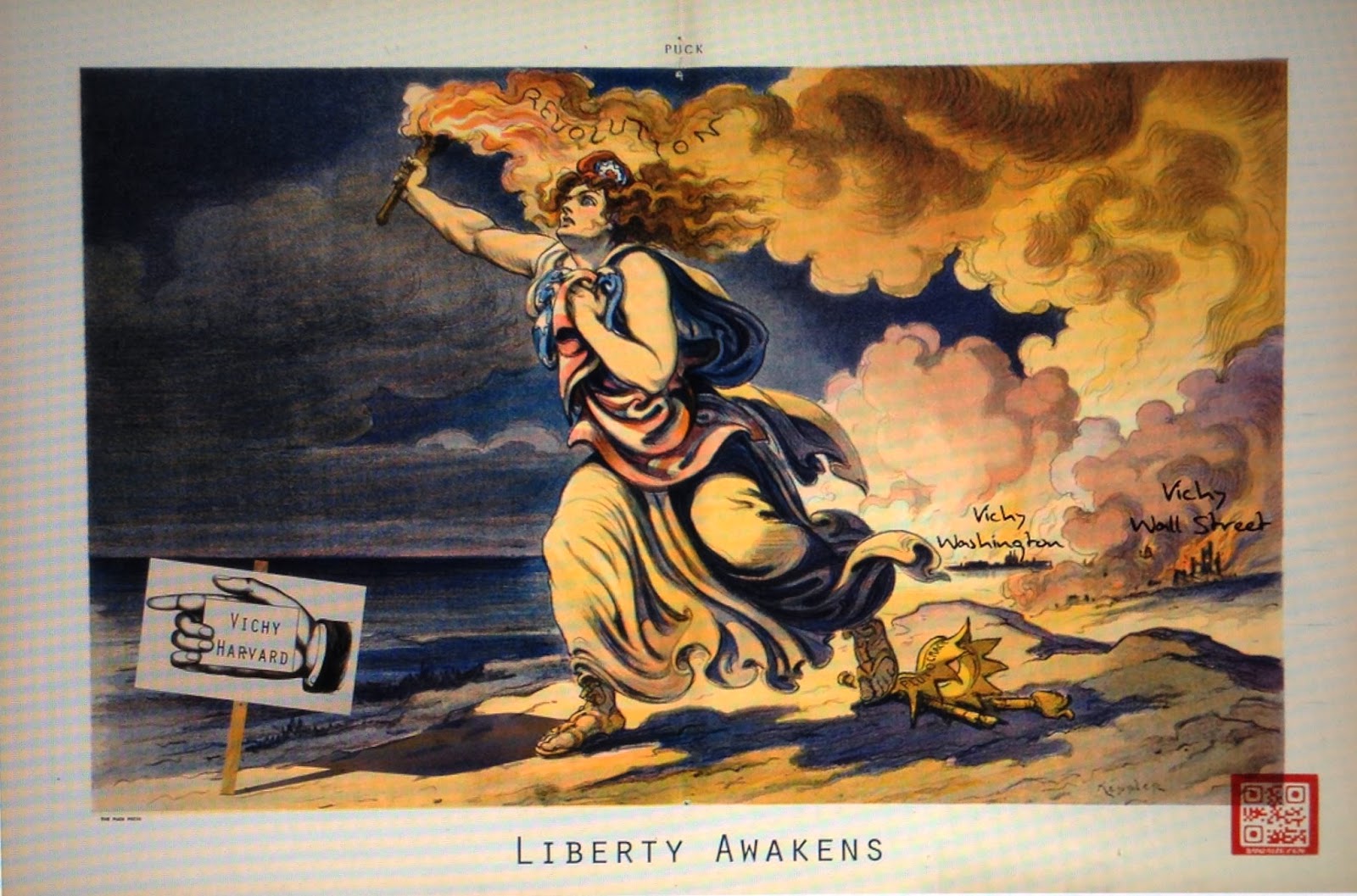 By Maira Sutton, Electronic Frontier Foundation: President Obama is on a diplomatic tour of Asia this week and one of his top priorities is the Trans-Pacific Partnership (TPP), a trade agreement that includes restrictive copyright enforcement measures that pose a huge threat to users’ rights and a free and open Internet. In particular, he's seeking to resolve some major policy disagreements with Japan and Malaysia—the two countries that have maintained resistance against some provisions in the TPP involving agriculture and other commodities. Despite some reports of movement on some of the most controversial topics during meetings between Obama and Japanese Prime Minister Abe, it seems that the TPP is still effectively at a standstill.
As negotiations continue to be shrouded in secrecy, the Pacific trade deal faces mass opposition both inside and outside of the U.S., and reports say little progress has been made for many months. State leaders and trade delegates have held dozens of closed-door meetings to discuss possible trade-offs and concessions over various tariffs and regulations, including some of the most controversial copyright enforcement provisions in the Intellectual Property chapter. Based upon the leaked text published by Wikileaks in November, several countries are resisting the extreme U.S. proposals on Digital Rights Management (DRM) and Internet Service Provider (ISP) liability.
This pushback is great news, and it comes thanks in large part to users around the world contacting their lawmakers and asking them to question and oppose TPP's secretive corporate-driven agenda.

Read more »
Posted by Angelo Agathangelou at 1:32 am No comments: Links to this post