IT'S THE WORLD'S TOUGHEST JOB + "There is NO reason to hit a woman!"

Sargon of Akkad: This kind of shit is making me cynical.
Read more »
Posted by Angelo Agathangelou at 10:33 pm No comments: Links to this post

Misandry: But What Did The Boy REALLY Want? 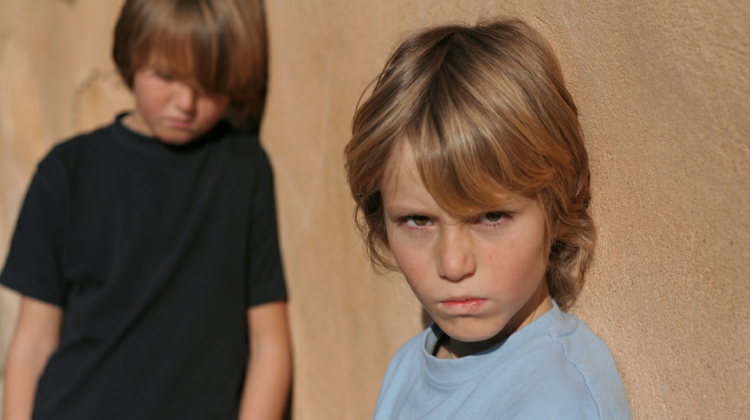 By B.R. Merrick: I’ve mentioned the television series Big Love in a previous article. I have a feeling that, after talking about it again in this article, I’ll be talking about that TV show again and again and again. It touches upon so many vitally important and even visceral ideas surrounding male and female relationships. With the brouhaha in our culture over sexually molested boys “wanting it” and sexually molested girls being the “real” victims (except when it’s “good rape”), the myriad lessons that this brilliant program has taught me shine down like moonbeams through clouds. I thought I’d share one of the subtler and most powerful lessons of all.
The basic story outline of the program concerns a secretly polygamous household run by Bill Henrickson (played well by Bill Paxton, complete with Utah-hick accent) with his three wives: Barb (Jeanne Tripplehorn), Nicki (Chloë Sevigny, my fave), and Margie (Ginnifer Goodwin). By the end of five seasons, it is clear that the creators of the show are intent on showing the vital differences between polygamy that is voluntarily entered into and that which is coerced. In other words: The power dynamics that are inherent in sexual relationships are laid bare and open for critical analysis through all five seasons. 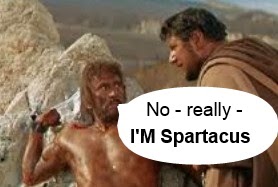 How we all went from Sovereign gladiator to slave
By John Ward: British MPs are expressing concern over the plans carefully hidden in the last Budget to allow future governments to withdraw funds allegedly owed to HMRC direct from citizens’ bank accounts.
There is also concern being rightly engendered by 38 degrees about the obvious intention of the Coalition to sell our personal financial details to the private sector. Before that, plans within the NHS to sell patient details to the insurance sector were hastily covered up and then denied.
Last year, the citizens of Cyprus were blatantly sold to the slave drivers of the Troika….their crime having been to help Greece pay back that same salivating trio of cannibals.
Over the last eighteen months, some 23 developed nations have been forced by one means or another to confess that they have plans in place to raid citizen funds in order to pay off bank and sovereign debt.
In Athens, sources tell me that the Troika has four times now tabled the issue of raiding private pension funds directly – and simply never telling the proposed recipients.
Most pension pots in the Western world – my own included – have been illegally reduced by blatant market manipulation to change events one would otherwise have expected based on the fundamentals…and to compound the crime, they have used our own money to do it.

Read more »
Posted by Angelo Agathangelou at 7:31 pm No comments: Links to this post

By Don Quijones: During arguably the biggest financial heist of human history, commonly referred to as the “global financial crisis,” the Spanish magistrate Elpidio Silva is just about the only judge in the Western hemisphere (outside of Iceland’s parallel dimension, of course) to have sent the CEO of a bailed-out too-big-to-fail bank to jail.

In the late spring of 2013, Silva dispatched Miguel Blesa, the former CEO of Caja Madrid (now the rotten rump of Grupo Bankia), to Madrid’s El Soto prison. Not just once, but twice! Blesa was accused of irregularities in Caja Madrid’s purchase of a Florida bank, as well as a 27-million-euro loan he granted to the now-jailed businessman Gerardo Díaz Ferrán. [For more background on the case, click here, here and here].
On both occasions, Blesa was promptly sprung from jail — the first time around by the country’s highly politicised public prosecution (turned defense) service; the second, by the National High Court. After Blesa’s second release, the government went on the counter-attack, pulling out all the stops to protect the good name of the distinguished banker, former People’s Party politician, and close friend and confidante of Spain’s former premier, José María Aznar, whom Silva has accused of using Caja Madrid’s financial channels for his clandestine arms deals.

bar bar
Posted by Angelo Agathangelou at 4:16 pm No comments: Links to this post

GlobalResearchTV: Welcome to Nulandistan. Democracy flew out the door of Kiev in February 2014. Any semblances of a functioning democracy are disappearing day by day. Brute force is being used against civilian protesters opposing the unelected Yatsenyuk regime that is backed by the US and the EU. Yatsenyuk's coup-installed regime has cracked down on media freedoms, sent the Ukrainian military to attack anti-coup protesters under the pretext of NATO-backed anti-terrorism operations, and started purges and witch hunts all over Ukraine.

Paul Elam: Erin Pizzey will be at the 1st International Conference on Men's Issues in Detroit, as will Janet Bloomfield. Here they talk about the history of the women's movement, domestic violence, Erin's struggles, and her hope for the future.
Posted by Angelo Agathangelou at 8:32 am No comments: Links to this post

A new report shows that, not long before 9/11, an Israeli spy hid 16 years ago in an air duct in the hotel room of the vice president of the United States at the time but US officials quickly hushed up the incident after they learned about it.

Orwellian UK BANNED Press TV: Newsweek magazine, which published a scathing article about Israel’s espionage activities in the US earlier this week, broke the story in an exclusive report on Thursday. Citing a senior former US intelligence operative, the magazine said the spying incident “crossed the line” of acceptable behavior between the two spying allies.
According to the report, Vice President Al Gore’s security detail had secured his “room in advance and they all left except for one agent, who decided to take a long, slow time on the pot.”
“So the room was all quiet, he was just meditating on his toes, and he hears a noise in the vent. And he sees the vent clips being moved from the inside. And then he sees a guy starting to exit the vent into the room,” Newsweek quoted the former US operative as saying.
But, instead of scrambling for his gun, the Secret Service agent “kind of coughed and the guy went back into the vents.”
The magazine, which called Israel and the US “frenemies” even in the best of times, said US officials quickly hushed up the brazen spying incident “because it was done by Israel.”

Read more »
Posted by Angelo Agathangelou at 5:27 am No comments: Links to this post

carlos morales: Child Protective Services whistle-blower exposes the fact that the war on drugs is a war on the family on The Truth Over Comfort Podcast. All sources can be found here: http://www.truthovercomfort.net/blog/...
Posted by Angelo Agathangelou at 3:31 am No comments: Links to this post

Guess What Holiday It Is Today… 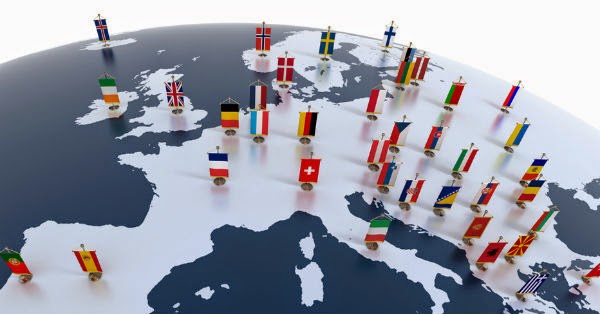 By Simon Black: Dallas, Texas, USA - Did you ever hear the urban legend about how Winston Churchill carved up a map of Africa in a drunken stupor?
There’s actually no evidence to support this assertion.
But what is true is that European imperialists conjured entire nations in Africa out of thin air from their palaces in Brussels, Paris, and London.
And all of this was done without any regard for ethnic, linguistic, religious, and historical divisions among the various tribes that inhabited Africa.
But what few people realize is that Europe is no different.
Think about it—the United Kingdom consists of England, Wales, Scotland, and Northern Ireland lumped together in a political union.
Each is entirely different from the others. And secessionist movements are alive and well.
Scotland will hold a referendum about its independence in September. And the troubles in Northern Ireland have plagued the region for decades.
Belgium is a completely artificial country, and the Flemish are actively pursuing independence from the Walloons.
In the late 19th century, Germany and Italy were both unified into modern countries from diverse fiefdoms and city-states with strong regional identities.
Those regional identities are still present today. Just a few weeks ago, a vote was held in Venice over independence for the wider region.
The Basque separatist movements in Spain are stronger than ever. The Balkans were an absurd experiment. I could go on and on.
Europe is the best example that borders and countries are completely arbitrary. They are created to serve one purpose—consolidating authority over a piece of land and the people living upon it.

Read more »
Posted by Angelo Agathangelou at 2:17 am No comments: Links to this post

Is Wall Street Killing Its Banksters? 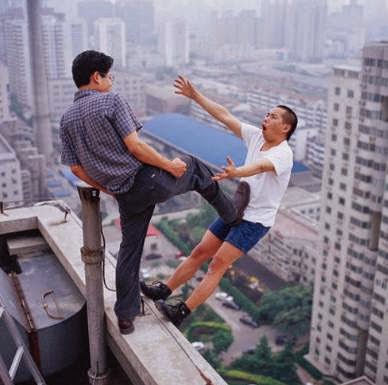 By William D. Cohan:  It’s probably just a sad coincidence, but the sudden deaths since December of a group of young men who worked for JPMorgan Chase & Co. (or who once did) have conspiracy theorists in a tizzy.
For the less conspiracy-minded, the deaths again raise a troubling question: Is the already-difficult job of working in finance even tougher in the aftermath of the financial crisis? Having worked on Wall Street, I can attest to how demanding the hours are. (Disclosure: I lost an arbitration case against JPMorgan Chase over my dismissal, and I am now involved in litigation against the bank on a separate matter.)
Let’s review. On Dec. 7, Joseph M. Ambrosio, a 34-year-old financial analyst, died suddenly from acute respiratory syndrome, a severe form of pneumonia. A week later, Jason Alan Salais, 34, died as a result of a heart attack outside a Walgreens drugstore in Pearland, Texas. According to Salais’s LinkedIn profile, he joined JPMorgan in May 2008, and for nearly three years had been working in its information-technology department in Houston.
Then, in a case that generated international publicity, Gabriel Magee, 39, fell to his death from JPMorgan’s European headquarters in London's Canary Wharf district sometime on the evening of Jan. 27. He was found the next morning dressed in a suit on the flat roof of the ninth floor.