By Jonathan Bornstein: I just read Sara Shoener’s recent opinion piece in The New York Times in which she indicts the two-parent home. It is alarmist, one-sided, aimless, radical, misandric, short-sighted, self-serving … 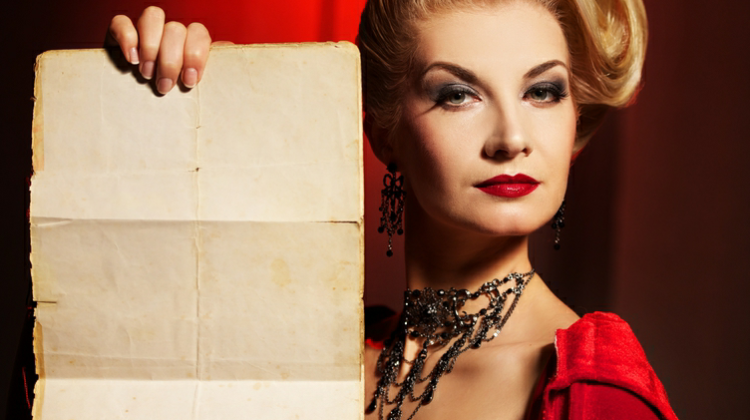 And totalitarian.
To indict our “culture” as simply too philistine for its inclination to preserve fathers, in the face of the endless social maladies resulting from fatherless homes, is a blind advocacy of continued, exponential social chaos. Shoener does this with a transparent scientism, offering hastily arranged statistics that barely clothe her radicalism and misandry.

RT: The UK's spy agency has developed a number of crafty tools to monitor and comb the web, planting false information when necessary, Glenn Greenwald said while disclosing a fresh batch of Snowden's files. 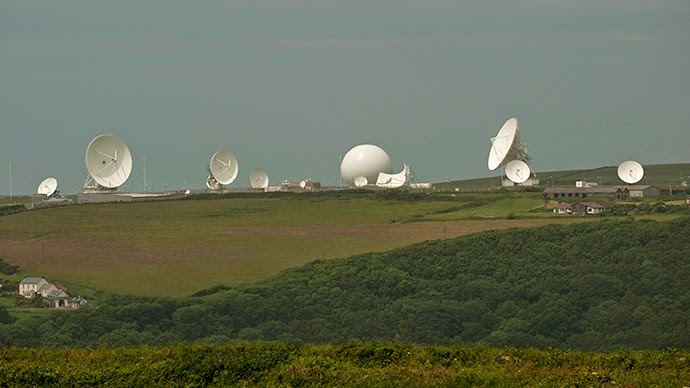 The tools were created by the Joint Threat Research Intelligence Group (JTRIG) within the Government Communications Headquarters (GCHQ), according to the leaked documents.
Previous files have already detailed JTRIG’s use of “fake victim blog posts” and “false flag operations,” as well as “honey traps” and various forms of psychological manipulation of online activists.
But the newly released GCHQ document, titled 'JTRIG Tools and Techniques,' gives a more comprehensive view of the scale of the operations, including how invasive they can be and how much online havoc can be caused.

By Michael Krieger: My readers will be no strangers to DARPA (Dastardly Advanced Research Projects A-holes) and its seemingly never-ending quest to develop more efficient means to spy on, control, and if necessary, murder other human beings. Two of the most noteworthy include the following:
DARPA Unveils “Atlas”: A 6 Foot Tall Humanoid Robot
Meet ARGUS: The World’s Highest Resolution Video Surveillance Platform
In case that wasn’t good enough for you, we now have EXACTO (Extreme Accuracy Tasked Ordnance) guided .50 caliber bullets. This is how DARPA itself describes the new “technology” via its YouTube channel:


Read more »
Posted by Angelo Agathangelou at 8:24 pm No comments: Links to this post

WTF: Banksters In Greece To Quadruple Housing Loans By Next Year?

By NotQuant: Repeating the same mistake twice is generally considered to be a stupid thing to do.
Repeating the same mistake twice, on a far larger scale in a far shorter timeframe is idiocy on such a grand scale that it’s worthy of applause.
Let’s hear it for Greece.
Here in the land of an already-popped bubble, shattered dreams and a population pushed towards the breaking-point by banksters and their games, one would think a few lessons had been learned. 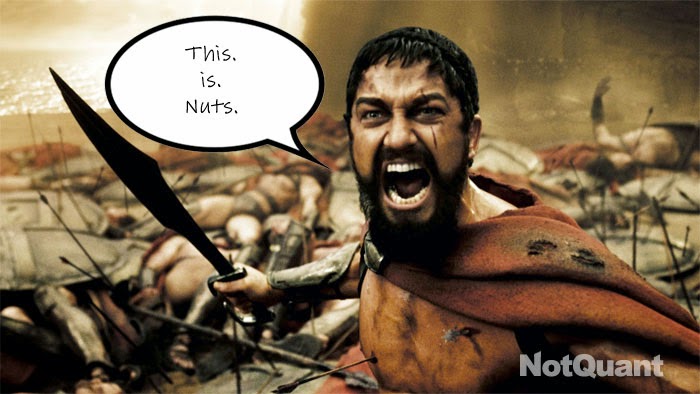 Sadly, no.
Greek bankster Theodoros Kalantonis, who has survived the worst of times the past six years, said he can finally see the resurrection of home lending.


…Greece’s four largest banks, encouraged as the economy claws itself out of recession, plan to double mortgage lending this year and may do it again in 2015, according to Kalantonis.

Institutionalised Misandry: The Destruction Of The American/Western Family!

"The skeleton in the Bates hotel was not a father."
Stefan Molyneux: The fatherlessness epidemic, the destruction of the American/western family, the negative impact of single mother households and violations of the non-aggression principle.

You Want a Solution? Try Not to Get Hurt When It Collapses, Then Start Over

By Charles Hugh Smith: Once the deadwood piles high enough, the random lightning strike ignites a fire so fast-moving and so hot that it cannot be suppressed and the entire financial system burns to the ground.

In discussing our broken healthcare system with a 22-year college graduate, I opined that Obamacare hadn’t fixed anything that was broken. She observed that real reform was impossible due to vested interests and the only real solution was to “start over.”
Exactly. 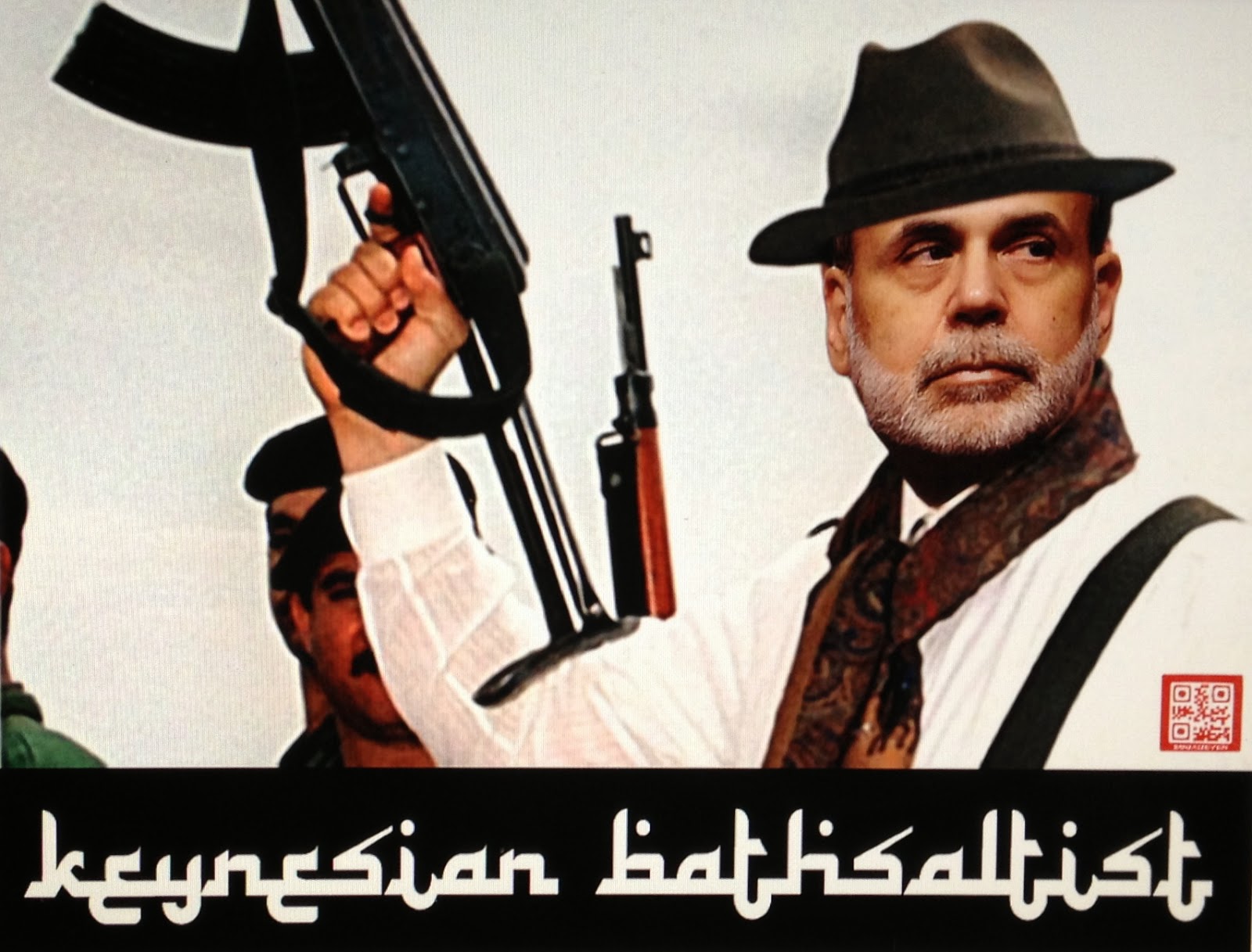 People constantly ask me for solutions to our all-too visible ills. You want solutions? Here’s the solution for every systemic, structural problem we face: Avoid getting hurt when it collapses, then start over.
Over the nine years I’ve been writing this blog, I’ve offered dozens of systemic solutions, and have reprinted dozens more submitted by readers.
For example: Boomers, Prepare to Fall on Your Swords (June 2005)
The “Impossible” Healthcare Solution: Go Back to Cash (July 29, 2009)
Want to Reduce Income/Wealth Inequality? Abolish the Engine of Inequality, the Federal Reserve (January 28, 2014)
Nobody likes these solutions because they disrupt everyone’s place at the feeding trough. People get deeply offended when their place at the trough and their complicity in a corrupt, inefficient, wasteful, fraudulent and unsustainable system are challenged.
And furthermore, all these solutions are impossible.

Read more »
Posted by Angelo Agathangelou at 4:02 pm No comments: Links to this post 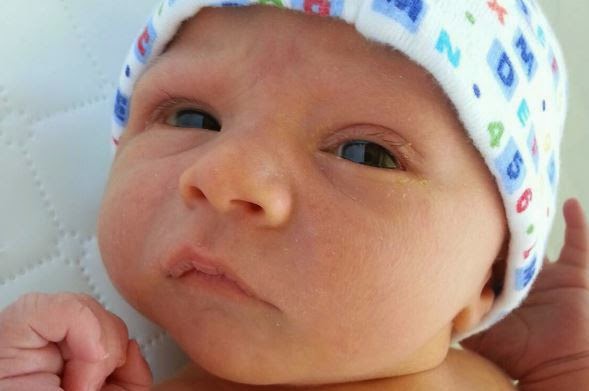 By Paul Elam & Lucian Vâlsan:
Dear GoFundMe.com,
A campaign hosted on your website, initiated by a woman named Sierra Westika, has come to our organization’s attention.
The campaign aims to raise funds in order to conduct the abusive and barbaric procedure of male genital mutilation, also known by its misnomer, circumcision. Circumcision is a euphemism that essentially hides and/or justifies the infliction of genital trauma for reasons of religion or social custom.
If you think we are exaggerating, we invite you to watch this video made for promotional purposes by a physician who profits from mutilating male children: https://www.youtube.com/watch?v=SLhEoOQhsVw
Is this what your organization wishes to support? Would your organization host a similar campaign to fund the genital mutilation of infant females? Just because this child’s mother wishes to bring harm to her son does not mean you have to give her the platform to beg money to do it.

By Wolf Richter: London is, according to Bloomberg, “the undisputed foreign hub for Russian business.” That’s where Russian companies hire law firms and investment bankers to handle takeovers. That’s where rich Russians like to live with their families or just hang out and have fun. That’s where they like to spend lots of money. 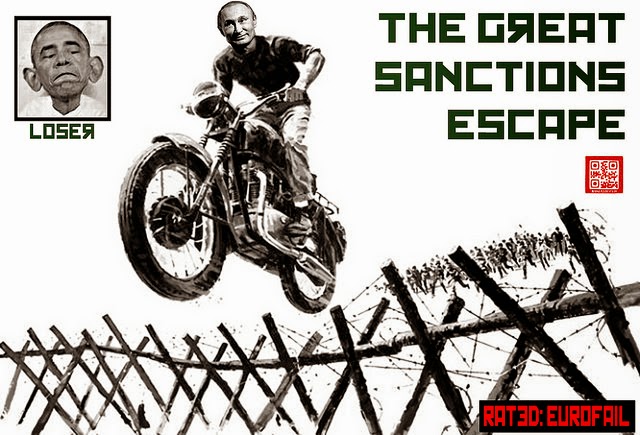 But the sanction spiral has already – and very inadvertently – accomplished one of the big goals, not of President Barak Obama or Chancellor Angela Merkel, but of President Vladimir Putin: keep Russian money in Russia, and perhaps even bring back some of the money that has wandered astray over the years to seek greener pastures elsewhere.
Capital flight, particularly from the vast underground economy, is one of Russia’s most pressing economic problems. And Putin’s angle of attack has been, well, brutal in its own way:
The spectacular collapse of the Cypriot banks last year took down much of the “black money” Russians and their mailbox companies – there were over 40,000 of these outfits in Cyprus – had on deposit there. Instead of bailing out the cesspool of corruption that these banks were, or even the nation with another emergency loan, as Russia had already done before, he just smiled and let it happen. And much of the money of his compatriots was allowed to evaporate.
Read more »
Posted by Angelo Agathangelou at 9:20 am No comments: Links to this post

By Dean Esmay: I honestly was not going to write one single word on the front page of A Voice for Men about the obscure publication known as “Animal New York” and its apparent founder and reporter, known as Bucky Turco. “Animal New York” had requested a press passes to our conference on the 27th and 28th, and been granted one, in addition to being invited to attend the free press conference on the 26th (held at the same time as Warren Farrell’s pre-conference private workshop). We had noted after the conference was over that “Animal New York” had put up a couple of short reports, with some accurate, if arguably out-of-context, quotes, and we had noticed that they really had not “attended” the conference they asked for a free pass to, but rather had only attended the free press conference the day before the main event and just left, asking hardly anyone any questions of any substance.

Read more »
Posted by Angelo Agathangelou at 5:42 am No comments: Links to this post

StudioBrule: Super MHRA Anil Kumar, from Bangalore India, attended the International Conference on Men's Issues in Detroit, Michigan, June 27 - 28, 2014. Kumar is the News Director for A Voice for Men in India.

Read more »
Posted by Angelo Agathangelou at 3:27 am No comments: Links to this post

WeAreChange: In this video Luke Rudkowski talks to Lars Maehrholz during his layover in Berlin about the merger of 128 cities and 5 countries that will come together on July 19th to do a mass protest against the U.S Federal Reserve in Berlin Germany. Lars is a former skydiver that became the main organizer of the massive Monday peace vigils in Berlin. The Monday peace vigil is an autonomous fully independent movement that gained massive popularity in Berlin that is against the U.S Federal Reserve, main stream media and foreign wars of aggression 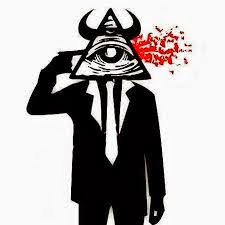 By Don Quijones: Recent years have not exactly been kind to Luís Bárcenas Gutiérrez. For decades he served as treasurer of the governing People’s Party, a position which afforded him de facto control over the party’s accounts and money movements. In 2009, however, a money laundering investigation by Swiss authorities discovered more than €30 million spread across an assortment of Swiss bank accounts, all under his name.

It soon came to light that for almost 20 years Bárcenas had “allegedly” been paying under-the-table bonuses to senior figures in the Popular Party (PP), including, allegedly, the former and current prime-ministers José Maria Aznar and Mariano Rajoy. During that time large construction companies gave the party millions of euros in undeclared donations, which were promptly redirected by Bárcenas into the deep pockets of senior party members and the bank accounts of the party’s regional offices.