Even The Council On Foreign Relations Is Saying It: Time To Rain Money On Main Street 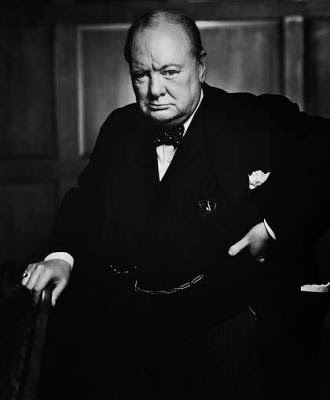 You can always count on Americans to do the right thing, after they’ve tried everything else.
- Winston Churchill

By Ellen Brown: When an article appears in Foreign Affairs, the mouthpiece of the policy-setting Council on Foreign Relations, recommending that the Federal Reserve do a money drop directly on the 99%, you know the central bank must be down to its last bullet.
The September/October issue of Foreign Affairs features an article by Mark Blyth and Eric Lonergan titled “Print Less But Transfer More: Why Central Banks Should Give Money Directly To The People.” It’s the sort of thing normally heard only from money reformers and Social Credit enthusiasts far from the mainstream. What’s going on?
The Fed, it seems, has finally run out of other ammo. It has to taper its quantitative easing program, which is eating up the Treasuries and mortgage-backed securities needed as collateral for the repo market that is the engine of the bankers’ shell game. The Fed’s Zero Interest Rate Policy (ZIRP) has also done serious collateral damage. The banks that get the money just put it in interest-bearing Federal Reserve accounts or buy foreign debt or speculate with it; and the profits go back to the 1%, who park it offshore to avoid taxes. Worse, any increase in the money supply from increased borrowing increases the overall debt burden and compounding finance costs, which are already a major constraint on economic growth.
Meanwhile, the economy continues to teeter on the edge of deflation. The Fed needs to pump up the money supply and stimulate demand in some other way. All else having failed, it is reduced to trying what money reformers have been advocating for decades — get money into the pockets of the people who actually spend it on goods and services.
A Helicopter Drop on Main Street
Read more »
Posted by Angelo Agathangelou at 11:58 pm No comments:

NEWS FROM THE FUTURE

Deek Jackson
Posted by Angelo Agathangelou at 10:44 pm No comments:

"..it's about money and control and winning!"
By Robert O'Hara: On July 19th AVFM News posted a press release from Greg Patnude, a Washington State man who was served with an order from a Virginia Beach Judge to pay 0ver $1,000,000 in back child support for children in their late 20′s.  Patnude was actually only $1,836 in arrears which he volunteered to pay but he was arrested at his home on March 18th on a warrant that claimed he owes $1,052,341.00 in past due child support.

By Michael Krieger: I’m the furthest thing in the world from a technology or security expert, but what I have learned in recent years is that a dedicated, sophisticated and well funded hacker can pretty much own your data no matter how many precautions you take. Nevertheless, the major technology companies on the planet shouldn’t go out of their way to make this as easy as possible. 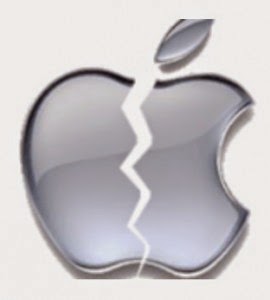 In the wake of the theft of private images from several prominent celebrities, many people are rightly wondering whether how vulnerable their data is. The answer appears to be “very,” and if you use Apple, the following article from Slate may leave you seething with a sense of anger and betrayal.David Auerbach wrote the following for Slate. Read it and weep:

In the wake of the theft of the private data and photos of dozens of celebrities, there is at least one major culprit. Not the alleged leakers, though obviously they’re to blame, but the company that has most prominently overstated its security in the first place: Apple.

What is clear is that Apple has had a known security vulnerability in its iCloud service for months and has been careless about protecting its users.

Read more »
Posted by Angelo Agathangelou at 6:50 pm No comments:

Max Keiser and Stacy Herbert discuss the Islamic State resembling the Taliban with oil fields - ie a whole lot like Oklahoma. They also discuss the new Misery Index, which shows labor force participation and velocity of money plunging. Meanwhile, back in America naked incidents are on the rise and, in Europe, suicide tourism rises four-fold.

The Rape Fantasy: Does It Actually Mean Anything? 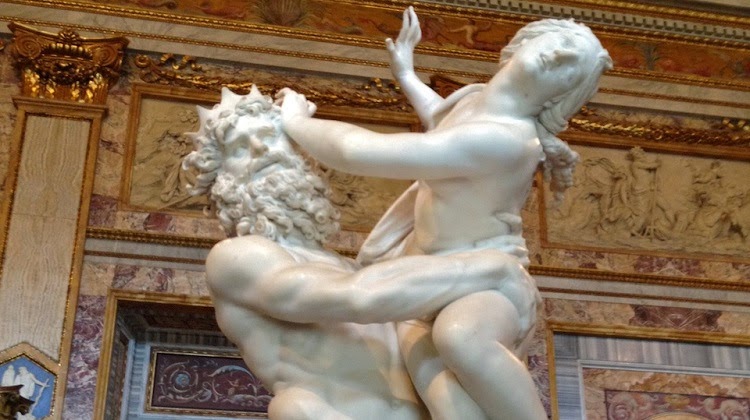 By Dr. David Ley: One of the hardest presentations I’ve ever given was at a conference on treating sexual assault. My presentation set the stage, inviting people to consider the broad range of sexual behaviors, which fall under the concept of normal. In the content, I explored the issue of the female rape fantasy, how it presents in therapy, and its relation to the effects of assault. During the presentation, I recall looking cautiously towards several women in the audience, who I knew were there as advocates for rape victims.
My hesitance was because I was presenting that the rape fantasy is exceedingly common among women, with as many as 25-40% of women endorsing some form of this fantasy, at least once in their lives. (Fellow PT blogger Michael Castleman has a wonderful article with further statistics and research on the prevalence of this fantasy.)
Some women who have experienced the tragedy of sexual assault go on to be tormented by tremendous psychological turmoil over sexual fantasies of rape and forceful sex. They describe being angry and upset with themselves, confused that they and their bodies are responding with sexual arousal to a fantasy similar to an event that was so traumatic and devastating.
Many women (and not a few men) I’ve spoken to over the years have disclosed to me their personal fantasies of being forced to have sex, usually with embarrassment, shame, and fear. They struggle over what this fantasy means, about them as a person, as a woman or a man, as a victim. Women have told me that they struggle with being a feminist, and yet still getting aroused at the idea of being taken by a man, against their will.

Read more »
Posted by Angelo Agathangelou at 11:24 am No comments:

"I think that it is a revolting irony that these people who were promoting and making a game about depression and it's negative effects on people can go to a community of clinicaly depressed, suicidal people and treat them in this way. How does this compute for them? How is this in any way striving for equality? I don't know how they can live with themselves like that, are they just all a bunch of sociopaths?" Some Asian Guy

Read more »
Posted by Angelo Agathangelou at 9:39 am No comments:

Another Feminist Partner Of Mine + Strategy Session Follow-Up

"I'm getting a Popemobile! ...You can see nipples." Rizzle Dizzle

"He (George Galloway) was having his photo taken with some local people and a man attacked him. Ran out at very quick speed, apparently he's 39 years old, the assailant, and beat him up! Punched him in the jaw repeatedly, it went on for minutes, finally he was pulled off and arrested. He was shouting about the holocaust and he had a t shirt on with the Israeli military logo writing on it, IDF or whatever it's called.
...The guy think he's a Jew, I say thinks he's a Jew because that's all we have. There's no such thing really as 'A Jew'. This whole idea of it being a race is a modern Zionist concoction. ...Pavlov's dog!" Morris

Read more »
Posted by Angelo Agathangelou at 5:23 am No comments:

It's Your Turn in the Barrel, Zoe Quinn - IR + This Week in Stupid - XL Gamer Edition!

Paul Elam: The Intelligence Report team gets back on the job for a Sheshul Snowflake Tuesday edition, focusing on the current blowup in the gaming community. We will also take a look at how college campus rape hysteria has resulted in a boringly predictable lack of trust in college women. Too much power in the hands of people who are too unpredictable, guys, so start considering #dateoffcampus as a hashtag and personal policy. And late-breaking, a story on us from NPR!

Read more »
Posted by Angelo Agathangelou at 3:30 am No comments:

Department Of Homeland Security - A 240,000 Person Cancer On The American Soul

By Michael Krieger: Regular readers will be intimately familiar with my feelings on the Department of Homeland Security (DHS). Long before it became obvious to millions of people, I wrote about how the DHS was never intended to prevent terrorist attacks, rather it had always been intended to suppress the American citizenry. Over the past decade, it has become a dangerous behemoth of fascism under the guise of the fraudulent “war on terror.” 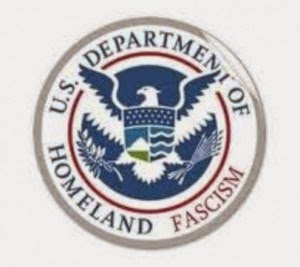 Going back to 2010, I wrote a piece titled: The Dangers of a Failed Presidency, in which I wrote:


There is clearly a power elite that consists of a union between big corporate and financial oligarchs and career bureaucrats in Washington D.C.  These are the folks that pull the strings of all administrations.  All you have to do is look at the trends that have been in place since George W Bush and continue under Obama to see what these players want.  Bigger government and thus more Federal power, more wealth for the oligarchs (thank you Federal Reserve) and an erosion of the middle class, and reduction of civil liberties in the name of the 1984-like never-ending “war on terror.”  I believe in a war on terror of my own.  A war against the terror that Washington D.C. is constantly trying to inject into your head so that you sheepishly give away all you rights and power to them.  That’s my war on terror.

Read more »
Posted by Angelo Agathangelou at 1:49 am No comments: