By Stacy Herbert: Tesco got caught doing what every government and nearly every individual does to delude themselves that all is getting better: “there was an “accelerated recognition of commercial income and delayed accrual of costs.” If wishes were knishes, we’d all have fat profits at no cost at all. 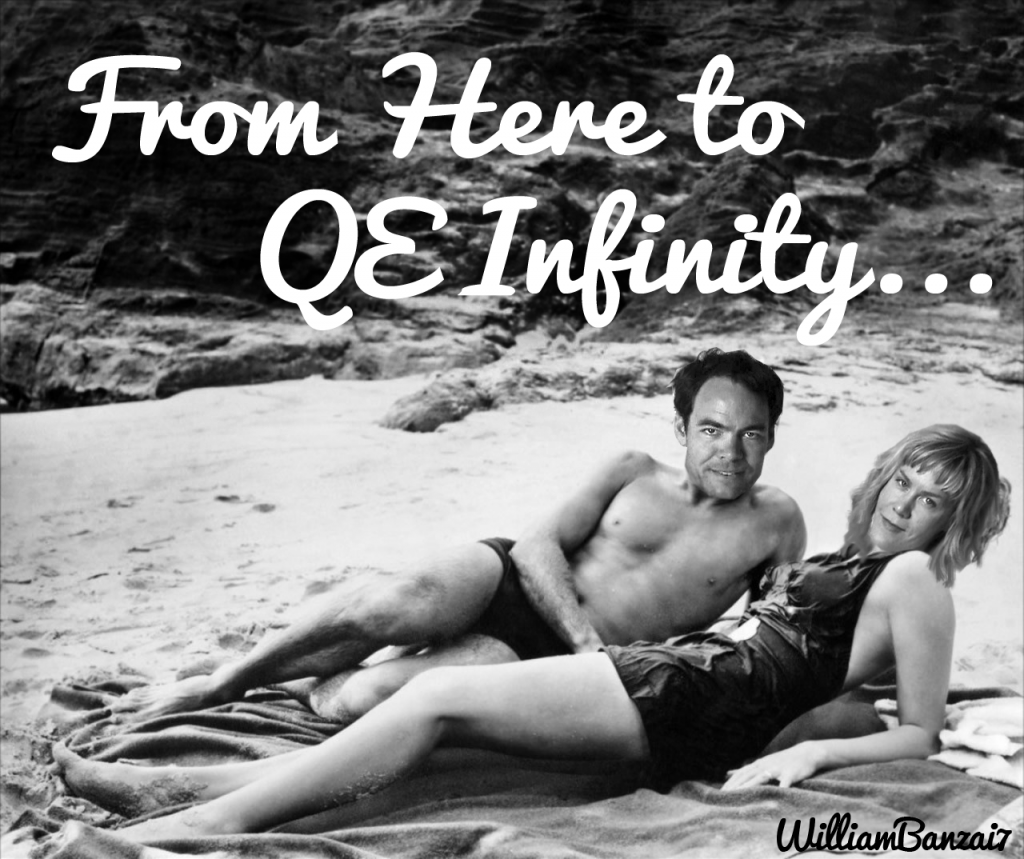 Tesco suspends four senior staff, as £250m misaccounting scandal sends shares sliding
Analysts continue to express shock over the latest problems at Tesco.
Crawford Spence, a professor of accounting at Warwick Business School, reckons Tesco’s management succumbed to temptation to play around with its numbers to cover up the full impact of falling sales.

P.I.G.: This Is What Happens When You Try To Exercise Your "Constitutional Rights" in Illinois, USA

By Michael Krieger: What follows is the most powerful recorded police checkpoint scene I have witnessed since posting: Extremely Powerful Video – Happy 4th of July from a Police State Checkpoint, last summer.
While the former incident happened in Tennessee, the following occurred in Illinois. The American pleb who was accosted by Illinois State Police was DeKalb resident Ryan Scott. While it starts off slow, make sure you watch it all the way to the end. While one of the the police officers is reasonable, the other one can’t stop yelling and seems to derive a particular pleasure from repeatedly informing the citizen he supposed to “protect and serve” that “driving is not a right, it’s a privilege.” See for yourself:

US Congress Votes For More War In The Middle East 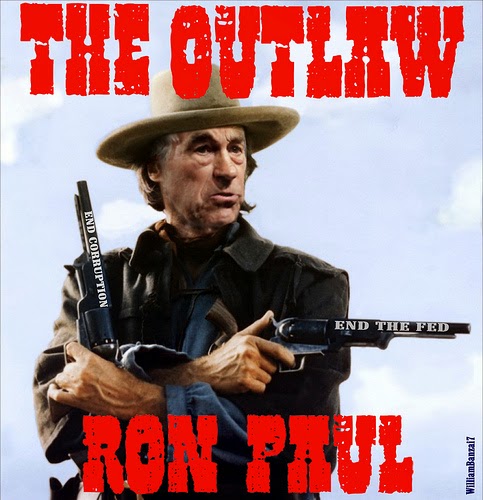 By Ron Paul: Last week, the House and Senate voted to rubber stamp President Obama’s war plans for the Middle East. Both bodies, on a bipartisan basis, authorized the US to begin openly training and arming the rebels who have been fighting for three years to overthrow the Assad government in Syria. Although the Syrian government has also been fighting ISIS and related extremist groups for three years, the US refuses to speak to the Syrians and has warned Assad not to interfere with the coming US attack on sovereign Syrian territory President Obama promised that airstrikes alone would “degrade and destroy” ISIS, telling the US military in a speech last week that:

“The American forces that have been deployed to Iraq do not and will not have a combat mission… I will not commit you and the rest of our armed forces to fighting another ground war in Iraq.”
But of course any US troops sent into a war zone are “combat” troops.

Read more »
Posted by Angelo Agathangelou at 7:36 pm No comments: Links to this post

“The 45 percent will only grow stronger.”
Thousands of pro-independence activists, determined to continue their fight for Scottish statehood, have launched a new campaign called ‘the 45 percent’, despite losing Thursday’s referendum. 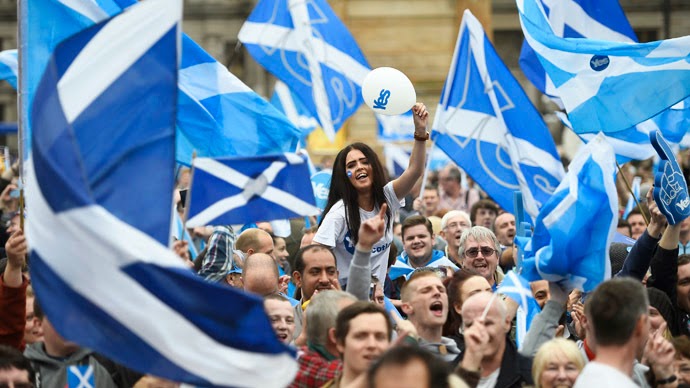 RT: The campaign draws its name from the 44.7 percent of the Scottish electorate who voted ‘Yes’ to independence. Although the ‘No’ campaign secured a narrow majority at 55.3 percent, the appetite for a split remains strong.
While it ultimately failed to win the referendum, the ‘Yes’ movement vastly outperformed pro-union activists in its employment of social media. The 45 percent want to sustain the momentum of this grassroots online movement. 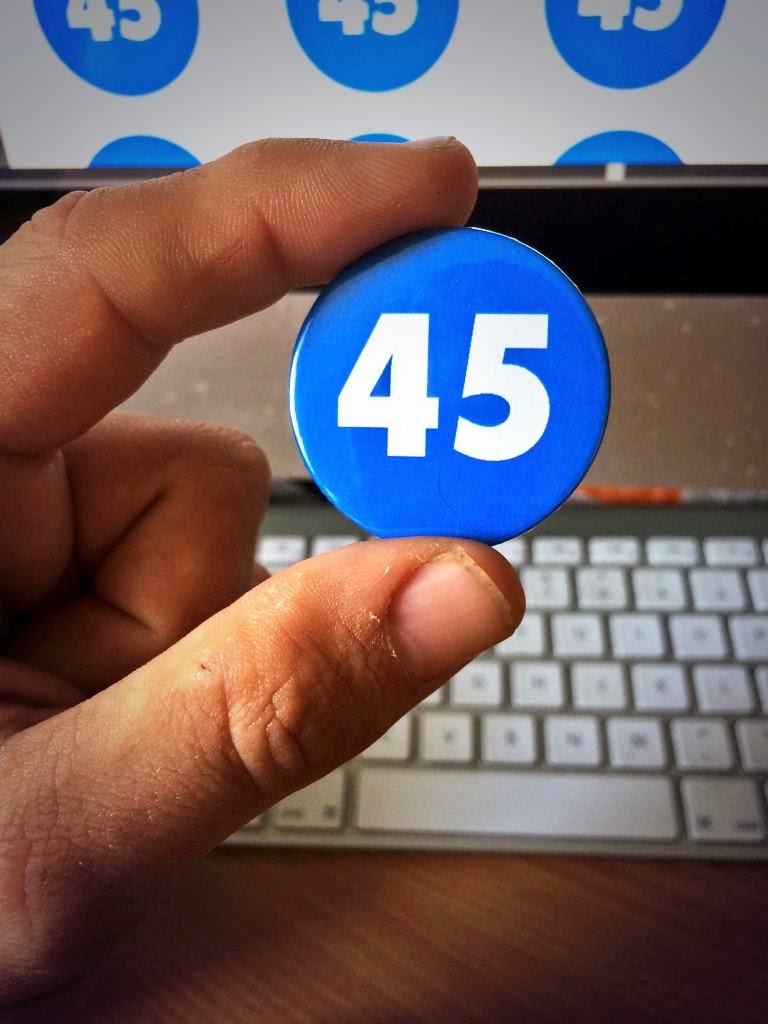 Several Facebook pages have rapidly accrued thousands of likes, while #the45 and #wearethe45 are trending on Twitter. A 45 ‘Twibbon’ has replaced the blue ‘Yes’ sticker prominent on supporters’ accounts throughout the campaign.
Still at a disparate and formative stage, with multiple parties and grassroots organizations in its orbit, the 45 percent movement has coalesced around the shared cause of keeping independence on the agenda.
“The British establishment would love nothing more than for the 45 percent to disappear,” 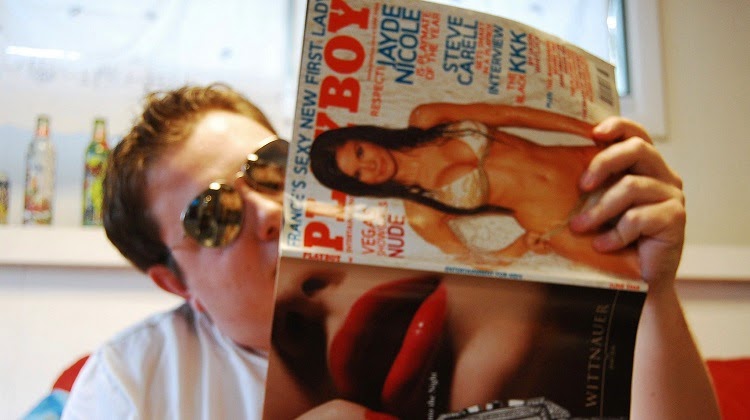 Below are a few examples of such comments, edited for length and profanity. Please note that I did not “cherry-pick” these comments. Instead, I merely chose the three most recent ED-related comments received :

Read more »
Posted by Angelo Agathangelou at 5:27 pm No comments: Links to this post

By Suzanne McCarley: Hoo-boy! Here comes drama and I’m making a truckload of popcorn. Star Crazy NCIS star (and serial restraining order abuser) Pauley Perrette has a big week ahead of her and it should be very interesting to watch. To set the mood, dim the lights and reread this update we published a few days ago (content of which has apparently inspired a new Twitter hashtag: #boycottncis):

“You’re a tool of a psychpath stalker. Have you no mom? Have you no God? I see you want to be famous. Protect the stalked, not the stalkers”
What. A. Bitch. Have I said that before? “Protect the stalked” is exactly what we are trying to do, from the actions of criminally corrupt Prosecutor and Deputy LA City Attorney Elizabeth “He’s breathing! That’s harassment!” Gertz, corrupt LAPD Detective Jose “Gimme a hug” Viramontes, and retired corrupt Detective Martha “Don’t you dare bring up my sexual harassment case” DeFoe, along with cyber-stalking bully Hollywood PI John “Throw spaghetti on yourself and have your husband arrested” Nazarian, Daniel “Get me a job at NCIS and I’ll shut the hell up” Rivas, and a few others. Anyway, gotta love that little TwiTantrum, and kudos to Charles C. Johnson of  http://gotnews.com/ for sharing the audio recording, which Our Dear Pauley oddly didn’t address in her tweet.
We at AVfM are happy to see another media source publicizing the parts of the story that Perrette & Co. aren’t telling

Read more »
Posted by Angelo Agathangelou at 2:13 pm No comments: Links to this post

The Disappearance of Fatherhood

HoneyBadgerRadio
Posted by Angelo Agathangelou at 12:16 pm No comments: Links to this post

It’s very risky for an American credit ratings agency to downgrade the US Government. 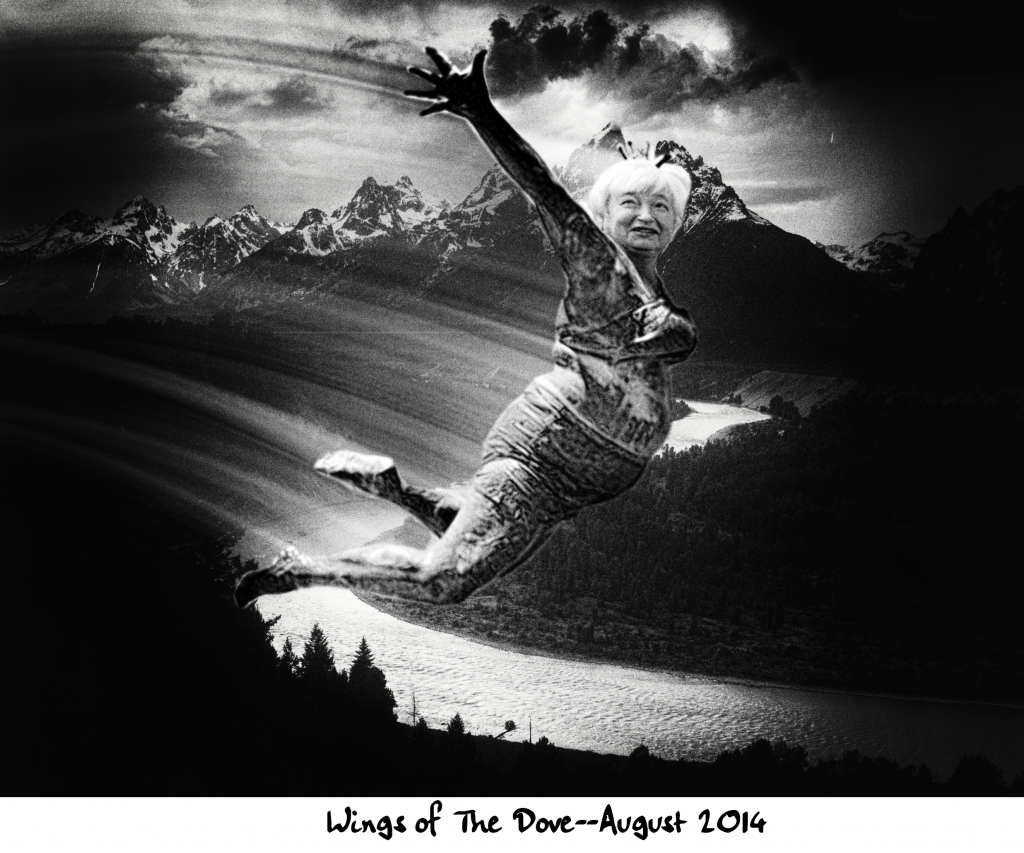 By Wolf Richter: Standard & Poor’s found out when it stripped the US off its AAA rating in 2011 over the debt-ceiling charade. The Department of Justice then sued S&P over its role in the financial crisis, i.e. for slapping AAA-ratings on toxic securities to pocket fatter fees from issuers. But the other ratings agencies did the same thing and have not been hounded. So S&P claimed that the “impermissibly selective, punitive and meritless” lawsuit was “in retaliation” for the downgrade.
Though the Government denied the retaliation angle, it was a lesson no credit ratings agency within the long and sinewy arm of the Government would ever forget. But now Fitch is inching gingerly toward that abyss. While it affirmed (text) the US at AAA, Outlook Stable, it threw in some potentially devastating caveats.
What drives America’s dubious AAA-rating? “Unparalleled financing flexibility as the issuer of the world’s pre-eminent reserve currency….”
So endowed, “the US rating can tolerate a higher level of public debt than other ‘AAA’ sovereigns.” The “threshold” for the US is a gross national debt of 110% of GDP, the highest threshold of any country “owing to its exceptional financing flexibility.” But if the US hits that 110%, it would be “incompatible with ‘AAA.”’

"Do people with above average intelligence have an obligation to help others? ...When it comes to being super smart there are more than twice as many men than women. ...Hey Beyonce, I have some news for you. girls don't run the world, boys do. Know why? Because they're smarter!" Janet Bloomfield. The first episode of JudgyBitch TV

By Noah Murphy: Social Justice Warriors (SJWs) are the bane of the Internet’s existence. We all know these people. They are activists who crusade for  the “victims” of society, namely women, non-Whites and LGBT individuals. They decree that all who disagree with them are bigots. Hate feminism? You are a vile misogynist. Think that welfare hurts minorities instead of helping them? Racist. Tired of LGBT rights activists calling the vast majority of people evil oppressors because they’re heterosexual? Homophobe.

They will do anything and everything to promote their agenda, thereby ruining whatever they infect via censorship and harassment. Take just about any popular forum or social network and you will find them and their damage. Not only that, they infect and damage discourse in the exact same manner every time. Yet no matter how many places they ruin, nobody seems to learn.
The following is how SJWs destroy social media, every single time. The examples I use are of feminist ideologue SJWs, as they tend to be the majority of SJWs.
Step 1: Infect Popular Forum or Social Network

By Pierce Harlan: The Ray Rice domestic violence incident has given the usual loons cover to show their true colors. ESPN analyst Kate Fagan says that society needs to reprogram men by spending a ton of money to train boys to respect women. CBS sports anchor James Brown used the Rice incident to boldly—and bizarrely—proclaim that when men say, “You throw the ball like a girl,” it leads to domestic violence against women.

It’s all so tiresome. And wrong.
Any time any high-profile, senseless violence is committed by a young man, a certain class of media pundits—H.L. Menken-wannabes who know nothing more about “gender” than the average person on the street (and probably a lot less)—deems it a moral imperative to use their platforms to churn out de rigueur commentaries tying the atrocity du jour to maleness. Their hand-wringing pronouncements happily reduce young men to caricature and pass off outlier attributes as “cultural norms.” They are smugly content to do to young men the very thing most of them vehemently object to whenever a conservative pundit ties a terrorist act committed by a Muslim to Muslims in general. Young men are the favorite piñatas of the enlightened know-it-all set, the source of all ills of society.
We see it over and over and over. They are ready to pounce any time a troubled young man goes berserk and shoots up a movie theater or a school.
His act, they declare, is a manifestation of masculinity that needs to be reprogrammed.

Read more »
Posted by Angelo Agathangelou at 4:11 am No comments: Links to this post

Some 11,000 new membership requests have been submitted to the pro-independence Scottish National Party (SNP) in the 75 hours following the referendum, which kept Scotland under the authority of the United Kingdom. 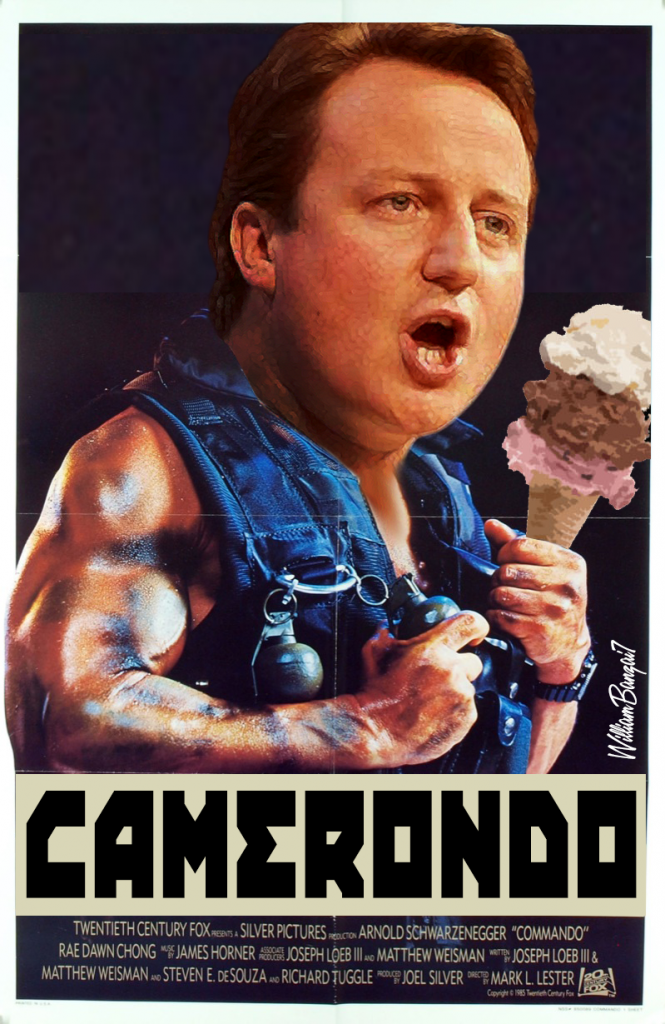 
"I suppose I feel sorry for those in the No side who were tricked by Westminster into believing there would be an immediate offer of extra powers,” Salmond said during a television interview on Saturday.

The Yes campaigners have vowed to continue efforts with many incorporating the figure "45," in their profile on social media. The figure refers to the percentage that voted for the split.
The referendum which had an overall turnout of 84.6 percent saw some regions voting Yes, including the capital Glasgow, in which 53.5 percent voted for the split.

Read more »
Posted by Angelo Agathangelou at 3:10 am No comments: Links to this post