Alison Tieman: A while back I did an interview with lame-stream Mother Jones. They didn't include anything I said in their final article so I figure I'll upload this for prosperity.

Read more »
Posted by Angelo Agathangelou at 11:31 pm No comments: Links to this post

Read more »
Posted by Angelo Agathangelou at 10:14 pm No comments: Links to this post 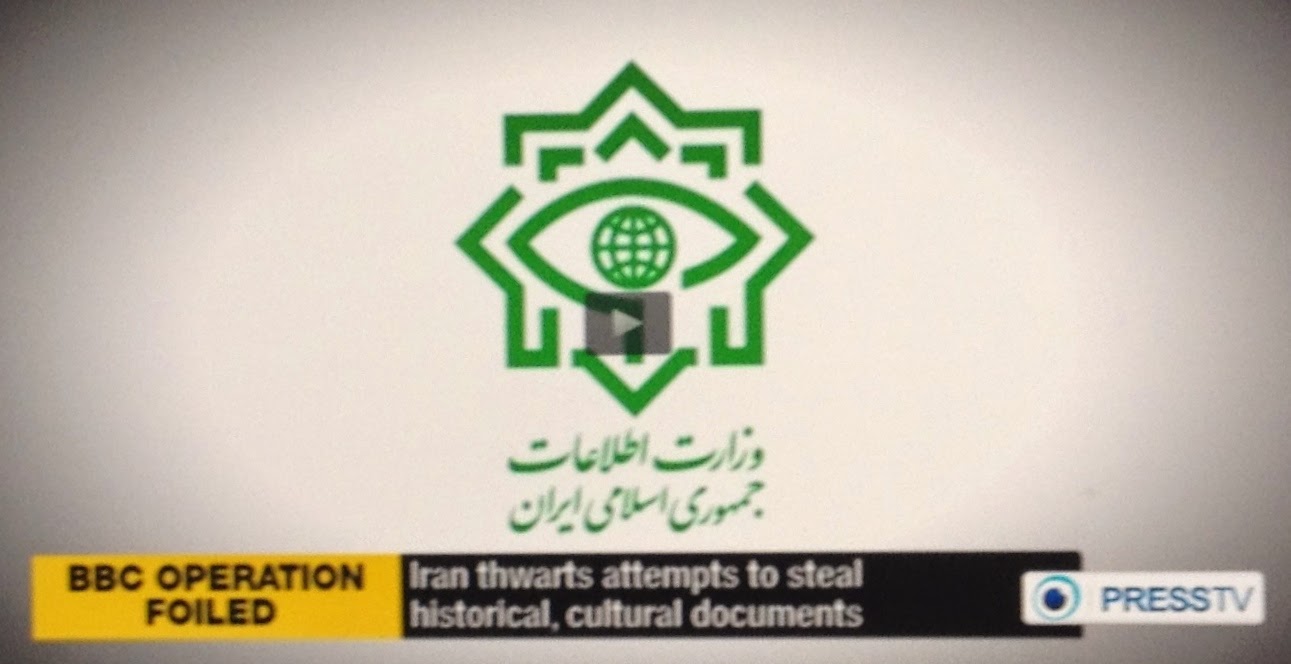 Orwellian Zionist shill UK regulator BANNED Press TV: In line with efforts made to make up for its failures, the Western media network has used its agents inside the country to pilfer historical documents from the country’s official archives, the ministry said on Sunday.
It added that the move, which was against media regulations and international law, has been monitored and nipped in the bud as a result of appropriate measures taken by the Iranian intelligence forces.

Is It Immoral To Hang Out With Statists?

To what degree is it immoral to maintain relationships with statists, theists and other people who have deranged beliefs? Are you an accomplice to a crime? Have you set events in motion which have led to immorality? Were you an accomplice to the War in Iraq? Once you make the philosophical case for the immorality of the use of force, how long do you give somebody before considering them morally complicit? What is the moral standing of those around you? Stefan Molyneux
Posted by Angelo Agathangelou at 7:04 pm No comments: Links to this post 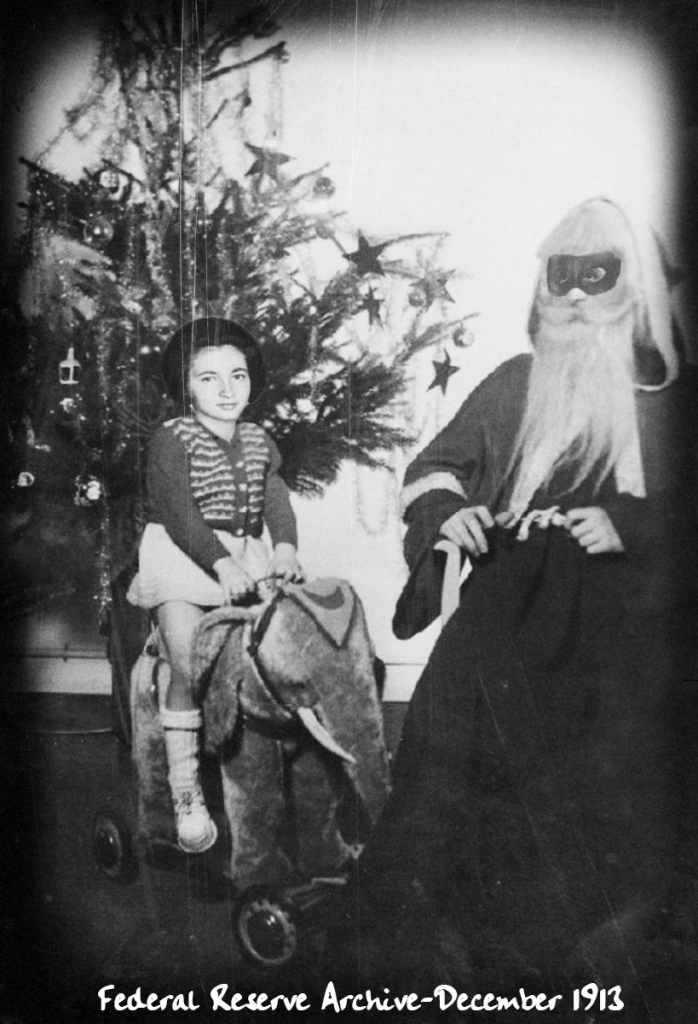 By Bryan Taylor: Ivar Kreuger was an industrial and financial genius who sought complete control over the operations of his global match conglomerate. At the height of his power, Kreuger ran a monopoly that controlled 75% of all global match sales. Kreuger succeeded, in part, by introducing innovations in finance that are still being used today, but which have also been used by companies such as Enron and others to deceive investors. His insatiable desire for complete control and the promises Kreuger made that couldn’t be kept led to the collapse of his company in 1932 and billions of dollars in losses to investors.
Miracle Man
Ivar Kreuger got his start in the construction business, introducing new engineering techniques in Sweden that enabled him to win contracts to build the Stockholm Olympic Stadium (1912) and Stockholm City Hall (1913).  He succeeded not only because he used the latest construction technology, but because Kreuger was able to complete these buildings on time and on budget.  Unlike other construction companies, Kreuger promised to pay a penalty if buildings were not completed by the contract date. He also asked that he receive a bonus if the projects were completed early, which they often were. Kreuger was a wheeler and dealer from the beginning. He knew how to incentivize his clients to both win contracts and to profit from them.
Although successful in the construction business, Kreuger focused on developing the match company his family owned. He established AB Svenska Förenade Tändsticksfabriker (Swedish Match) in 1918 and spun off the construction business to expand Kreuger and Toll’s match business.  Kreuger’s ultimate goal for the firm was the complete horizontal and vertical integration of the match business in Scandinavia, which he achieved.

Permission To Be Human

"IS IT MY TURN NOW?
...This is some 1984 shit miss Watson!"
DoctorRandomercam
Read more »
Posted by Angelo Agathangelou at 3:04 pm No comments: Links to this post

US Candidate For Governor Smokes Weed In Ad

"Marijuana is essential to our health." Anne Armstrong
Secular Talk: Anne Armstrong is running as a write-in candidate for governor of Rhode Island and her entire platform is based on legalizing marijuana. Armstrong is both a cannabis provider and patient, saying in a new campaign video that she uses it “every day.”

Hundreds of American protesters, angered by Israel’s recent deadly assault on the Gaza Strip, gathered at the Port of Oakland to block an Israeli ship from unloading its cargo.

Submitted by Tyler Durden: In a dramatic stroke of luck for the Kremlin, this morning there is hardly a person in the world who is happier than Russian president Vladimir Putin because overnight state-run run OAO Rosneft announced it has discovered what may be a treasure trove of black oil, one which could boost Russia's coffers by hundreds of billions if not more, when a vast pool of crude was discovered in the Kara Sea region of the Arctic Ocean, showing the region has the potential to become one of the world’s most important crude-producing areas, arguably bigger than the Gulf Of Mexico. The announcement was made by Igor Sechin, Rosneft’s chief executive officer, who spent two days sailing on a Russian research ship to the drilling rig where the find was unveiled today. 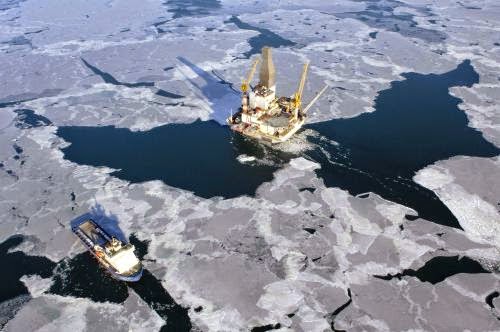 The oil production platform at the Sakhalin-I field in Russia,
partly owned by ONGC Videsh Ltd., Rosneft Oil Co., Exxon Mobil
Corp. and Japan's Sakhalin Oil and Gas Development Co. on June 9, 2009.
Read more »
Posted by Angelo Agathangelou at 7:40 am No comments: Links to this post

Ready Or Not... The Unsustainable Status Quo Is Ending

By Chris Martenson: I have to confess, it's getting more and more difficult to find ways of writing about everything going on in the world.
Not because there's a shortage of things to write about -- wars, propaganda, fraud, Ebola -- but because most of the negative news and major world events we see around us are symptoms of the disease, not the disease itself. 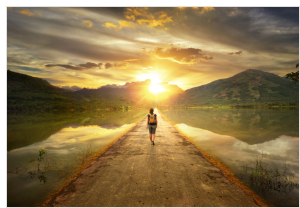 There are only so many times you can describe the disease, before it all becomes repetitive for both the writer and the reader. It's far more interesting to get to the root cause, because then real solutions offering real progress can be explored.
Equally troubling, in a world where the central banks have distorted, if not utterly flattened, the all important relationship between prices, risk, and reality, what good does it do to seek some sort of meaning in the new temporary arrangement of things?
When the price of money itself is distorted, then all prices are merely derivative works of that primary distortion. Some prices will be too high, some far too low, but none accurately determined by the intersection of true demand and supply.
If risk has been taken from where it belongs and instead shuffled onto central bank balance sheets, or allowed to be hidden by new and accommodating accounting tricks, has it really disappeared? In my world, risk is like energy: it can neither be created nor destroyed, only transformed or transferred.
If reality no longer has a place at the table -- such as when policy makers act as if the all-too-temporary shale oil bonanza is now a new permanent constant -- then the discussions happening around that table are only accidentally useful, if ever, and always delusional.

FBI Blasts Apple, Google Phone Encryption: It "Allows People To Be Beyond The Law" 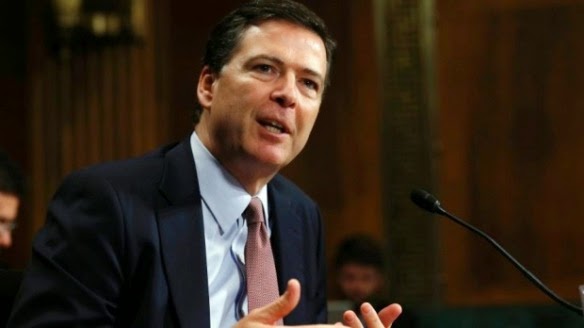 By Martin Armstrong: FBI director James Comey, who used to be the head prosecutor in NYC the most corrupt office in the system, had come out swinging at Apple and Google for developing forms of smartphone encryption so secure that law enforcement officials cannot easily gain access to information stored on the devices – even when they have valid search warrants. Of course, Mr Comey can only see the abuse of power of government as necessary and not the severe damage that has been done to the entire industry because of the abuse of the NSA and others.  He said he could not understand why companies would “market something expressly to allow people to place themselves beyond the law.” Perhaps he should not work for government and then he might get it.
Largely because of the abuse of government, which is by itself beyond the law that he cannot grasp, this is not a question of only criminals. This is a matter of personal privacy that a government if FREE – has not right to violate. This is not all about him. This is what those in government cannot see. There is a real world out here with a right to LIBERTY, FREEDOM FOR ALL, and the right to PRIVACY. It was government outlawing condoms that led the Supreme Court to draw the line and say no – there is a right to privacy. That right was established in Griswold v Connecticut. Just how does one enforce you are not using a condom? Do government agents storm into your bedroom to inspect before having sex? This is what Comey just does not understand – sorry you have no such right. Prove your cases the old fashion way – with detective work.

Read more »
Posted by Angelo Agathangelou at 5:15 am No comments: Links to this post

Cultural Misandry: How To Tame Men

By Peter Wright: Horses, dogs and men have one thing in common; they need training in order to shed their wild ways and become civilized. They need to be taught when to walk, run, sit, shit, play, work and of course, when to cease fighting and attempting rape.
Women will do this for them. 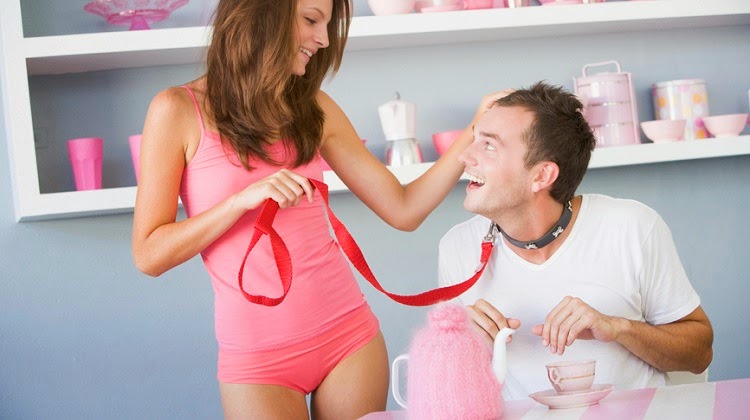 From the pony club to the dog obedience class, and all the way through to wedding and relationship-advice magazines teaching “How to get him to do xyz,” – women dominate the field of animal training.
Starting in childhood, girls are educated in the Pavlovian school of human interactions, learning sexual manipulation, shaming and relational aggression as powerful techniques that if properly applied, will help transform men, and even the baddest of badboys, into proverbial Good Men.™ Is it any wonder then that when a woman sees a badboy she sees a creature with ‘train me’ written across his forehead, a task for which her whole life has been but a preparation….. a lady won’t tolerate a feral animal wandering through the gynosphere, especially a handsome one, when she has the wherewithal to civilize him.
Lets take a little excursion through the history of taming.
Ancient Greece
Marriage is a particularly useful method by which men are tamed, so it’s no surprise that the institution has been around for thousands of years. Hera, the Ancient Greek goddess of marriage was nicknamed ‘The Tamer.’ She tamed horses, men and heroes and in some places was recognized as the tamer of the seasons, of nature, or of the universe itself.
Hera’s goal was to limit wildness and freedom by placing all creatures in service of civilized society.