By Don Quijones: Until the early eighties, divorce was not an option in Spain. The only way for a couple to end their marriage was by annulment or legal separation, both almost impossible to obtain. Because of the legal and financial obstacles to a formal split and the social stigma attached to failed marriages, particularly for women, many couples chose to live apart, in a situation that came to be known as “Spanish divorce.” 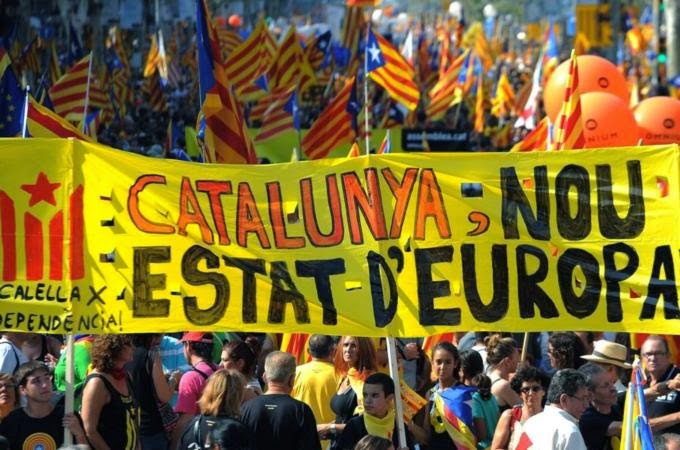 In many ways, this is what is playing out right now between Catalonia and the rest of Spain. The two parties are going through the rigmarole of a Spanish divorce. A huge majority of Catalans want, at the very least, the right to decide whether to stay in a loveless marriage with Spain or to seek real, lasting separation. For Madrid, an official divorce with its North-Eastern province is not just unpalatable, it’s unthinkable.

Read more »
Posted by Angelo Agathangelou at 10:21 pm No comments: Links to this post

Simone de Beauvoir: A Pedophile And Misogynist Shunned By The Nazis For Being A Cultural Marxist 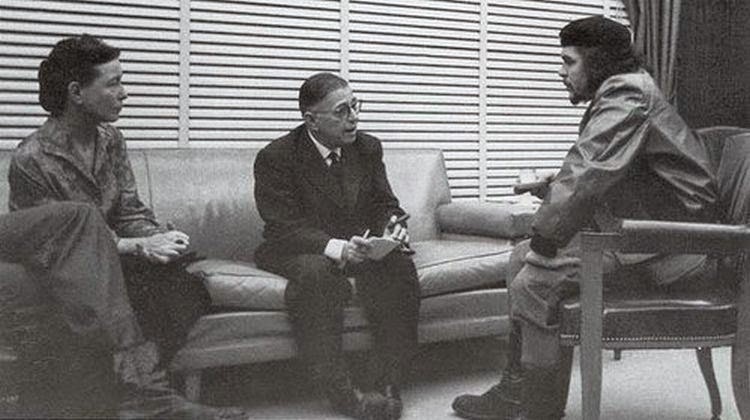 A while ago, a group of coffee-shop feminists was trying to convince me that feminism is not as bad as I say it is and that if I just read more about feminism, I would eventually understand. As an example to support this thesis, the aforementioned feminists recommended that I read the writings of Simone de Beauvoir, the French Marxist-feminist known for her book The Second Sex. Of course, those feminists were unable to fathom that someone had taken their ideology seriously enough to read its literature and then rationally end up utterly rejecting it. Just like the case with any other cult, such a thing is inconceivable for the true believers of the sect.
In the headline of this post, we made a series of allegations toward the eminent feminist and it’s only fair for us to prove them—which is exactly what we’re going to do in the following lines.

Read more »
Posted by Angelo Agathangelou at 8:39 pm No comments: Links to this post

The Catalan government says it will go ahead with its scheduled plan to hold the independence referendum requested by the people and Madrid knows what it can do with it's 'Spanish Constitutional Court order' attempt to suspend the vote. 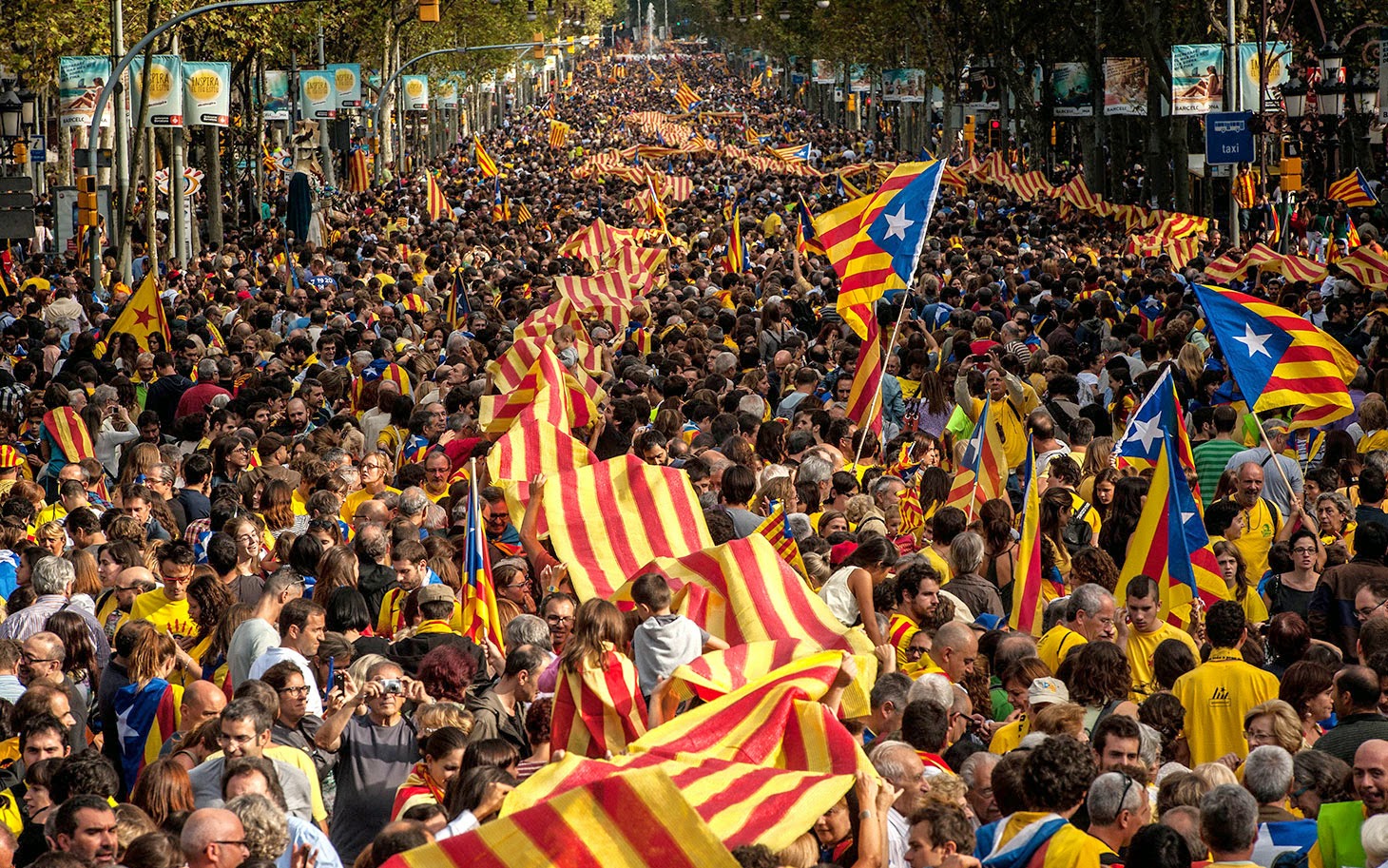 Orwellian UK regulator BANNED Press TV: Catalan President Artur Mas established a seven-member committee late on Thursday to supervise the referendum on Catalonia’s independence from Spain which is due to be held on November 9.
Earlier on Wednesday, the creation of the supervisory commission had been ratified in the Catalan parliament.

Read more »
Posted by Angelo Agathangelou at 7:37 pm No comments: Links to this post

15 Ways Women Are "Better" Than Men

...You don't hear midgets complaining!"
Read more »
Posted by Angelo Agathangelou at 5:22 pm No comments: Links to this post 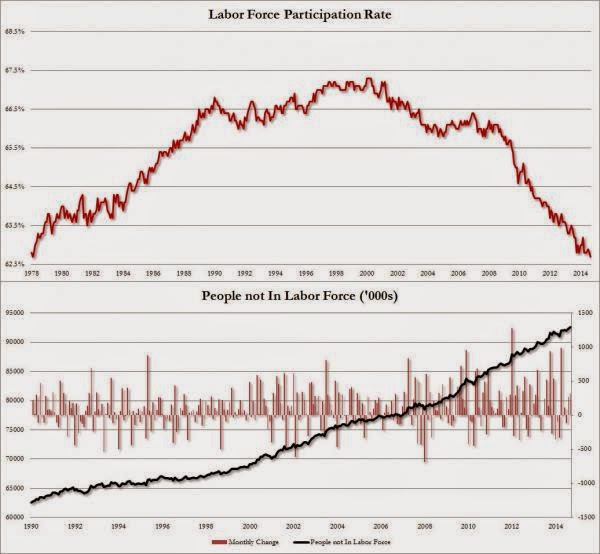 Submitted by Tyler Durden: While by now everyone should know the answer, for those curious why the US unemployment rate just slid once more to a meager 5.9%, the lowest print since the summer of 2008, the answer is the same one we have shown every month since 2010: the collapse in the labor force participation rate, which in September slid from an already three decade low 62.8% to 62.7% - the lowest in over 36 years, matching the February 1978 lows. And while according to the Household Survey, 232,000 people found jobs, what is more disturbing is that the people not in the labor force, rose to a new record high, increasing by 315,000 to 92.6 million!

Read more »
Posted by Angelo Agathangelou at 4:10 pm No comments: Links to this post

GlobalFaction
Posted by Angelo Agathangelou at 1:33 pm No comments: Links to this post

By Dr. Tara J. Palmatier: It is Day 3 of Domestic Violence Awareness Month. Today’s submission comes by way of Andybob via AVfM.

The following is a letter that was written by an Australian man for whom I, Andybob, have had the utmost respect throughout the three decades of our friendship. He is an intelligent and responsible man who found himself in a brief second marriage to an attractive, but, as he would soon discover, emotionally abusive, Russian woman, whom we shall call Natalia.
We should never underestimate the brutalizing effect that a woman like Natalia can have on a generous and trusting man like my friend, or how easily they can hide their dysfunction long enough to get that ring on their finger. Their entire relationship began and ended within one of the 11-month periods that I work outside Australia, so, I have never met Natalia.
The letter was intended for Natalia’s mother and eighteen year-old daughter because my friend feared that they may not have been aware of Natalia’s dysfunction. He quickly realized that this couldn’t possibly be true, and decided not to send it to either of them. It is important to keep in mind that, due to the letter’s intended recipients, this letter is the sanitized version of some of my friend’s experiences while married to Natalia.
I became determined to find a suitable way to share his letter because, as he was reading it to me, it occurred to me that I was probably the only person who genuinely wanted to hear of his experience with an emotionally abusive spouse. As with so many men who have been in his situation, it was apparent that he felt very isolated from most of his family and friends.
People, even loved ones, can become very uncomfortable and dismissive when men start talking about their pain – especially when they begin talking about how they have been emotionally hurt.

Gynocentrism: How DiGRA Caused The End Of Gamers, #Gamergate And #NotYourShield

"...a note for the anti-GamerGate people. Who the fuck do you people think you fucking are?" Sargon of Akkad

DiGRA is the poisoned spring from whence all of this evil flows. It needs further investigation. Everyone should investigate them further.
Read more »
Posted by Angelo Agathangelou at 6:56 am No comments: Links to this post

The Jewish State of Israel in the Levant – that’s how some pro-Palestine activists are now referring to what we call Is-Real-Hell. With the allusion to the Islamic State (IS, formerly ISIS/ISIL) that it created, tweeters are enjoying sharing the truth. 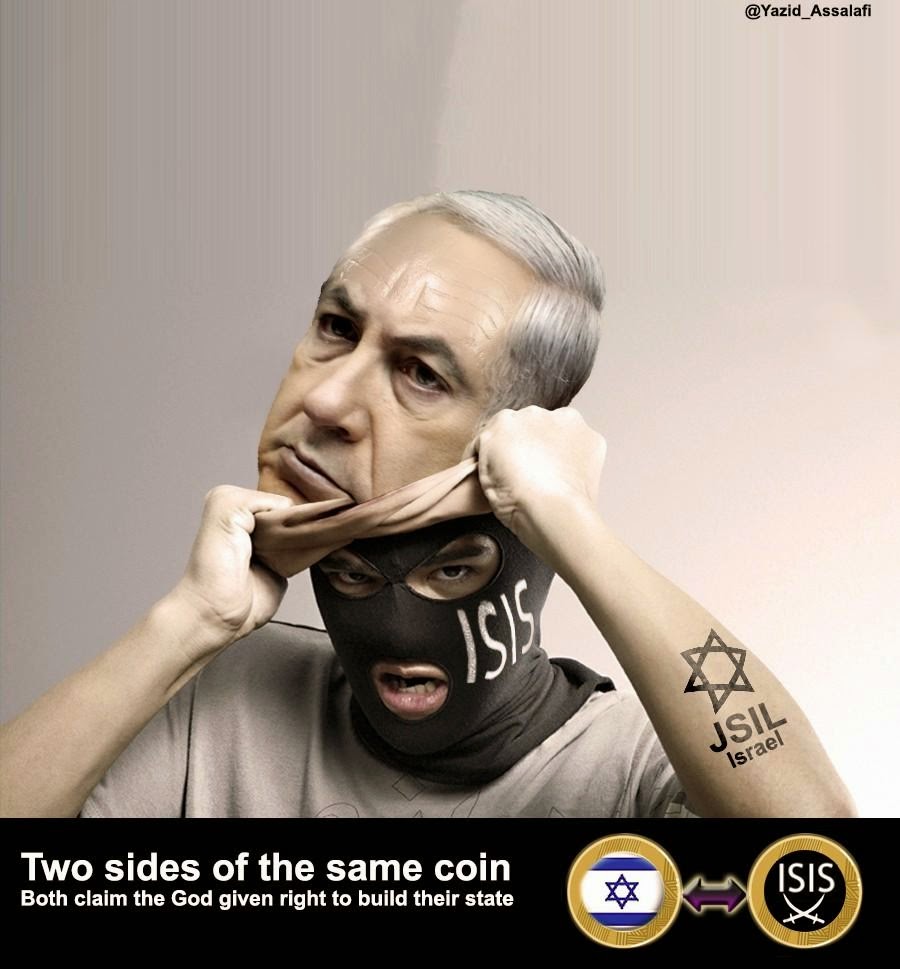 RT: Launched by journalists Max Blumenthal and Rania Khalek on Sunday, the #JSIL hashtag has become extremely popular on Twitter among critics of Israeli policies, reaching more than 5,200 retweets a day at its peak.
The new tag refers to the tactics used by the two states’ military forces, with destroyed homes and thousands of refugees among their consequences.
Journalist and activist Max Blumenthal was first to make an analogy between Israel and the Islamic State during a session of the Russell Tribunal on Palestine. Having no legal status, it calls itself ‘a Tribunal of conscience’, and has been working on finding a peaceful solution to the Israeli-Palestinian conflict since 2010. 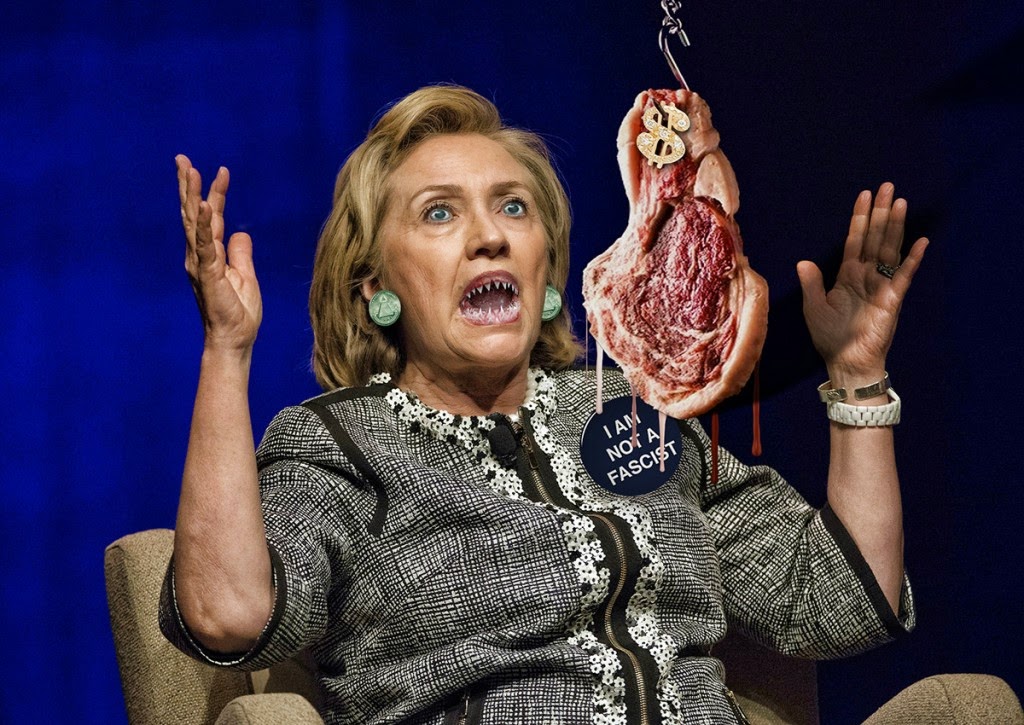 By Michael Krieger: Ray McGovern, the former C.I.A. analyst has been a vocal critic of the oligarch cesspool of fraud and deception that these United States has decayed into. I highlighted some of his criticisms a year ago in the post, Ray McGovern: “Obama is Afraid of the C.I.A.”, in which he memorably stated:


I think he’s just afraid and he shouldn’t have run for president if he was going to be this much of a wuss.

Well, Mr. McGovern is back in the news. This time it’s for daring to turn his back on your royal highness, Hilary Rodham Clinton, in an act of non-violent public protest. We learn from Bill Moyers that:


McGovern is a changed man. He started out in the Army, then he worked for the CIA from the Kennedy administration up through the first Bush presidency, preparing the president’s daily intel brief. He was a hell of a spy. McGovern began to see the evil of much of the government’s work, and has since become an outspoken critic of the intelligence world and an advocate for free speech. He speaks on behalf of people like Julian Assange, Chelsea Manning and Edward Snowden.

NextNewsNetwork: In a word association game, If I said Switzerland, you might say cheese or chocolate or maybe the alps. But another common item everyone associates with the Swiss is their money. Their banks. Their currency.

Soon, that currency could change in a big way. This November, a Swiss Gold Referendum is going to a vote, and the repercussions, one way or the other, could cast a shadow of uncertainty on the US dollar. Nearly one-third of the Swiss Franc used to be guaranteed by gold reserves, not it’s less than 8 percent. If THIS VOTE goes through, the Swiss will be forced to raise the gold reserve back up to 20 percent.

Read more »
Posted by Angelo Agathangelou at 1:28 am Links to this post