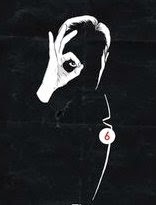 He is right. But to think this is all about economics is to underestimate the voters. Most wearily realise there is not a huge amount of blue water between the parties’ policies on tax and spending or any other policy for that matter. To nail the problem Kellner needs to think culture.
The clue is to be found in his polling revelation that no other leading Labour MP would make much difference to the party’s chances - bar Alan Johnson who would boost Labour’s support (but won’t play ball) or David Miliband (who is not in play). The second clue is the fact that neither Ed Balls nor Yvette Cooper would do any better than Miliband - and Cooper would do worse.
Yet neither Kellner – nor anyone else over the last few days - asks why? What is it about this particular trio of its leading lights that has become so unpalatable to the ordinary Labour voter? What do they represent that Johnson and Miliband senior don’t or do less so?
The truth, I suspect, is one that everyone knows but dare not admit.   Like the emperor’s new clothes, no one on the left, not even the UNITE union boss Len McCluskey, dare own up to how very unattractive is this new breed of right-on, feminist Marxists who have taken over the people's party.

Read more »
Posted by Angelo Agathangelou at 11:58 pm No comments: Links to this post

The Prospect Of Nuclear War

By Paul Craig Roberts: Most Americans live in their myths, and these myths are immune to facts. Some Americans become angry when confronted with information inconsistent with their preconceptions. I began learning this back in the newsprint era from letters, and the lesson has continued from emails and comment sections on websites.

Postal letters and emails are outlets that permit a reader to let off steam by lambasting a writer, but comment sections permit readers to share their outrage with all the website’s readers in addition to the writer and to gang up on and slander a writer.
Websites, such as OpEdNews and Information Clearing House, that I permit to repost my columns return the favor by having comment sections in which government trolls, assorted kooks, Reagan haters, and uninformed individuals can slander me, assault my reputation, misrepresent what I write, and do their worst to counteract the information that I supply to readers. Trolls and their ilk do the same thing to any number of writers who try to compensate for the absence of an honest Western media. Look at who is under attack. It is not the presstitutes at the New York Times, Washington Post, and Fox News; it is Julian Assange and Glenn Greenwald, for example. One is said to be a rapist, and the other an accessory to the theft of documents. 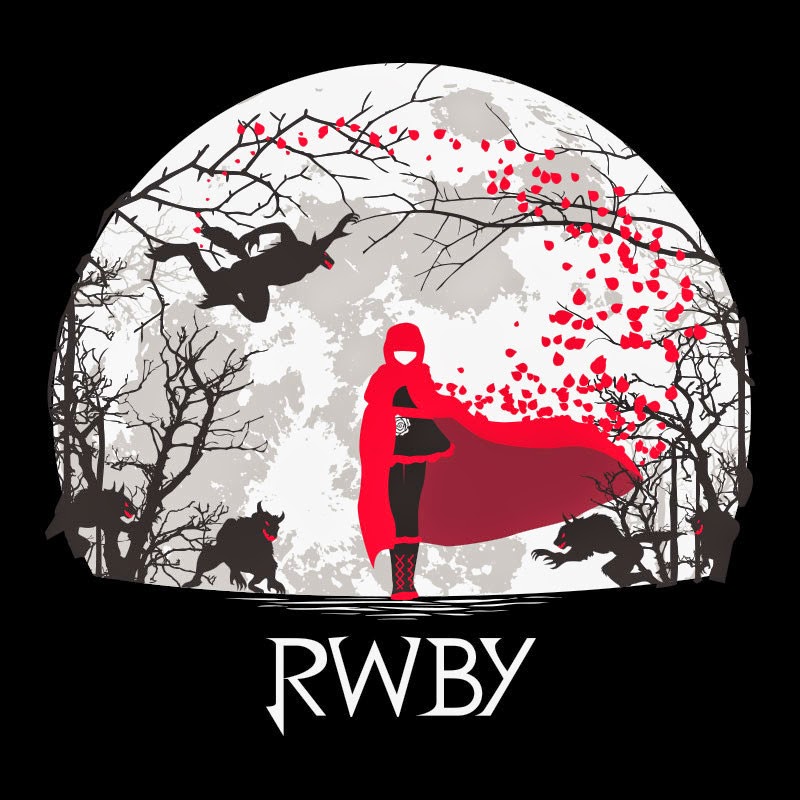 By Clint Carpentier: I stumbled across the following video recently, and I immediately thought about the first four Honey Badgers.
Keep in mind, this is for the following video only; I’ll get in-depth after.
Red: Alison Tieman
White: Hannah Wallen
Black: Diana Davison
Yellow: Karen Straughan
I’ve since watched the RWBY series and I’m quite impressed by the content, even the nostalgic, old-school digital animation. Given that the stars are mostly female, all the characters are dynamic in one way or the other. This series is a new spin on the fairy tales as we know them. For instance:
Read more »
Posted by Angelo Agathangelou at 9:57 pm No comments: Links to this post

JP Morgan’s worst nightmare - Alayne Fleischmann, a former employee in their diligence department willing to provide the evidence of their crimes packaging toxic mortgages into securities which were then sold on to investors.

Read more »
Posted by Angelo Agathangelou at 8:35 pm No comments: Links to this post

The Price Of Vagina In The MHRM

johntheother: The point here is not to attack Paul or AVFM. Rather, because they are a significant platform of the men's movement, to motivate them to correct mistakes, and be less sloppy.

The Truth About World War I: The Hidden History

Stefan Molyneux: The hidden history of World War One: how and why the West almost committed suicide, and how far the shadows of the Great War stretch into the present - and the future.

If Everything Is Just Fine, Why Are So Many Really Smart People Forecasting Economic Disaster? 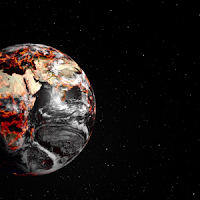 By Michael Snyder: The parallels between the false prosperity of 2007 and the false prosperity of 2014 are rather striking.  If we go back and look at the numbers in the fall of 2007, we find that the Dow set an all-time high in October, margin debt on Wall Street had spiked to record levels, the unemployment rate was below 5 percent and Americans were getting ready to spend a record amount of money that Christmas season.  But then the very next year the worst economic crisis since the Great Depression shook the entire planet and everyone wondered why most people never saw it coming.  Well, now a similar pattern is unfolding right before our eyes.  The Dow and the S&P 500 both hit record highs on Monday, margin debt on Wall Street is hovering near record levels, the unemployment rate has ticked down a little bit and Americans are getting ready to spend more than 600 billion dollars this Christmas season.  The truth is that the economy seems pretty stable for the moment, and most people cannot even imagine that an economic collapse is coming.  So why are so many really smart people forecasting economic disaster in the near future?
For example, just consider what the Jerome Levy Forecasting Center is saying.  This is an organization with a tremendous economic forecasting record that goes all the way back to the Great Depression.  In fact, it predicted ahead of time the financial trouble and the recession that would happen in 2008.  Well, now this company is forecasting that there is a 65 percent chance that there will be a global recession by the end of next year...

What's Behind Lower Gas-Prices and the Bombings of Syria and of Eastern Ukraine: Obama Represents U.S. & Arabic Aristocracies, Against Those of Russia & Iran
By Eric Zuesse: The following report reconstructs U.S. President Barack Obama's foreign policy, on the basis of what I have deemed to be reliable news accounts of his Administration's actions, not of its mere words. This reconstruction is grounded in the linked-to news-sources, all of which I have investigated and verified -- and some of which I wrote. The ones that I wrote are themselves sourced to the links within those reports, all of which I have, likewise, personally checked and verified. Consequently, the chain of verifications back to this reconstruction's primary sources is available to any online reader, and every reader is encouraged to track back to its ultimate source any allegation that might appear to be at all questionable to him or her in the present article. Not only will this exercise be helpful to the reader concerning that given point at question, but it will open that person to an associated world of deeper discovery, which I hope that this news-report and analysis will do for many readers, and which is the reason I wrote it: so as to share with others what I and other careful and cautious researchers have discovered, though it might be, in some instances, starkly at variance with what our Government, and most of the press, have been more commonly presenting as ‘truth' about these matters. At least, this exercise will provide an alternative frame of reference regarding these issues, an alternative possibility to consider, and which I have verified, from every root to every branch, in this tree of historical reconstruction of the events.

United Nations Secretary General Ban Ki-moon has set up a board of inquiry to probe deaths, injuries and damage to UN premises in Gaza during JSIL's (Israel) genocide in the coastal sliver during the summer. 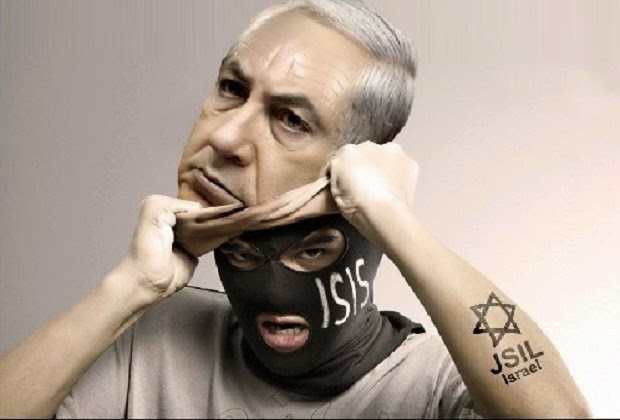 Read more »
Posted by Angelo Agathangelou at 9:41 am No comments: Links to this post

Talking: A Weapon Of Mass Destruction Against One Of The Leading Causes Of Male Deaths

By Josh Rivedal: Men are willing to talk about almost anything—the size of their prostate glands, or how much Viagra they’re allowed to take—but they’re still not willing to be open about their mental health. If men want to live long, healthy, and productive lives, it’s absolutely crucial that we change the dialogue surrounding men’s mental health. 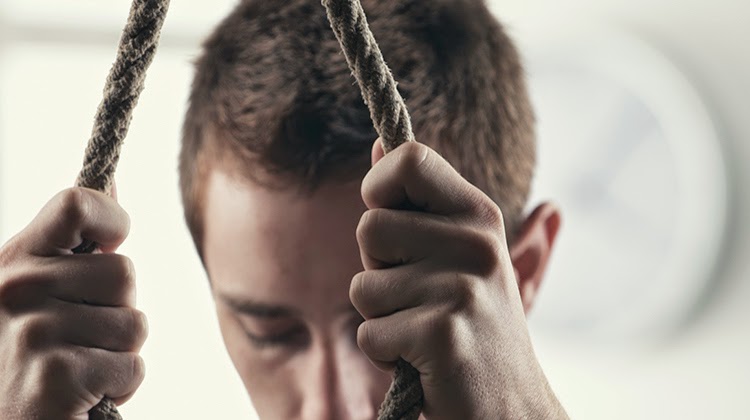 I lost my father, Douglas, to suicide in 2009. Douglas lost his father, Haakon, to suicide in 1966. Each suffered from undiagnosed mental health conditions and each suffered in silence because of the stigma surrounding men talking about and getting help for mental illness.
Haakon—a Norwegian man who served in the Royal Air Force (35th Squadron as a tail gunner) in World War II—killed himself in 1966 because of the overwhelming post-traumatic stress he suffered due to the war. Douglas, an American man who was chronically unhappy and abusive, may have been clinically depressed for a very long time, but my mother filing for divorce was a catalyst (not the cause) for his action in taking his own life.
There’s a relatively new case study in The Journal of Men’s Health that says that men are affected tremendously by divorce. They have higher rates of alcohol and drug abuse and depression and detach themselves from personal relationships and social support.

Read more »
Posted by Angelo Agathangelou at 5:43 am No comments: Links to this post

Has House Of Commons Condemned JSIL Zio-Nazi Attack On You? - George Galloway MP

WD: JSIL Zio-Nazi's like George's attacker have been severely brain rinsed and need treatment. The treatment of George in the commons exemplifies the negative quality of ceding responsibility to so called professionals.

Read more »
Posted by Angelo Agathangelou at 4:03 am No comments: Links to this post