Revelations From The US Torture Report – CIA Lies, Nazi Methods And The $81 Million No-Bid Torture Contract

By Michael Krieger: After initially helping to devise the “enhanced interrogation” efforts, they were designated as the only two contractors allowed to oversee these interrogations at sites around the world. In 2005, they formed a company to receive contracts from the CIA. According to the Senate report, the base value of their contract in 2006 was in excess of $180 million.
By the time the CIA terminated their contract in 2009, the consulting firm founded by the two men had collected $81 million in taxpayer money. In May of that year, ProPublica reported, the firm abruptly gave up the lease on its Spokane, Washington, headquarters and disconnected the phone.
Still, according to the Senate report, the CIA will provide $5 million in indemnity costs to the firm to cover all legal expenses for potential criminal prosecution and investigations through 2021.
– From the Huffington Post article: Architects Of CIA Torture Program Raked In $81 Million, Report Reveals
One of the greatest propaganda successes of the consolidated and corporate owned mainstream media in the US has been its ability to convince many naive Americans that people with fascist tendencies do not exist in our society, and it they do, they certainly don’t reside in the highest halls of power.

Not Everything Is Black And White, Eddie

By Mark Dent: It pains me as a passionate supporter of the Collingwood Football Club to concede that our president, Eddie McGuire, is an embarrassment whenever he decides to speak on the subject of women and how our society treats them.
The formula is so infuriatingly predictable and lacking in any meaningful insight that one wonders how he can happily put his name to such tosh.

Recently (“Celebrities such as Katy Perry entitled to rights and privacy,” Herald Sun, November 28), McGuire decided it was time to remind all of the women out there that he has got their back and, knockabout bloke though he may be, he will not tolerate the subjugation or sexual objectification of women.
McGuire begins his article with words that are so blatantly inaccurate that I found myself thumbing the pages of an English dictionary to see whether the word secret had been redefined in recent days.
No.
A secret is defined as something that is kept or meant to be kept unknown or unseen by others.

Feminism vs. The Female Brain

Posted by Angelo Agathangelou at 5:37 pm No comments: Links to this post 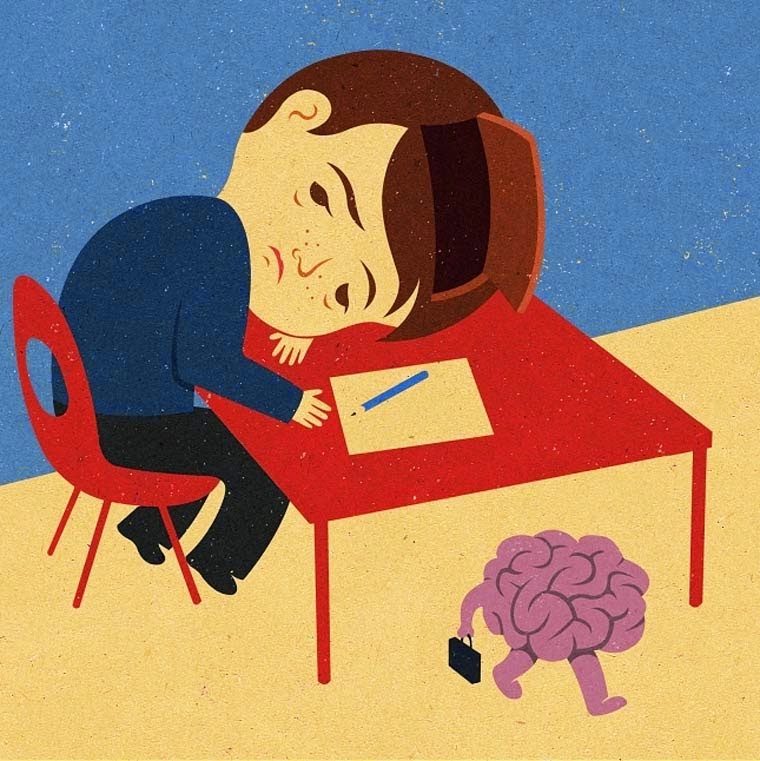 On the wall of George Orwell's Ministry of Truth from his novel 1984 there were three slogans:

WAR IS PEACE
FREEDOM IS SLAVERY
IGNORANCE IS STRENGTH

It occurred to me that these apply just a little bit too well to the way the Washington, DC establishment operates.
War certainly is peace: just look at how peaceful Iraq, Afghanistan, Yemen, Libya, Syria and the Ukraine have become thanks to their peacemaking efforts. The only departures from absolute peacefulness which might be taking place there have to do with the fact that there are some people still alive there. This should resolve itself on its own, especially in the Ukraine, where the people now face the prospect of surviving a cold winter without heat or electricity.
Freedom is indeed slavery: to enjoy their “freedom,” Americans spend most of their lives working off debt, be it a mortgage, medical debt incurred due to an illness, or student loans. Alternatively, they can also enjoy it by rotting in jail. They also work longer hours with less time off and worse benefits than in any other developed country, and their wages haven't increased in two generations.
And what keeps it all happening is the fact that ignorance is indeed strength; if it wasn't for the Americans' overwhelming, willful ignorance of both their own affairs and the world at large, they would have rebelled by now, and the whole house of cards would have come tumbling down.

Amazon Moon Bitches on the Moon

HoneyBadgerRadio: Over the Garden Wall, a tale of two brothers and their strange adventures in an even stranger forest. Will they ever get back home before the Beast finds them?

Black Dynamite! Let me tell you a storay! He's a mean muthaf*cka and he's super bad! Hold on tight, it's time for Black Dynamite!

Time traveler, crazy kid or something more insidious? Let's take a good look at Donnie Darko. Then maybe have some hasenpfeffer.

ERB
Read more »
Posted by Angelo Agathangelou at 11:53 am No comments: Links to this post

BEIJING WE’VE GOT A PROBLEM 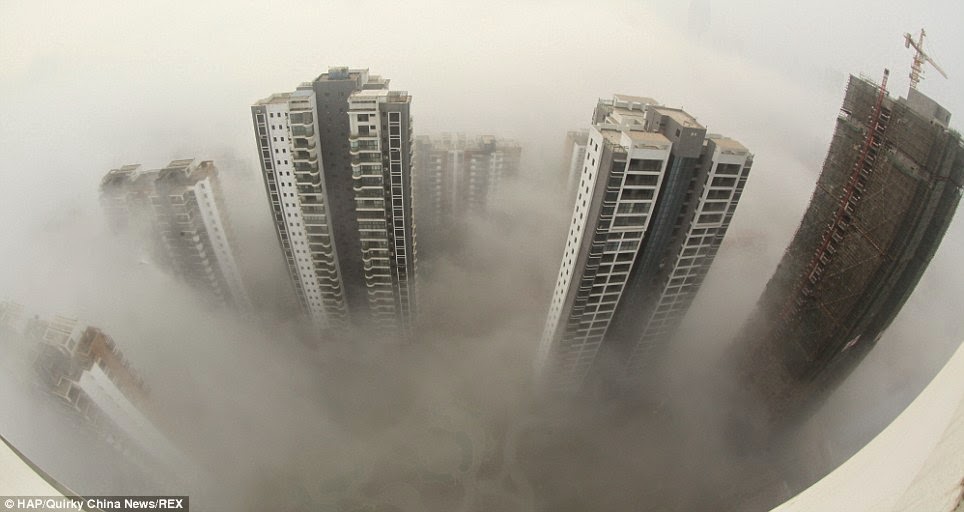 By Simon Black: The Chinese stock market hit a four year high today at 3,020. This is up 53% since the middle of 2013 low and up 48% in the last six months. I guess this must mean the Chinese economy is operating on all cylinders. If you think so, you’d be wrong. Barron’s interviewed a no-nonsense woman who has lived, worked and analyzed China from within since 1985. Anne Stevenson-Yang has spent the bulk of her professional life there working as a journalist, magazine publisher, and software executive, with stints in between heading up the U.S. Information Technology office and the China operations of the U.S.-China Business Council. She’s now research director of J Capital, an outfit that works for foreign investors in China doing fundamental research on local companies and tracking macroeconomic developments.
This lady is about as blunt as you can get about Chinese fraud, lies, mal-investment, and data manipulation. The entire Chinese economic miracle is a fraud. The reforms are false. The leaders are corrupt and as evil as ever. The entire edifice is built upon a Himalayan mountain of bad debt.
The slave labor manufacturer for the world’s mal-investments since 2008 make Japan look like pikers.


China, for all its talk about economic reform, is in big trouble. The old model of relying on export growth and heavy investment to power the economy isn’t working anymore.
Read more »
Posted by Angelo Agathangelou at 10:36 am No comments: Links to this post

The School of the Americas, the Shock Doctrine, systemic racism and the new DNA-altering technology that makes poop smell like bananas…

Read more »
Posted by Angelo Agathangelou at 6:41 am No comments: Links to this post

CIA Torture: What Should We Think? Bastards!

"Fox supports the oppression of Americans!"
Reaction to news that a landmark report on CIA torture

Posted by Angelo Agathangelou at 5:26 am No comments: Links to this post

Not Just Oil: Guess What Happened The Last Time Commodity Prices Crashed Like This?… 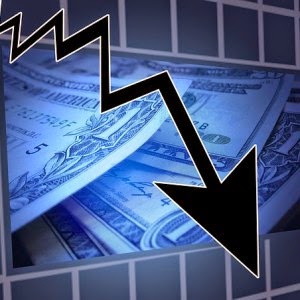 By Michael Snyder: It isn’t just the price of oil that is collapsing.  The last time commodity prices were this low was during the immediate aftermath of the last financial crisis.  The Bloomberg Commodity Index fell to 110.4571 on Monday – the lowest that it has been since April 2009.  Just like junk bonds, industrial commodities are a very reliable leading indicator.  In other words, prices for industrial commodities usually start to move in a particular direction before the overall economy does.  We witnessed this in the summer of 2008 when a crash in commodity prices preceded the financial crisis in the fall by a couple of months.  And right now, we are witnessing what may be another major collapse in commodity prices.  In recent weeks, the price of copper has declined substantially.  So has the price of iron ore.  So has the price of nickel.  So has the price of aluminum.  You get the idea.  So this isn’t just about oil.  This is a broad-based commodity decline, and if it continues it is really bad news for the U.S. economy.
Of course most Americans would much rather read news stories about Kim Kardashian, but what is happening to the prices of these industrial metals at the moment is actually far more important to their daily lives.  For example, when the price of iron ore goes down that is a strong indication that economic activity is slowing down.  And that is why it is so troubling that the price of iron ore has almost sunk to a five year low.  The following comes from an Australian news source…

The price of iron ore has held below $US70 a tonne in overnight trade, leaving its five-year low within reach.

"85 people in the world have as much dough as 3.5 billion, essentially half the world."
Many economists have discussed the impending economic collapse of the United States for years - but why hasn't it happened yet? Were they wrong - or is there something else going on? Stefan Molyneux and Gerald Celente discuss the dangers of the current economic system, who's really running the show, the disastrous military blow-back and the impact of never-ending war on a worldwide stage.

Read more »
Posted by Angelo Agathangelou at 1:27 am No comments: Links to this post