Author note: This review of Ascension, Chapter 2 includes spoilers of Chapter 1 as well as a few of Chapter 2. (Heh—the difference between a spoiler alert and a trigger warning: one respects your adult suspension of disbelief and the other treats you like a child.)—AL 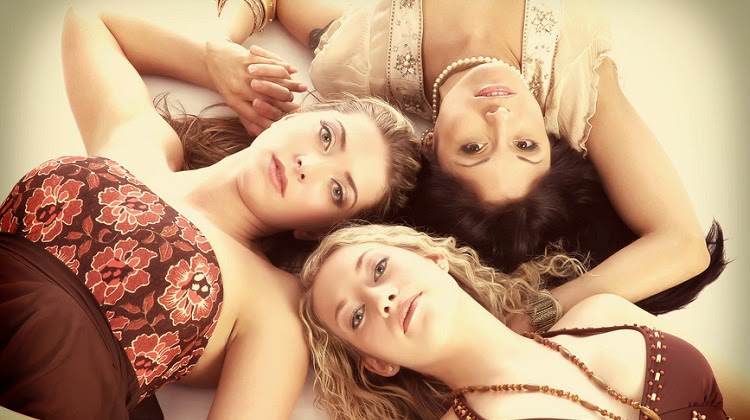 By August Løvenskiolds: Love it or hate it, passions about the December 15 airing of Ascension, Chapter 1 are running hot on Twitter:


@andrearoth888 #Ascension is quite literally out of this world fantastic. Ready for night 2 on @SyfyTV, With a great cast!

#Ascension: @SyFyTV‘s idea of #PeytonPlace in SPAAACE! God what a lump of ludicrous dung to disgrace the tube.

The closing scene of Ascension, Chapter 1 revealed the overarching truth: the supposed intergalactic mission never left the Earth’s surface and is, primarily, in year 51 of a 100-year sociological experiment in which the onboard participants have, ostensibly, no clue that their space journey is a hoax with ulterior motives.
For the science fiction viewer, this is a wretched letdown, a Wizard of Oz moment when we see behind the curtain and are disabused of any pretense that we are watching an epic of hard science fiction (or in the case of Oz a real wizard).
Luckily for me, studying the plot twists, gender issues, and occasional naked bottom was sustenance enough to keep me interested.
Read more »
Posted by Angelo Agathangelou at 11:33 pm No comments: Links to this post

#JSIL: Return Of The US Jewish Neocons

"Jews sinking their fangs into Christian Russia. The Jewish world guarded by gentile youth. ...Will we side with warmongering Jews pushing us into a nuclear war with Russia, or will we side with peace makers around the world, who've had enough of Jewish murders and genocide?" Brother Nathanael
Posted by Angelo Agathangelou at 10:09 pm Links to this post

US To Restore Diplomatic Relations With Cuba: Obama

US President Barack Obama has announced that the United States and Cuba will restore diplomatic relations more than 50 years after they were broken.
Press TV: Speaking from the White House on Wednesday, Obama announced the end of what he acknowledged was a "rigid" policy of isolation of Cuba which had been ineffective.
Obama said a new chapter has opened in Washington’s ties with Cuba and that he wanted to have a serious debate with Congress about the prospects of lifting a half-century trade embargo on Havana.
"I do not believe we can continue doing the same thing for over five decades and expect a different result," Obama said of the Cuban embargo. "Isolation has not worked."

Rape Accusations Are All Lies Until Proven Otherwise

By Paul Elam: So help me God, the next time I hear some feminist dimwit like Zerlina Maxwell crowing about how we “must believe the victim,” I am going to hack off one of my toes just to get my mind off the pain in my head from having to listen to this bullshit.

First of all, unless something has been proven in a court of law, the word “victim” should remain forever in scare quotes. You know why? Because we have something, however dwindling, called a criminal justice system. That carries with it certain principles, like the presumption of innocence.
Let me explain a little about what that means. I will try to break it down real simple-like, so that even rape journalists like Maxwell can comprehend it—when she isn’t glassy-eyed with zealous misandry.
Presumed innocence means those exact words. Literally. It means that if you are sitting on a jury, or just sitting at your laptop or TV, you must assume that whoever is getting the finger pointed at them at the moment didn’t do a damn thing. You must assume that they were just living their life, minding their own business, but for some reason that you know absolutely nothing about, they were scooped up by police and charged with a crime for which the prosecutor believed there was enough provable evidence to convict them beyond a reasonable doubt.
Until that conviction comes, they are legally and morally innocent.

By Bill Bonner: Stock markets have been slipping all over the world, especially in Europe. But outside of Russia, and maybe Greece, so far there is no sign of real panic. That will come later. 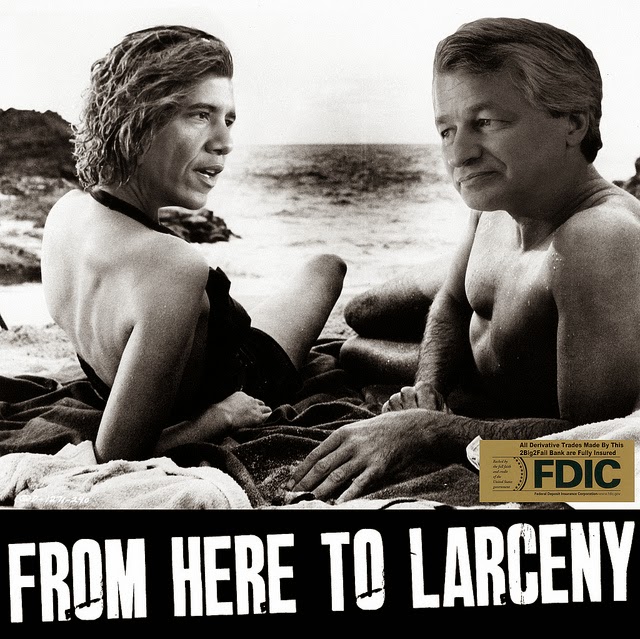 We’re spending this week in Washington, zombie watching. Yesterday, we spent the evening in the lobby of The Willard hotel. A choir sang carols.

Hark the herald angels sing,
“Glory to the newborn King!”

In one corner a group of cronies sat negotiating a deal; whose ox they were goring we don’t know. Pairs of women sipped their champagne and nibbled their cookies. A few tourists gawked at the splendor of it: a Christmas tree worthy of Yosemite… ceilings rivaling those of the Louvre.
Your editor – his laptop in one hand and a glass of Cabernet in the other – sat in another corner, enjoying the singing and inconspicuously recording events.
As Timeless as Prostitution
Politics is the leading industry in this town. When JPMorgan Chase CEO Jamie Dimon was on line on Thursday, the other end of the line was here. Dimon was adding his backing to the so-called “cromnibus” bill – which, among other things, again allows Wall Street banks to take risky derivative bets with consumer deposits.
Read more »
Posted by Angelo Agathangelou at 3:17 pm No comments: Links to this post

A Full-Blown Economic Crisis Has Erupted In Russia 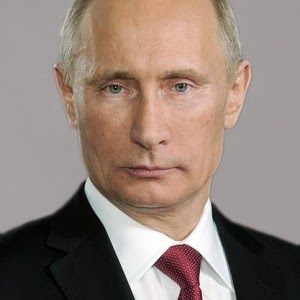 By Michael Snyder: The 8th largest economy on the entire planet is in a state of turmoil right now.  The shocking collapse of the price of oil has hit a lot of countries really hard, but very few nations are as dependent on energy production as Russia is.  Sales of oil and natural gas account for approximately two-thirds of all Russian exports and approximately 50 percent of all government revenue. So it should be no surprise that the fact that the price of oil has declined by almost 50 percent since June is absolutely catastrophic for the Russian economy.  And when you throw in international sanctions, wild money printing by the Central Bank of Russia and unprecedented capital flight, you get the ingredients for an almost perfect storm.  But those of us living in the western world should not be too smug about what is happening in Russia, because the nightmare that is unfolding over there is just a preview of the economic chaos that will soon envelop the whole world.

Read more »
Posted by Angelo Agathangelou at 10:43 am No comments: Links to this post

By Mark Dent: David Penberthy’s article “Puerile Trash Avoids Facts on Violence” (Sunday Herald Sun, 21/9/14) is the perfect example of what makes any call for an equal focus on male suffering in any form an almost futile task in today’s society.
Any time a person is brave enough to suggest that our gender-specific campaigning against domestic violence (DV) is in fact a wrong and bigoted approach to a social problem, that person is received with sarcasm, mockery, belittlement, and scorn. This is why it takes such courage to speak up on behalf of men. Even many men disregard or entirely ignore the suffering of their own gender. This is not surprising because contrary to what many feminists would have us believe, it is the natural instinct of the vast majority of men to be far more concerned about protecting or saving women and children from harm than to be concerned about the violence or abuse perpetrated upon men.
Penberthy has taken issue with Gary Johns, who wrote an article decrying aspects of the anti–domestic violence movement. Johns took the brave stance of suggesting that violence against men needs to be acknowledged and addressed and that our focus on women only is imbalanced and unjust. Penberthy begins his article with a reference to members of the men’s movement as “petals” and then says Johns is far too intelligent to belong to such a movement.
It says so much about the blinkered, biased lens through which Penberthy views any discussion of gender and the issues men in particular are facing when his opening words call men who wish for more attention to be given to male victims of domestic violence “petals” and unintelligent.
Like many others who deride any suggestion that women abuse men in a manner that is comparable to male abuse of women, Penberthy paints a stereotypical picture:

Read more »
Posted by Angelo Agathangelou at 8:52 am No comments: Links to this post

North Korea Asked The UN To Punish U.S. For Torture + US Commentator Says CIA Should 'Cut Off Fingers & Toes'

P.S. There is less wrong with Greek national socialism [a reaction to poverty] v current US and UK bankocracy [a pillage by the 0.001%].﻿

Read more »
Posted by Angelo Agathangelou at 4:58 am No comments: Links to this post 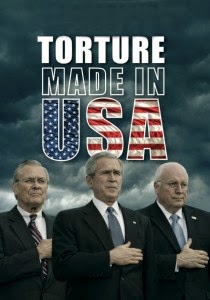 By Michael Krieger: Ever since the torture report was released last week, U.S. television outlets have endlessly featured American torturers and torture proponents. But there was one group that was almost never heard from: the victims of their torture, not even the ones recognized by the U.S. Government itself as innocent, not even the family members of the ones they tortured to death. Whether by design (most likely) or effect, this inexcusable omission radically distorts coverage.
Whenever America is forced to confront its heinous acts, the central strategy is to disappear the victims, render them invisible. That’s what robs them of their humanity: it’s the process of dehumanization. That, in turns, is what enables American elites first to support atrocities, and then, when forced to reckon with them, tell themselves that – despite some isolated and well-intentioned bad acts – they are still really good, elevated, noble, admirable people. It’s hardly surprising, then, that a Washington Post/ABC News poll released this morning found that a large majority of Americans believe torture is justified even when you call it “torture.” Not having to think about actual human victims makes it easy to justify any sort of crime.

Myth Vs. Reality: Universal Suffrage in the UK

The popular belief is that the suffragettes won the vote for women and before that men already had the vote. Both these beliefs are false. 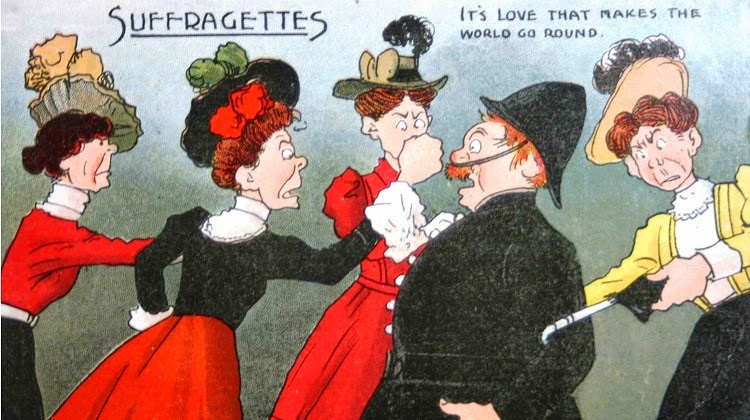 By William Collins: What follows is a story that almost no one knows about the true history of universal suffrage in the UK. I have pieced it together partly by reading the parliamentary records from 1917 (these records are known as Hansard).
The true history of universal suffrage in the UK is the history of the working-class struggle, not a gendered issue at all.
The property-based right to vote goes back at least to King Henry VI in 1432, when it was established that only people owning property worth 40 shillings or more could vote. Since this sum remained unchanged over centuries, the natural effect of inflation was to increase the size of the electorate. But even by the eighteenth century, the electorate was still only about 1% or 2% of the population (though virtually all men).

Read more »
Posted by Angelo Agathangelou at 2:06 am No comments: Links to this post

Bood-bathing in the oil related markets - from the Dubai stock exchange to the West Australian fracking company gone bust to some of the highest paid jobs in America being laid off.